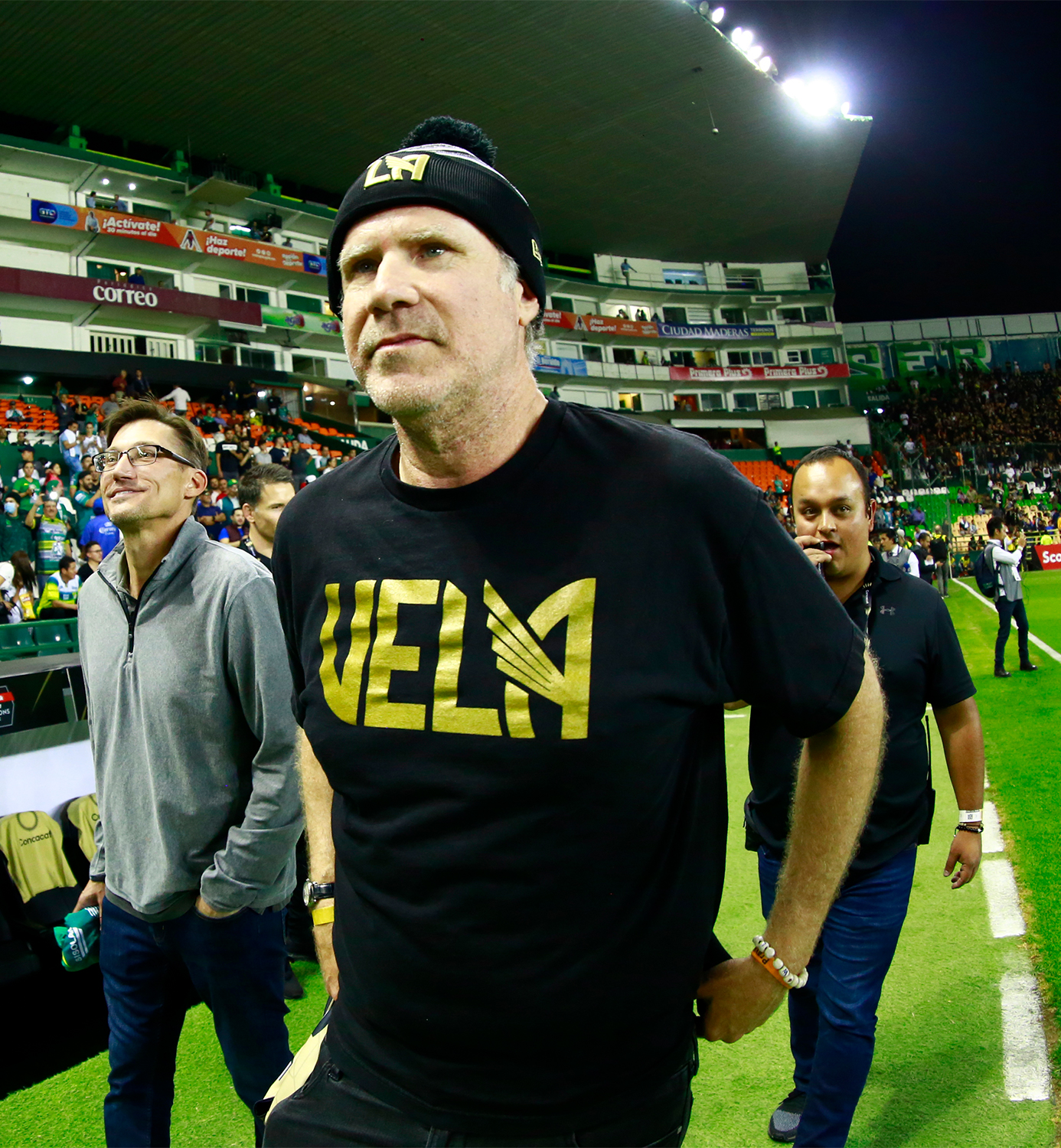 The 26th Major League Soccer season kicks off Friday with Houston and San Jose opening up the festivities at 8 p.m. For the diehards out there who are in a committed relationship with a club, this blog is going to serve as an educational piece.

But for the new soccer fan or those looking to find a MLS club to latch onto this year, this will guide you into who you may like as a club, or a team you'll never like because you hate their celebrity owner.

Either way, there are plenty of famous people who have an interest in Major League Soccer and One27pm has you covered ahead of the 2021 season.

The celebrity list of Atlanta United diehards to the common eye would initially look like a hip-hop concert lineup. 2 Chainz, Big Boi, Yung Joc, and Waka Flocka are all big fans. Waka even presented Atlanta their championship rings in 2018, so you know the culture of the ATL has completely meshed with their soccer team. 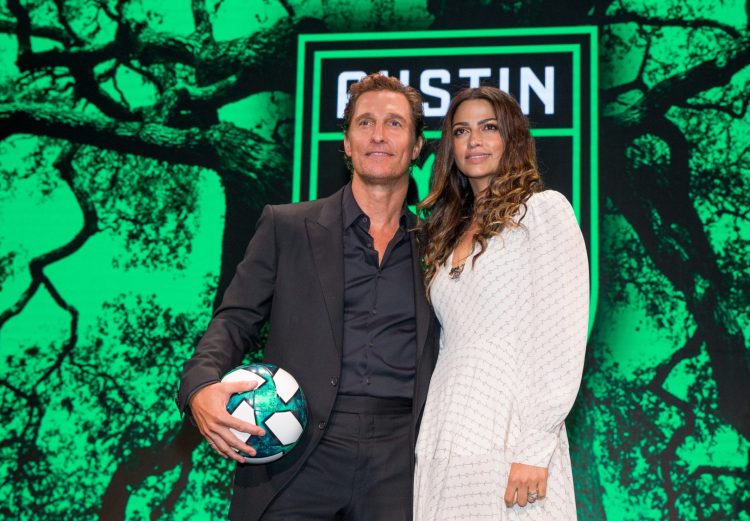 Texas welcomes its third club to the MLS, and there is no bigger star in Texas to support, and own Austin FC than Mr. Texas himself, Matthew McConaughey.

In addition to being a co-owner, McConaughey is the club’s Minister of Culture, a role he holds at the University of Texas as well.

I found more information on the Chicago Fire tv show than I did on what celebrities support the actual Chicago Fire. However, it’s a club for the NFL fan/football guy and any Mike Ditka lover. The Mike Ditka Street Crew has been a supporters group for the club since 2002.

I’m going to skip the celebrity on this one. This team is for the blue-collar, salt of the earth, hardhat and lunch pale everyday kind of MLS fan. This is an underdogs story that is looking for its shining moment. Supporting this club won’t be the easiest, but it will get better.

Any Arsenal fan who isn’t an MLS fan should join the Rapids regime. Unless you’re the kind of Arsenal fan that wants Stan Kroenke out of the Emirates.

If you are from Pittsburghian don’t be fooled by this team's colors. They are not your friends in black & yellow. They are owned by the same folks who own the Cleveland Browns. Any Ohio State fans who aren’t on the Crew bandwagon, now is your time to hop on. Gotta support your hometown club.

Plenty of politicians and athletes have been guests at D.C. United, but not many get the opportunity to host a pregame concert before the team's inaugural home kickoff. Rapper and D.C. native Wale had that honor in 2010 at RFK Stadium.

Plenty of Dallas professional athletes have shown up to FC Dallas games, but none do it as gracefully as Dirk Nowitzki. He’s seen more soccer success than most as his German national team have racked up the trophies over the years. Like most European athletes, Dirk started playing soccer before moving to the hardwood full-time. Not a bad choice, huh? 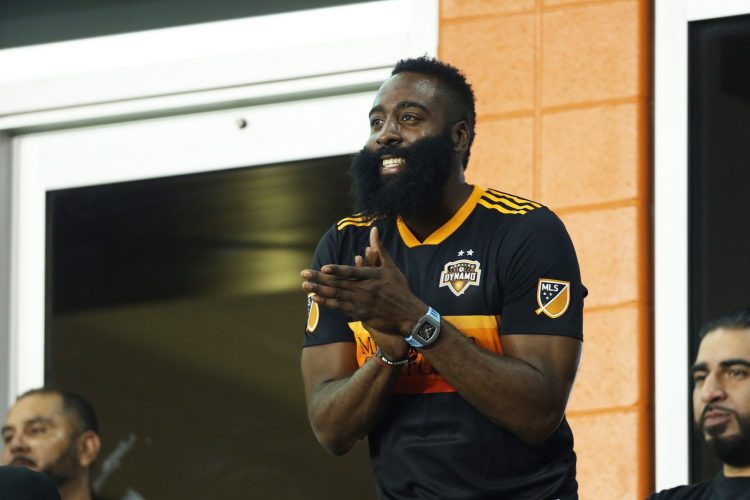 The Dynamo certainly have made their mark in a state known for a different kind of football, but James Harden boughtstake in the club before he left Houston for Brooklyn.

Meanwhile, former NFL quarterback Andrew Luck has extremely close ties to the club. His father was the first president and general manager of the club, and under his watch the Dynamo won two MLS Cups.

There is one main attraction to Inter Miami that can compare to the weather and that is co-owner and president David Beckham. The David Beckham Experience in LA was a buzz the American soccer world had never seen before. Hopefully he can bring that buzz to Miami’s on-field performance this year.

The Galaxy used to boast all the celebs before LAFC swooped in, but they will always be Jason Seagals club and will be forever relevant for this clip in I Love You, Man.

In a city filled with celebrities, it makes sense that a plethora of them have ties to the new kids on the block in the LA soccer scene. Women's soccer icon Mia Hamm, her husband/former Red Sox shortstop Nomar Garciaparra, and basketball legend Magic Johnson all have minority ownership in the club.

If LAFC have a national broadcast it's inevitable that you'll see a cutaway to them, and if you're at the match there's a strong chance you'll bump into them. However there is one minority owner who makes his love for LAFC heard loud and proud a little more than the rest.

That man is none other than actor, comedian, goofball, movie quote one-liner king and former soccer player himself, Will Ferrell.

There isn’t a celebrity associated with the club, but there is a song. After every win the boys in blue from Minnesota blast Wonderwall by Oasis in the locker room. It’s become the official song of the club.

This used to be the MLS club for Arsenal fans as Thierry Henry was the manager, but he recently stepped away from coaching. If you’re a Serie A fan this is a club you could get behind. Club owner Joey Saputo is also the chairman of Bologna.

Calling all country fans. Seems obvious that Nashville SC has opened its arms to all the local country artists like Chase Rice and Lily Aldridge, who were in the stands for the club's inaugural home game.

Patriots and Tom Brady lovers, this team is yours. Boston is one of those markets that isn’t the easiest to embrace from an outsider's perspective, but the Revs are a club with a strong tradition with a legendary coach which makes them easy to root for.

For the Manchester City fan looking for an MLS team, this club is for you. Same jerseys, same ownership, same situation as being the upstart club in their own city. LL Cool J is a loyal fan who can be spotted at NYCFC home games. 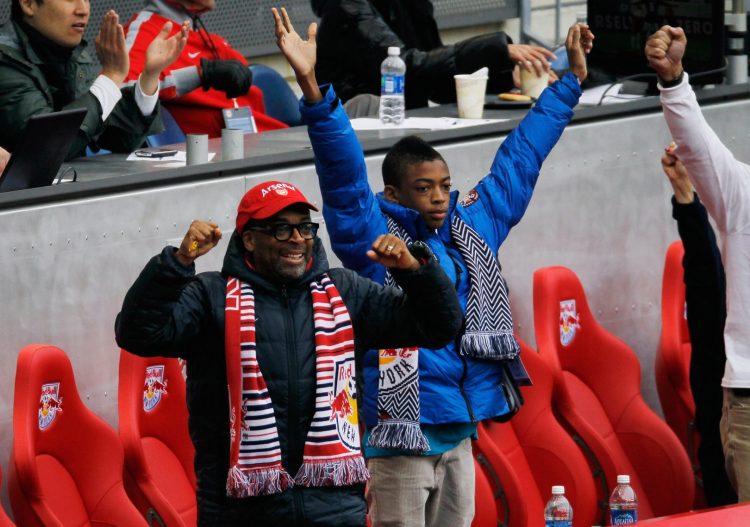 The Red Bulls biggest supporter is arguably the most outspoken New York sports fan we have today; Spike Lee. We are used to seeing him go bananas courtside at MSG dring Knick games, but he’s a massive footy fan.

Lee started supporting Arsenal once he got to know Thierry Henry. Then when Henry came to Red Bull to play Spike jumped on the bandwagon and hasn’t left since.

Believe it or not, Orlando City’s most notable fan is a minority owner of the Seattle Sounders, but that doesn’t get in the way of Ken Griffey Jr’s love for the Purple & Gold.

The former slugger has been an Orlando resident since his retirement and has been all in on the growth of Orlando City SC support. He was the 10,000th OCSC fan to buy season tickets for the inaugural season.

The known celebrity owner of the Union is NBA superstar Kevin Durant, who is a massive soccer fan. He tried to buy a minority stake in his hometown club D.C. United twice but was unsuccessful.

The sneaky Philadelphia Union supporter that no one talks about is actor Hugh Jackman. He's often seen at games sitting with the Sons of Ben cheering on the boys in Navy & Gold.

What do Forrest Gump, Captain Hanks, and Woody from Toy Story all have in common? That’s right. They are all Portland Timbers supporters. Although his primary club is Aston Villa, Tom Hanks prefers the Timbers as his MLS club.

Historically speaking not too many Utah natives end up being stars, but America’s Dad Ty Burrell from Modern Family is one of the few diehard RSL fans to make it big.

I know I said earlier that Andrew Luck was a Houston Dynamo guy, but he’s also a San Jose Earthquakes guy. Here’s why. Luck interned for the Quakes when he was at Stanford.

As someone who had to intern for course credit in the sports industry, I respect Luck for doing it cause he could’ve just played football instead. In order to not get a curse put on the readers, I have to acknowledge in this piece that rapper Lil B is a Quakes supporter. 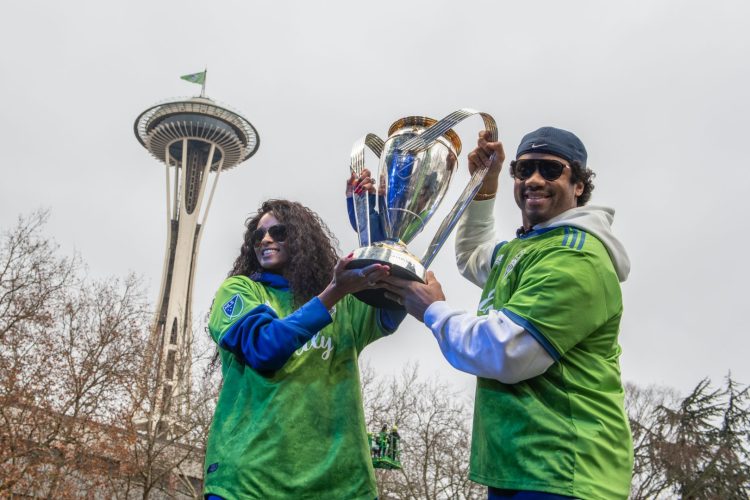 Game show host Drew Carey has been a long-time Sounders fan spanning back to before the MLS was even a pipe dream. He also has a minority share of the team.

Can’t talk about Toronto without mentioning Drake. Love him or hate him, his love for Toronto sports is undeniable. Drake also helped convince Jermaine Defoe to come to Toronto before heading back to Europe.

Big ups to Drake for getting in the soccer free agency game. His soccer game is apparently the same as his basketball ability, which is up to interpretation.

Vancouver has had a tough go at it as of late, but it’s not from a lack of support. From the jump, Steve Nash got involved with the Whitecaps. The former point guard and current Brooklyn Nets head coach is not too shabby of a soccer player himself. He coaches two other MLS minority owners in KD and Harden.