No one is taking advantage of the new NBA shoe rule more than the Clippers forward. Here’s why. 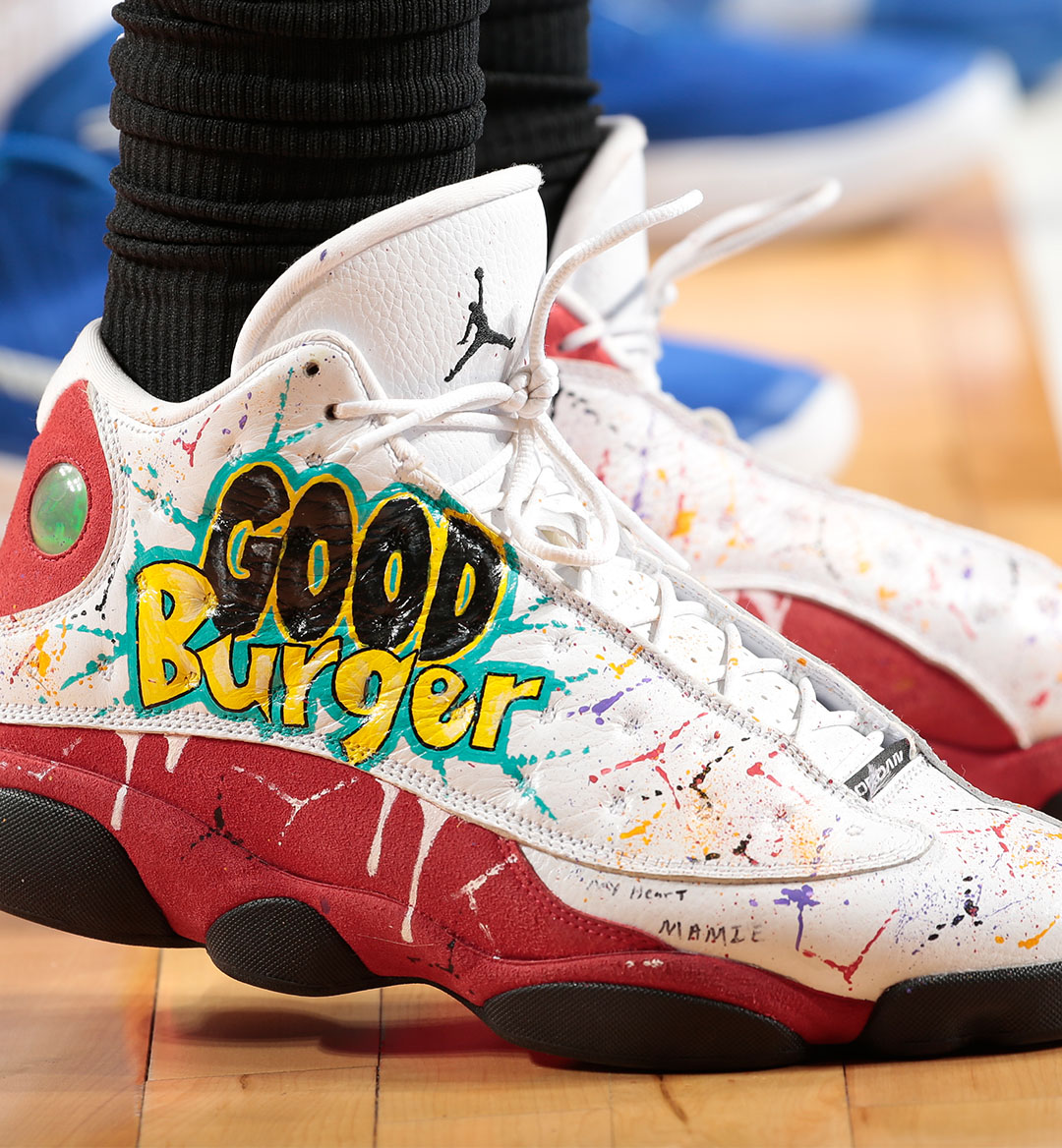 Before this year's NBA season, the NBA announced that it would lift restrictions on shoe color. The announcement opened the floodgates for more expressive and colorful on-court shoes. Alongside increased coverage of NBA style—some fans watch the entrance walk more than they watch, you know, the games themselves—NBA style thought leaders like P.J. Tucker, Russell Westbrook and Kyle Kuzma brought the heat, often in hand. These players have taken advantage of the rule to showcase their extensive, elite collections. Kuzma even partnered with the sneaker-reselling app GOAT to showcase an even more elite tier of sneakers, and we're only about a quarter of the way into the season.

But no one has raised the bar quite like Clippers center Montrezl Harrell, who has responded to the new rules with inspiring custom and from-the-archives shoe selections. I mean... Good Burger!

Harrell and players like Spencer Dinwiddie—who created his own line of self-endorsed sneakers with a manufacturer in China—have made waves with custom designs. Dinwiddie has worn a different pair for every game this season, each with a different theme, ranging from historical shout-outs to Harriet Tubman to fluorescent tributes to the popular anime character Yusuke. While many players have fixated on having the hottest shoe on the market, Harrell and Dinwiddie are rocking shoes that aren't available on the market at all. It's a hybrid flex, and we're here for it.

There's a long season to go, and the sneaker arms race will only heighten further. With brands like Puma and Under Armour fiending to provide wild alternative colorways to players, we're on our way to the most memorable sneaker season in history. And Harrell will be leading the way.