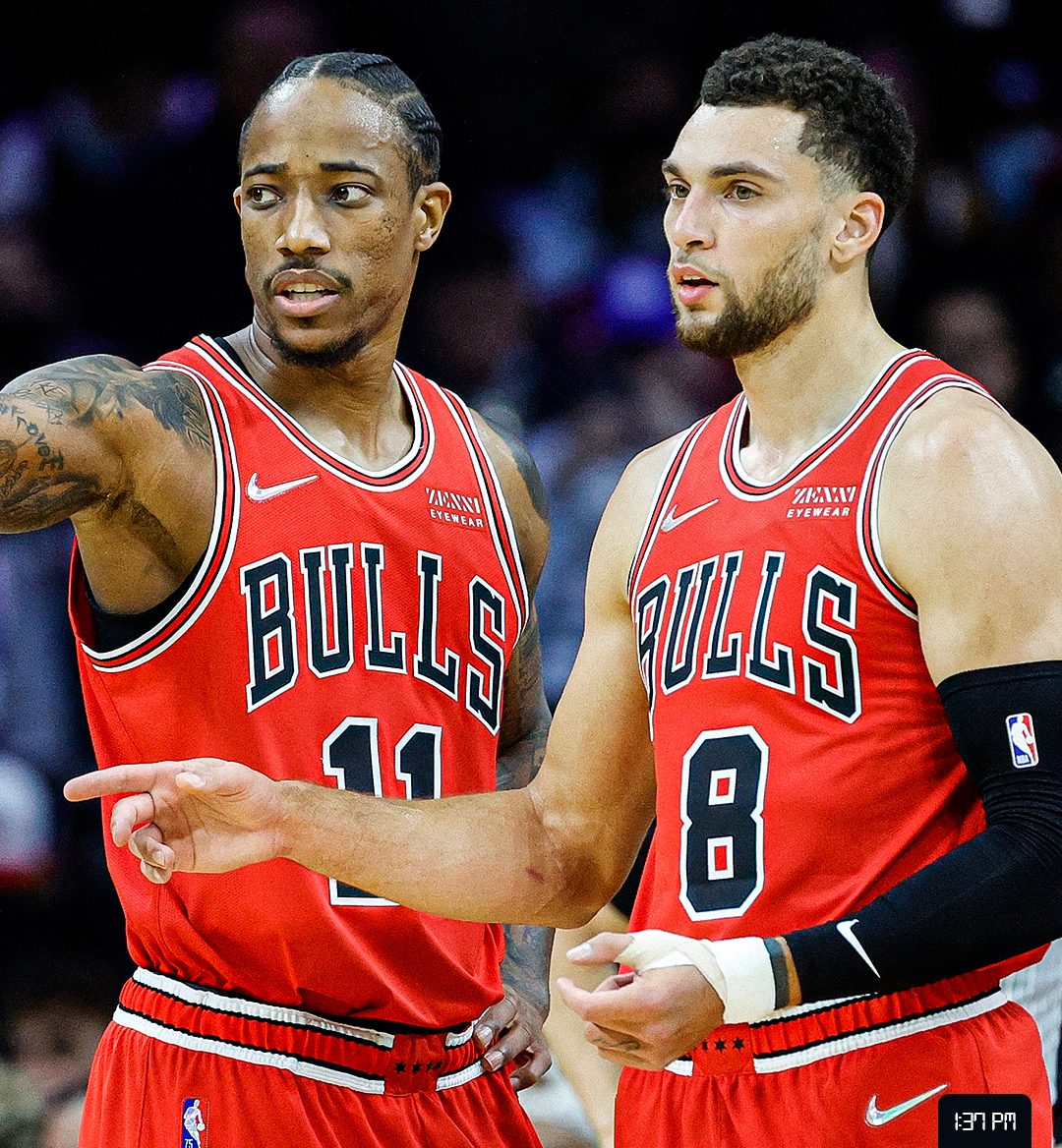 While we're still at a relatively young point of this current NBA season, just about 20 percent of the season has elapsed and it’s becoming increasingly clear what fate holds for each team. Down below are my four takeaways from the NBA's latest week in action!

Zach LaVine and DeMar DeRozan are the league's best duo

Zach LaVine and DeMar DeRozan both have 10+ 25-point games this season, in only the Bulls' 16th game.

To some, this first takeaway may be absurd, but it's not if you've watched LaVine and DeRozan play consistently. Even in a league where dynamic duos are as common as foul calls and slam dunks, there hasn't been a better and more impactful duo than the Bulls' pair of likely 2022 All-Star selections.

Between the two leading the league in fourth-quarter points (DeRozan has 126 and LaVine has 111) and being the fastest duo in 59 years to produce ten games with 25+ points apiece, DeRozan and LaVine have lifted the Bulls' ceiling from fringe-playoff team to a viable title contender.

The Bucks are beginning to bounce back

Even though the reigning world champion's 6-8 start had a few people questioning their chances of repeating, the Bucks have righted the ship after winning three consecutive games. Giannis Antetokounmpo is not only going beast mode as he's averaging 33 points, 16 rebounds, and five assists per game during the Bucks' winning streak but so is the rest of their roster as key players recover from injuries.

With the return of fellow All-Star Kris Middleton (COVID-19) and Bobby Portis and Jrue Holiday regaining their productive form, the Bucks have the opportunity to rack up wins during a soft portion of their schedule; until December 8th, the Bucks only face four teams with a winning record (Charlotte, Cleveland, Denver, and Miami), and two of them are battling injuries as we speak (Cleveland and Denver).

Rudy Gay is going to fit in nicely in Utah

What a @utahjazz debut from @RudyGay!

Sure, the 11-5 Utah Jazz already have a plethora of talent, but that doesn't mean they can't receive additional help. While receiving reliable and all-around production from their regular cast of contributors, the Western Conference competitor received a sizable bump in scoring and size when veteran forward Rudy Gay made his season debut on Saturday night.

The former San Antonio Spur delivered 20 points in his first game as a Jazz and has added another dimension to the team’s offense. At 6-foot-8, Gay is comfortable playing on the perimeter and is able to create his own shot from any area of the court because of his ability to shoot over defenders. This development is massive for a Jazz team that enjoys having as many shot-creators as possible, especially in the postseason.

The Lakers can't be any worse than what they just were

Lakers complete the comeback to beat the Pistons 😤

The last three weeks have certainly been a roller-coaster in La-La land, but you know what? Even at 9-9, the Los Angeles Lakers are pretty much at their nadir as a team, and, for them, that's a good thing. Even while enduring a recent Lebron-less three-game losing streak and randomly getting blown out by the Minnesota Timberwolves, the Lakers showed just enough promise of what they could become soon.

And while it's easy to look at Anthony Davis and Russell Westbrook as the primary reasons for such optimism, the most promising development has been the improvement of third-year wing Talen Horton-Tucker. Through his first five games, Horton-Tucker has offered the Lakers a needed jolt of energy and athleticism; head coach Frank Vogel has to keep him involved no matter what.