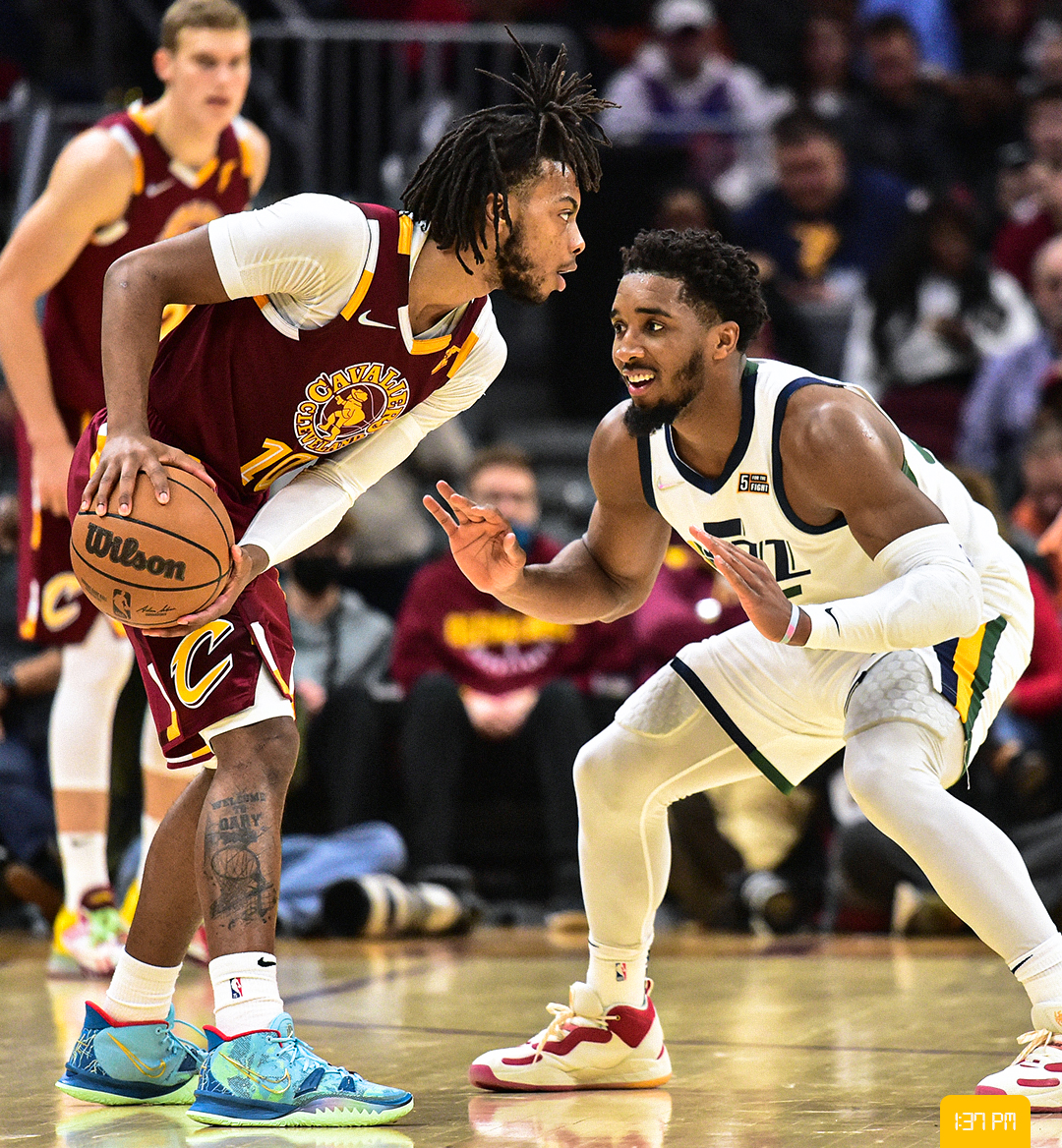 As everyone's focus is to either improve or build upon what happened during the first quarter of this NBA season, the quote "iron sharpens iron" becomes a living reality. Whether it's conference-leading teams going toe to toe or young stars taking on their idols, the season's second quarter becomes a proving ground before the All-Star break. Below are my four takeaways from the NBA's latest week in action!

The league's past, present and future are having memorable battles

Darius Garland is appreciative of his peers' words of encouragement this year.

This time around, it came from Mike Conley and Donovan Mitchell. #Cavs @basketbllnews pic.twitter.com/j9amSUzkFH

It's normal for the league to have its first heavy slate of important matchups when the calendar turns to December, but it doesn't make it less exciting. Now on a nightly basis, there's a matchup that pits any cominbation of the league's past, present, and future stars against each other. Accordingly, on Sunday night, we watched an incredible duel between guards Darius Garland and Donovan Mitchell.

Garland, the third-year Cleveland Cavalier who's having a breakout year, had 31 points and five assists, and Mitchell, the Utah Jazz's soon-to-be superstar, finished with 35 points and six assists in a 109-108 thrilling Jazz victory. As the game inched closer to its conclusion, both players weren't shy to score and guard each other in the clutch while already being the two best players on the court.

The NY Knicks are struggling to build upon last season's success

For the first time since Thibs was hired as head coach, the Knicks have lost three straight games and given up more than 110 points in each of those three consecutive defeats

After being one of the league's biggest surprise stories last season, the Knicks have struggled to regain that spark as they're currently 11-12 and sitting outside of the Eastern Conference playoff race due to their ongoing three-game losing streak. And while this season's Knicks team is more talented, they certainly don't have the determination and focus that powered last season's team to a surprise playoff appearance.

"We gotta look ourselves in the mirror and decide what we want the season to be," Julius Randle said after the team's 113-99 loss against the Denver Nuggets last Saturday. "I know what I want it to be. I know what the guys want it to be. But we have to commit to it, and that's just really what it is."

CanWill Damian Lillard find his swagger before it's too late?

Chauncey Billups: "I've never seen a team that needs its bench to inspire our starters. That shit is crazy to me. It's supposed to be the other way around."

To say it's been a crazy handful of months for Lillard is an understatement. In between readjusting to a new head coach, daily rumors surrounding his unhappiness with the Portland Trail Blazers, and him and the team's constant struggles, Lillard now has one more problem: injuries.

The multi-time All-Star will be out of action for at least ten days due to an abdominal injury, and it couldn't have happened at the worst time. Despite averaging his lowest points per game average since his third NBA season (2014-'15), Lillard was beginning to regain his previous form, as witnessed by his 39 and 32-point performances against the Philadelphia 76ers and Sacramento Kings between November 20th-24th.

Last May, the Thunder lost a home game by 57 points to the Pacers.

Tonight, they lost a road game by 73 points to the Grizzlies.

The Thunder now have the largest road loss and the largest home loss in NBA history. pic.twitter.com/tyq3Im2CIQ

While it's already unfathomable that the Oklahoma City Thunder lost by 73 points last Friday, it's crazier when you realize they lost by 57 points less than six months ago. And even though the NBA can't do anything about the Thunder and their rare, historic losses, some say an eye should be kept on their performance moving forward.

In the spirit of competitiveness and further eliminating the thought of tanking, which at one point plagued the mind of sports fans, the Thunder must turn the corner in that department, even if it doesn't produce a more wins.