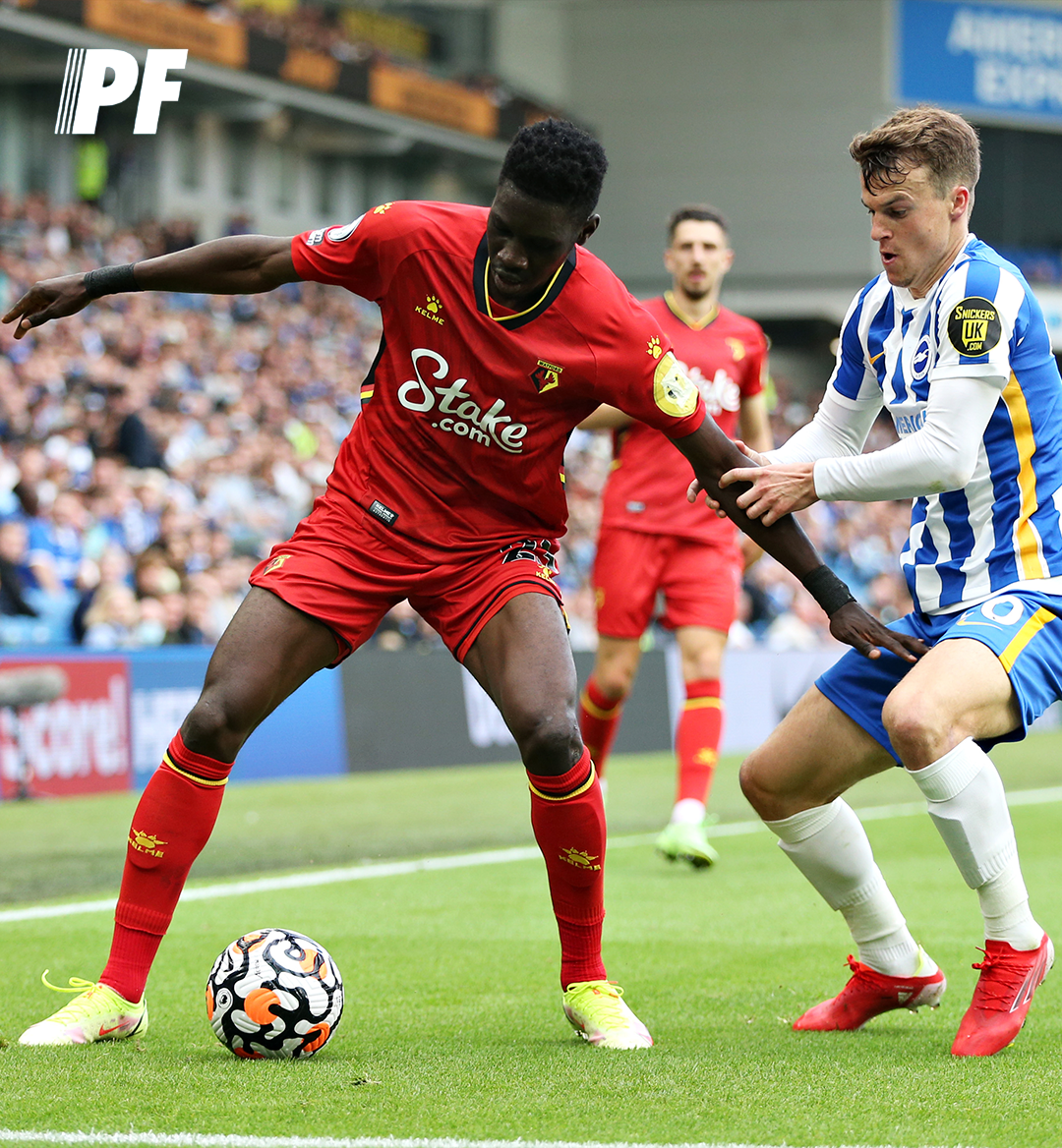 Watford's last few stints in the English Premier League have always been capped by veteran forwards leading the way such as Troy Deeney, Andre Gray, and others, but now the newly promoted club is relying on two energetic attacking players to lead its push for league safety.

Ismaila Sarr and Emmanuel Dennis have been the two go-to players for Xisco Munoz's side in the early going into this new EPL campaign, accounting for five of the club's six goals scored through five matches.

Sarr is in his third season with Watford since arriving from French club Stade Rennes and since has totaled 22 goals and eight assists in 75 appearances for the club.

The Senegalese international excelled in the EFL Championship last season for Watford, reaching double-digit (13) goals for the first time in his young career.

His movement against Norwich City not only kept the Canaries on the back foot, but also opened up opportunities for Dennis to float around in the final third and make himself available.

Sarr has been a true leader for Watford during its return to the Premier League and veteran goalkeeper Ben Foster has taken notice during his stint with the in-form forward.

“I keep saying to the lads, just get the balls out wide and get it into the box, they’re brilliant,” Foster said in a club interview. "Ismaila Sarr, not only is he rapid and gets down the wing and gets the ball into the box, but now he’s getting into the box as well and scoring goals.

“It’s going to be so important for us this season that players like him chip in with goals.”

Dennis made the move to Watford this summer from Belgian side Club Brugge, after totaling 117 appearances for the club from 2017-21. The 23-year-old Nigerian has been used on the wing and as a main striker in Munoz's set-up, giving the club another element to its hopes of hitting teams on the counter.

Dennis has two goals and one assist through five appearances so far in England, a decent return after Watford paid $4.69 million to Club Brugge for his services.

Not only has the forward shown off his creative passing abilities in the final third, but rose highest to head home the opening goal at Carrow Road on Saturday.

He still has plenty of time to turn himself into a consistent player for Watford, a hope that veteran defender Danny Rose has for the new boy in the EPL.

“If we’re going to do well this season, Ismaïla and Dennis, and [Joshua] Kingy or [Ashley] Fletcher, the offensive players, are going to be vital for us," Rose said post match on Saturday.

Watford sits in 11th place through five matches and next hosts Newcastle United on September 25 before dates with Leeds United and Liverpool. Sarr and Dennis will be the players to keep an eye on at Vicarage Road this season, and one that opposing defenders will certainly monitor going forward.