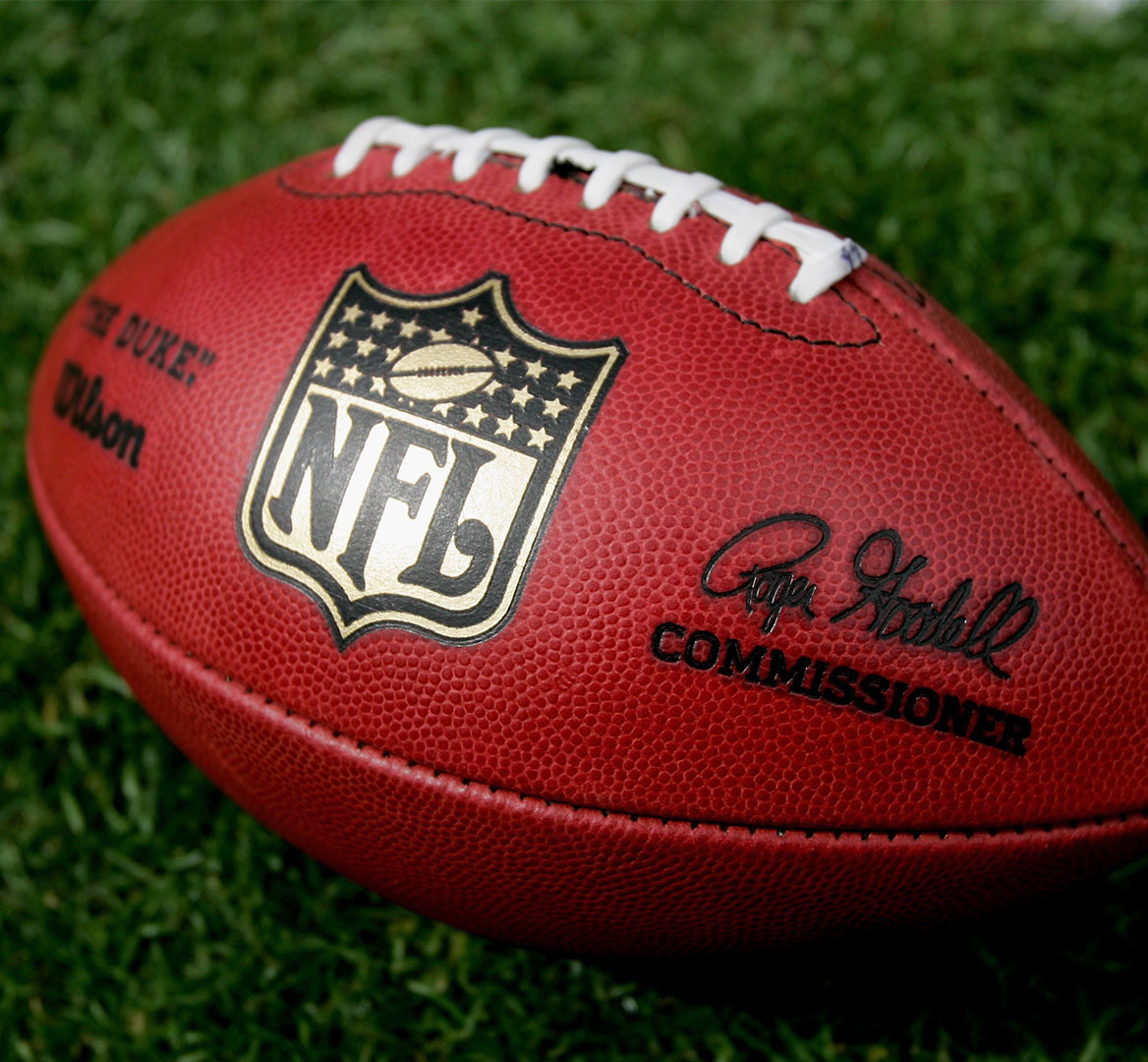 Here to bring you the latest and greatest professional sports gambling breakdowns. Find me on Twitter @the_odds_fellow for even more updates, picks, and insights.

The NFL season is 86 days away… we hope.

If you’re anything like me, reading about sports is filling the void left by our inability to watch them, so I figured I’d add yet another lengthy division by division analysis to the mix. Hey, we need to keep looking toward that shining light at the end of the tunnel, right?

In this 8-part breakdown, I’ll focus on win totals (over/under) for each team and division winner futures with some value starting with the NFC East, a division close to my heart in more ways than one.

First, there’s the physical proximity. Growing up in New Jersey you deal with a lot of Giants (and Jets) fans, but then venture too far South in Jersey and you somehow, magically, end up in Philly ‘territory’ even though you haven’t crossed the Delaware River.  In case that wasn’t enough, I decided to head to the DMV for my undergraduate degree – enter the Washington fans.

Then, there’s my emotional tie to the NFC East. You see, I’m a misplaced Dallas Cowboys fan thanks to my father. He fell for America’s Team in the ’70s and my siblings and I have been following his lead ever since. And by ‘lead’, I mean witnessing first hand an excruciating run of late-career Aikman followed by what I like to call ‘QB Experiments’ in Quincy Carter, Ryan Leaf, Chad Hutchison, Vinny Testaverde, Drew Henson and Drew Bledsoe all culminating with Parcells’ franchise-saving move of signing an undrafted kid from Eastern Illinois, Tony Romo, to solidify the Star once again.  It hasn’t always been pretty or successful (see the postseason record), but I’ll take the competitive Cowboys over watching McNabb and Andy Reid dominate the division any day. 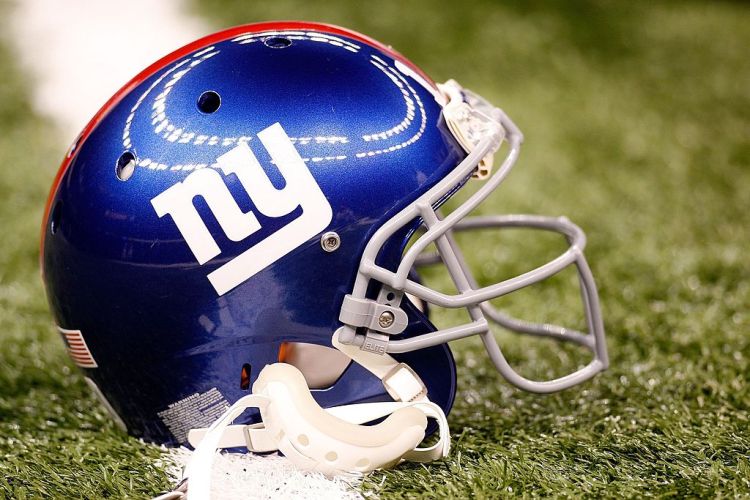 Can the new regime hit its stride as Eli rides off into the sunset paving the way for Danny Dimes and new head coach Joe Judge to take the reins?  Well, at least they have the 7th easiest strength of schedule (“SOS”) heading into the season because otherwise, this is likely to be an uphill battle.  I’ll give credit where it’s due, though, as the mask-wearing Dave Gettleman had a nice haul in the 2020 draft from his home office, including spending three of the team’s 10 picks on offensive linemen and getting great value in Alabama S Xavier McKinney in Round 2 (pick 36 overall).  All of that said,  this team is still a year away from making the jump as they need to continue to build their offensive line and surround Daniel Jones with receiving weapons to succeed (and complement Saquan in the running game).  Not to mention the adjustment period that Garret’s return to play-calling will cause.

It will take a lot more than these factors to significantly improve the Giants’ point differential from last season when they were outscored by 110 points through 16 games, good for 28th in the NFL.

With both the Cowboys and Eagles likely to bounce back due to the NFC East SOS and Washington’s coaching (aka culture) change, six division games will be tough sledding as is always expected in the NFC East.  Garrett and the Giants may be good for an emotional win against Big D, but I think the new regime only has 4-5 other wins in ‘em, likely landing short of the total and officially making this my first best bet for the 2020 NFL regular season: Giants Under 6.5 wins (-105). 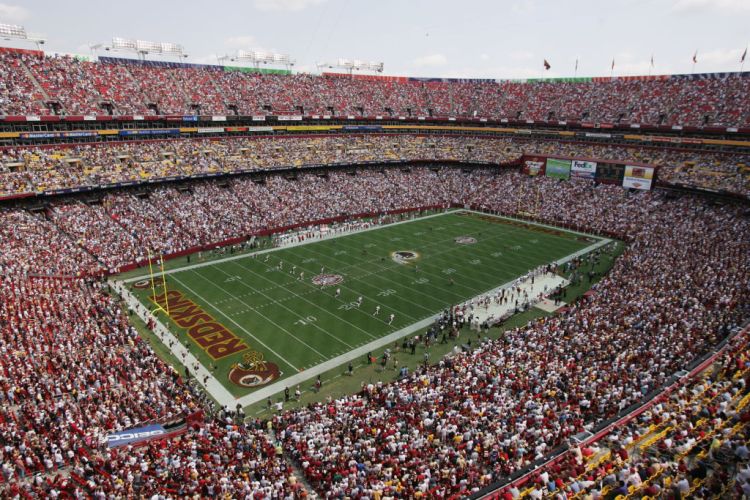 Another team, another coaching change.  It will be interesting to see how the Redskins continue their rebuild under Ron Rivera. Especially with the Haskins factor – although under contract, he’s not Rivera’s ‘guy’ and right from the introductory press conferences, no promises have been made.

As for the rest of the Redskins squad, it’s tough to rebuild without a 2nd round pick, but after adding the dynamic Chase Young, the team focused on offense for four picks within rounds 3-5.  The defense needs the jump-start to improve the 2019 24th ranked DVOA overall defense and I think Young will help turn that in the right direction, but this offense (ranked 30th in DVOA overall offense) is not winning any shoot-outs or controlling any tempo, which will be the ultimate downfall until Rivera has a chance to get more personnel in the door.  Expect 1-2 division wins, an emotional battle against the Panthers (win one for the gipper!), and 1-2 others to stay below the number. 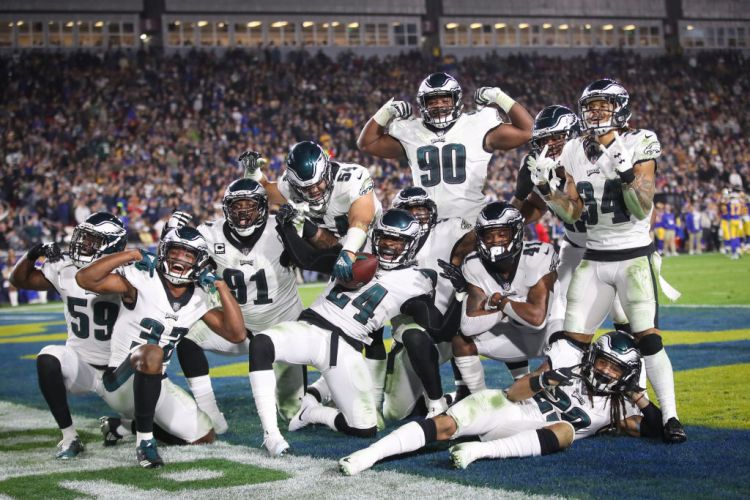 I’m all about the importance of surrounding your program with winners at every level (and position), but it’s been about a month since the draft and I’m still not sure I’ve heard a logical explanation for the Jalen Hurts pick. Sure, Taysom Hill 2.0 sounds nice on paper, but that’s a lot to mix into the offense if it’s the plan. My advice would’ve been to focus on speed and depth in order to give Carson Wentz the weapons he needs to succeed, but so it goes.

Regardless, the Eagles’ success is less about the weapons and more about the health of Wentz & Co. Their franchise QB has missed the following in each of their last 3 seasons:  1) Three final games and the SB run in 2017, 2) first two games, last three games, and the playoffs in the 2018 season, and 3) left his post-season debut in the 1st quarter due to a concussion in the 2019 season.  One way to keep your franchise QB healthy is to ensure you have a tackle to protect him, currently a void left by Jason Peters.

While the focus should and will be on the QB position, Philly did prioritize improvement in the secondary by trading for Darius Slay and signing Nickell Robey-Coleman.  If they can offset the impact of veteran safety Malcolm Jenkins’ departure, the defense should be set to improve year over year, but is that enough to get to double-digit W’s?  I don’t think so.  This is an offensive league and although they did add speed at the WR position, none of those are proven entities (Jalen Reagor, Marquise Goodwin, and John Hightower) and the health concerns coupled with the lack of offensive line depth remain real concerns.

Although I lean under, mainly based on the uncertainty described above, there are still other value plays surrounding the Eagles if that is your cup of tea, I’m just going to force you to read through the Cowboys analysis below first… 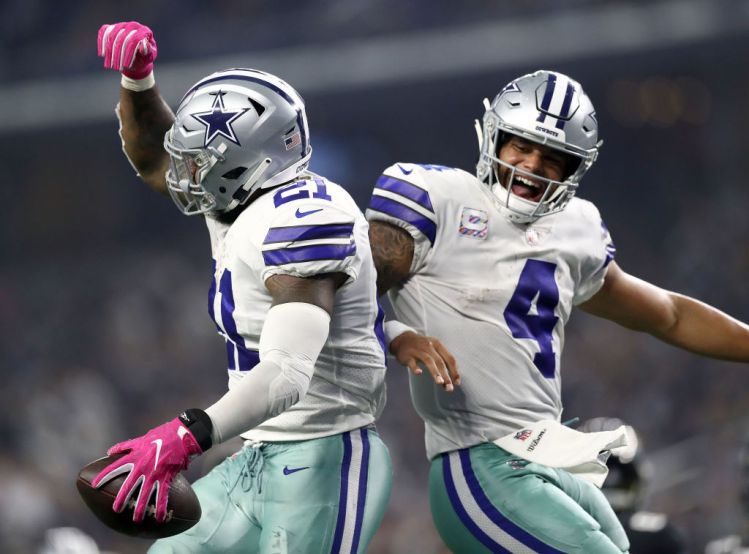 Wentz and Goff, from the same draft class, have cashed in, so when is Dak’s deal coming?

It sounds like a problem that yet another new face in the division, HC Mike McCarthy, will have to figure out before this off-season distraction impacts the regular season.  The SB winning coach ends the 10 year run of Jason Garrett - who only went 2-3 in the postseason — and McCarthy will look to unlock the talent this roster contains on both sides of the ball. Continued improvement on the defense will be key, but there are still a lot of question marks about how you replace the productivity and leadership from players like Byron Jones, Robert Quinn, as well as 3 players, lost to the Raiders, Jeff Heath, Maliek Collins and Jason Witten. Jones & the brass put their best foot forward though, signing potential impact players Gerald McCoy, Ha Ha Clinton-Dix, Dontari Poe, and then their latest high reward, low-risk gamble, Aldon Smith.  In/out of the league between 2013-2019, any signs of Smith’s former all-pro self will help to replace some of the void left by Quinn on the defensive front.

With no shortage of talent yet again, it will be up to McCarthy to get this team over the hump so he’ll gladly take the 3rd best SOS heading into the season.  As for an over/under pick, if I had to lean one way, it would be to over especially given the state of the Redskins and Giants; however, I don’t see a ton of value if the number hits 10 and if you find a 9.5 out there it’s likely heavily juiced (in the -140 to -150 range). 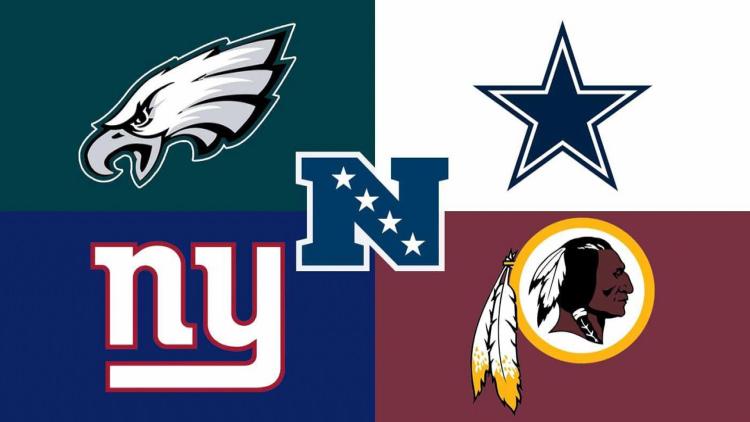 The real value for Cowboys/Eagles related picks might be tailing the team you think is going to win the NFC East Division by taking the Cowboys (-120) or the Eagles (+120).  This offers some upside protection from an 8 or 9 win division champ in what is going to prove to be a 2-horse race all season. How do you decide which horse to ride?  For me, it’s likely waiting to see how the rest of the off-season unfolds (signings, injuries, etc.) combined with any movement in the odds. But, one trend you can’t turn a blind eye to is the fact that the NFC East has not had a back to back division champ since the Eagles won 4 straight from 2001-2004.  It’s been 15 straight seasons of someone new rising to the top so you’ll need to decide; will the 2020 season buck this trend or not?

Good luck with your NFC East picks, we’ll be back soon with the AFC South breakdown.

Remember to always do your homework by shopping for the best available odds and lines.  The real edge in long-term betting success comes from identifying value and making every dollar count.