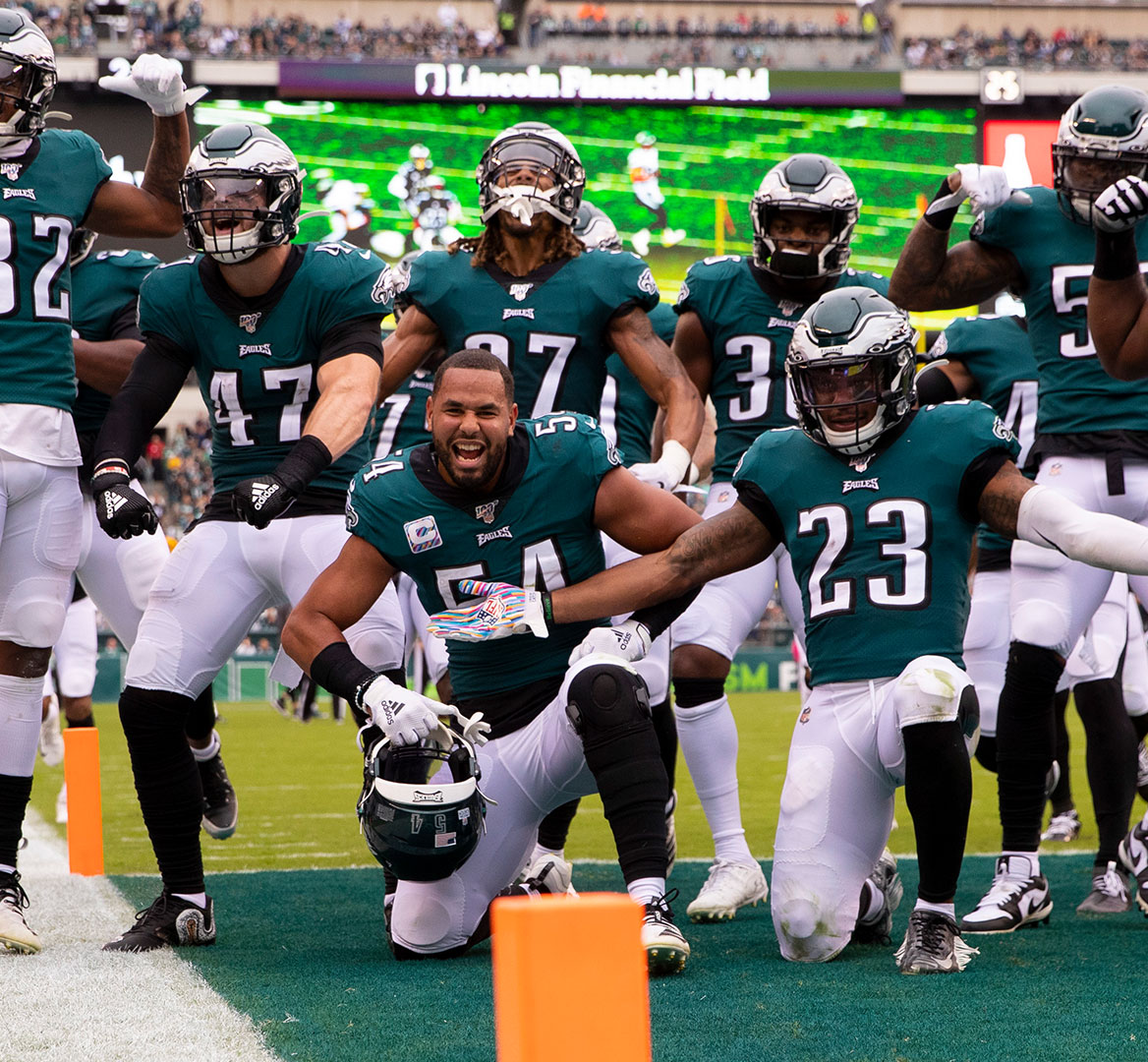 Here to bring you the latest and greatest professional sports gambling breakdowns. Find me on Twitter @the_odds_fellow for even more updates, picks, and insights.

What happened since I posted my NFC East division breakdown on June 15th?  Unfortunately for the Eagles, it was the news that 3-time pro bowl Guard Brandon Brooks will miss the 2020 season with an ACL tear.

The injury along with my original lean to the Eagles under-performing against their season win total of 9.5 led me to decide a deeper dive might be necessary.  And to do so I brought in my guy, @systemofawin, to truly dig into the data and navigate this ship towards profits.  Hop on board as we get into the deep dive, broken down by a few areas of focus.

Roster updates (since we last spoke...)

Simply mentioning Brooks' injury does not do him or the Eagles’ offensive line justice; unfortunately this latest misfortune will be one of a few factors causing a once prominent offensive line to take a step back in 2020. First, let’s look at where this line has performed and what it’s meant for Philadelphia over the past four years.

As a snapshot, below are the pro football focus offensive line rankings following each regular season between 2016-2019 (playoffs not included):

It’s clear this unit consisting of mainstays Lane Johnson, Jason Peters, Brandon Brooks, and Jason Kelce, has graded very well in each of the past four regular seasons including winning the battle of the trenches for all the marbles in Super Bowl 52.

In 2016, it’s clear worst performance in the 4-year stretch, Johnson was suspended for 10 games and Brooks was in his first year in the Philadelphia system.  Now the right side of the unit loses Brooks, but don’t forget the void on the left side due to the departure of LT Jason Peters (9-time pro bowler and 2-time all-pro), who remains unsigned by any team.  His replacement is 2nd year OT Andre Dillard, who played well in spots last season but had an alarming performance in week 12 against Seattle; needing to start for Lane Johnson, Dillard was asked to make the switch from LT to RT for the game, which he compared to a person trying to write with their non-dominant hand.  With such a positive, go get ‘em attitude the switch went great and Dillard was benched at halftime. That behavior is not the kind of mental and physical toughness a fanbase wants to see from their stalwart LT.

In the recent off-season, the Eagles also did little to address the bubbling offensive line concerns, spending most of their early draft capital on other needs.  With the 145th pick (4th round), Philadelphia selected it’s first OL player, OT Jack Driscoll (Auburn).  They would go on to add another Auburn Tackle at the 210th pick (6th round), Prince Tega Wanogho.  While Prince is an exciting developmental prospect given he began playing the game of football only recently, neither player is expected to make an impact in 2020.

Two key voices are still in the mix in Lane Johnson and Jason Kelce, but if Dillard isn’t mentally strong enough to fill the void and step up into the LT role full-time than the unit that has helped keep this team relevant is going to start drifting back towards average.  These changes also could have a significant impact on the potential health of QB, Carson Wentz, the oft-injured signal-caller.  Remember, there’s no Nick Foles waiting in the wings in 2020 to save the day if Wentz goes down.

The true strength of schedule 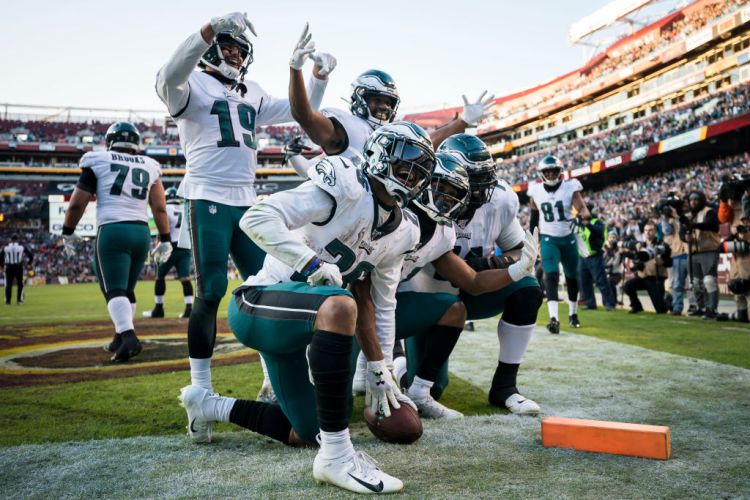 It’s easy to grab Strength of Schedule (SOS) and run with it, but the true value can be unlocked when you understand a team’s SOS is only one piece of a very, very large puzzle.  So what else matters, and why?

One starting point includes analysis of the offensive and defensive trends for both the team in question (the Eagles) and it’s opponents for the upcoming year.

Let’s just say 2019 was not a murder’s row of offensive opponents, but heading into 2020 that will likely change for the Eagles:

Why is offensive efficiency such a big deal?  Well mainly because John Madden once taught us that “Usually the team that scores the most points wins the game”, but in this case, in order to understand the impact of facing more potent offenses may have, we also need to look at the other side of the equation; team defense.  By keying in on the Eagles inability to get big-play stops last year, we can better understand the impact a step-up in class may drive during 2020:

If proving out that offensive matchups for a still-improving Eagles defense (especially in the secondary) are going to get tougher wasn’t enough to convince you then let’s dive into factor number two; not all stretches in a schedule are created equal, which is clearly not a metric baked into the SOS calculation.  For Philadelphia there are a few specific danger spots to look out for: 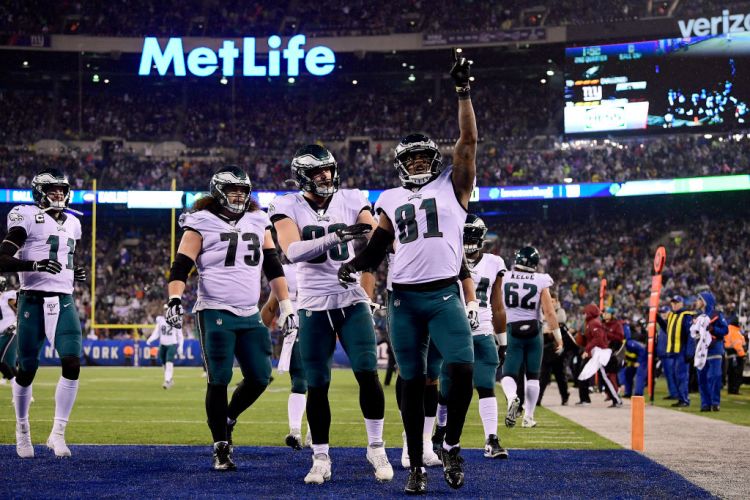 Analyzing how 9 win teams (since 2011) performed the following season also shows that history might not be on the Eagles’ side:

The Bill James section (of course) 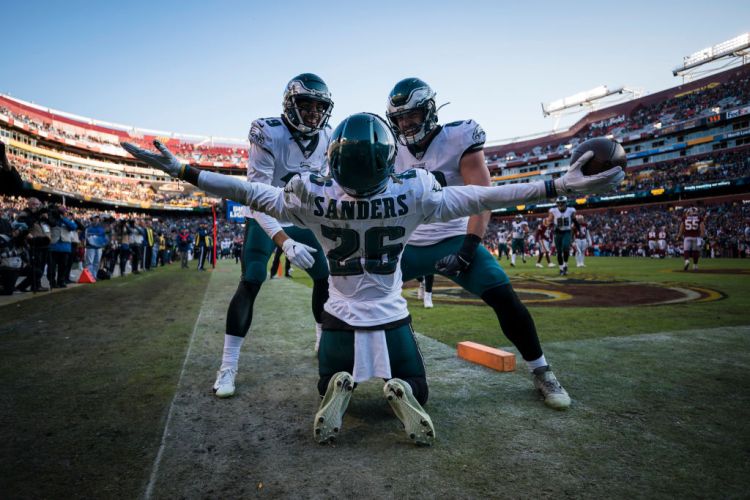 Another indicative metric of true performance is point differential and unfortunately for the Eagles, they struggled to put opponents away despite the soft schedule. Take a look:

The Pythagorean expected wins is a sports analytics formula (developed by Bill James and later adapted for use in the NFL) that allows us to evaluate over or underperformance relative to expectations even further.  The metric uses point differential to determine how many games a team should have won and has been shown to be predictive of results in the following season. Check out how the 2019 Eagles fared:

With the offensive line, the anchor of the team from the last person successful seasons, undergoing a variety of changes, the Eagles have little margin for error for a successful 2020 campaign.  When you add in the tougher 2020 schedule, notably on the offensive side of the ball along with how 9 win teams typically perform the following season, the outlook is bleak.  While neither of us expects the Eagles to tank in 2020, the points noted above unfortunately lead to a projection of mediocrity and that spells under 9.5 wins.  ​​​​