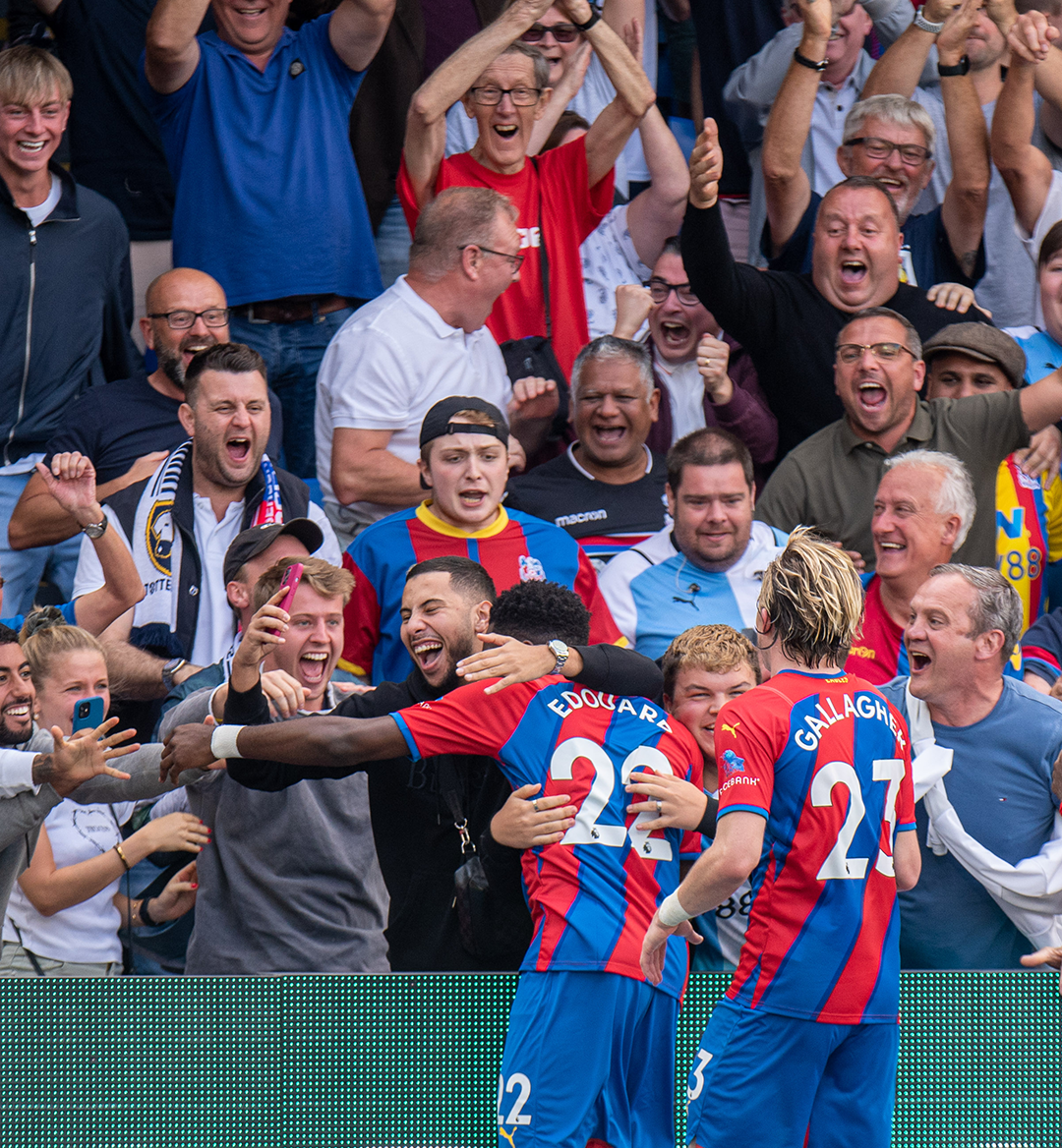 Crystal Palace has constantly looked for a consistent goal scoring striker during its time in the English Premier League and after several swings-and-misses in past transfer markets, the Eagles might've found their main man.

Odsonne Edouard made his Crystal Palace debut on Saturday at Selhurst Park, scoring a brace off the bench in a 3-0 victory over visiting London rivals Tottenham Hotspur.

The former Celtic striker joined Palace this summer on a £14 million move from Scotland and wasted little time in opening his account for his new club.

Wilfried Zaha kicked off the party in the second half scoring from the penalty spot before Edouard came off the bench and added a pair of strikes to pad Patrick Vieira's first EPL victory as manager.

Edouard's mix of physicality and awareness were on display for both goals and are key traits that Palace fans will surely see more of as the season pushed onward.

“It’s good I scored two goals today and I’ll enjoy tonight, but tomorrow I go back to work," Edouard said postmatch after the win. "I want to work hard for next week and now this game is finished I want to forget and work hard for a good performance again.

“It’s a dream debut for me," Edouard said. "I waited a long, long time for this and I’m very happy to score for the first win in front of the fans. I didn’t believe it…I need to enjoy it and for sure I’ll watch my goals again tonight. I’m very happy.”

Crystal Palace has found it tough over recent seasons to pair the right player with Zaha in the front of the attack, and even if some well-known names like Christian Benteke and Michy Batshuayi have made the move to the club, they haven't delivered goals consistently enough to warrant a regular starting role.

Edouard, 23, made a name for himself with Celtic over the past four seasons, totaling 86 goals and 39 assists in 179 combined appearances for Celtic, capturing three Premiership titles, three Scottish Cups, and three Scottish League Cups.

A former French youth international who remains an option for Les Bleus, Edouard delivered his opening goal 29 seconds after coming onto the pitch in South London before adding a second goal in stoppage time to send Selhurst Park bonkers. Edouard's stellar start to life in the Premier League will not only give him confidence, but also grow the early connections with his teammates as Palace aims to avoid any relegation threat this season.

After helping his team hand Tottenham a first league defeat of the new season, Edouard is backed by Vieira to deliver more positive moments as Palace now prepares for a trip to Liverpool next weekend.

“I’m really pleased for Edouard because he just arrived a couple of days ago and he’s training well with the team and starting to know his team-mates," Vieira said postmatch. "But the way he finished, it just shows that he’s a proper goalscorer.

“He’s a player inside the box who will take his chances," Vieira said. "He’s really comfortable around that area. He’s a goalscorer and I think there is more to come from him.”