The Future of Wrestling Is GIFs 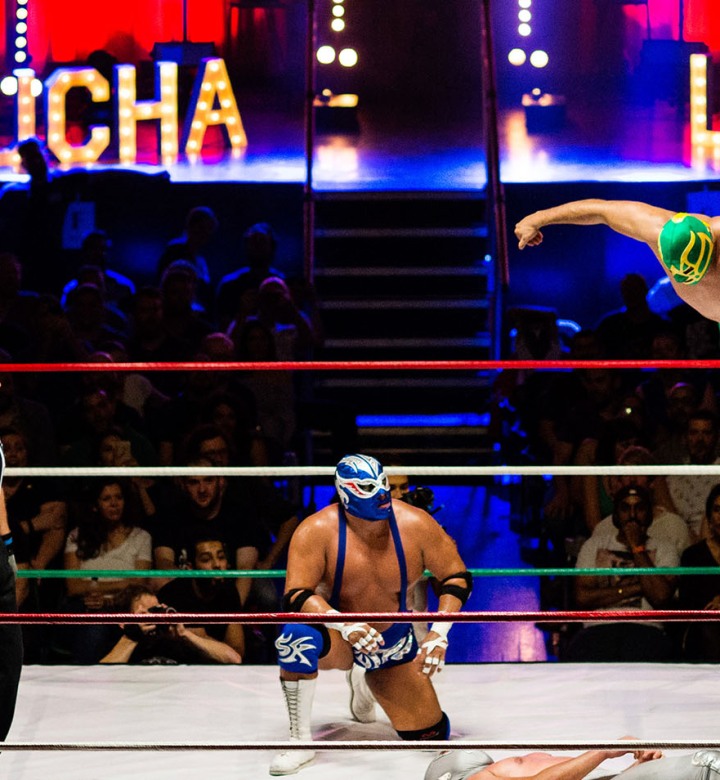 On average, approximately 15 hours of pro wrestling are on television every week. If you add a WWE or AEW pay-per-view on top of that, you’re up to 18 hours. If you watch streaming shows like Ring of Honor and NJPW, you’re at 21 to 24 hours. And if you go to local wrestling shows on top of that, you’re closer to 27 to 30 hours. Wrestling fans are overexposed to amazing events, so much so that audiences find themselves forced into company allegiances as a means of time management rather than bonafide brand loyalty.

But not everyone has the patience or dedication to get through more than 24 hours of fighting in a week, which means that new solutions to the problem of oversaturation are emerging online. Wrestling companies are wise to the change in viewer patterns and have begun hiring on-site GIF-makers to capture the essential moments of every match in repeating videos between three and ten seconds. The GIF, quite simply, is the future of pro wrestling.

WWE, unsurprisingly, is the foremost expert at this. With its weekly Raw show clocking in at around three hours, the company seems hyper-aware that a way to hook people in is presenting its program without any time fillers. The official WWE accounts posting short videos of the most exciting moments from their shows (which often feature lengthy and meandering talk segments) have become far more entertaining than actually watching TV. WWE’s social media team is particularly deft at making buzzy pop-culture references alongside each clip.

Pretentious theorizing about our schizophrenic and attention-deficit culture aside, the GIF has become an indispensable tool for marketing, especially on the indies.

“People are definitely starting to blow up because of [gifs]," says the beloved and wildly prolific professional GIF-maker known as Jocay. "People like Alex Zayne, they’ve been doing some crazy stuff. They’re getting booked more places. Some of them end up on TV because of it. I’m not saying it's going to happen like that for everyone, but some people can make a career out of it.”

Jocay, who works with many East Coast wrestling federations, began as a fan, capturing the highlights of his favorite shows while seated at ringside. Starting in 2014, he began posting the clips to social media.

“I did it on my computer in my free time as a labor-of-love thing,” he said. That is until companies realized that his content was getting more engagement than official videos taken by their own crews. In the beginning, his kind of coverage was unwelcome—wrestlers always loved it, but many promoters first thought of what he was doing as a form of piracy—but he’s now on staff at several leagues.

Wrestling in particular is well-suited to GIF format in that matches are organized around specific “spots” or stunts, often arranged in sequences leading up to some kind of grand finish (usually a pinfall or submission). Spots are often only seconds long and can be perfectly captured in these kinds of bite-sized looping videos in ways that wouldn’t make sense in other performance art on a formal and structural level. It’s not surprising that wrestlers are thinking of how certain moves or sequences can be captured for cameras before their match even begins, and that certain spots are now planned with virality in mind.

But the GIFs that tend to succeed the most are the ones that go viral without premeditation.

Anthony Gaines, a New York-based pro wrestler, had a GIF of him taking a devastating pounce from the much larger Ace Romero go viral overnight, sparking interest in his career from a handful of the most respected people in the industry, including Sami Callihan.

I demanded stiff competition and @ESWWrestling made me eat my words. pic.twitter.com/OByRsARpjw

“It was all really surreal. We never intended to go viral,” Gaines said. “But there’s dudes out there calling me the modern-day Mick Foley for that bump. And that’s incredible—to be under that same umbrella of hardcore. We live in an era where a promoter can see a GIF of someone like Johnny Patch. That guy that just did the shooting star coast to coast? That got him noticed by [Will] Ospreay, and got more eyes on him than ever before. It’s crazy what a six-second motion picture can do for you.”

“As far as helping my career, it helped me stay humble and enjoy the moment,” Gaines added. “But we’re still talking about it over a year later. So it’s still cool. Some people just know me as ‘the slender rival.’ But hey, that’s the ride!”

But not everyone is behind the GIF movement. Even wrestlers who have had videos of themselves blow up on social recognize the limitations of relying on GIFs, specifically noting the randomness of what gets passed around and the ephemerality of this specific kind of fame. Eric Ryan, a Cleveland, Ohio-based pro wrestler, had a GIF of him delivering a powerbomb onto a pile of Legos went viral, years after the actual spot had happened.

“One day someone tagged me in some posts, [and] I kept getting tagged in it. Next thing I knew, [the GIF had] over a million views in a few hours,” says Ryan, who doesn’t believe going viral actually helped his career. “I think with the way the internet moves, people forget once the next new thing comes out.”

Because of his own experience, Ryan believes that the focus on GIFs among performers detracts from the actual magic of the show by hindering both spontaneity and the coherence of a match: “Things need to happen organically,” he said. “Plus, if you’re looking to ‘do it for the GIF,’ it really puts a damper on the live experience. The match quality goes down ‘cause all you want is that three- to five-second clip.”

Shawn Phoenix, a Pittsburgh-based wrestler, concurs with Ryan. A video of Phoenix getting severely injured during a botched 450 splash onto a table outside the ring was played on news programs internationally—and although the virality of the clip helped him raise funds to pay for his hospital bills, he fears that the focus on digital presence takes away from the authenticity and impact of the live performance.

“I'm able to see a flip or a move performed halfway across the world in seconds," said Phoenix. "However, fans don’t have time to digest it. Because moments later they see a new flip from a different part or the world. It amazes them, but very rarely do people get to sit with it."

Similarly, when wrestling exists as a series of spectacular moments, the narrative element that more sophisticated brands and performers try to cultivate is indubitably lost. The reification of GIFs as a predominant form of communication means that only wrestlers with flashy or impressively acrobatic movesets are the ones that fans get exposed to. Those who are better at emoting or telling more complex stories through body language get slowly eked out.

Either way, at this point, plenty of fans are now watching entire events via GIFs on Twitter rather than tuning into live streams or TV shows at all. The filler in the matches are entirely cut out, but the big spots are easily viewable in a chronological stream at any given moment. Some of the GIFs are from the crowd, while others are from expert videographers specializing in this kind of micro-content, like Jocay. With so much wrestling being produced, this helps fans follow along with events they either can’t physically attend or simply don’t have the time to watch.

Digital culture moves at breakneck speed, and it’s impossible to tell how long the GIF will remain a driving force in the economics of attention. While pro wrestling fights to regain entrance into the mainstream cultural consciousness, short-form ostentatious antics are becoming one of the few ways that people outside of the industry even see what’s happening on the scene at all. Despite the criticisms, the GIF will reign likely reign supreme for a while. 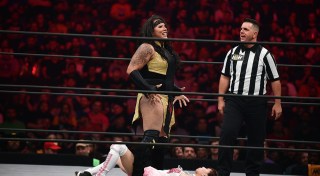