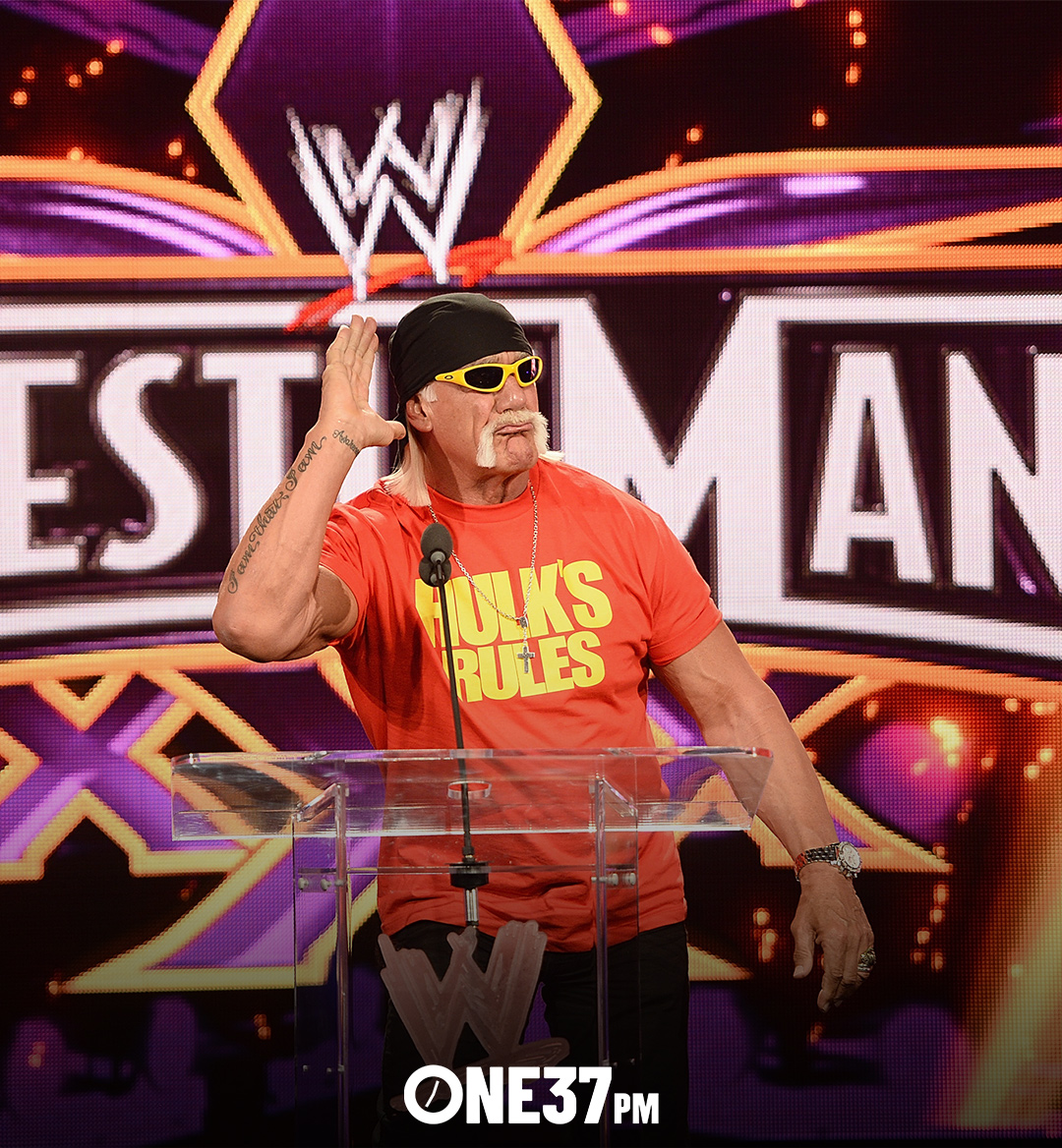 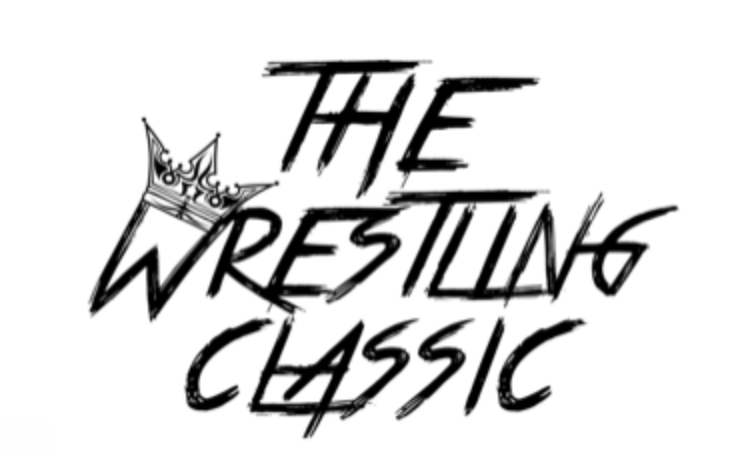 Hey everyone! It's "The Wrestling Classic" Justin here with another article for One37PM. This was inspired by pages such as @wrestlbotch on Instagram and the Botchamania channel on YouTube. This article is not a list, but more of a trip down memory lane with some of the most memorable mic slips and promo botches of all time.

When it comes to professional wrestling, we know how important the promos are to guiding a story or hyping up an upcoming match, but sometimes things don't always go as planned. Whether it's the pressure of live television, trying to remember a script or both, there have been a lot of memorable mic mishaps on television. Some of these moments were funny, some of them were cringe and others were controversial but all of them were memorable indeed. I tried to find each moment online so you are able to relive these moments while reading the article, but if I couldn't find it online, I will make sure to share the dates for the events so you can go find the clip. I hope you all enjoy!

The "Total Package" Lex Luger was never known for being a promo guy, but this promo still went viral. It was for an independent company named Cyberspace Wrestling Federation where he was set to face Ron Killings at their Superbrawl Saturday event. He mispronounces "despicable," he doesn't know the name of the promotion's event and he can't take his own shirt off. It's really one of those promos that once you have seen it, you can't forget it. When you think about Lex Luger, it always comes to mind for some reason.

When it comes to promo botches, Sid is a fan favourite and needs no introduction. He had the look, was a multiple time World Champion, was in the main event of Wrestlemania multiple times and a larger than life superstar, but the "Ruler of the World" will also always be remembered for the nasty bump he took when he broke his leg. And mic slips like this one. Live television was not friendly to Sid and this was one of those moments. He wanted to restart his promo after messing up but good ol' JR had to remind him that they were live. Due to the Mandela effect, many people believe Jim Ross said "we're live pal" when he actually said "it's live pal."

"Mean Gene" Okerlund is one of the greatest backstage interviewers of all time. Okerlund was never one to not call people out on camera and throughout the years we have seen clips of Mean Gene bloopers on pre-taped promos, but we rarely saw him lose composure live on television. Therefore at the SummerSlam 1989 event, when the Summerslam sign fell behind him as he was preparing to interview Rick Rude and he dropped the F bomb on PPV, it was a rare occasion. The cameras quickly cut back to Jesse Ventura who came up with a quick-witted response. Bruce Prichard mentioned on his podcast "Something to Wrestle With" that they aired that by accident.

AND HIS NAME IS JEFF HARVEY pic.twitter.com/6B0TkPnari

This one will always be memorable to myself because I still jokingly call Jeff Hardy "Jeff Harvey" from time to time. Mike Adamle came from the background of broadcasting for American Gladiators and the WWE was very excited to have him join their family. However, the WWE Universe mainly remembers Adamle for his blunders on the mic such as this one at the Royal Rumble 2008 in his debut, when he confidently called Jeff Hardy by the wrong name. After transitioning from a host, to interviewer to commentator, they landed on having him as the Raw General Manager. He made a few more memorable mic blunders before ultimately leaving the company.

Mike Mizanan had his first taste of fame from being on MTV's "Real World" but always dreamed of being a professional wrestler in the WWE. Therefore, when he finally made it to the company, it wasn't easy for him to break away from being that guy from reality television. It actually took The Miz years to really be taken seriously from the fans and his peers.

This leads me to believe that the way he forgot his lines on his first Raw appearance didn't do him any favors. The Miz was the host of the Diva Search in 2006, which was a contest to find the next women's star for the company. The issue here was that The Miz forgot all the information he needed to know about the contest, whether it was because of nerves or just not knowing. He even had the phone number that the fans were supposed to use to vote written on his wrist and visibly read it on the air. The Miz would go on to be one of the best talkers in the business, so there is something satisfying seeing him in a situation like this because it's relatable, but is also a great example of how professional growth can work.

Throughout the years Booker T has said a lot of memorable stuff in his promos and on commentary, but this is the one Booker T would most likely want to forget. The fans won't ever let him. Harlem Heat was one of the most dominant tag teams in World Championship Wrestling and in wrestling generally during the 90s. Booker T and Stevie Ray were real life brothers, which made their chemistry as a team undeniable and it led them to become multiple time tag team champions. Their promos were full of intensity too which was common for that time. When Booker T started feeling himself and started going in on this promo, it was hard for himself to slow down. Therefore when he addressed Hulk Hogan, he got too into the "street" character and called Hogan the N-Word on live television. There was instant regret and disappointment on his face once he realized what he just did. Literally seconds after, you could see how shaken up he was by letting that word slip out. Years later, Booker T admitted it was one of his worst moments of his career especially at the time that it happened.

Randy Orton is one of my favourite wrestlers from the last couple of decades. He's been a constant character in the WWE since 2002 and is so good at what he does that it's rare to see him really mess anything up. It's crazy to me that someone who was once dubbed the "Legend Killer" is realistically a legend himself today. Regardless of his position in the company or his status, he's also had his memorable mic fail moments. In a promo with Sheamus years back, it seemed as if Randy Orton completely lost his train of thought and forgot his next line. In what they tried to make look like trash talking, you could see Orton asking Sheamus for his next line. Sheamus helped him out and Orton finished the promo, but it was fun seeing the veteran asking the newer superstar for a helping hand under the pressure of being on live television.

It was Wrestlemania 30 and, of course, the man who was the main event of the first nine events, Hulk Hogan, was the guest host. Hogan was popular for his over the top promos in the 80s and 90s, which, even when he seemed to blunder, he always still found his point by the end. He was considered one of the better promos in his day and at least a memorable one for those who weren't fans of his. At Wrestlemania 30, he kicked off the show to get the fans at the Mercedes-Benz Superdome in New Orleans pumped and excited for the rest of the night.

However, he just couldn't get the name of the venue correct. He kept referring to it as the SilverDome, which was the now defunct venue where Wrestlemania 3 took place. I know it's a place Hogan holds close to his heart because its where he slammed Andre the Giant, but the wrestling fans booed each time he messed up the venue name. Later in the same segment, both "Stone Cold" Steve Austin and The Rock came out as well, and they both poked fun at Hogan's venue mix up.