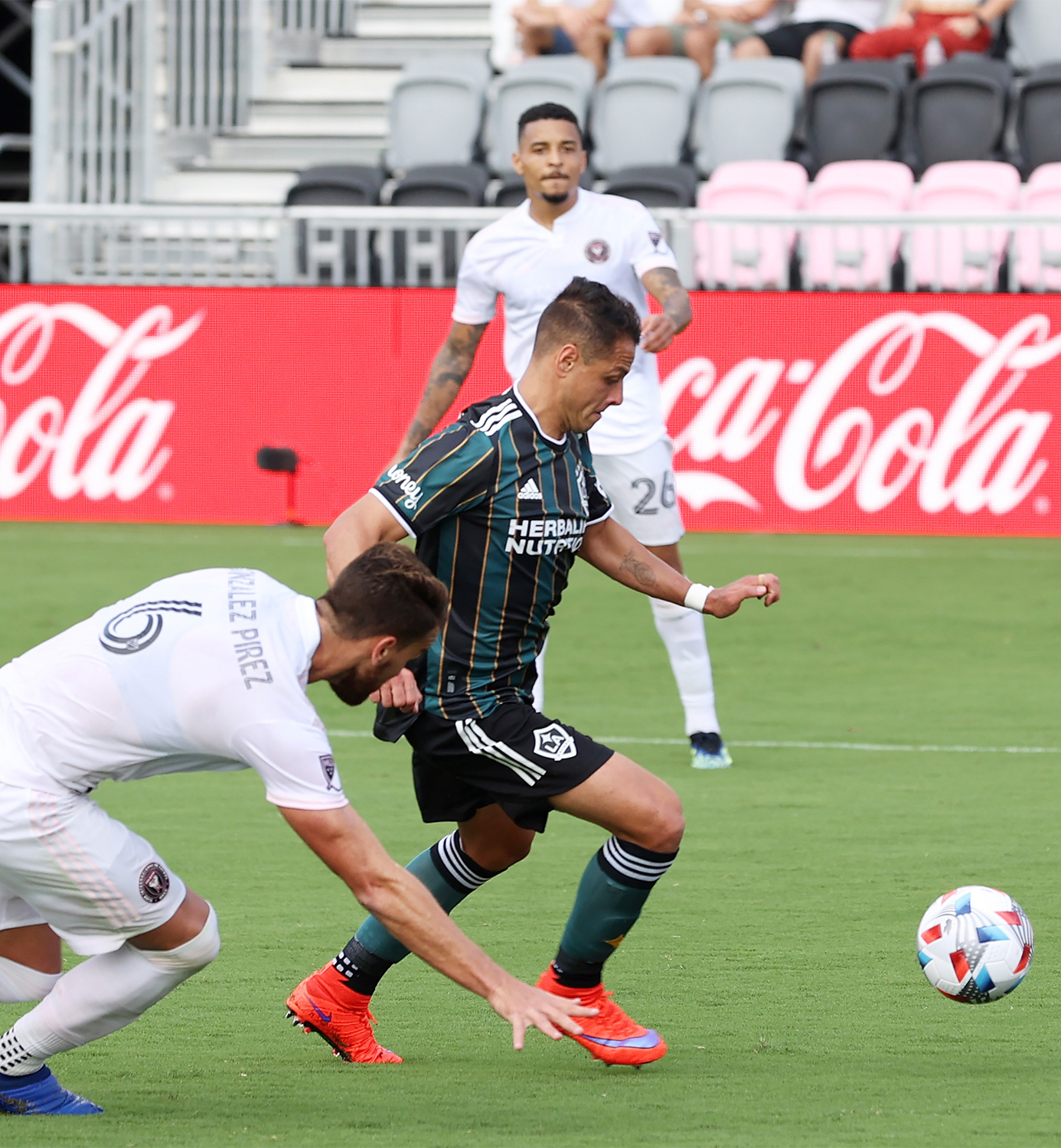 Week 1 around Major League Soccer was a reminder of how incredible this league can be with fans across the country attending matches, upsets galore and an introduction to a new club headlining the opening weekend.

The defending champion Columbus Crew were held to a scoreless draw against a challenging Philadelphia Union side, after both clubs progressed in the Concacaf Champions League earlier in the week.

Meanwhile, newcomers Austin FC held tough against Los Angeles FC early on, but the California club officially welcomed Josh Wolff’s side to MLS by stealing all three points in the second half.

Without further ado, let’s rewind it back to the weekend that was Week 1 around MLS.

GAME OF THE WEEK - LA Galaxy vs. Inter Miami CF

Javier “Chicharito” Hernandez didn’t live up to the lofty expectations that were thrown his way in 2020, but the Mexico international certainly amended for his missteps a season ago with a brace and a win over David Beckham’s Inter Miami.

The Galaxy will need this man to score on a regular basis if they are to get back to their winning ways of old, and especially compete with the likes of Seattle and LAFC in the Western Conference.

The Sounders didn’t have Nico Lodeiro against Minnesota, and it didn’t seem to matter when you have a player of Ruidiaz’s quality. The Loons are expected to be in the thick of the Western Conference race once again alongside Seattle in 2021, but Ruidiaz and the Sounders showed exactly why they’re MLS Cup contenders in their home debut.

Ruidiaz rattled off two goals for the home side and displayed how valuable he’ll be in 2021 for a Sounders side that will likely miss Jordan Morris for the entire campaign.

The Peru international has scored double-digit goals in all three of his previous MLS seasons, and he’s certainly off the a great start in repeating that task once again this year.

The Red Bulls may not have come out on top against Sporting KC on Saturday night, but Clark continues to show that he’s so valuable for New York in the attacking third at the age of 17.

The Brazilian didn’t waste any time showing off his talent with his new club, not only breaking the deadlock in one of the weekend’s most anticipated matches but doing so with an incredible volley effort from distance.

The Dynamo may have emerged victorious in this one, but Marie’s curling golazo for the Quakes was the big takeaway from this one. San Jose struggled all night to get anything in their attack going, and suddenly after only eight minutes on the pitch Marie stunned the Dynamo.

Nashville-Cincinnati flew under a lot of people’s radars this weekend, but this turned out to be one of the most exciting games by a mile.

These are two teams that are incredibly hungry for success in the Eastern Conference and have the firepower to make some noise. Leal assisted on Nashville’s first goal of the day, but this scorcher completely caught Cincy goalkeeper Przemysław Tytoń off guard.