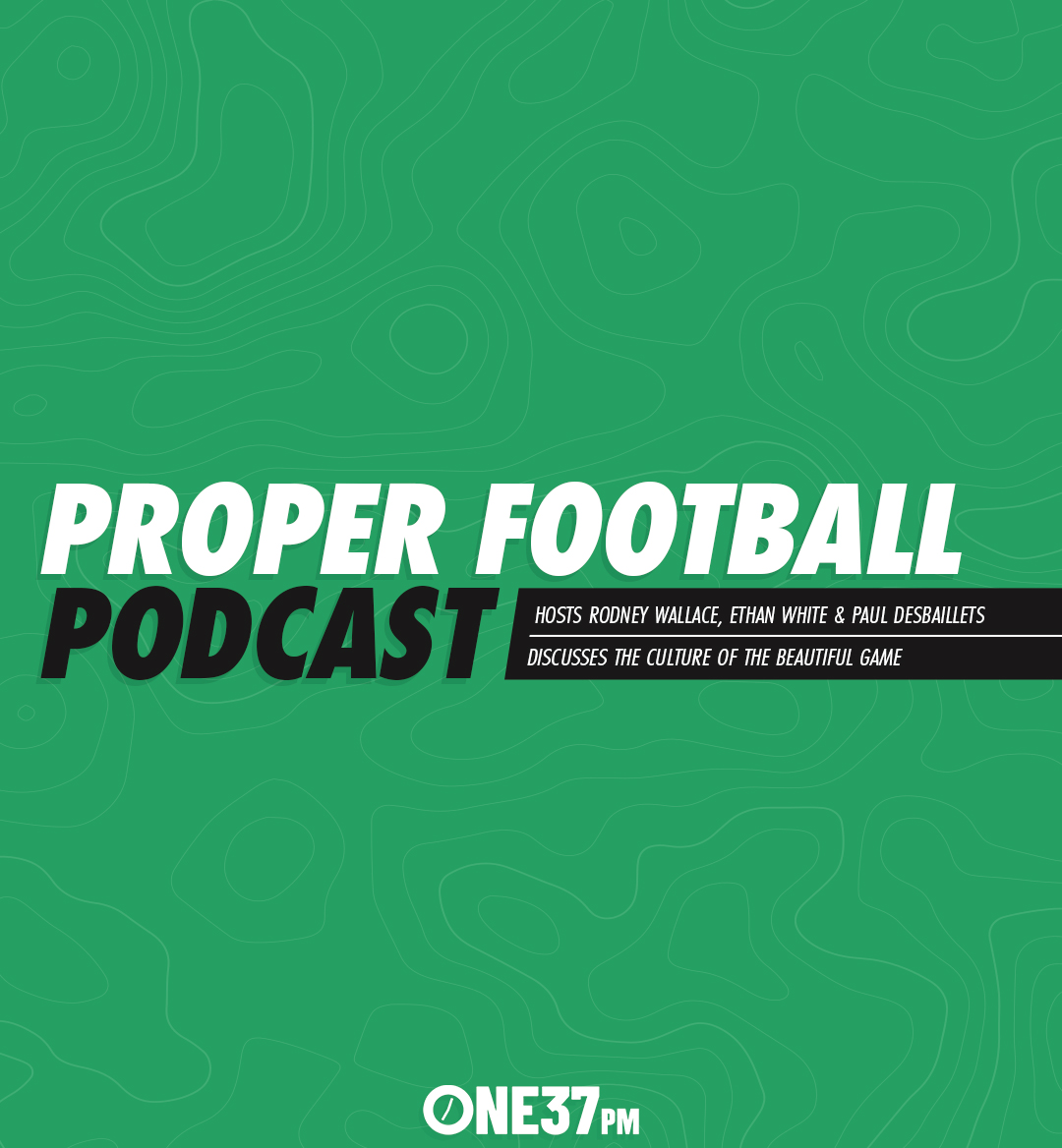 Every week hosts Rodney Wallace, Ethan White and Paul Desbaillets will bring their takes on the latest trending topics in the world of proper football with an emphasis on the culture of the beautiful game.

Wallace and White bring a wealth of knowledge to the conversation after playing in Major League Soccer for over a decade combined, while the former competed at the 2018 World Cup in Russia with the Costa Rica national team.

Meanwhile, Desbaillets is an avid football fan and creator of the GOAL Initiatives Foundation in Canada.

On this week’s episode, the crew discusses FIFA’s growing interest in hosting the World Cup every two years, Cristiano Ronaldo’s record-breaking sales record at Manchester United and Paris Saint-Germain’s latest luxury brand deal with Dior. The guys also bring up the latest from World Cup qualifying, including how the U.S. Men’s National Team, Canada and Costa Rica are faring.

ONE37pm is committed to bringing our audience the best content in the proper football world and we’ve been hard at work making sure we can provide top-notch commentary in the space on a variety of unique topics.

Don’t forget to like and subscribe to the show on Apple Podcasts, Spotify, YouTube or wherever you get your podcasts, and remember to tune in each Thursday for new episodes of Proper Football.