These are the names you need to know 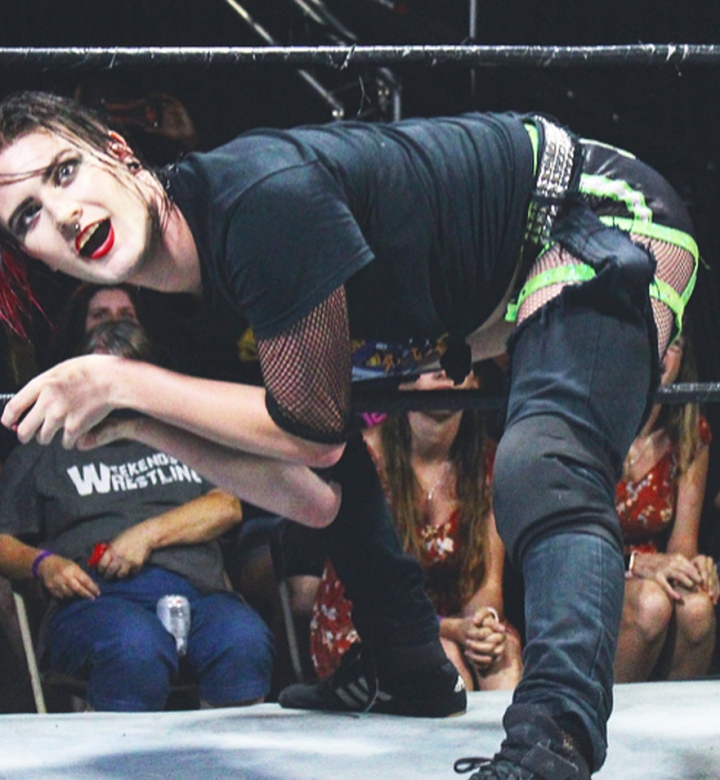 The extent to which we’ve reached the saturation point in pro wrestling is a constant question among the most die-hard fans. With over 15 hours of televised wrestling to watch a week, it’s never been harder to keep up. But despite the quality of what’s shown on the small screen, the most exciting action has—and always will be—on the indies.

TV pro wrestling is limited by the restraints of censors and the need for mass appeal. But there are no real restrictions to the creativity of local and underground shows, where more colorful characters are enthusiastically embraced. And although, as a matter of pure accessibility, it’s way easier to tune into whatever’s playing in your own home—it’s been clear for a while that the brightest stars had all tested their might in smaller venues long before they arrived in AEW or WWE.

Now, we’re counting down some of the brightest rising stars on the indie circuit in the United States in celebration of the eccentric world they inhabit. It seems likely these performers will get scooped up by a big company, sooner rather than later. Make sure to catch these insane talents in your hometown before an entire stadium of fans stands in your way!

The current IWTV Champion, Warhorse, is the human personification of heavy metal. He moshed his way through a giant tournament to capture his most prestigious title to date and has garnered an army of devoted followers with his charmingly goofy and completely earnest maniacal thrashing. His social media presence is shockingly wholesome, like an antidote for toxic masculinity: He can often be spotted encouraging fans to go to bed early and emphasizing the importance of trying your best. Despite existing as the embodiment of the world’s most brutal genre of music and his obsession with “RULING ASS” (always in all caps), he seems to make unlikely animal friends everywhere he goes.

Speaking of unlikely animal friends, Allie Kat—whose gimmick is that she is literally a housecat pining for belly rubs—is a hard-partying indie darling hailing from the Midwest who has quickly become a fan favorite around the entire United States. An early advocate of White Claw, Allie’s made her mark in Chikara as a tag team competitor alongside the rockabilly rebel Lucas Calhoun.

As a singles brawler, she’s lately squared up against TV talent like Nyla Rose and Penelope Ford. A recent ankle injury hasn’t stopped her from kicking ass either—you know what they say about cats having nine lives...

More diminutive grapplers will always have a harder time getting over, but Tony Deppen’s relatively short stature hasn’t stopped him from claiming victories in several of the more prominent indie leagues around the country. His style of wrestling is more straightforward than garish, but his high-energy offense and endless trash-talking is as adorable as it is unstoppable. Although he’s a natural heel, it wouldn’t be hard to imagine him in the role of the plucky underdog sometime in the future.

Pro wrestling has a long history of grapplers with spooky gimmicks, but Danhausen’s charming and lighthearted spin on devilish style brings a humorous freshness to age-old gothic tropes. Danhausen is like a demon-infested Pee-wee Herman, a slightly sinister protector for a new generation of Satanic children. His signature move? Pouring a jar full of human teeth into his opponent’s mouth. (Where does he even find those?!)

Clawing his way from the depths of hell to the top of the Midwest indie scene and into the hearts of rapt Twitter followers, Danhausen is clearly gearing up for bigger things.

Beamed to Earth from another planet, Kris Statlander is the “galaxy’s greatest alien” fighting her way through our world’s biggest bruisers. Using her long limbs in a confusing arsenal of cartwheels, headstands and cleverly implemented hurricanranas, Statlander is a former IWTV champion setting her sights on global domination. Powerful and agile in equal measure, Statlander doesn’t back down from opponents of any gender, species or astral alignment.

This foul-mouthed high priestess of violence has one of the stiffest punches on the entire indie scene. Harlow O’Hara amassed worshippers of all kinds during her long and prosperous reign as Battle Club Icons Champion and now she’s gunning for the franchise belt. She’s easily trounced enemies twice her size, but she’s not exactly known for playing well with others—as she’s recently been seen feuding with her former friends in The Carnies. That being said: her face is always beat for the gods; her nails are always filed into perfect claws. It’s important to look pretty while snatching titles.

Fans feared that a recent severe neck injury would take Willow away from pro wrestling for good, but she’s finally back and better than ever. Willow’s smiley and bubbly demeanor belies her heavy-hitting prowess. Her partnership with indie stalwart Solo Darling has made the duo a favorite in the tag team scene. Look no further for a positive role model—Nightingale is a new symbol of perseverance and positivity.

Flirtatious and gender-fluid, the “punk rock kween” has been titillating audiences and confusing straight men around the United States for years. Prodigiously talented (they’re only 22!) and gorgeous in or out of makeup, Jamie Senegal’s moveset is an updated and more brutal version of classic divas wrestling, taking inspiration from Melina (who they’ve recently faced as an opponent) and other women of the late ‘90s and early ‘00s, with a bit of a lucha libre twist. Who needs a Harley Quinn solo movie when we’ve got Jamie fighting off foes for fun?

A flashy moveset and a penchant for Mexican fast food have helped Kentucky-based upstart Alex Zayne amass nearly 20,000 Twitter followers in his burgeoning career. His brilliant aerial assaults are perfectly captured in a ceaseless flow of jaw-dropping video clips on his timeline.

Zayne’s signature moves include stunningly ruthless variants of standard high-flying antics, including a devastating 450 that ends in a double-knee strike rather than a splash. While more curmudgeonly critics of the new generation of highly GIF-able athletes may scoff at his picturesque acrobatics, Zayne’s too busy racking up new fans to be bothered.

One of pro wrestling’s central narrative motifs is the underdog story, and the tiny Leyla Hirsch embodies the grit required to overcome all odds. Following a recent stint with wXw in Germany, during which she faced off against the legendary LuFisto, Hirsch is now returning to the United States with more victories under her belt. What she lacks in size she makes up in both strength and feistiness. No fancy gimmicks here, just pure grappling skills, fiery determination and a shockingly graceful moonsault.

Unpacking the Ben Simmons News: It Isn't His Fault