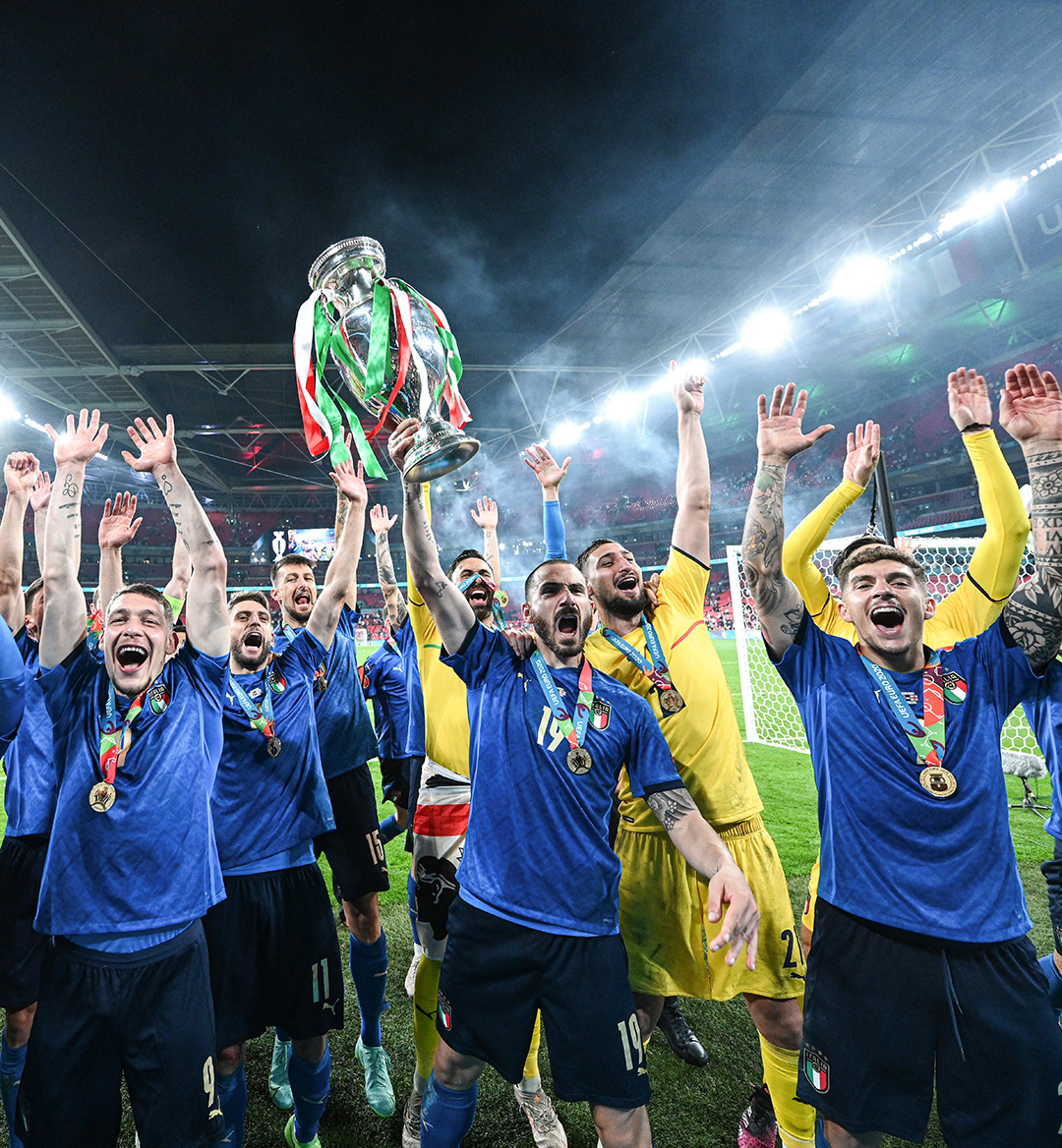 For a footballing nation like Italy, missing out on any major tournament is a significant deal, but when it’s the World Cup major red flags are raised. In 2018, the Azzurri had to watch yet another European country win the World Cup in Russia while Italy sat home after missing the competition.

His presence has led the Azzurri on an astounding run since 2018, putting his side in position to go unbeaten in 34 consecutive matches -- one away from tying Spain and Brazil for the all-time record.

In the time that passed after Italy’s 2006 World Cup title over France the Azzurri had struggled to find an attacking identity and for that reason they largely weren’t competitive in the biggest competitions except for Euro 2012 -- where they suffered a significant 4-0 beatdown against Spain in the final.

Since Mancini has taken charge of the Italian national team though he’s brought an adjusted attitude and a clear vision for what the Azzurri should be not just at Euro 2020 but moving forward towards the 2022 World Cup in Qatar and beyond.

Mancini hasn’t been afraid to take risks during his tenure, something that Italian teams of the past have sometimes been criticized for.

Make no mistake, Italy has been a consistent force at the defensive end of the pitch for decades, with Paolo Maldini, Franco Baresi and Fabio Cannavaro among the top players to man the back line for the Azzurri.

That trend of having stellar defensive play was evident throughout the Euros, with Giorgio Chiellini and Leonardo Bonucci manning the center of the back line.

However, Italian teams previously conceded significant spells of possession and didn’t have the attacking flair that this team currently boasts. Lorenzo Insigne and Federico Chiesa are two outstanding talents on the wings with so much creativity between the two of them.

The biggest difference though between the side that missed the World Cup three years ago and now lies in the midfield.

Nico Barella, Marco Verratti and Jorginho have formed an unbreakable partnership in the center of the park, with the Chelsea man serving as the perfect two-way player to help initiate attacks for Italy.

Italy’s epic penalty shootout performance against England, which helped the Azzurri win Sunday’s title match in London, exemplified the spirit of this current Italy team and the reason for excitement with the country’s youth that will mold the squad for many years to come.

Two men that helped solidify a chance for the Azzurri to even reach the shootout were Manuel Locatelli and Domenico Berardi, players that currently ply their trade at Sassuolo in Serie A -- a club that very few would’ve expected stars of the tournament to come from.

Once the match reached the shootout though, Gianluigi Donnarumma took over and put himself into another echelon when it comes to the conversation of the world’s best shot stoppers.

Donnarumma made two crucial saves in the shootout on Jadon Sancho and Bukayo Saka, while Marcus Rashford’s penalty miss clattered off the post as well.

With the World Cup less than a year-and-a-half away from being played in Qatar, everyone will be watching Italy’s continued presence and patiently wait to see if they can capture another major trophy in 2022.