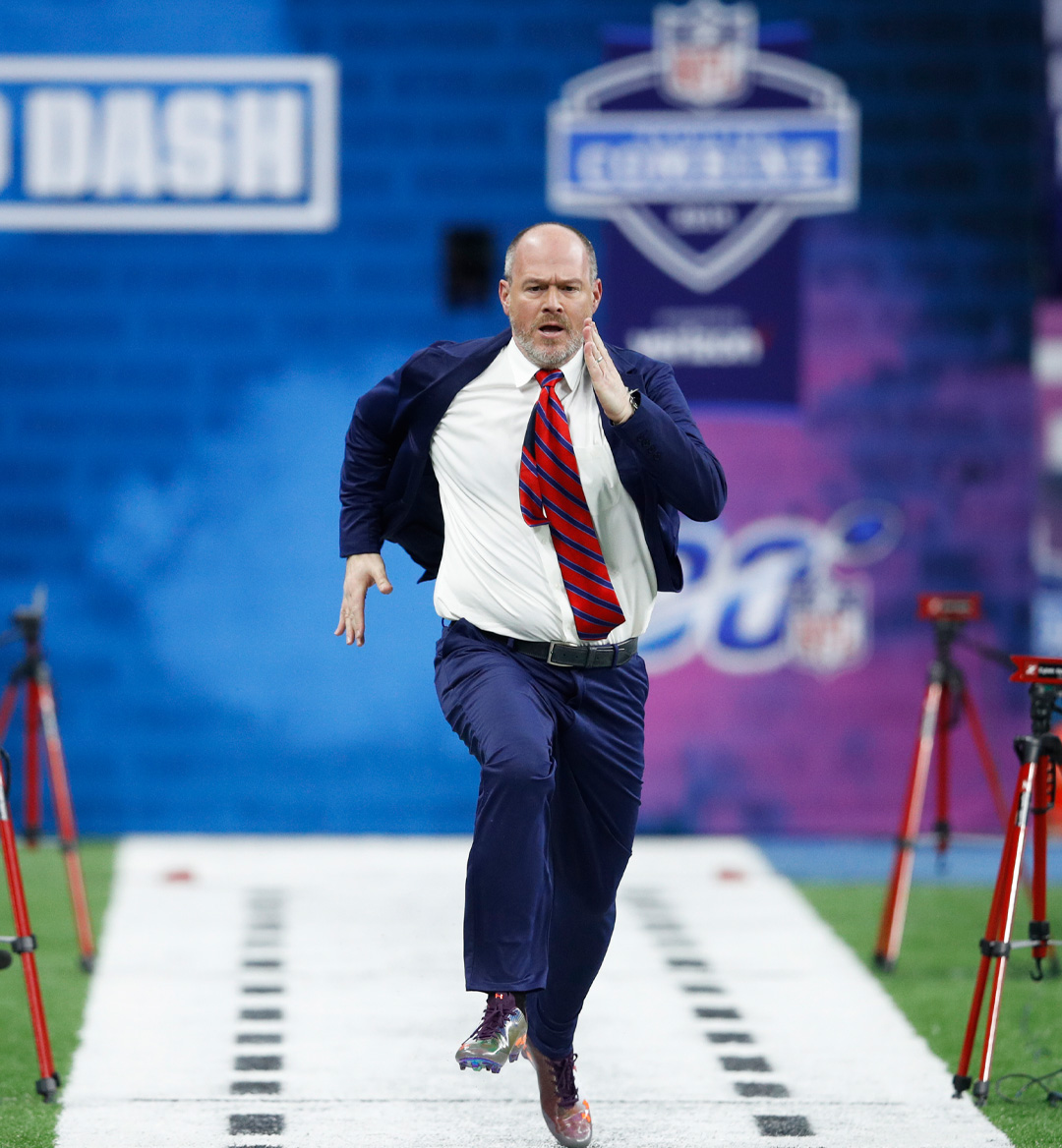 Rich Eisen's been at this a long time. Running for charity, that is.

At the 2020 NFL Combine in Indianapolis, the legendary broadcaster and current face of the NFL Network will run his annual 40-yard-dash in the name of charity and raise money for St. Jude Children's Research Hospital. Since 2005, Eisen has suited up (literally in his suit), laced up his sneakers and joined the other hopefuls that competed at that year's combine and run the 40-yard-dash. His time doesn't really matter, but what he's running for certainly does. 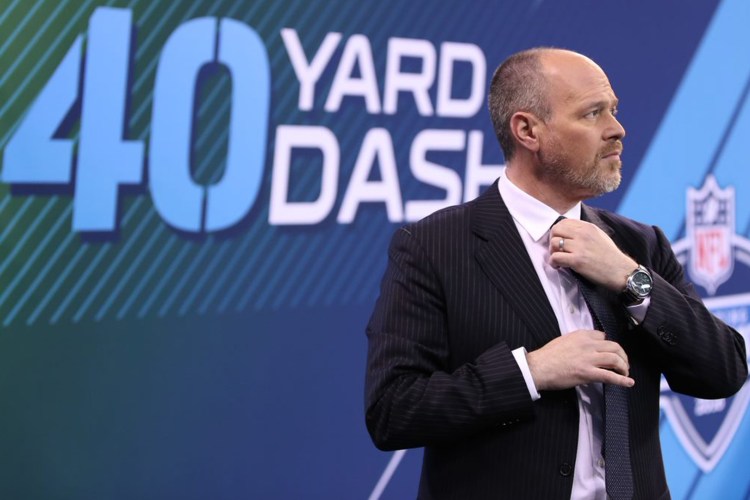 Eisen got his start working for the Staten Island Advance before eventually landing at ESPN, where he formed a duo with the legendary Stuart Scott on Sportscenter and provided commentary on the day's highlights. He covered all sports, but it was clear that talking about professional football was where his career lay in his future. He moved to the NFL Network in 2003 and just a few years after that, the #RunRichRun event got its start.

Explaining here, the idea for Run Rich Run began with a light-hearted jab and challenge from the legendary running back and Hall of Famer Terrell Davis for Eisen to undertake the 40-yard-dash with the stipulation that he'd run in his suit. The rest is, as they say, history as Eisen has been doing it ever since. Sure, the results may not have always been in Rich's favor—it's become somewhat of a tradition to overlay some of the players' runs over his, not exactly a great look for him—but it's about the spirit of the run, rather than the time.

This year, Eisen won't be running the challenge alone as Marc Lore, the President and CEO of Walmart eCommerce, and Michael Rubin, the owner of the Philadelphia 76ers and New Jersey Devils, have also thrown their hat in the ring as well. Lore will be racing against NFL legend Jerry Rice, who will be running in place of Rubin. If Lore comes out on top, Rubin will donate $250,000 to St. Jude in Rice's name. If Rice wins, then Lore will donate $250,000 to St. Jude.

The hype around this challenge is REAL. Even though this is all for a good cause and in the spirit of competition, that doesn't mean Lore and Rubin don't want to win this challenge. In a show of support for either side, you can also make your contribution to either side on the Run Rich Run website, helping either Team Jerry or Team Marc raise the most money for St. Jude. Donations are even being tracked in real-time, so you can even follow along to see which side is raising the most cash.

So, YEA, apparently this guy thinks he can beat me in the 40-yard dash!!! ? WELL. I GUESS THERE’S ONLY ONE WAY TO FIND OUT. See you in Indy, Marc Lore, and get that money ready! Big shoutout to my man @richeisin for setting this up through #RunRichRun & thanks to @michaelgrubin pic.twitter.com/ABM53FK9B9

Founded in 1962 by actor and singer Danny Thomas, St. Jude Children's Research Hospital is a non-profit research and treatment hospital in Memphis, Tennessee. While much of the facility is dedicated to treating leukemia and various other pediatric cancers, it houses and provides care for patients fighting all diseases. St. Jude is entirely non-profit and relies on charitable contributions from donors, hence Eisen's #RunRichRun event.

Donations for the event are open now, and your contributions are needed now more than ever, so be sure to visit the #RunRichRun website and help support St. Jude Children's Research Hospital.

UPDATE (3/5): The results are in! How fast did Rich run this time around? Who won the big challenge between Marc and Jerry Rice? Check out the video to find out.