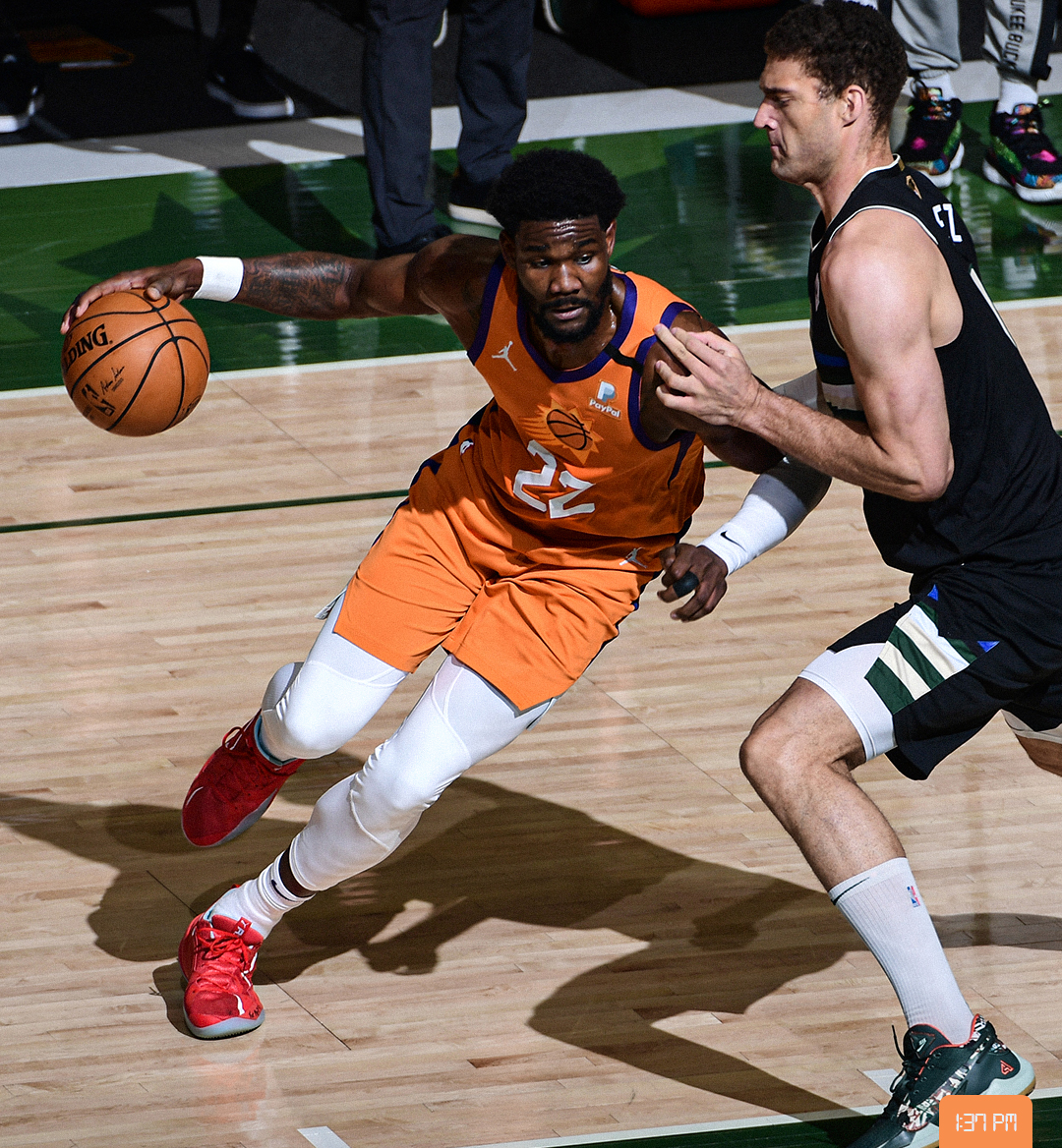 In a vacuum, the Phoenix Suns probably made a good decision to not offer DeAndre Ayton, the first pick in the 2018 NBA Draft, a $172 million extension. Ayton is the kind of low usage center that’s commonplace in the NBA; there’s hardly a shortage of tall guys who can jump high, catch lobs and clean up the stray offensive rebound—Daniel Gafford and Robert Williams signed contracts that, combined, total about half of what Ayton wanted from the Suns.

In reality, though, it's organizational malpractice to let the October extension deadline pass without delivering Ayton the bag that was promised.

During last year’s charmed romp to the Finals, Ayton was solidly Phoenix’s third best player, providing the interior physicality that Chris Paul and Devin Booker lack. Over the course of their playoff run, Ayton shot 65.8 percent from the field and had nearly as many offensive rebounds (67) as he did missed shots (80). Even if he doesn’t possess the on-ball wattage of Paul or Booker, Ayton sneakily acted as the Suns’ offensive fulcrum; his screen setting and gravity as a roller provided the Suns with a new dimension of rim-ward oomph.

Defensively, he’s proven to be shockingly adaptable for a player who leans closer to "traditional center” than the “space-age anthropod” archetype that’s now in style. Against the Nuggets, Ayton troubled Nikola Jokic, holding him to 53 percent true shooting (down from 64.7 percent true shooting mark in the regular season). Against the Clippers, Ayton ably held his own against a five-out offense designed to target players like him.

More, Ayton represents one of the last avenues for easily attainable improvement on an old, capped-out Suns team; the Suns’ best chance at repeating as Western Conference champs is dependent on Ayton’s steady growth. For Ayton, very-goodness is simple—he's so massive and athletic and coordinated that reconfigures opponent’s gameplans and lineups simply by standing in the right place with his hands up. Although he's clearly a step below the NBA’s best big men at the moment, it’s not hard to imagine Ayton progressing towards eliteness, whether that’s by evolving into a fearsome interior defender or by becoming an anti-small ball union buster who forces teams to guard him with a center.

By entering the season without a new contract, Ayton will become the first number one pick since Anthony Bennet to reach restricted free agency. And while Bennett went contract-less because he was lumpy and apneic, Ayton’s deal was sabotaged by a factor beyond his control: Robert Sarver. A miserly real estate bigwig who can’t even stock his arena with warm nacho cheese, Sarver is possibly the worst owner in sports, offering all of James Dolan’s oafishness but with none of the largesse.

In this sense, letting the extension deadline lapse is a transparent attempt to squeeze Ayton so that the Suns can save some money on their luxury tax bill—Ayton will probably sign a lengthy extension to stay in Phoenix over the summer, but the Suns are trying to get a discount on it by matching an offer from another team next summer rather than making a competitive one of their own. The Suns’ whole approach to the situation reeks of parsimony and bad faith; first, they artificially suppressed Ayton's statistics by shoehorning him into a circumscribed role that inherently limited his value (his 10.0 field goal attempts per game last year was by far the lowest mark of his career) and then punished him for not posting gaudier stats.

There’s a difference between being correct and being right.