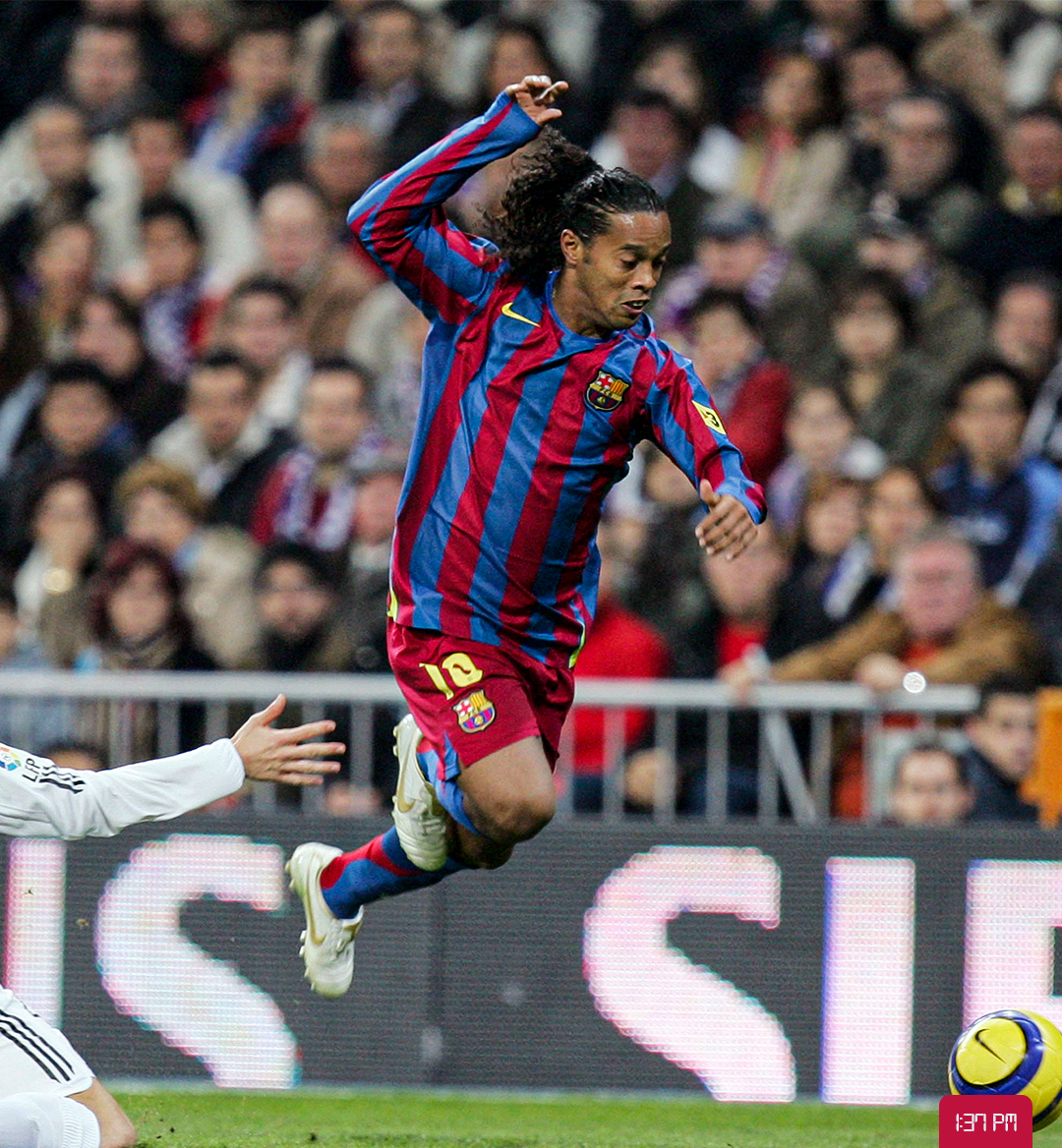 El Clasico has been one of the biggest spectacles not only in the European football landscape, but in all of sports.

It is a match between Real Madrid and Barcelona, two teams in the top Spanish football league known as La Liga, and two of the most successful clubs in all of Europe.

Leading up to match day between Real Madrid and Barcelona, fans are given the opportunity to reminisce the greatest matchups between the two historic Spanish clubs, like in 2014, when Gareth Bale turned into the human flash and dusted Barcelona at their Camp Nou, or in 2017, when Lionel Messi sent his flaming spear into the heart of Real Madrid at their Santiago Bernabeu. 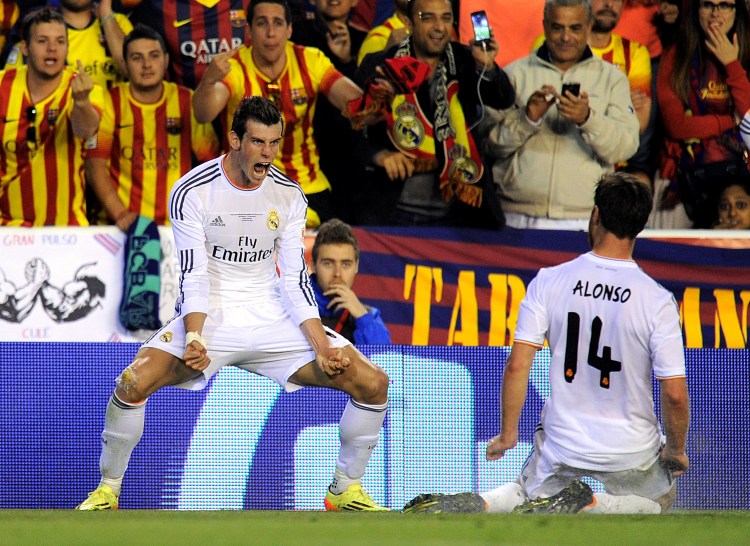 Throughout the past decade, the intense rivalry of Cristiano Ronaldo and Lionel Messi doubled the attraction that is already garnered for arguably the biggest soccer match on the planet. Even without two of the games greatest stars, the historic rivalry between the two teams and hatred amongst the fans should be enough to make this weekend's El Clasico one to remember.

How did El Clasico Begin? 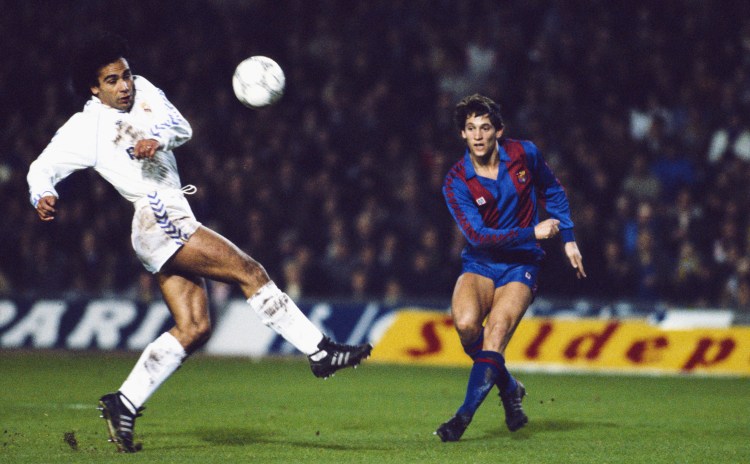 Barcelona striker Gary Lineker (r) gets in a shot as Hugo Sanchez of Real Madrid looks on during the 'El Clasico' between Barcelona and Real Madrid at the Camp Nou on January 31, 1987 in Barcelona, Spain. (Photo by Simon Bruty/Allsport/Getty Images) / Getty Images

Football analysts and minds alike point to the 1940s as the timeframe for which El Clasico became what it is today. One of the more memorable matches from that decade happened in 1943. Barcelona were up 5-3 in the 73rd minute against Real Madrid during a La Liga match at Les Cortes, Barcelona's home stadium. In a hostile environment, Madrid would proceed to score two unanswered goals to tie the score, salvaging a draw in a 5-5 result for the record books.

Who has the most goals in El Clasico? 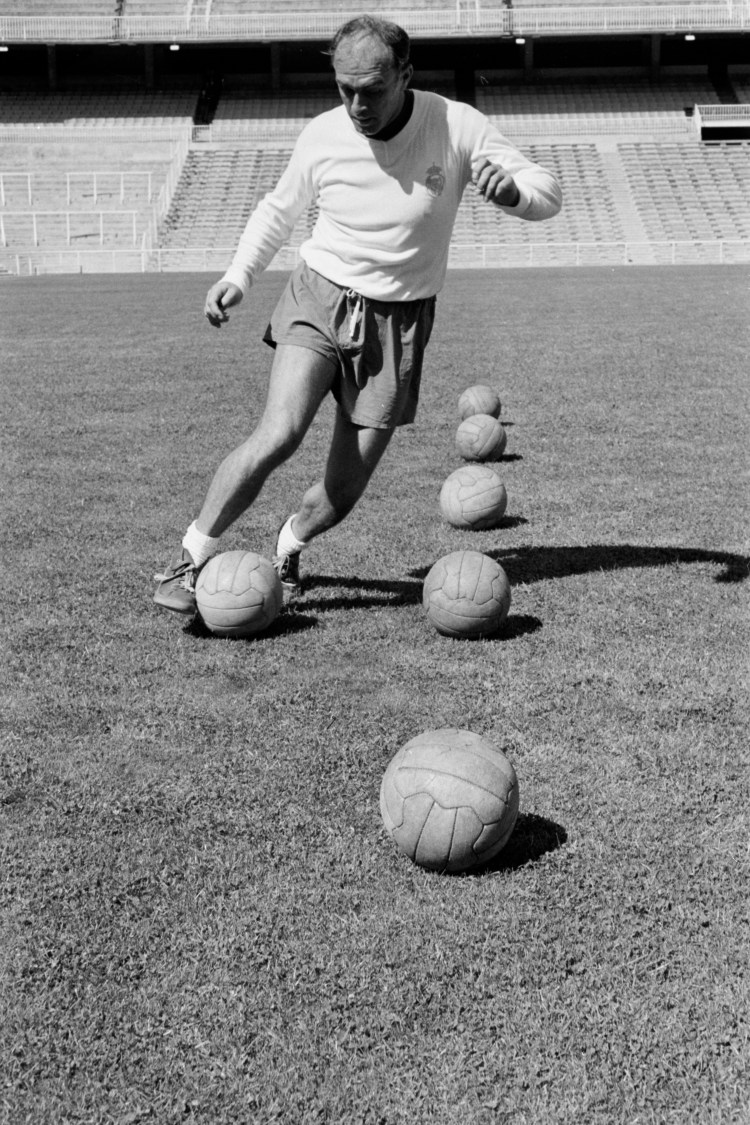 Argentinean striker Alredo Di Stefano was at the forefront of Real Madrid's dominance against Barcelona during the 1960s. Di Stefano is the all-time leading goal scorer in El Clasico with 26 goals, and was known for playing some of his best football against arch rival Barcelona. 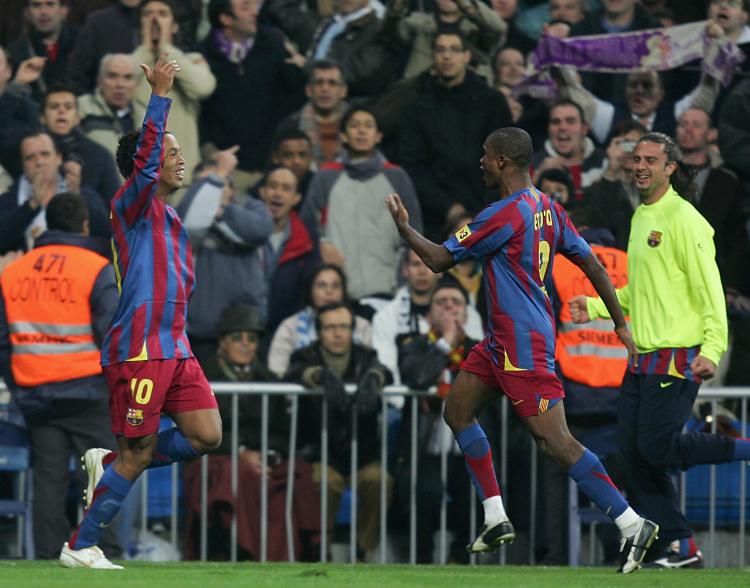 Imagine Alex Rodriguez earning a standing ovation at Fenway Park, or J.J Redick receiving love from UNC fans at the Dean Dome. Both of those inconceivable scenarios equate to what Real Madrid fans at the Santiago Bernabau did for Barcelona's Ronaldinho in 2005.

Ronaldinho was the reigning world footballer of the year. The golden boot winner (awarded to the player with the most goals in a league) was a stalwart on a Barcelona team full of such. Samuel Eto'o and Lionel Messi were forces to be reckon with as well during that year. Against Real Madrid in 2005 though, Ronaldinho put on a solo exhibit of greatness, and did it all with a big smile on his face. Among displaying his outstanding dribbling and playmaking to the Madrid fans during the match, he scored two spectacular goals to seal a comfortable Barcelona victory.

After his second goal, around half of the supporters in the stadium were standing up and cheering on the Barcelona superstar, just as he tormented their team. 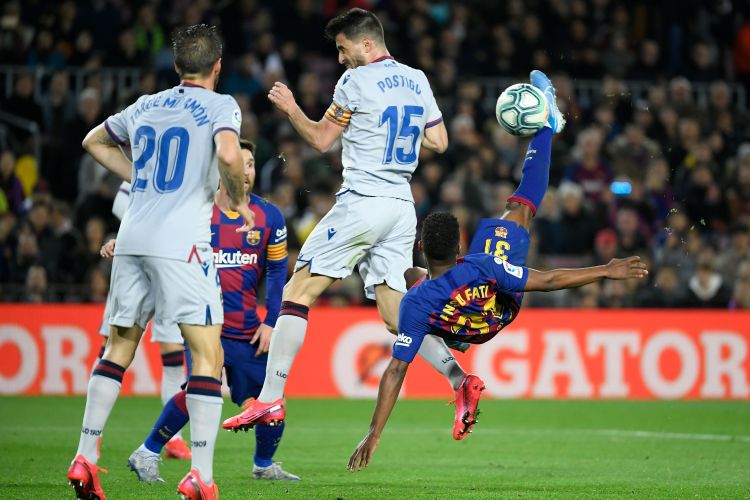 This will be the first time in over a decade that we'll see these two teams play without Lionel Messi or Cristiano Ronaldo on the team.

While there won't be any players on the pitch that have half of the quality of those mentioned above, there are reasons to be as excited as ever for this weekend's El Clasico.

There are young stars in both squads, including 18 year-old Ansu Fati for Barcelona and 21 year-old Vincius Junior for Real Madrid, that will vie to become the next El Clasico hero. After all, there was a point in time when a 20 year-old Lionel Messi wasn't even considered the best player on his team, but nonetheless, burst onto the scene with a hat-trick in El Clasico in 2007.

Considering the amazing moments we've seen between these clubs, expect to see the birth of a new hero, and maybe even a world superstar, when the two teams play this Sunday. After all, it always delivers.