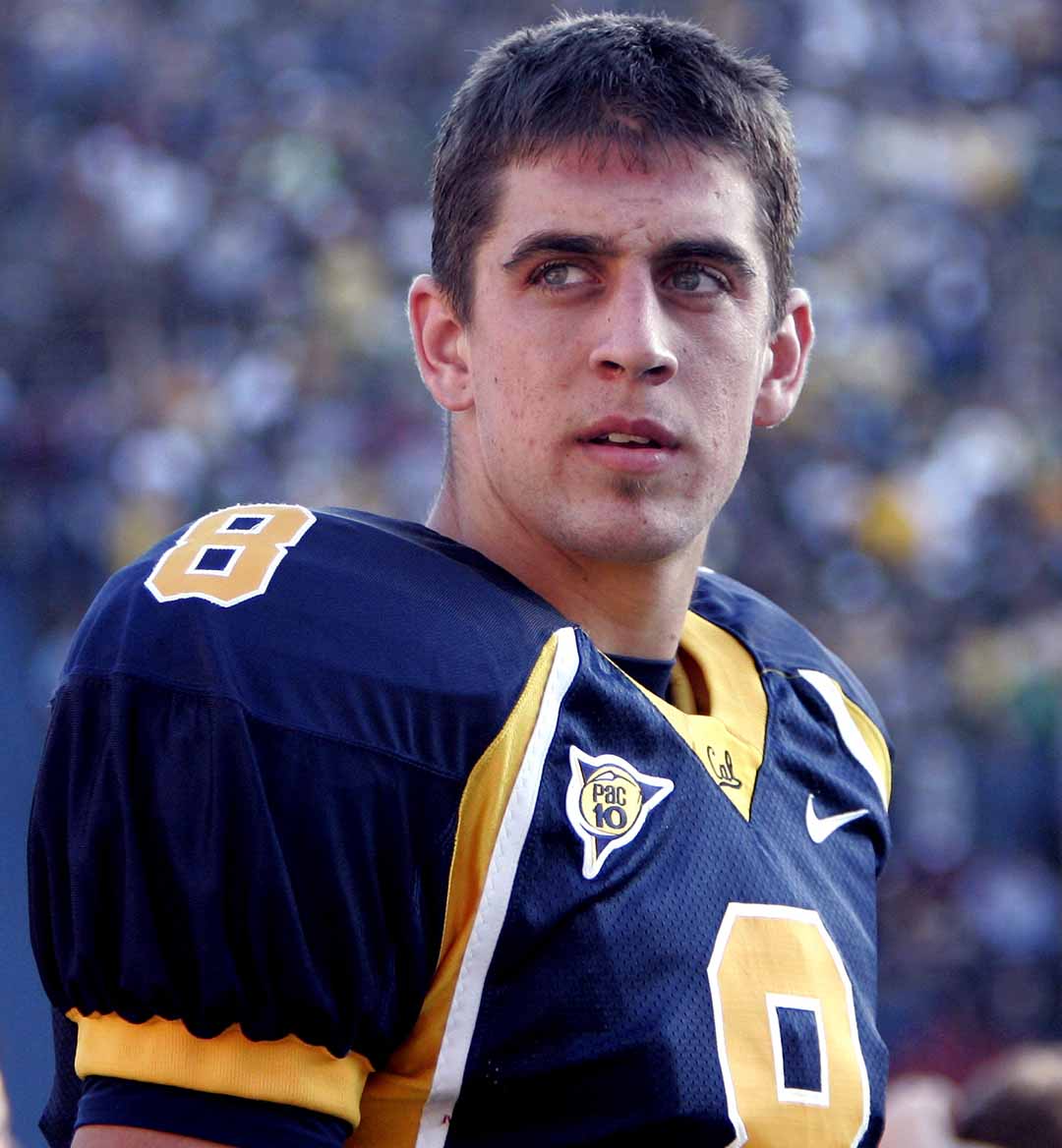 Despite setting records at Pleasant Valley High School (Chico, CA), Aaron Rodgers was only a three-star recruit and did not receive a single scholarship offer from any FBS schools. He passed on the only walk-on offer from Illinois and attended Butte Community College instead.

Rodgers was only noticed when a University of California coach was recruiting a Butte College tight end. Once he transferred to Cal, he distinguished himself as one of the nation’s top quarterback prospects and left for the NFL after two years.

After college, he was in familiar territory. He dropped to the 24th pick of the first round after being projected as a top five pick. Then he spent three years as the backup to Brett Favre before finally getting his chance. But once he was given the opportunity, he performed, leading the league in passing and being named NFL MVP two times respectively on his way to a Super Bowl MVP ring in 2011.