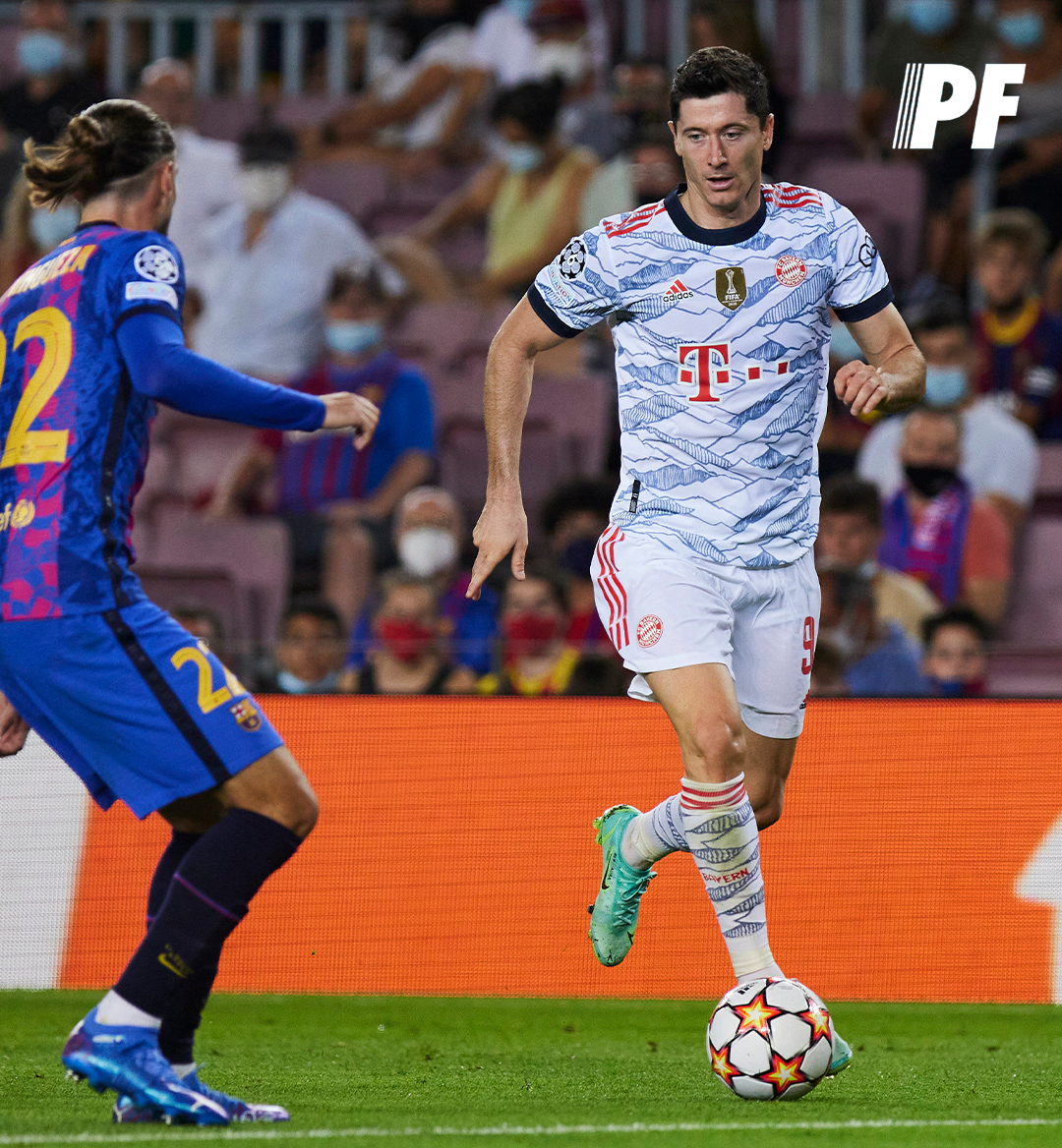 The European football season is underway and we’re already seeing some unbelievable performances across the board from some of the world’s best players.

Chelsea, Manchester United, Bayern Munich and Real Madrid are among the clubs that have already impressed and one thing they have in common is their star strikers standing up front.

Stout defenses are incredibly important in the grand scheme of football, but goals reign supreme in the sport and players like Robert Lewandowski and Cristiano Ronaldo offer great boosts to their respective squads.

Meanwhile, young talents in Erling Haaland and Dusan Vlahovic aim to lead the next generation of goal scoring greats while already shining in their early 20s.

Today, ONE37pm takes a closer look at the 20 best strikers in European football at this moment.

The RB Leipzig striker is coming off of an unbelievable season at Frankfurt and certainly warrants the viewership of some of the other top goal scorers in the Bundesliga. His 28 goals last season were a key reason why Frankfurt finished fifth and qualified for Europe.

The Swedish great continues to ply his trade in Italy with AC Milan and even though he has a little competition up front with Olivier Giroud most recognize that Ibrahimovic is the man to watch and will be important in Milan’s chances of winning Serie A.

Juventus may have lost Ronaldo this summer, but Morata continues to be an adequate finisher in the Bianconeri attack. Morata will serve as even more of a focal point in 2021/22 without CR7 present for the Old Lady.

Nice won’t be on a lot of people’s radars this season, but Gouiri should certainly be a player that is consumed by fans. His goal scoring ability to innate and at 21 years old there’s no question he has the chance to find himself at a bigger club in the next year or two.

Napoli have built a stout squad heading into this season, but with Osimhen hitting his mark early in the campaign it bodes extremely well for the Serie A side. If Osimhen can find his form from when he joined the team from Lille, Italian sides will need to be wary of Napoli.

The Inter strikers are in a unique situation given everything that transpired this summer with Romelu Lukaku moving on to re-join Chelsea. Both players have started this campaign at a frightening rate for Inter, having combined for seven goals in Serie A matches.

The Argentina international is finding his footing at Atletico after a solid showing last season, but he’s already bagged three goals in 2021/22 and Diego Simeone’s side will need him if they are to challenge Real Madrid and win back-to-back La Liga titles.

Everton’s front man doesn’t get the attention some of the other top players in England may receive, but DCL is very much worthy of the plaudits that Ronaldo, Harry Kane and others get. He’s started this season with three goals in as many matches and there’s plenty more to come.

The Leicester star continues to perform at peak level as the Foxes strive for further glory this season. Vardy has been playing at a high level since Leicester’s marvelous title-winning campaign nearly six years ago.

The West Ham striker has been arguably the best in the Premier League to start the season and will certainly make the Hammers a European contender once again if Antonio continues to light up the scoresheet.

Despite his troubles at West Ham, Haller is finding new life quickly at Ajax. Since 2021 began, Haller already has scored more goals for the Dutch side than his entire time at West Ham, including a four-goal performance recently against Sporting Lisbon.

The Serbia international is a player that every casual fan should become familiar with before he takes another step towards superstardom. Last season, Vlahovic only trailed Cristiano Ronaldo, Romelu Lukaku and Luis Muriel in Serie A for goals scored after bagging 21 of his own. Vlahovic is only 21, and similar to Erling Haaland, is considered to be among the players that will lead the way into the next generation of football.

The Premier League’s immense talent at the striker position is one of the many reasons why fans love the league, and despite the transfer sags that Kane went through this summer he’s performed at a top level. He helped guide England to the Euros final as well after putting on a goal scoring clinic.

The Italian struggled at the Euros but there’s no question that Immobile is a monster in front of goal in Serie A. Lazio benefits greatly from Immobile’s natural goal scoring ability and he’s certainly in line for a Golden Boot in Italy this season.

The attention may have fallen off Mbappe a bit with the arrival of Lionel Messi at PSG, but we can’t lose sight of what a promising talent the Frenchman is. Already a World Cup winner for France and UEFA Champions League finalist, Mbappe’s career trajectory could take another leap with UCL glory this season.

Real Madrid’s No. 9 quietly goes about his business and Los Blancos certainly won’t have any issues with that. While Barcelona’s struggles are well documented, Madrid looks like it’s beginning to build a core around Benzema that will succeed for many years to come.

The Norwegian superstar is one of the most exciting players on the planet at the moment and is truly a hybrid of a striker and attacking midfielder. Haaland’s pace makes him so dangerous when charging at defenders and it’s almost a certainty that he’ll be the best player in the world very soon.

Chelsea needed a striker this summer after Timo Werner’s first season at Stamford Bridge had its share of ups and downs, and Lukaku is already showing that he’s among the world’s best. Coming off of a strong season at Inter Milan, Lukaku is taking the Chelsea attack to another level.

The Portuguese superstar is reminding us of what a tremendous player Ronaldo is after rejoining Manchester United this summer. His time at Juventus may not have been filled with success, but the Red Devils have lofty goals in place with their man back at Old Trafford.

The Bayern Munich striker has been one of the best in the world for some time now, but coming off a season where he broke Gerd Muller’s Bundesliga record for goals in a single season Lewandowski is following it up with an unbelievable start to the 2021/22 campaign.