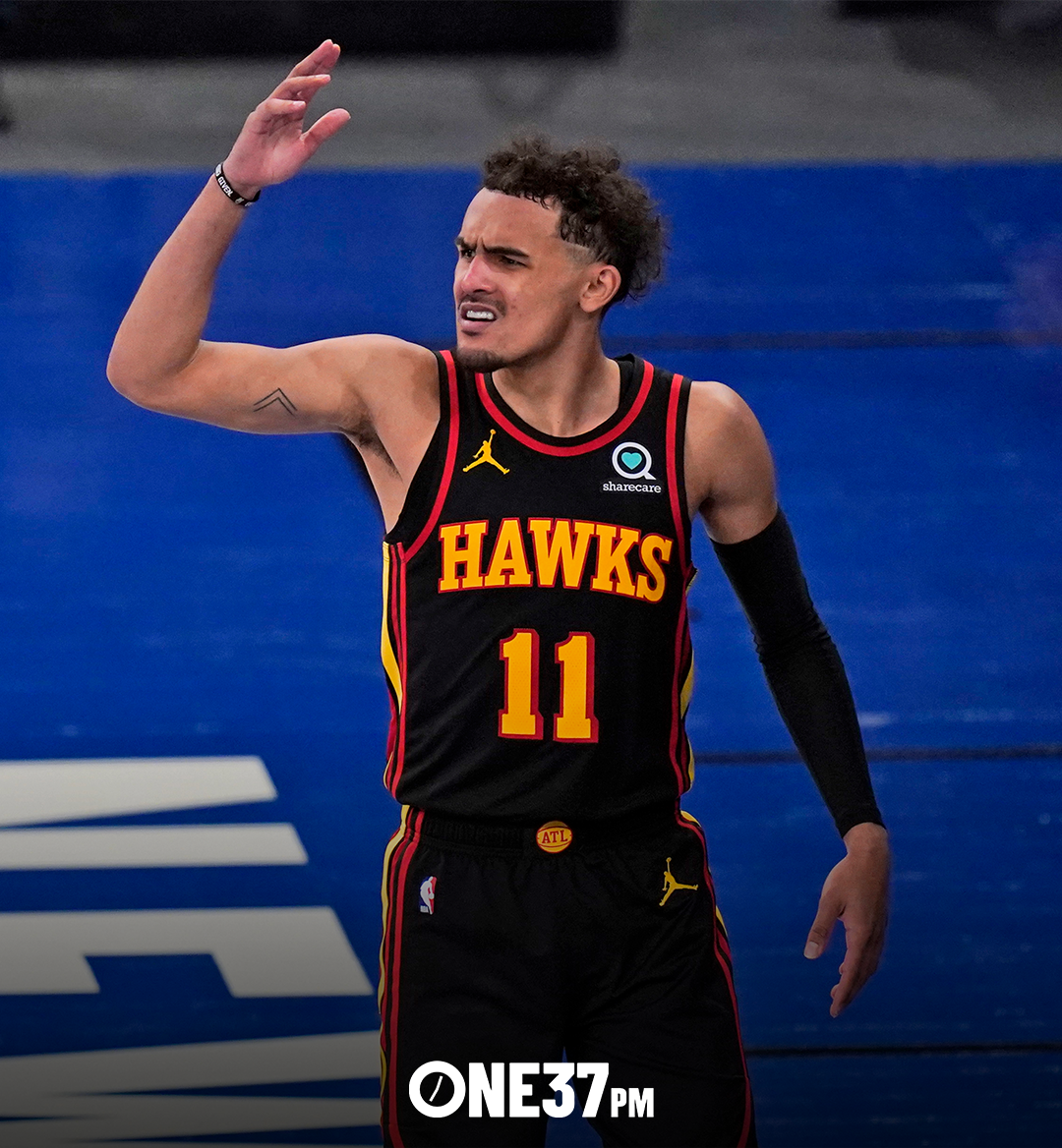 When the playoffs began last month, a Narrative-with-a-capital-N began to form around Trae Young. The Sparknotes version: he’s a flopper; a showboat; an obnoxious supervillain with bad hair who looks like, uh, some guy’s dad’s dick. All this hostility, naturally, comes from a place of genuine admiration. By eliminating the upstart New York Knicks and stealing home-court advantage from the Philadelphia 76ers, Young authored his own legend in real-time. By being equal parts unstoppable and unapologetic, he’s made his own myth and placed himself within a proud lineage of NBA antagonists.

In a postseason now absent of Stephen Curry and Damian Lillard, Young has staked his claim as the NBA’s most dangerous—and maybe most confounding—point guard. Through seven games, Young averaged nearly 29 points and 10 assists per game. Besides his genius passing, there’s no obvious reason why Young is so dominant beyond the fact that defenses are simply unable to guard him. He’s quick, but neither tall nor especially fast; a good shooter, but hardly an elite one; a slippery dribbler, but not a magical one. Instead, he befuddles defenses because he has internalized the rules and rhythms of the game, ever-aware of the exact rotations that his movement will provoke and how to abuse them.

As the ball-handler in a pick-and-roll, Young is like a student who has stolen the answer key to a test. Send help from the weak-side and he’ll whizz the ball to a now-open shooter; step up to stop his penetration and he’ll toss a lob over your head to the rolling big man. Do your damnedest not to allow a corner-three or an alley-oop and he’ll amble into an uncontested floater. For opposing teams, the road to getting vivisected by Young is paved with good intentions.

Moreover, Young’s unlikability is intrinsic to what makes him so good. To watch Young is to be frustrated and confused. Against Young, other teams look inexplicably lousy. Hectoring defenders seem cowed because otherwise Young will bait them into fouls. Smart coaches suddenly look dumb because Young turns sensible defensive choices into death sentences. Since Young is slight enough such that he ostensibly looks like one of the few NBA players you could maybe take in a fight (spoiler: you can’t), his success presents itself as the result of his opponent’s failure.

And then there’s the matter of his comportment. Beyond his playing style, Young revealed himself as a glorious jerk during the first round of the playoffs. Not content to punk just the Knicks, he made sure to punk their fans too. After hitting the game-winner in Game One, he shushed Madison Square Garden. While the Knicks faithful gave their team an appreciative standing ovation at the end of Game Five, Young drained a step-back 30-footer and bowed at half-court, which, remarkably, wasn’t even Young’s first time bowing to a frothing crowd. Listen closely whenever Young has the ball at a road game and you can hear 20,000 fans angrily muttering why I oughta to themselves.

The beauty of the NBA playoffs is that they force players to become even more like themselves. The regular season steadily builds a bricolage of big stat totals across good and bad performances; the postseason wipes it away, leaving only glue and paper scars, and revealing the raw-nerved vibes of the participants. Here is where Paul George’s moodiness gives birth to the regrettably named Playoff P or where Donovan Mitchell’s ballsy shot-making transforms him into a superstar and not merely a self-aware Dion Waiters. Accordingly, Young’s heel-turn is more of a continuation than a revelation—he’s always been this way, even if not enough people watched the Atlanta Hawks to notice it. Young becoming the personal enemy of Knicks and Sixers fans is not just him effortlessly slipping into a well-cast role. It’s destiny.

Just as Zoom now feels like it’s always been part of daily life, reflexively disliking Young feels like something coded deep within the DNA of basketball fandom. There’s a certain joy in watching everyone follow the same invisible script. Fans hate him because of course they do; he trolls and goads them and torches their favorite team—but how could he not? After a bewildering year that felt unmoored from the four billion that preceded it, the collective experience of hating Trae Young is a return to the normal tempo of life. Pictures of birds dot the stands and arenas boom with boos and chant about Young’s losing battle against male-pattern baldness. Nature is healing.