'There's No Plan B' For USMNT Heading Into World Cup Qualifying 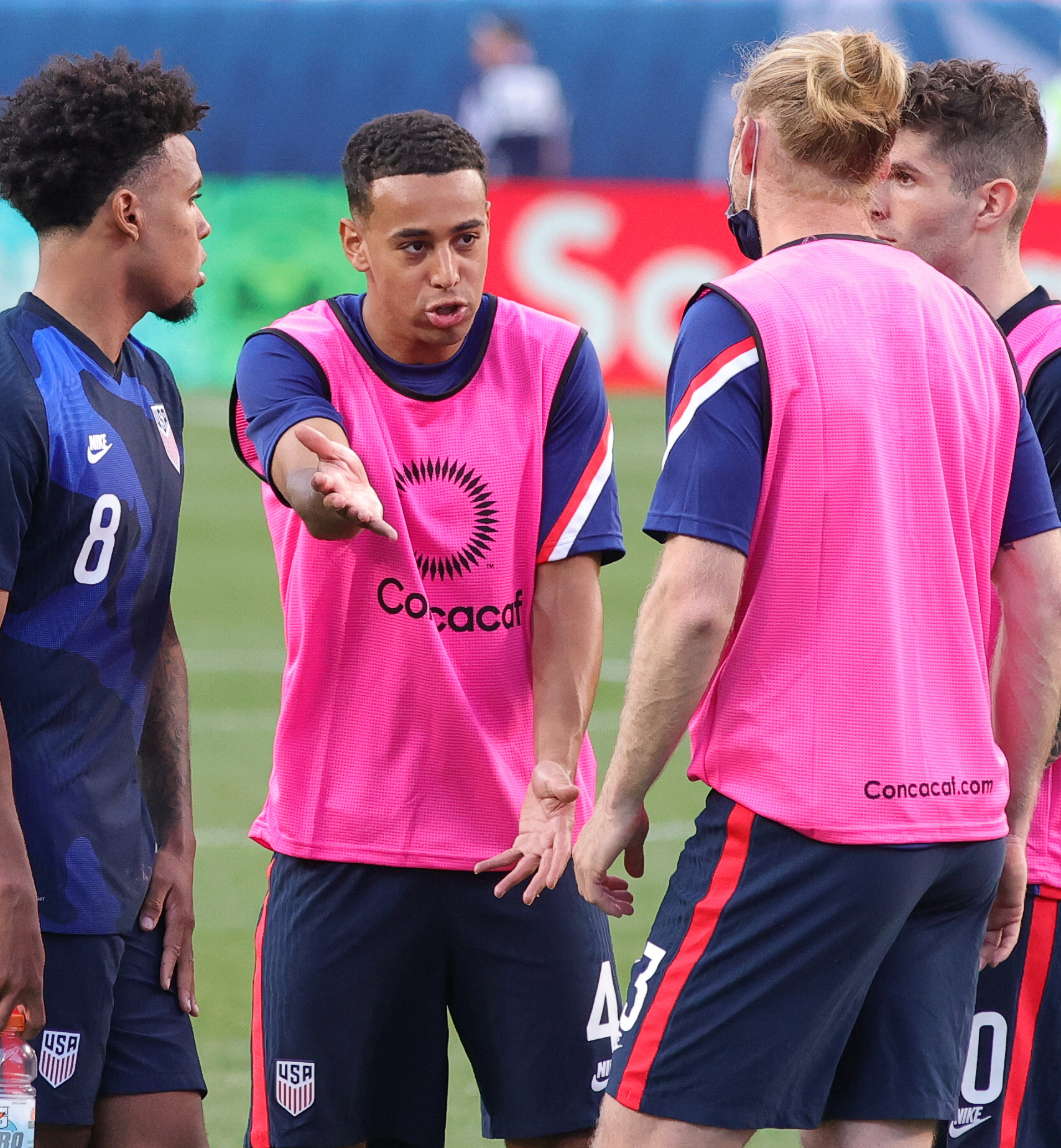 The U.S. men’s national team begins its quest for involvement in the 2022 FIFA World Cup on Thursday with the start of Concacaf World Cup Qualifying and after failing to qualify for the 2018 edition, the goal is very simple for the current group of players.

"I think our mentality is to go in and win all the games that we can," USMNT midfielder Weston McKennie said Tuesday in a conference call. "Our goals are to prove also that we're that we're the best in CONCACAF and I think the only way to do that is to dominate it. And to dominate, you got to win your games and that's what we're here to do."

McKennie is one of many exciting young players in Gregg Berhalter’s squad looking to lead the way through a grueling qualifying schedule.

Alongside fellow stars Christian Pulisic, Tyler Adams and John Brooks, the USMNT will be favored to grab one of the three automatic spots into Qatar 2022.

Both McKennie and Adams weren’t a part of the last qualifying cycle for the Americans, which ultimately ended in disappointment following a 2-1 loss to Trinidad & Tobago in Couva.

Now the midfielders are two key players in the current pool who are looking to lead by example, starting with Thursday’s opening trip to El Salvador.

"There's no Plan B for us, there's only been a Plan A and that's obviously to qualify for the World Cup," Adams said. "When I think about the experiences that we've had now, in the past two years, I would say as a group and how much we've developed, it's ultimately for this moment right here. We've waited a long time for this and the expectations are high going into this week.

"We've talked about it as a group, in the last cycle, they didn't win one game away from home," Adams said. “Going into this window, right off the bat, we have two opportunities to win two games away and that puts us obviously in a good position."

While the USMNT’s European-based contingent is raising the most eyebrows, many MLS-based talents will also look to play contributing roles on the roster. Defenders Miles Robinson and James Sands both helped the USMNT win this summer’s Gold Cup while goalkeeper Matt Turner lifted the Golden Glove, after conceding only one goal in six matches.

Many of the European stars featured in the Concacaf Nations League triumph over Mexico, another feather in the hat for Americans’ bragging rights against their Concacaf rivals.

Adams and McKennie will be two of the players who look to dictate the tempo during September’s trio of qualifiers, but the RB Leipzig man admits it will take a full group effort to achieve a perfect 3-0 record this month.

"I think that the one thing that's amazing about this team, and obviously we showed it this summer -- not to harp on the fact that we obviously won two tournaments -- but what that showed us was that we do have amazing team depth in the squad," Adams said. "And there's even players that might even deserve to be here that weren't even called in at the moment.

"So we're very fortunate to be in that position to be fair, because that doesn't force us to have to play all three games and that we can rely on that next man up mentality."

The USMNT travels to San Salvador on Thursday before hosting Canada on September 5 and visiting Honduras four days later.