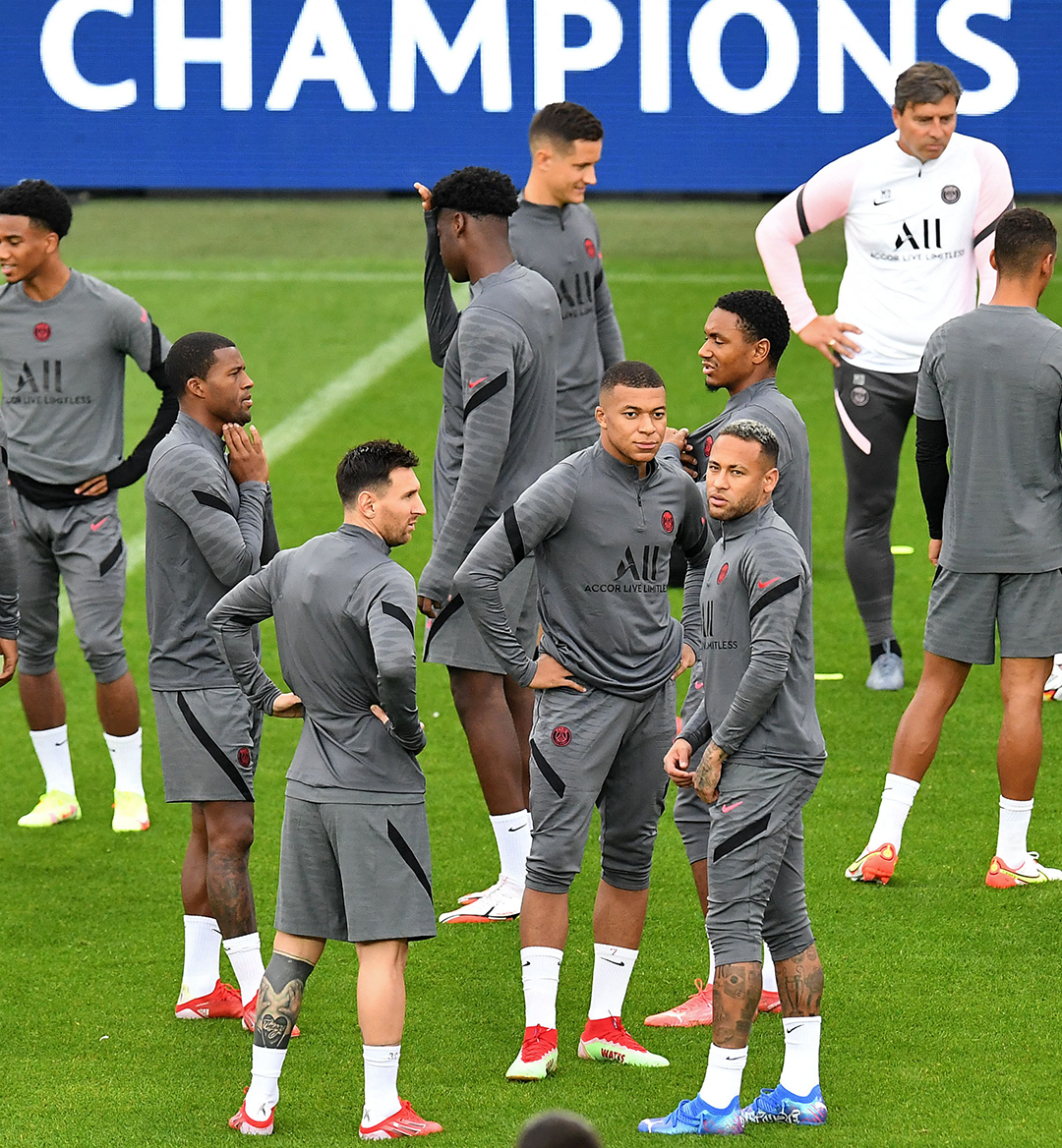 The biggest club competition in Europe returns on Tuesday after a summer hiatus and there are some serious players looking to take home the trophy in 2021/22.

After Chelsea hoisted its second UCL title last season by beating Manchester City in the final, the Blues entered this year’s competition with significant expectations, along with the likes of City, Paris Saint-Germain and Bayern Munich.

Outside of Real Madrid’s run of three straight UCL titles from 2016 to 2018, no other clubs have repeated as champion since AC Milan in 1989 and 1990, meaning Chelsea's chances at repeating are very unlikely.

Here’s a look at five bold predictions for this season’s Champions League.

The pieces are in place for PSG after Messi and Co. added to the army of talent for the Ligue 1 side this summer. After falling short the past two seasons in dramatic fashion, the Parisians have lofty expectations given their squad’s talent, but it might not be enough.

With Kylian Mbappe’s anticipated departure next summer the pressure on the Frenchman will be immense. Messi isn’t getting any younger and Neymar has battled serious injuries throughout his career.

With a very deep UCL field, including four Premier League clubs, PSG’s path to the final could very challenging.

Red Bull Salzburg will reach the Round of 16

American Brenden Aaronson will be one of the big focal points for Salzburg, but this team is loaded with young talent.

Salzburg has had its viewership increase during recent seasons after Erling Haaland’s rise at the club and now Aaronson, Karim Adeyemi and others will lead the Austrian side to the final 16.

The Dutch side will have the big challenge of facing Dortmund and Sporting Lisbon in the group stage but Ajax is battle tested in the Champions League.

Even with the club losing players from previous seasons, Ajax always finds its way into the conversation.

It’s been a few seasons since their magical run to the semifinals, but this current team has a lot of promising players that will surely be on the radars of bigger clubs in the near future.

The Norway striker is getting into wild territory as he continues to score goals at an alarming rate for Borussia Dortmund.

Haaland and Dortmund won’t be competing in an easy group, meaning the German side’s back line will be in for a tough time and they’ll need their star to come up big in the final third.

After scoring 10 goals a season ago in the Champions League, Haaland will tack on at least an additional two to his impressive total this season.

After 13 seasons without a UCL title, the Red Devils are in a tremendous position to recapture Europe.

With Ronaldo, Jadon Sancho and Raphael Varane in place, Man United has the chance to not only assert its dominance in the Champions League but also England.

The challenge of competing in the Premier League will only make United better and having another veteran presence at the back in Varane will strengthen United's back line.