Unpacking the Ben Simmons News: It Isn't His Fault 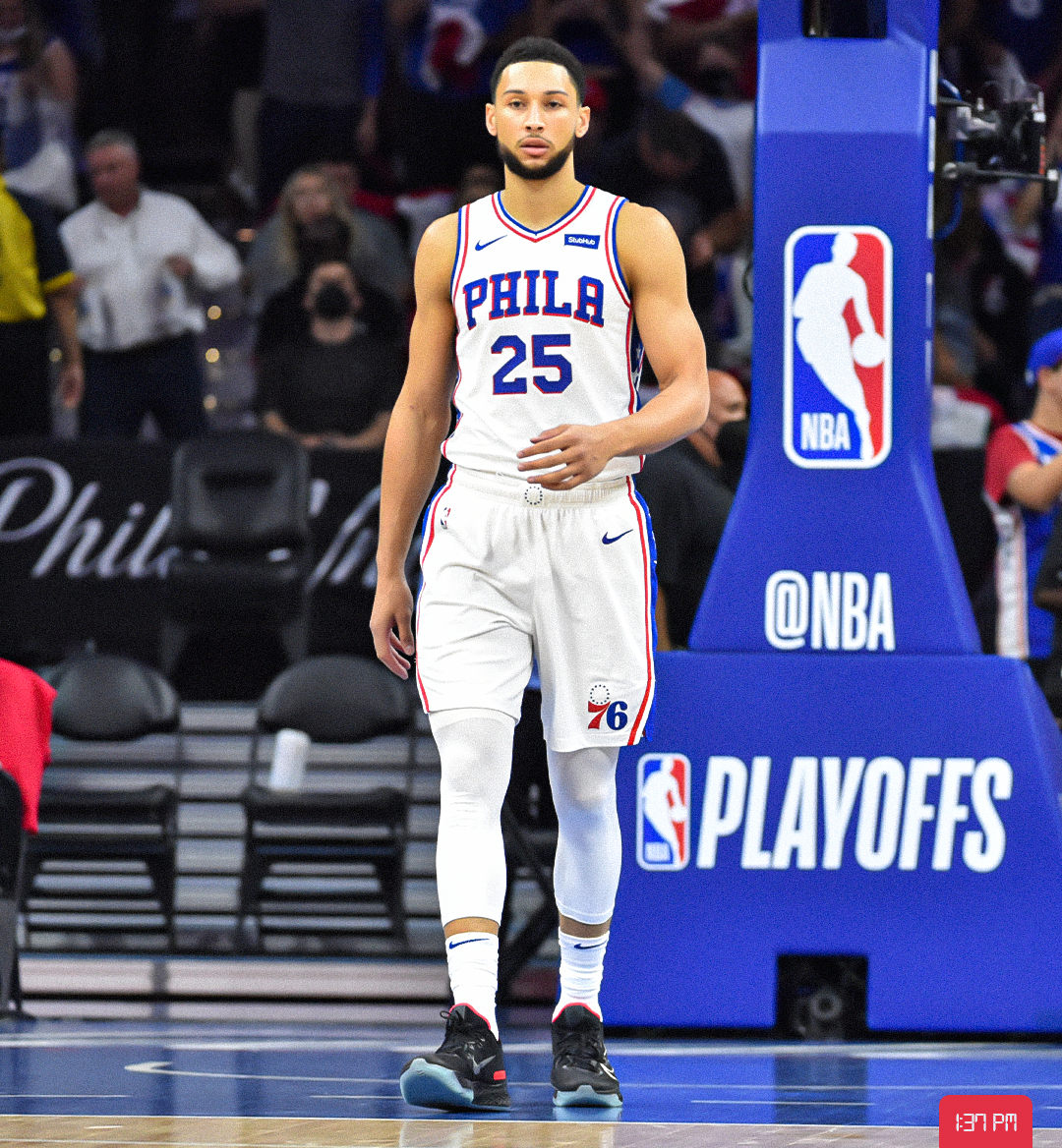 Ben Simmons, the NBA’s enfant terrible, has been suspended by the Philadelphia 76ers for the season opener for “conduct detrimental to the team." Since returning from his extended hold-out last week, Simmons has been noticeably apathetic in practice. A quick recap of this week's Ben Simmons news: yesterday, he loafed through a drill with his phone in his pocket, proof that, ironically, he isn't exactly dialed in for this season; today he was dismissed from practice after refusing to participate in a defensive drill.

Ben Simmons practicing in sweatpants with his phone in his pocket. pic.twitter.com/MEdQLxudcK

“At the end of the day,” Joel Embiid said to reporters after practice, “our job is not to babysit somebody.”

"At this point I don't care about that man." 🤯🤯🤯 pic.twitter.com/telIeAGsyi

I wonder who he’s talking about.

This outcome—Ben Simmons openly not giving a shit and everybody getting super mad at him—is unsurprising; Simmons has warned the Sixers that he would be insolent and difficult if they don’t trade him and now he’s being insolent and difficult. It’s understandable to criticize Simmons for demanding a trade in such a disruptive way, but Simmons and his agent Rich Paul are hardly breaking precedent by doing so; Simmons isn't the first superstar to request a trade and he won't be the last. Last winter, James Harden skipped training camp to go to strip clubs with Lil Baby and loafed through regular season games; in 2018, Jimmy Butler bullied his way out of Minnesota.

In this sense, the ongoing disaster in Philly is simply a result of the Sixers’ refusal to trade Simmons, let alone engage in good faith negotiations with other teams. The only impediment to ending the stand-off is the ego of Darryl Morey, the Sixers’ general manager. Nobody wants Simmons to continue to be a Sixer—and yet he is and he will be for the foreseeable future because Morey can’t stomach the idea that he might trade away a player with a higher EPM than the ones he gets in return.

The strangest thing about the ordeal is that there's no reason this should've become so toxic in the first place. When Simmons is on the floor, the Sixers are obviously better than when he's not. Even if the fit seems aesthetically clunky at times, Embiid and Simmons are one of the best duos in the NBA; in their 1,479 minutes together last season, they posted a net rating of +16.44 points per 100 possessions, per PBP Stats. As such, the main motivating force behind Simmons' trade demand is the Sixers' utter self-sabotage. Somehow, the team has alienated Simmons so thoroughly that years of toiling in Sacramento or Minneapolis suddenly seem more appealing than contending for a championship.

The whole thing is such a nonsensical clown show that it’s almost stopped being funny.