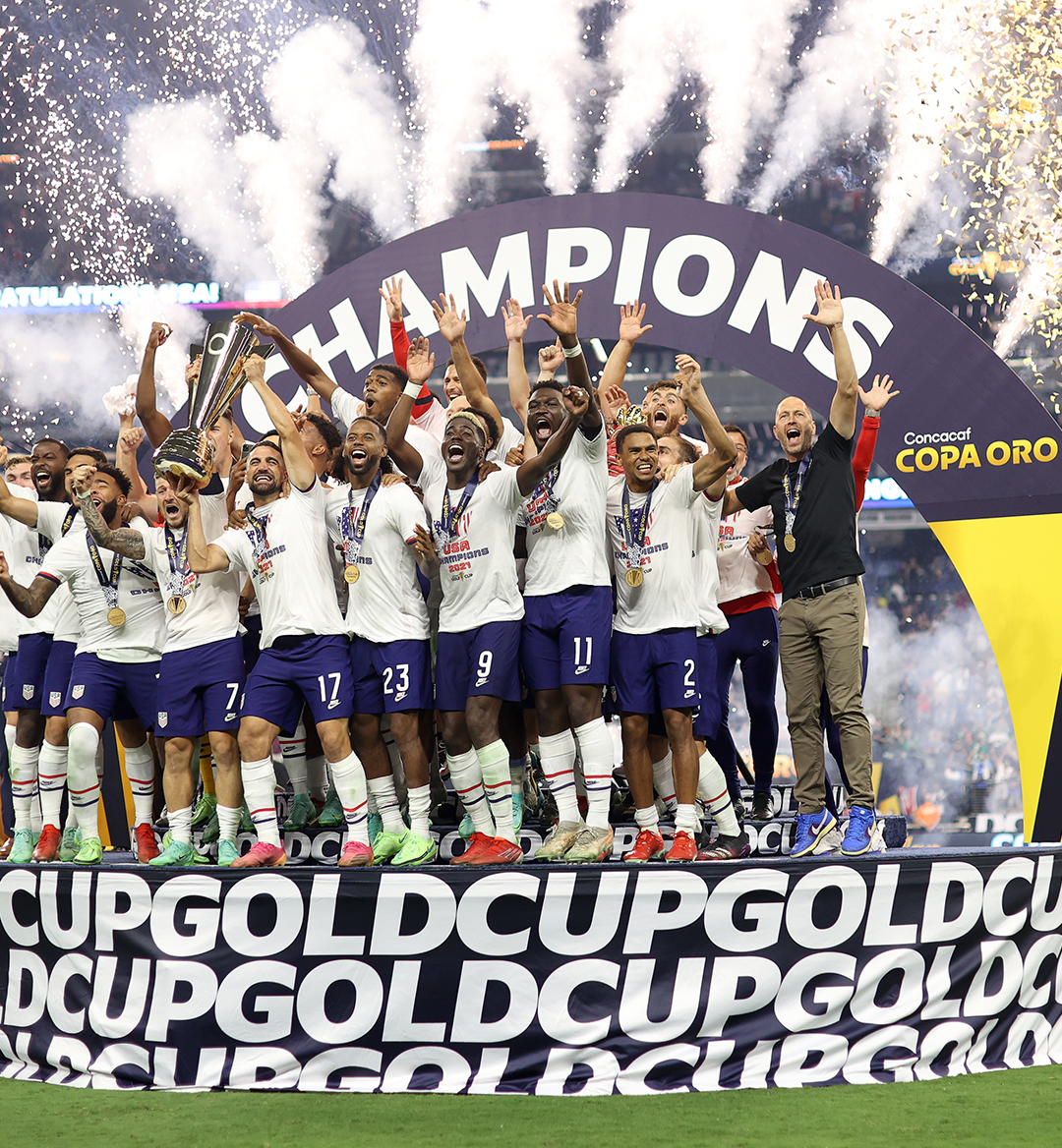 Winning the Concacaf Gold Cup wasn’t everything for the U.S. Men’s National Team entering the tournament this month, but securing a victory on Sunday night over rival Mexico proved that the Americans are the class of the region going into World Cup qualifying in September.

Gregg Berhalter received mixed reviews ahead of Gold Cup when opting to rest a lot of USMNT regulars, but the decision was justified given the amount of miles players like Christian Pulisic and Weston McKennie had played during 2020/21.

Instead of seeing an ‘A’ team of sorts for the Americans competing against El Tri in Sunday’s final, the USMNT was comprised of a mix of young MLS players and various European-based talents with little international exposure.

In typical USA-Mexico fashion, the Gold Cup came down to one critical moment when Miles Robinson headed home Kellyn Acosta’s free kick in the second half of extra time to seal the USMNT win.

Goalkeeper Matt Turner was a star throughout the match and the tournament, earning the Top Goalkeeper award for the competition. Meanwhile, Berhalter’s confidence in his squad was a recurring theme throughout the Gold Cup, sticking with his lineup even when things didn’t go according to plan.

A prime example of this came in the final when Paul Arriola missed two of the game’s biggest chances for the Americans.

Instead of immediately making a switch to inject some attacking prowess into the squad, Berhalter stuck with Arriola because of his nonstop movement and defensive tenacity, which proved massive in keeping Mexico off the scoresheet.

Similar to how the Americans addressed their Nations League final win over El Tri, the USMNT simply didn’t get discouraged when Mexico held the ball for long portions of the game.

Instead, it was the Mexican players that appeared frustrated by the lack of clear-cut opportunities, and now Tata Martino and Co. will be on the hot seat heading into World Cup qualifying.

The narrative is beginning to indicate that the USMNT’s recent success suggests that the Americans are close to surpassing Mexico in the Concacaf pecking order, and a continued track record of this during qualifying would go a long way towards fulfilling that prophecy,

The biggest win of all for the U.S. during the Gold Cup was giving Berhalter and the team reassurance that the Americans have the kind of depth necessary to make a run at a major tournament.

With World Cup 2022 almost a year away, the next six to nine months will be crucial for the USMNT in choosing the final roster that will travel to Qatar.

In all honesty, it's a good problem for Berhalter to have compared to recent World Cup cycles where there's been a significant drop off in talent after the starting XI.

Players like James Sands, Shaq Moore, Matt Turner and Kellyn Acosta firmly established themselves as serious players in the USMNT moving forward, and that will give the Americans further ammunition heading into 2022.