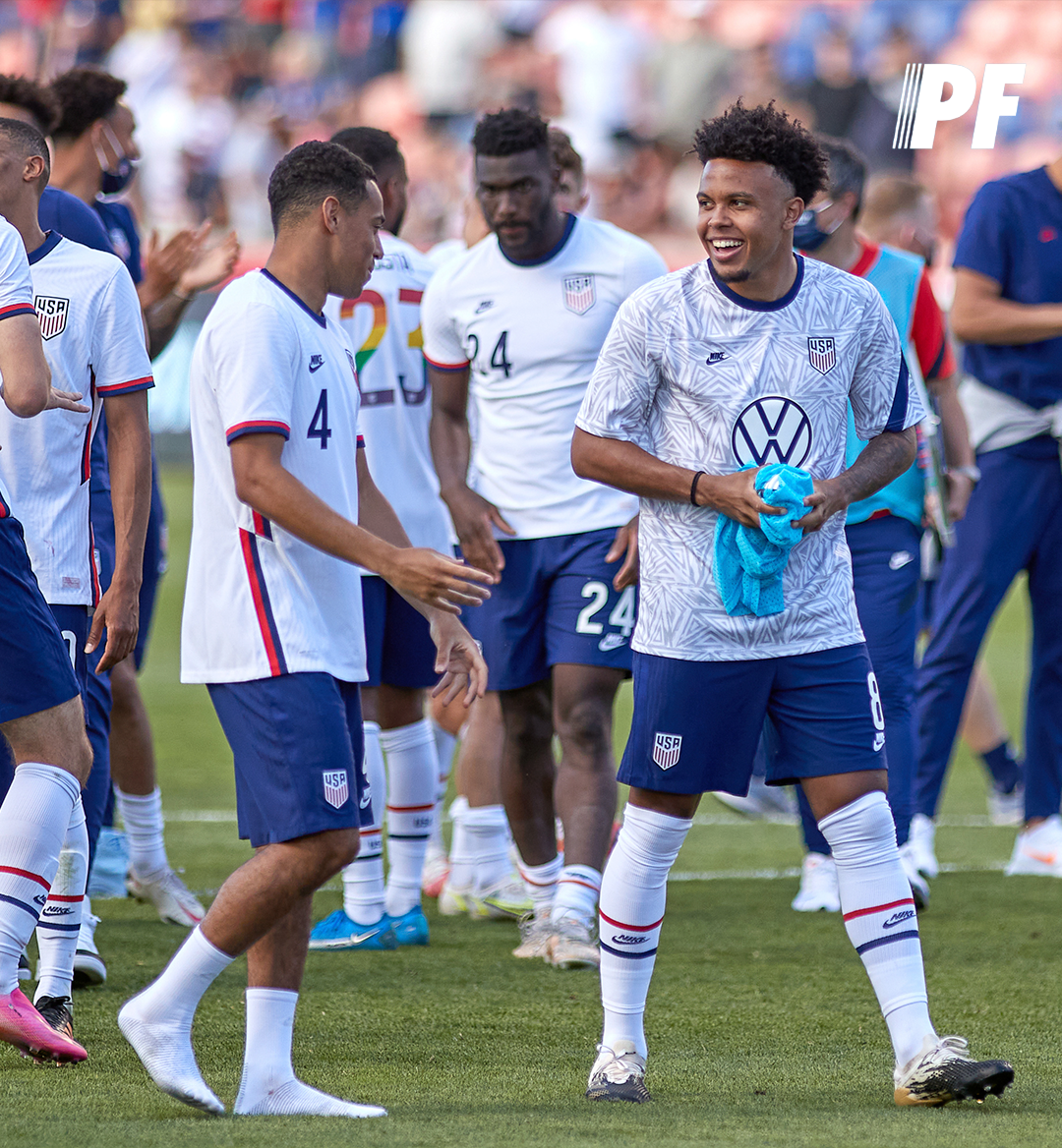 The U.S. men's national team earned a mixed set of results in its opening month of Concacaf World Cup Qualifiers in September and now has its sights set on a perfect record in October with a trio of matches right around the corner.

Gregg Berhalter's squad begins a three-match slate on October 7 in Austin, Texas against Jamaica before future dates with Panama and Costa Rica over the next week.

The Americans ended September's slate with an important 4-1 win over Honduras away from home, a positive closure to what many believe was a disappointing start to World Cup Qualifying.

Several familiar faces returned to action for the USMNT including Christian Pulisic, Tyler Adams, and Brenden Aaronson, while Weston McKennie, Gio Reyna, and Timothy Weah all missed time due to separate reasons.

Berhalter will once again have many roster decisions to make in October, especially with England's red-list agenda opening up issues for a handful of eligible players ahead of the October 10 trip to Panama.

In addition, several players still have two weeks of competitive matches to play, which could cause fitness and/or injury problems unless everyone remains fully healthy.

Here's a closer look at who Berhalter should call in for October's WCQ schedule:

The No.1 job for the USMNT remains open, even with Zack Steffen back playing for Manchester City. Steffen only recently returned to action for Pep Guardiola's side, making three saves in a 6-1 fourth round Carabao Cup romp over Wycombe Wanderers.

Matt Turner did well during the September slate and should be the starter based on the fact he is playing regularly for the best team in MLS. Ethan Horvath hasn't played much for EFL Championship side Nottingham Forest, but is still the No. 3 option for Berhalter going forward.

John Brooks did not impress during the September window, but remains a top option to start for the USMNT in October. His physical attributes and veteran experience is a needed boost for the squad during another tough schedule.

Miles Robinson's stellar year for Atlanta United paired with a strong run at the Concacaf Gold Cup should see him partner Brooks in the backline, as the MLS product did plenty during September's window to boost his stock.

Mark McKenzie and Walker Zimmerman are also options to see time during the three-match, seven-day window, while Chris Richards has started seeing regular time on loan at German club Hoffenheim.

Sergino Dest's injury in September forced Berhalter into some changes at full back, but with the Barcelona talent back fit, he should start at right back with Antonee Robinson on the opposite side.

Robinson did well in his first WCQ set of matches and has done nothing to harm his stock at Fulham, where he remains a regular at left back for the second-tier club. Reggie Cannon's absence at Boavista hasn't helped him get back into the USMNT fold, while George Bello and DeAndre Yedlin should see time at some point next month.

Weston McKennie's exclusion from the final two matches in September certainly hurt the USMNT, but the Juventus man should be focused and ready to go for involvement in October. McKennie's aggressive style of play paired with his drive is needed for matches against Jamaica, Panama, and Costa Rica, and I don't see why Berhalter wouldn't be ready to recall him in October.

Tyler Adams is another key figure for the USMNT and despite a tough run with RB Leipzig, remains a top option on the international level. Adams should be starting with McKennie for the opening match in October while Sebastian Lletget, Brenden Aaronson, and Kellyn Acosta will also fight for minutes. Aaronson is coming off a goalscoring performance in Austria against Rapid Vienna and could see a role higher up in the attack if necessary.

Yunus Musah is back playing with La Liga club Valencia which is a great sign for the USMNT. If Musah stays healthy, he should be in this squad as he brings a great work ethic to the table. Gianluca Busio is also garnering starting minutes for Venezia despite the club's early struggles in Serie A, but the former Sporting KC product is one of the bright spots so far. Cristian Roldan is a veteran presence that remains high on Berhalter's radar, and he's done nothing to hurt his spot for the October roster.

The main offensive weapon for the USMNT remains Christian Pulisic, but even he will need help if the Americans want to claim three-consecutive victories.

Pulisic is recovering from an ankle injury suffered in the Matchday 3 win over Honduras and at the earliest will be available for Chelsea this weekend against Manchester City. That gives Pulisic three opportunities to gain fitness before returning to involvement with the USMNT, albeit due to England's red-list regulations, he may not feature at Panama, alongside several other teammates.

Gio Reyna is also recovering from his own injury, but should be back available to play in some capacity in October. Paul Arriola is back and fit for D.C. United and will give Berhalter more experienced wing options to team up with Pulisic in the trio of matches.

While some USMNT fans don't think highly of Arriola, the 26-year-old does bring an expectedness to the field, which could pose benefits for the team.

Konrad De La Fuente gets the nod over Tim Weah for me, solely because he has looked more dangerous in the final third this Ligue 1 season. De La Fuente brings trickery and pace to the squad, while Weah is getting back to full fitness after missing the September window through injury.

Josh Sargent only has two goals through six appearances at Norwich City, but remains one of the USMNT's top striking options. Sargent's ability to run in behind defenders makes him a needed figure for the upcoming schedule, despite the fact that he could also miss the Panama match. Jordan Pefok's physicality and aerial ability makes him a necessary addition to the roster again while Gyasi Zardes is a veteran option Berhalter would've loved to have in September, if not for his injury.

Nicholas Gioacchini was a surprise exclusion from the September roster, but is now in Ligue 1 on loan with Montpellier. He is another player who is willing to try things in the final third, something the USMNT needed at points in September.

Ricardo Pepi made the most of his lone opportunity in September and should be back in October after continuing to excel for FC Dallas during the MLS regular season.