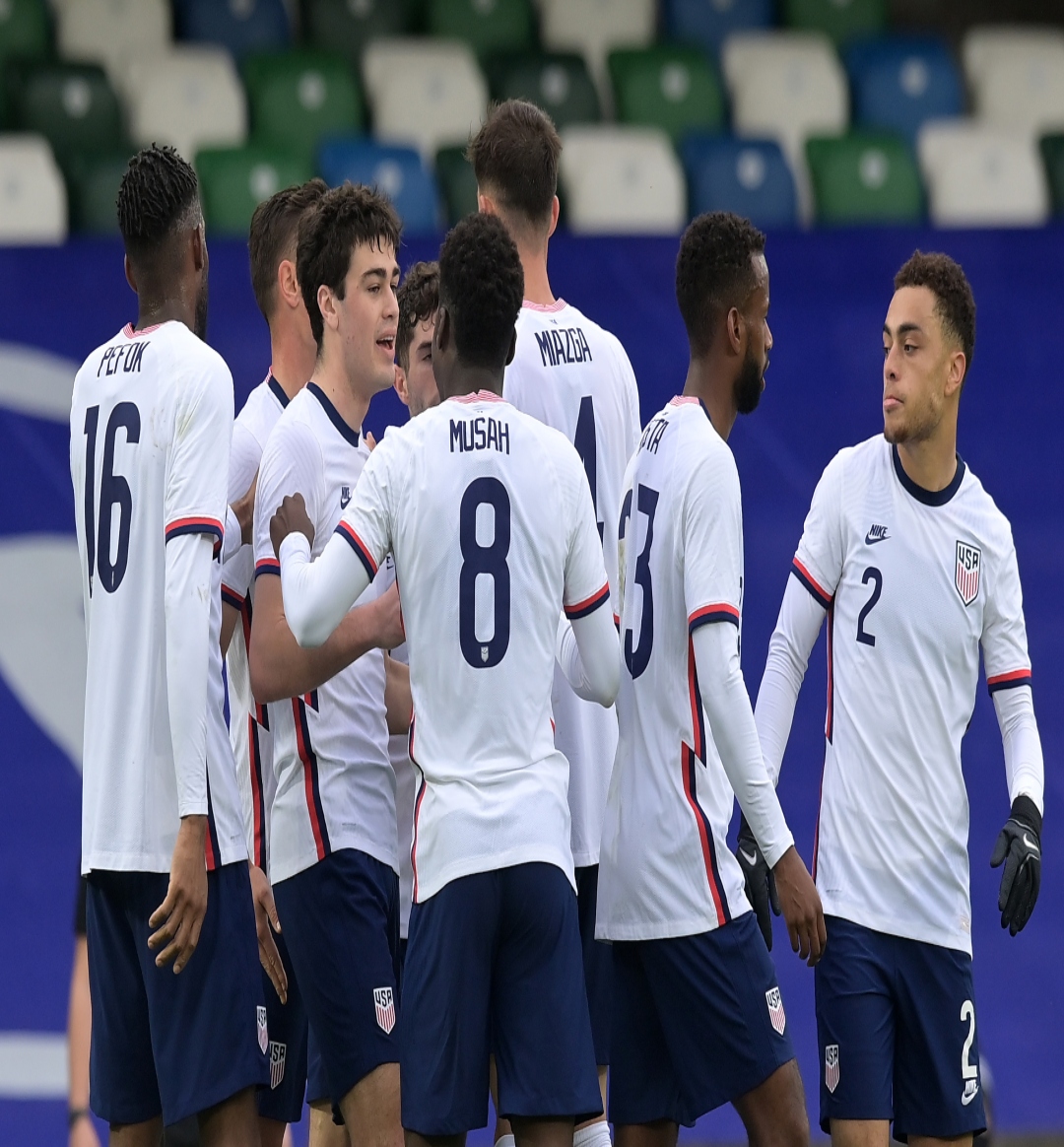 The wound is still fresh after the United States Under-23 Men’s National Team fell short against Honduras in their win-and-in Olympic qualifier on Sunday, but we’re not here to talk about that right now.

The future remains bright for the U.S. and its core of young men aiming to get on a plane to Qatar next November for the 2022 World Cup. On paper, this may be the most talented group of players the U.S. men’s side has ever seen and in many ways that makes it challenging to figure out who will be left off the trip halfway across the world in under two years’ time.

Manager Gregg Berhalter certainly has his work cut out for himself given the sheer number of top-quality players competing in some of Europe’s biggest leagues. Then, there’s a flock of guys stateside in Major League Soccer aiming to impress the boss at a time where the majority of the attention is on the stars across the Atlantic.

We’ll start off with a few honorable mentions because let’s face it there are too many strong players in this pool and it simply feels wrong to leave some of this names out of this article.

Blessed with versatility, pace and underrated on-ball defending, nine times out of 10 it’s almost impossible to get a glimpse of this player during an NYCFC match. But that’s a good thing. His defensive positioning is sublime for a 20-year-old and the fact that the club has moved him back and forth between center midfielder and center back proves how valuable he will be once a European side scoops him up in the near future.

He was the original man at Barcelona before Sergiño Dest arrived in town and stole the show. Despite bouncing between the senior side and Barca B, de la Fuente’s talent is inevitable. His on-ball skills have the flare of a Blaugrana player and once the team figures out where he can be best utilized on the pitch it’s game over. Expect to see this young man playing more regular minutes at the Camp Nou very soon.

It’s difficult to project how many strikers would get on the plane for Qatar, but Gioacchini is firmly in the race to make the squad given his quick ascent with the national team. In his first-ever national team appearance against Panama, what did he do? Just went out and tallied a first-half brace. The USMNT’s depth at striker may be the most fascinating position group to watch ahead of 2022.

Without further ado, let’s take a look at my top 10 American players under 23 years old.

Living up to the career of his father, Claudio, won't be easy, however, Gio Reyna is off to a heck of a start. The Dortmund attacker is one of the youngest in the USMNT pool and is in line to be a cog with Christian Pulisic in the final third for the next decade-plus. Playing with Erling Haaland and Jadon Sancho certainly won't hurt his development.

Has anyone in American soccer undergone a faster rise than Dike? It’s easy to argue that this guy already has a claim at being the starting striker moving forward for the USMNT. During a pandemic-riddled MLS season, Dike became an instant star in Orlando. He’s also got an incredible soccer pedigree, with his cousin Emmanuel Emenike previously starring for the Nigeria national team.

Speaking of pedigree, George Weah’s son has certainly made a name for himself during his young career in Europe. After earning limited minutes at Paris Saint-Germain, Weah has found himself a nice home with Lille where he’s been able to play in one of the most fast-paced teams in Europe. Weah doesn’t have a permanent position just yet, but it’s very likely we could see him playing out on the right wing ahead of Dest moving forward.

The Americans have had a lot of wins with young dual-nationals committing to the U.S., but Musah feels like such a huge one after recently selecting the Yanks over England, Ghana and Italy. Since Musah first stepped on the pitch for the USMNT against Wales last year, it felt like he was the perfect player to solidify an incredible midfield led by Weston McKennie and Tyler Adams.

First thing that comes to mind about Sargent? Most-famous American redhead player since Alexi Lalas. The part they have in common? Their knack for scoring goals. Similar to McKennie’s run at Schalke, it feels as though Sargent will need a change of club in the near future because he’s outgrowing the talent around him. Sargent currently leads the team in goals with five in all competitions and certainly has the potential to excel at a stronger Bundesliga side.

The difference between a good player becoming a great player often comes down to development at a young age, and Aaronson was able to take his game to another level before joining Austrian side RB Salzburg. The former Philadelphia Union midfielder possesses everything you want in an attacking midfielder. His ball skills are among the best of the USMNT player pool and his vision to pick out his teammates is going to help this national team grow immensely.

Watching Adams’ development with the New York Red Bulls was an absolute treat. The MLS club threw him into so many uncomfortable situations during his time in New Jersey, playing almost every position outside of goalkeeper and striker. His engine never stops and if you’re looking for a clone of N’Golo Kante this is it. Let me sit in front of the American back line for the next decade and tell opposing teams good luck trying to get past him.

Critics said McKennie’s move to Juventus was a PR stunt. It couldn’t possibly have been because of his actual soccer acumen, could it? He shut those naysayers down almost immediately with his side volley against Barcelona during the UEFA Champions League group stage. The midfielder’s energy is endless and his ability to get forward is something the U.S. will ride to success going forward.

The biggest question of people’s minds is whether or not Pulisic will stick it out at Chelsea past this season. May he will or may he leaves. Regardless, he’s the most creative player the U.S. has in its attack. He may not be at Landon Donovan’s level of finishing just yet, but his ability to slalom through defenses and pick out his teammates is uncanny. The consistent goals will come with regular playing time. You can bank on that.

This player speaks for himself. Barcelona received heavy skepticism from many people when they brought in Dest this past summer, and the right back has done nothing but excelled at one of the biggest clubs in the world during a season where the Blaugrana have had their share of struggles. When Berhalter deployed Dest at left back in the U.S.’ recent friendly against Jamaica, he wandered forward, cut in on his preferred right foot and scored this unbelievable goal from distance. He’s the complete package and the best overall defender the Americans have at the moment.