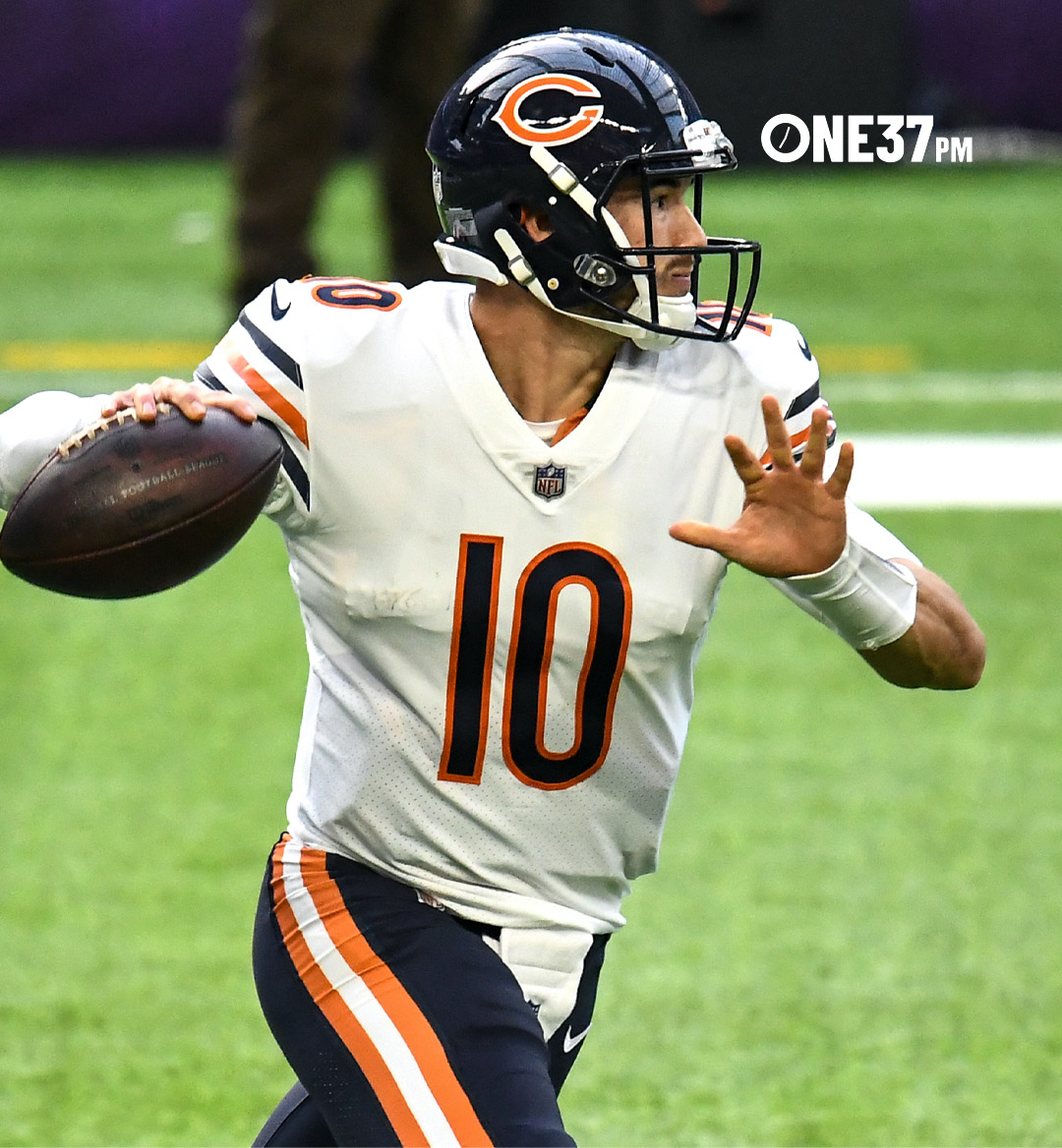 *Sniffle* They grow up so fast. *Sniffle* Yes, it’s true, we’ve reached the end of what has been a fantastic ride this year. Week 16 marks the final edition of the UPNXT article for the current NFL season. With most fantasy football leagues holding their championship games this week, this seems like a good time to put a bow on the UPNXT NFL series for now.

Hopefully, if you’ve been following along this season, you’ve found some added success in the hobbies of fantasy football, DFS, and trading cards. We’ve been able to unearth some gems in the NFL through this article, surpassing even my own expectations in the process. It’s been a lot of fun discovering the next wave of potential superstars in the NFL with you.

However, I couldn’t have done it alone, so one last special thank you goes out to Jason Koeppel for all the sharp trading card advice this year. Also, without Tyler Schmitt, none of this would be possible. My sincere gratitude goes to him and the ONE37pm team for giving an IT-professional-turned-content-creator a chance to write about two of my favorite subjects in football and fantasy sports. My hope is that we can continue to bring you more amazing content in 2021! Stay tuned…

So, let’s do this one last time, shall we? As our final gift to you, we’re giving you a 3-pack of players to unwrap who might give you an edge in your fantasy football championship games and in the trading card market. Here’s who is UPNXT for week 16! Happy Holidays! 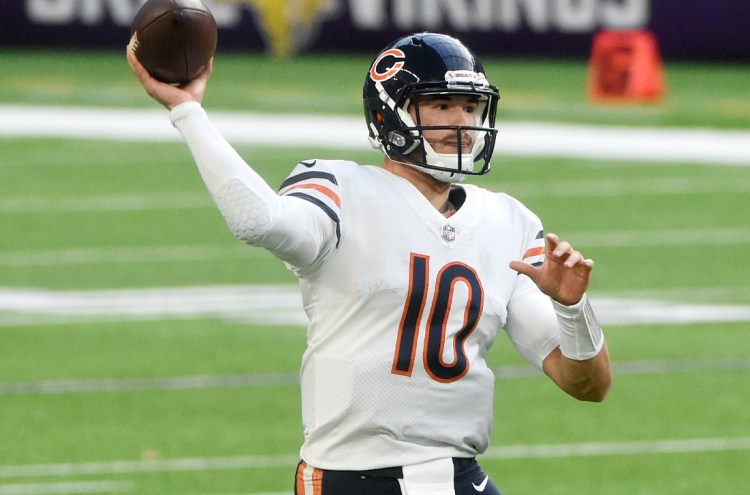 What a wild year it’s been for Mitch Trubisky. His struggles as a pro have been well documented, so there’s no need to rehash that. Instead, let’s focus on his recent performances to see if he makes our naughty or nice list. In his last four games since taking back the starting quarterback job, Trubisky has been a much better player. He’s averaging over 244 passing yards, 2 TDs, and more than 18 rushing yards per game. Those averages put him at 18.37 fantasy points per game, not too shabby. If your usual starter at quarterback has been struggling or is in a tough matchup, I’d give Trubisky a real hard look this week.

Fantasy Ownership: Trubisky is held in just 21% of fantasy leagues, which means there’s a good chance you can pick him up if you’re in need of a change at QB. Sure, there’s some risk in playing a guy who previously lost his job this season, but I’m willing to roll him out with his most recent four-game sample as proof he might be a changed man. Plus, he gets one of the best matchups you could ask for this week…

DFS - DraftKings: $5,700 FanDuel: $7,200 The Chicago Bears travel down to Florida to take on the Jacksonville Jaguars, a team who has had its fair share of struggles this season. So, just how bad have they been? The Jags rank second in the league in points allowed to opposing quarterbacks, surrendering 22.3 points per game. On top of that, this game has an implied total of 47.5 points, with the Bears as -7.5 road favorites, which should set Trubisky up for a strong statistical day. The only concern we have is he attempted just 21 passes last week, down from his 30+ attempts in previous weeks. We like the fact that he provides some rushing upside as well, a bonus to what should be a robust fantasy performance. We think he makes for a fine cash game and tournament play on DK, as he’s priced under $6,000 this week.

Card Market Rating: Make some noise if you have any confidence whatsoever in Trubisky to turn his career around.... I'll wait.

That's what I thought. If Santa brings you Mitch Trubisky cards for Christmas this year, you must have been on the naughty list. 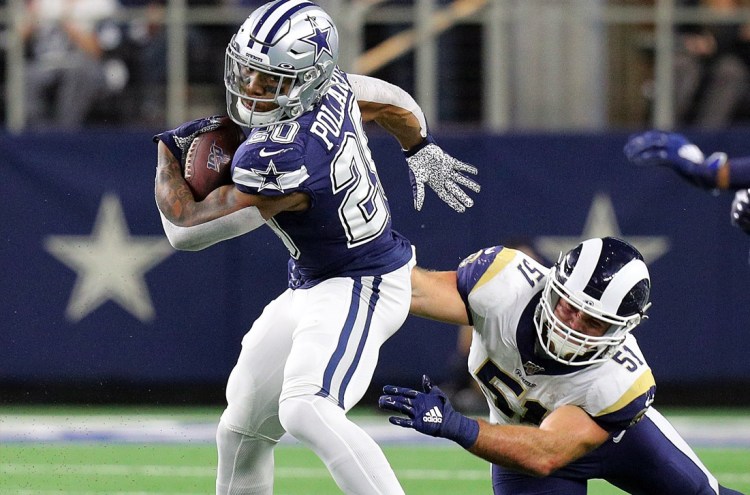 Once running back Ezekiel Elliott was ruled out for week 15, people should’ve jumped all over backup Tony Pollard in daily fantasy. Pollard ran wild on the San Francisco 49ers, piling up 69 yards rushing, 63 yards receiving, and two rushing touchdowns. We didn’t expect him to do so well against a beat-up but tough 49ers defense. We’ve seen flashes of greatness from Pollard when he’s been called into a lead back role before, so we shouldn’t be surprised by his final tally. If Zeke misses or is limited in any way this week, then Pollard should be a strong candidate as the top waiver wire add if he’s still around in your league’s free-agent pool.

Fantasy Ownership: Let’s be real. The fact that Tony Pollard is on less than half of fantasy rosters is a bit mind-boggling. That’s right. He’s only on 47% of rosters in ESPN and Yahoo leagues, which is just way too low in our opinion. You’ve seen what he can do, so if you can pick him up, do so now. We do have to consider his matchup, which may hinder his upside in week 16.

DFS - DraftKings: $6,500, FanDuel: $6,300 Dallas hosts division rival Philadelphia in an NFC East battle this week. Philly’s defense has been pretty good against the running back position, allowing just 17.4 fantasy points per game, good for 13th in the NFL. The implied total from Vegas is 49.5, with the Eagles as -2 road favorites. Of course, the biggest question here is whether incumbent Ezekiel Elliott will play or not, which is looking like a game-time decision as of this writing. If he sits, and Pollard gets close to 20 touches like he did last week, we don’t mind him as a borderline cash game and tournament play. Keep an eye on Zeke’s status as Sunday afternoon approaches.

Card Market Rating: I was going to make a funny joke about Pollard's lack of relevance on the card market, but I just looked on eBay, and somebody recently bought his 2019 Flawless Shield 1/1 for $750, and his 2019 1/1 Select Black Shield Prizm for $325, and I am floored. Zeke's backup! What is the upside on the value of an RB2 who has no realistic shot (barring injury) of becoming the RB1 anytime soon? He makes a very interesting fantasy fill-in, but I have absolutely no interest in buying his cards. 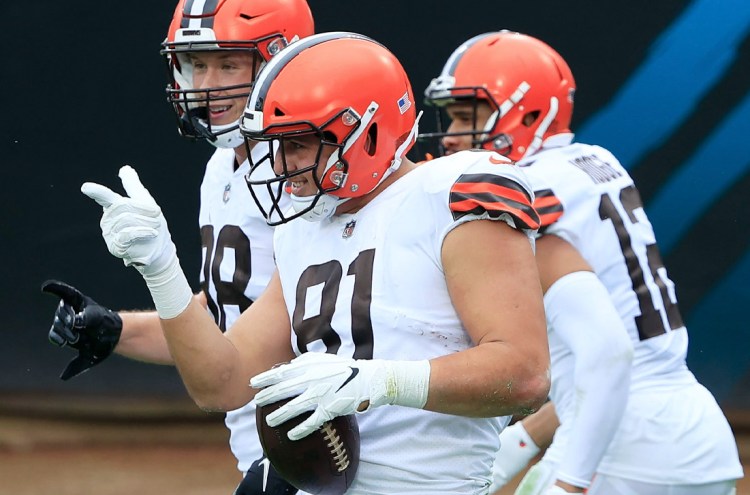 If you read last week’s article, you probably know that we are high on Baker Mayfield this week. How could you not like the Browns’ passing game against a Jets team who is coming off their first, and highly controversial, win of the season? Although we don’t write about tight ends much, this was one instance where we’re willing to make an exception. It was encouraging to see Austin Hooper targeted six times for the first time since week six, racking up 41 yards and a touchdown in the process. New York just happens to be the worst team in the league in allowing touchdowns and fantasy points to tight ends, making Hooper an extremely interesting streaming option in week 16. This is the type of guy you add to your team who could give you the edge in a close championship game.

Fantasy Ownership: Hooper’s ownership is hovering right around 50%, which is usually the cutoff point for guys we deem eligible to write about. In this case, we believe in him enough to veto that rule and make a case for adding him this week. It might be difficult, but if he’s still available in your league, you need to add him and start him if your tight end position is shaky.

DFS - DraftKings: $3,500, FanDuel: $5,100 As we hinted at above, this is as juicy of a matchup as you could ask for at tight end. The Jets allow 12.2 points per game to the position, making them one of only three teams in the league, giving up ten or more points to tight ends—that number balloons to 17.9 and 14.8 points based on DraftKings and FanDuel scoring, respectively. The implied total points for this game are 47, with Cleveland as -9.5 favorites on the road. There will be plenty of points scored by the Dawg Pound, and I like Hooper’s chances of finding the end zone for the third time in four games. He’s worth starting in all DFS formats, but especially on DK, where he’s just $3,500.

Card Market Rating: When I research how players like this are performing on the card market, I go to eBay and search the player's name. Then I filter the results by "Sold Items" and then "Price + Shipping: highest." 999 times out of 1000, the first page is all sports cards. For Austin Hooper, the top 2 items were an autographed jersey and an autographed orange pylon. You had to search long and hard to even find a card of his that has sold in the last 3 months. Not ideal.