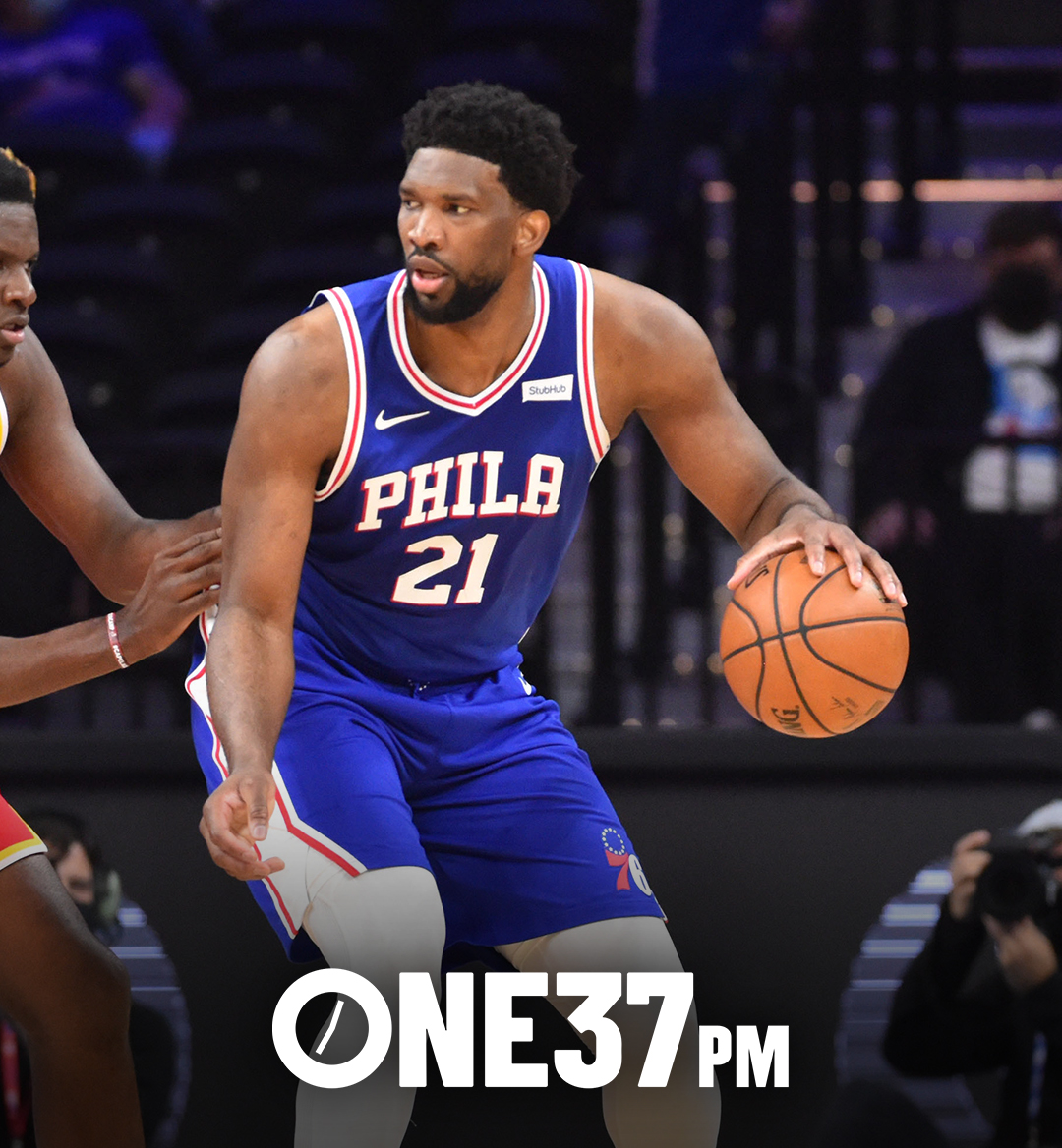 The time has come to focus on simply basketball for the Philadelphia 76ers. The off-seasons distractions and prima donna bullshit will take a back seat when the Sixers visit New Orleans for their season opener against the Pelicans tonight.

The Sixers went 2-2 during the pre-season, as Doc Rivers and company likely got a feel for where minutes will be allocated amid Ben Simmons' absence. More likely than not, we're going to see a variety of line-ups from the Sixers this season. Whether that'll mean starting Tyrese Maxey at point guard one night, Furkan Korkmaz (yes, Furkan Korkmaz) or Shake Milton at the one another night, or even Simmons, it's safe to say that we won't be seeing the same look night-in and night-out from this team.

Rather than discussing who should start, I think it makes more sense to go over the most important players on the 76ers, and what they need to improve on for the team to be where they want to be. 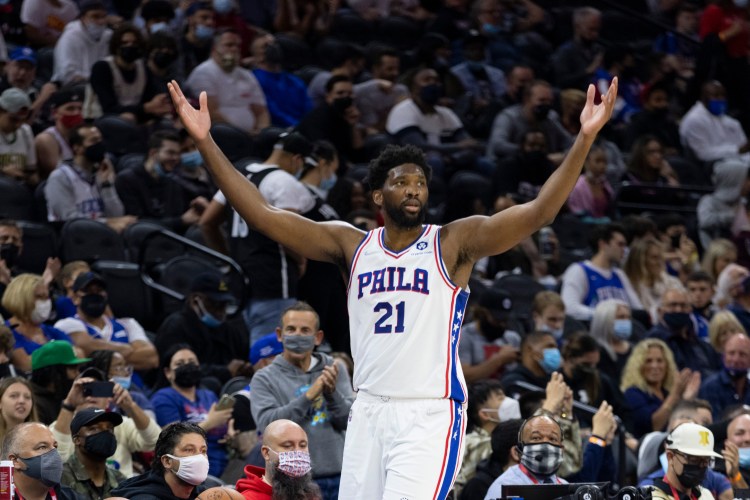 Embiid enters the 2020-2021 season in a prime position to author an encore to his MVP caliber campaign last year. The Sixers star big-man is coming off of his best season, posting career highs in points, shooting percentages across the board, as well as steals. With the best record in the East to show for it, the Sixers need to center the offense around Embiid and his dominant skill-set night in and night out. Expect the Sixers to call plays for Embiid on the low block and high post, while involving him in many pick-and-rolls and pick-and-pops as well, in what should be another MVP type season from the 27 year-old superstar.

As the best player, Embiid needs to become more of a vocal leader. When things were going poorly against the Atlanta Hawks in the playoffs, every Sixer seemed to have their head down. There was no one rallying the troops, or screaming in timeouts when necessary. You see that type of leader on all of the championship teams: Giannis, Steph, LeBron, etc. Embiid needs to emulate them for the Sixers to reach their potential.

Lot of trash takes but I agree Embiid has to be the LEADER of the Sixers. Tobias can’t be it. He can add to the leadership but it HAS to be Embiid. When has your #1 ever NOT been the leader? Did Scottie ever lead MJ? NO! (& obvi Jo ain’t Jordan) https://t.co/NhATov2FOJ 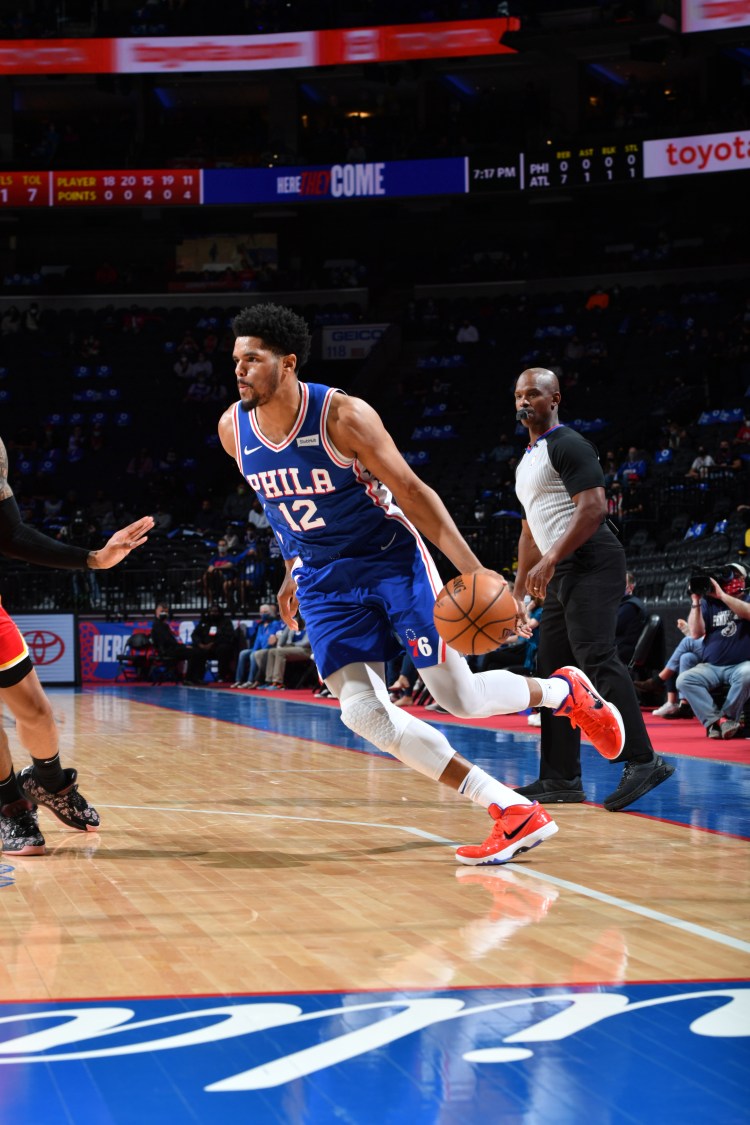 Tobias Harris is one of the most scrutinized players on the Sixers, with many people believing he hasn't lived up to the $180 million contract he signed in 2019. Amidst all that scrutiny, though, he actually posted the best season of his Philly tenure last year by significantly upping his true shooting percentage from 55.6 percent to 59.7 percent. Still, Harris has a tendency to shrink in the biggest moments, notable shooting horribly during Game 7 against the Atlanta Hawks, and disappearing entirely during their Game 5 defeat as well.

Now more than ever, the Sixers need Harris to score 20 points a game, and he's proven to be good for it. And while Harris has never had problems getting buckets, he has a hard time impacting games in other ways. As such, to fill the likely Ben Simmons-sized hole in the lineup, Harris needs to play with more energy and effort, particularly on the defensive end. 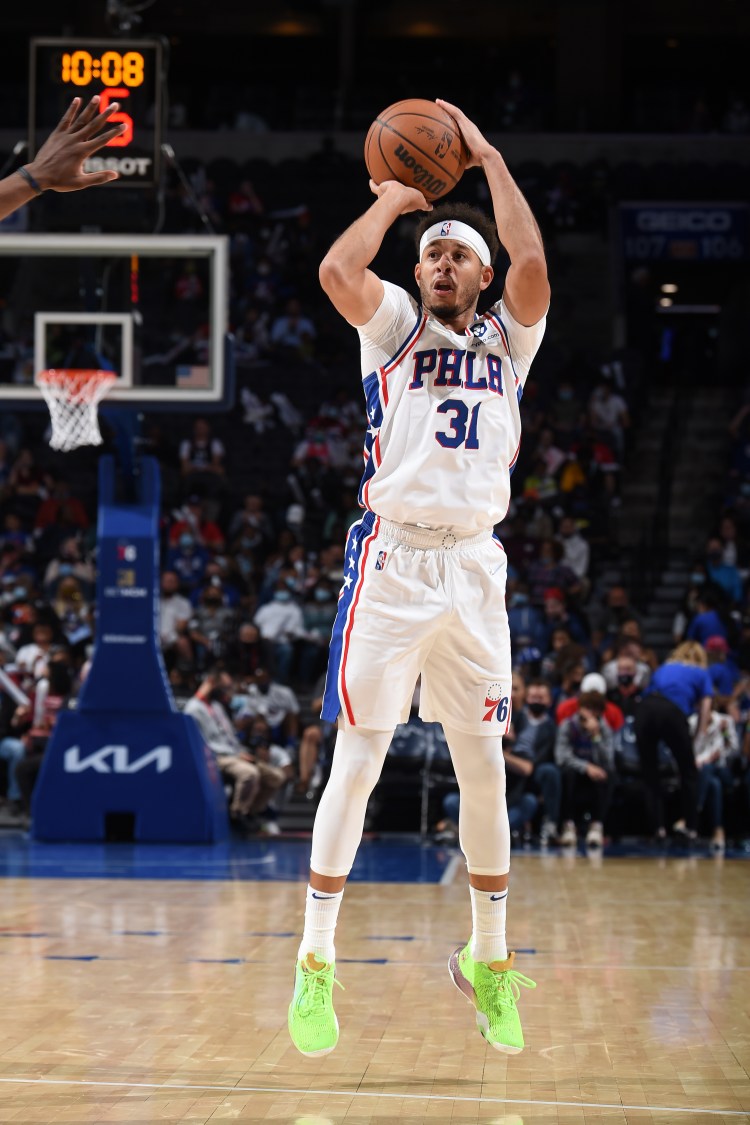 As a UNC fan, I was kind of irked by the Sixers signing a former Dookie Blue Devil before the 2020-2021 season; now, it's no secret that Philly needs the sharpshooting of Seth Curry in their offense. Last postseason, Curry shot like a man possessed, averaging 18.4 points per game while maintaining an incredible clip of 50% from three-point range. Since the Sixers have enough options to handle playmaking duties, Curry can continue to do what he does best: move without the ball and make shots. While he's adept at working his own mid-range game, he's best used when spacing the floor our playmakers and big men.

As a key contributor to their limited playoff success last season, Curry should assume more of a vocalized leadership role this year as well. As someone who stepped up when it mattered most last year, he's won the respect of those in the locker room and should take advantage of that for the sake of a team that doesn't really have a one at the moment.

Additionally, while Curry will never be an elite perimeter defender, there's no reason he should get torched by Kevin Huerter like he was in the playoffs. Since Curry is such an integral part of the Sixers' offense, he must do everything in his power to hold his own on defense, and make opposing players uncomfortable. 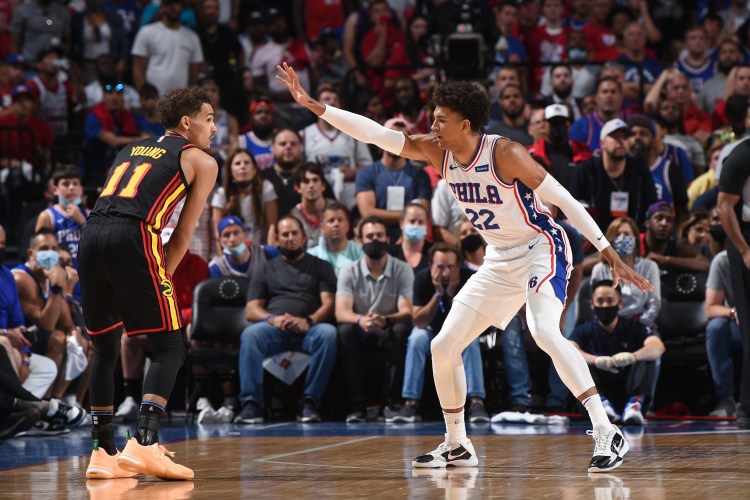 The stock of Matisse Thybulle is rising. Thybulle, a third-year swingman, made the All-NBA 2nd defensive team last season, and lead the Olympics in steals this past summer while playing a key role for Australia. His action during the pre-season was limited due to shoulder soreness, but he's expected to play a big role for the Sixers this season as a lockdown defender. Thybulle is long, athletic and has great instincts on that end of the floor, even if he can be reckless at times.

For Thybulle to take the next step in evolving into an elite defender in this league, he needs to find the right balance between discipline and aggressiveness; his instincts are what make him one of the most disruptive defenders in the NBA, but he needs to understand how to operate within the structure of the team while not get pulled out of position and into foul trouble. If he can maintain what makes him such a special talent while reining in his rashness, he will earn more minutes and could easily make First Team All-Defense.

Offensively, Thybulle regressed in his three-point percentage during his sophomore season, so becoming reliable from beyond the arc will also allow him to have more playing this season. 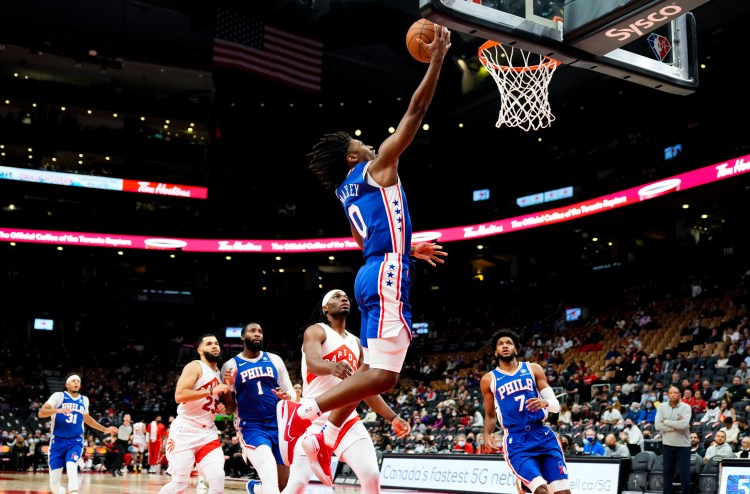 Many thought that Tyrese Maxey slid too far in the 2020 NBA Draft. After watching his rookie season, it's hard to disagree. Maxey, along with Thybulle, will vie to be the top option off the bench for the Sixers this year, thanks to his ability to score and penetrate the lane relatively well. Doc Rivers also trusted the 21 year-old guard out of Kentucky to play vital minutes during Philly's win in Game 6 of the Atlanta Hawks series. His energy and charisma have also made Maxey a fan favorite in the city of Brotherly Love.

Maxey will be asked to shoulder a larger load this season as he becomes more comfortable as a facilitator. In that case, he'll have improve at keeping ball-handlers in front of him on defense, while improving his consistency from three-point range as well.