What Is The Oldest Sport?

It was predictably in Greece that sports were first instituted formally 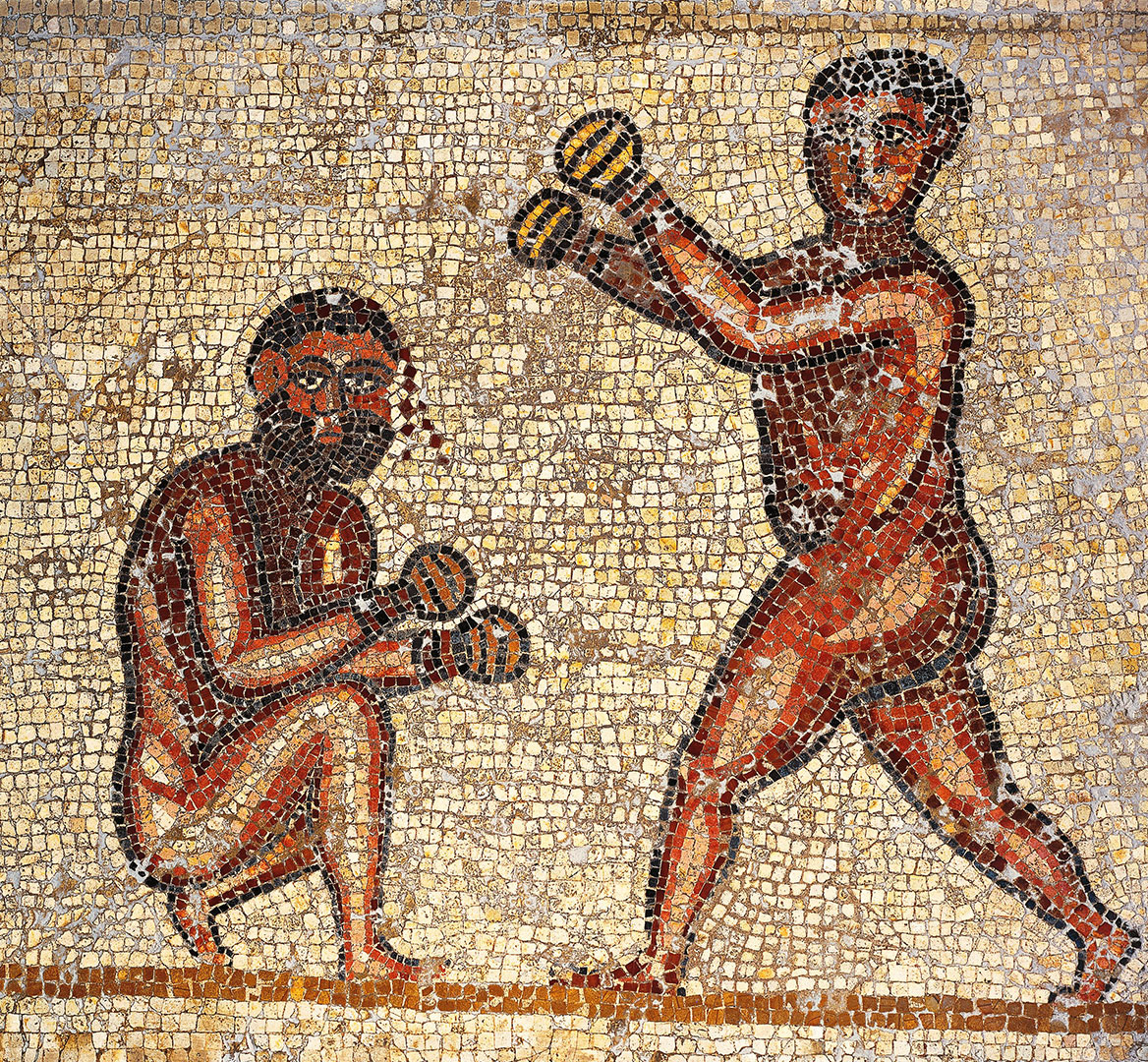 With UFC events happening almost weekly, soccer in Europe slowly making its return and the NBA season scheduled to restart at the end of July, sports are well and truly back (sans attendees, for the time being.) Their absence made many of us realize just how much they meant to us, whether that was for the fierce competition or just because they helped pass the time. What many of us don’t realize, thinking back to the 70s in basketball as old, is that sports have been a part of society for a long time, with the oldest dating back to thousands of years BC. They’re in our DNA. The oldest sport in the world is generally considered to be wrestling.

In Lascaux, France is a complex of caves, many of which contain paintings from the Magdalenian period around 15,000 years ago. Some of these depict people wrestling in the same way that we see collegiate athletes doing today. That’s probably because you don’t need much equipment to competitively wrestle with someone. With some exceptions, many of the oldest sports and athletic practices follow the same rule. Wrestling was introduced into the Ancient Olympics in 708 BC and has since had a heavy presence, even now in the modern games, with the 1900 Olympics being the only year it wasn’t present. Of course, wrestling has progressed to even be an absolute essential in MMA, with multiple UFC champions coming from a wrestling background (155lb champ Khabib Nurmagomedov, 170lb champ Kamaru Usman, 205lb champ Jon Jones.) It’s generally considered the best base for a mixed martial arts career. Even prehistoric drawings in Japan seem to show sumo-style wrestling. 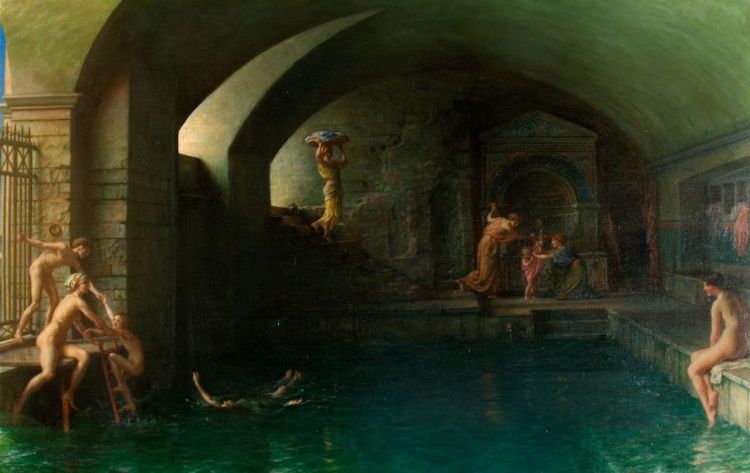 WAVE: The Museums, Galleries and Archives of Wolverhampton/Getty Images

In the Libyan Desert section of the Sahara is the Gilf Kebir plateau. There, you’ll find the Cave of Swimmers, which was discovered in the 1930s but dates back to 10,000 years ago. Archaeologists believe that certain cave paintings show humans doing the breaststroke and doggy paddling, although there is some debate. In terms of sport, the earliest we can technically date competitive swimming is back in the 1800s. In 1896, it made its first appearance at the Olympics, for men only. However, in Ancient Egypt, there were monuments to the Pharaohs dated around 2000 BC that indicate swimming amongst other competitive sports like athletics, wrestling and weightlifting, supporting the argument that it was done competitively thousands of years before appearing at the Olympic Games.

Archery comes close to wrestling in terms of how far back it dates. Arrows themselves date much further back, to approximately 60,000-70,000 years ago. But evidence suggests that the bow and arrow as a combination were invented around 20000 BC, used back then at least predominantly for hunting and survival by our ancestors. But at the same Cave of Swimmers in the Sahara mentioned above are depictions of archery, so in a similar way to swimming, though it was late to the Olympics, first appearing in 1900, its competitive history is likely a long one. Archery also battled somewhat of a decline when firearms began to be popularised, so the fact that it exists today for sports and hunting is impressive. 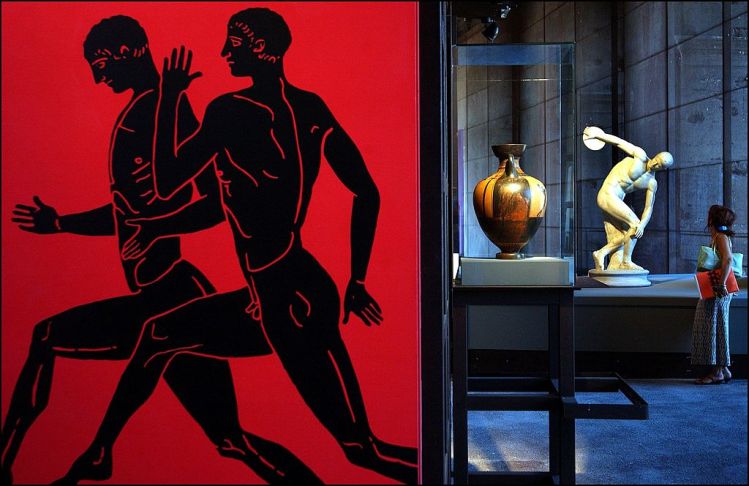 Although running itself has been done for literally millions of years, to pinpoint a time where we have evidence of it being done competitively and/or as a sport is a difficult job. It’s likely that sprinting has been done for as long as humanly possible, but we can only confirm what we have evidence for. We can see depictions of people running and/or sprinting about 15,000 years ago and the first-ever Olympic event to take place was a foot race in 776 BC. In fact, the first thirteen editions of the Ancient Olympic Games featured only foot races from one end of the stadium to the other. Even today, the 100m sprint is perhaps that most attendees look forward to, thanks to Usain Bolt. 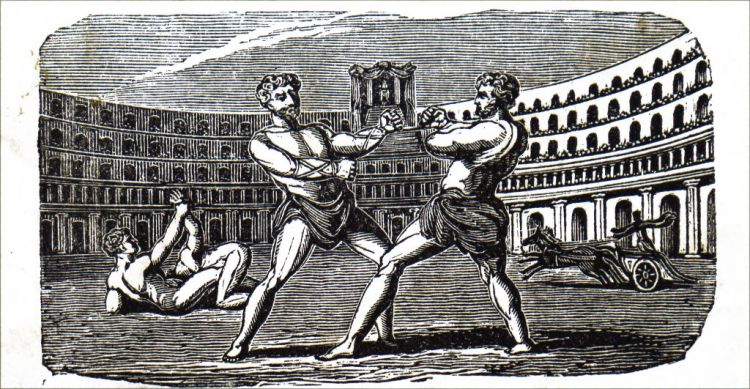 The earliest form of boxing we have evidence for comes from around 3000 BC through sketches in Iraq. Coming in at around 1650 BC is the first evidence of boxing gloves in a painting of Minoans punching each other, but even later than that in Ancient Greece, boxers would wrap leather thongs around their hands as protection. Though the premise of boxing has not changed so much, back then, there would be no rounds and although you may have been allowed to go to the body, evidence suggests that the head was by far the primary target. Interestingly, during the Roman gladiator period around 393, boxing was abolished, deemed too brutal. It naturally reappeared and today is one of the most popular sports around, our current form evolving from 16th century styled boxing in Great Britain.

Sports have been a huge part of human history and as with anything, to understand the history of the competitive nature of sports and how they have been ingrained in society is to understand sports moving forward. We live in a strange time where spectators have had to be removed from sporting events but 2020 will certainly be a year for the history books. Perhaps going a few months without sports will reinvigorate our passion for them.