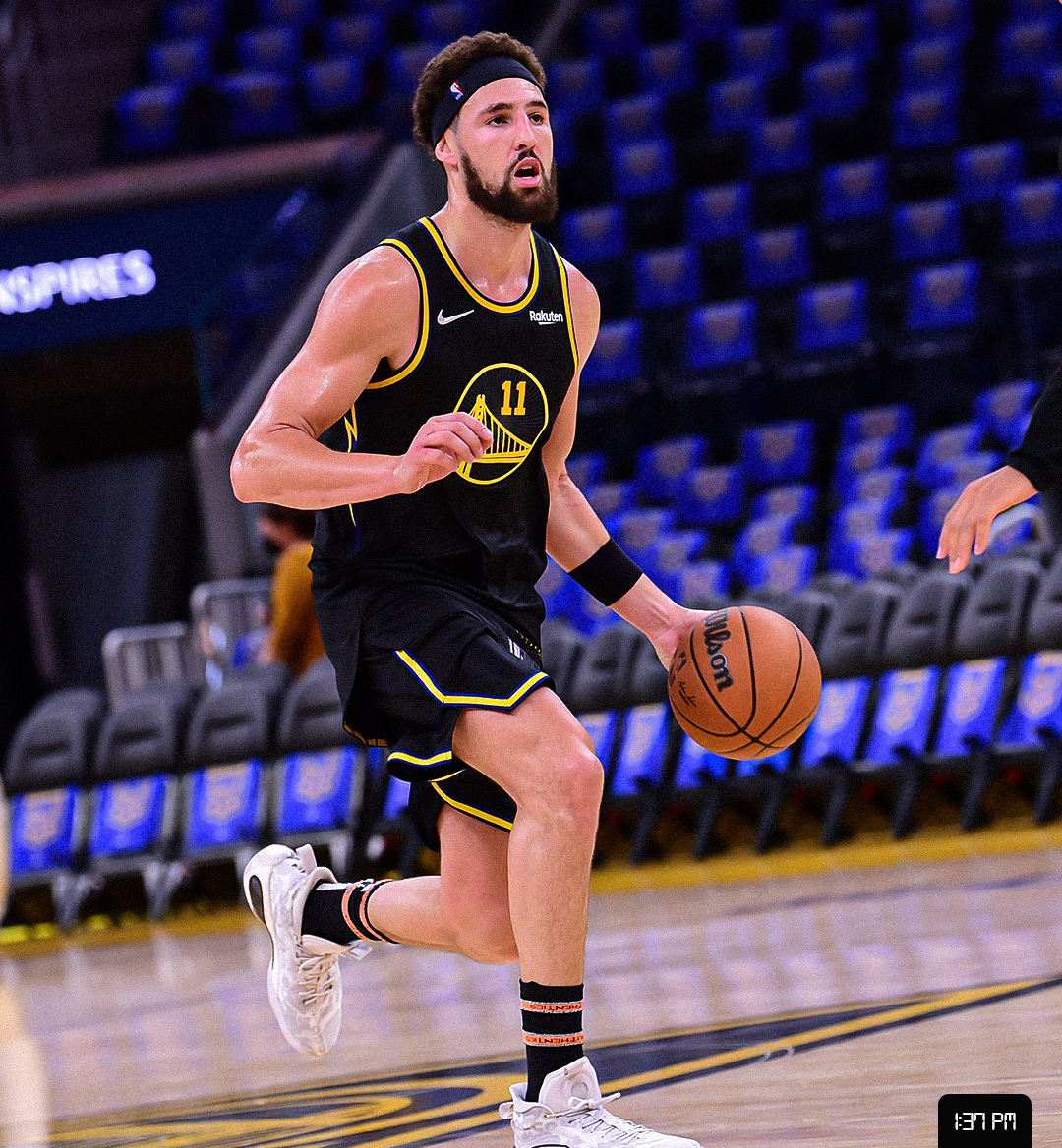 A famous quote states, "absence makes the heart grow fonder," and it couldn't be more accurate with how NBA fans have felt about Klay Thompson. It's been two and a half years since we've seen the long-time Golden State Warrior play basketball, and we miss watching one of the game's greatest shooters in action-- even if it's at our favorite team's expense.

It's been a long road for the five-time All-Star since suffering the first of two consecutive season-ending injuries in June of 2019 (Torn ACL and then torn Achilles). And while reports have stated Thompson could make his season debut within the next month, after recently participating in full practices and scrimmages, head coach Steve Kerr remains low-key on Thompson's return. But neither less to say, it has not stopped the excitement that's building around the Splash Brother.

With the Warriors carrying the league's best record (19-4) and clicking on all cylinders, it creates the conversation of how Thompson will fit in. Besides the high-powered offensive production of Stephen Curry (27 points per game), the Warriors have relied on excellent ball movement, shooting, and success in transition as a team. That is fantastic news for Thompson because he and Curry first created those successful traits during the Warriors' previous championship run of 2015-'19.

If there's anything underrated about Thompson's offensive game, it's that he can score with little to no dribbles. Standing at 6-foot-7 and possessing arguably the league's quickest shooting release, Thompson made defense's lives miserable, especially as a willing mover without the ball. Upon his return, the likes of Curry, Draymond Green, and Jordan Poole will be the playmakers who create Thompson's initial shot opportunities via catch and shoot looks before he rediscovers his favorite spots to go off the dribble or attack smaller defenders.

This is the first time Steve Kerr has roped Klay Thompson into a postgame answer about schemes. Return is on the horizon and you can tell team is beginning to calculate that in more. pic.twitter.com/Fqna6DYc95

But for any talk about Thompson's involvement with the Warriors' offense, it's what he will do for them defensively that could ultimately be the difference. Before his injuries, the former first-round pick was regarded as one of the league's best perimeter defenders because of his discipline, length, and ability to cover anyone between the one and three positions.

Fast forward, two and a half years later, Thompson is not only rejoining a Warriors' defense that ranks first in points allowed per game (100.2) and opposing field goal percentage (42%) but possesses multiple top-notch defenders in Green, Gary Payton II, and Andrew Wiggins who could also switch and defend multiple positions. That is noteworthy because Thompson could be assigned to cover offensive players who aren't as involved in their offense during his first few games back.