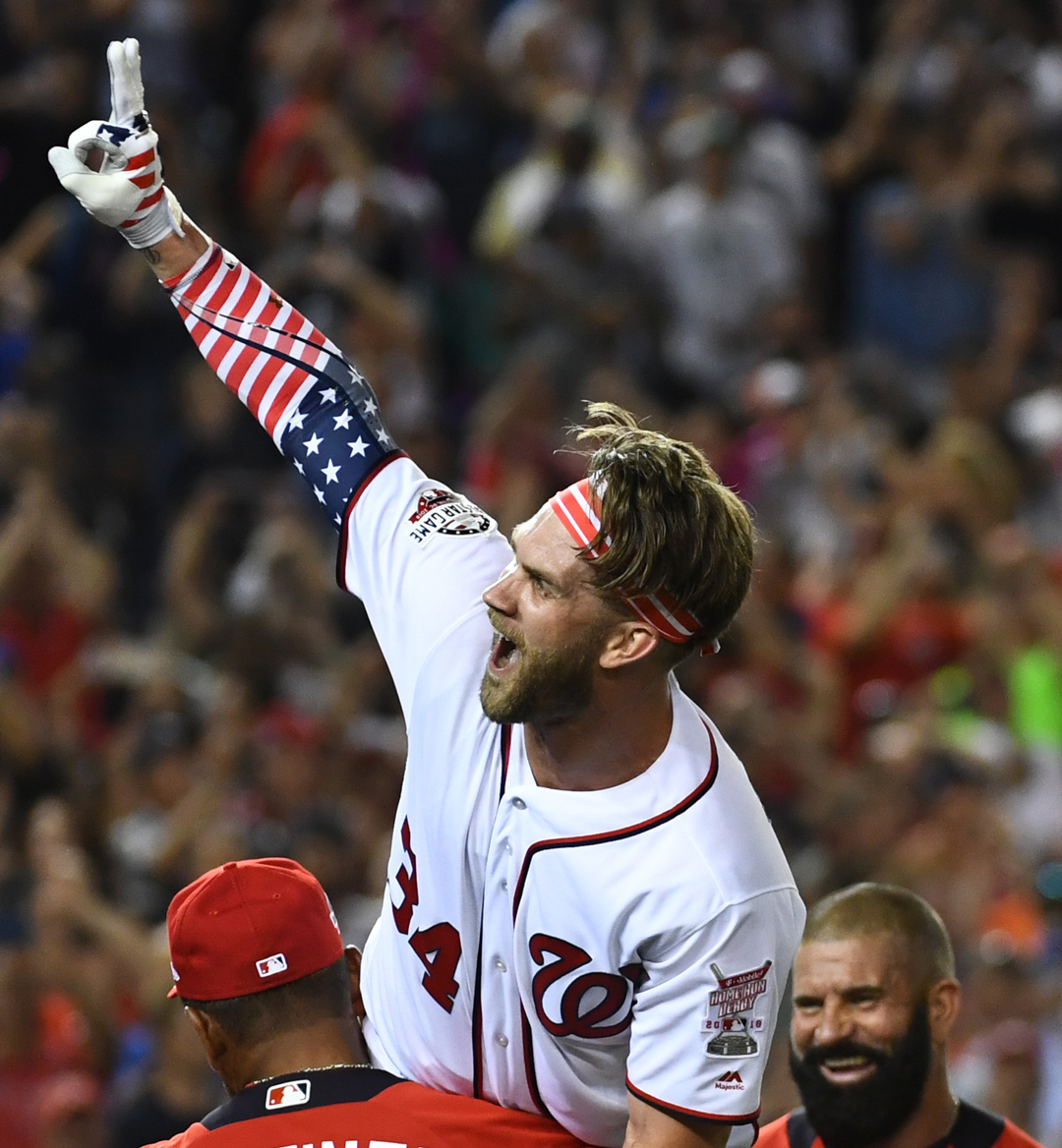 Records are made to be broken. / Katherine Frey/The Washington Post/Getty Images

Records are made to be broken. When it comes to Bryce Harper — a 25-year-old six-time All-Star OF who is likely to receive the most lucrative contract in baseball history — reaching this landmark is only a matter of time.

Ever since Bryce Harper debuted in the Majors at age 19, he’s largely lived up to the hype he generated as a prospect. (SI called him “Baseball’s LeBron” in 2009). Even after a big debut season — he won Rookie of the Year in 2012, handily — Bryce has kept improving. That year, Bryce hit 22 home runs while driving in 59 RBIs (with a .340 OBP, no less) after being called up from the minor leagues in May. He played a major part in helping the Nationals clinch their first NL East division title. When the Nats got eliminated by the Cardinals in the NLDS, fans and scouts already knew the sky was the limit — they dubbed Harper as their future superstar on the rise. He continued his amazing start with a monumental performance in his fourth year as a big-league outfielder. 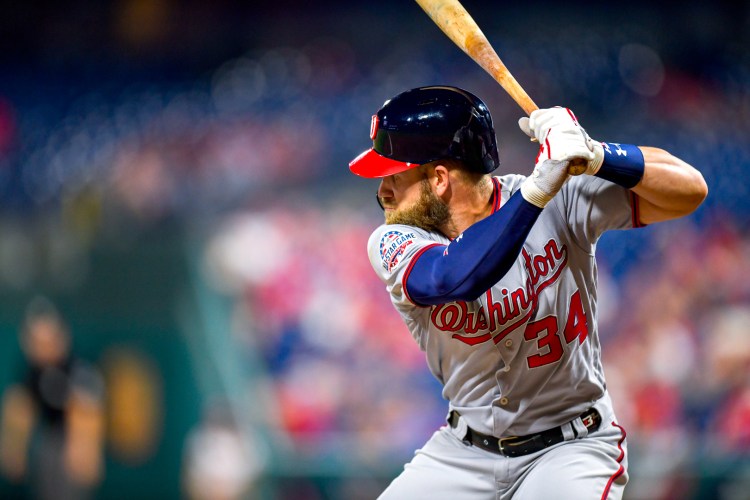 Just when critics thought his Rookie of the Year campaign was a fluke, he quickly rose to the list of elite superstars in the MLB by his 4th season in the big leagues. At age 23—which is the median age for prospects who are breaking into the majors—Harper had one of the best individuals seasons in baseball history, en-route towards capturing his first National League MVP. Besides leading the majors in WAR (wins above replacement), Harper’s overall hitting performance throughout the season was top five most productive and was the best in baseball since Barry Bonds did it in 2005. While becoming the youngest National League MVP recipient in MLB history, Bryce put his name next to Babe Ruth as the only players to hit at least 40 home runs and walk 120 times in one season.

Harper has accomplished an enormous amount for such a young player — by the time most major leaguers are FA-eligible, they’re usually in their late 20s. Harper is 25, so any team offering him a contract will be getting many seasons of his prime performance.

Questions about whether Harper deserves the commitment are now irrelevant. The question has become: How much Bryce Harper going to cost?

Fast forward to 2018, and Bryce is about to cap off another stellar season. In the final year of his two-year, $35 million deal, Bryce has been actively campaigning for a raise. According to ESPN’s Senior Writer Jerry Crasnick, Harper is in the position to request for a monster contract that’s up to $400 million from six different MLB franchises. Bryce’s agent is Scott Boras, an agent who has made his name getting his clients' top dollar. Teams such as the Washington Nationals, Chicago Cubs, Philadelphia Phillies, New York Yankees, Baltimore Orioles and Anaheim Angels will have money to spend.

With the power slugging phenom Giancarlo Stanton signing a record-setting $325 million dollar deal with the Miami Marlins in 2015 before he got traded to the Yankees, don’t be surprised if the Bronx Bombers swing for the fences in landing the Bryce. (He wears #34 because of his idol Mickey Mantle, 3+4=7). With Boras representing Bryce, the market is perfect for him to demand for a monster deal consisting of 10 years, $500 million. Harper will be the perfect "middle-of-the-order" baseball crushing machine that will give visiting team’s bullpen fits on figuring out how to pitch around this potential Pinstripe three-headed batting monster.

Then there’s the Philadelphia Phillies, where Bryce has a field day in the batter's box at Citizens Park stadium every time he visits. Bryce has a .966 OPS (on base slugging pct) while hitting 12 homers in 40 games in the city of brotherly love. Not everyone is sure the Phillies are willing to throw everything and the kitchen sink to acquire the big-time slugger, who would be seeing his old team the Nationals on a frequent basis in the NL East division.

But after all, Bryce Harper is the walking prototype of a “once-in-a-lifetime”. As the great Shawn Carter said it best, “Men lie, women lie…but the numbers don’t." 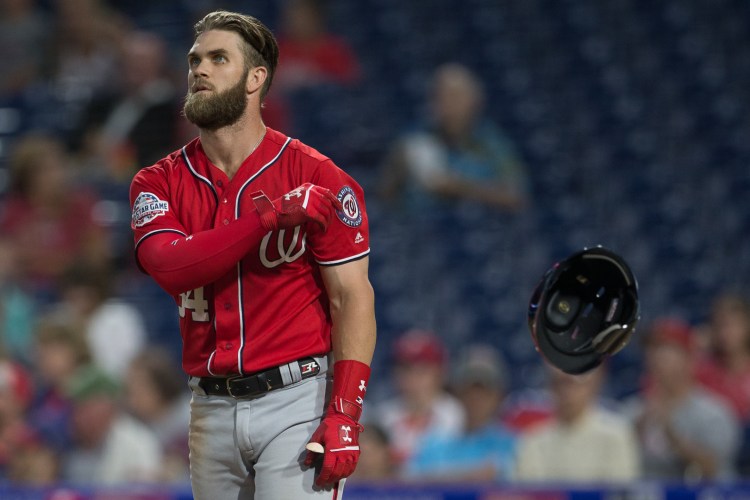 With Bryce on pace to match the projected numbers researchers at FanGraphs.com have done, Harper will be the new photo in the dictionary when a kid looks up the meaning of paid. According to their calculation, Harper might be worth a face-grabbing $567M in guaranteed money over a 10-year period.

Harper will be changing the way athletes are negotiating their contracts after a breakout season. This will open new doors for even outrageous figures to be thrown out there for contractual discussion. With players with massive potential, such as Anaheim Angels dual position player Shohei Ohtani (under contract for $545,000), and rising prospects such as 17-year-old Hunter Greene (who throws 102 mph and hits 450 ft home runs), Bryce has opened the compensation floodgates.

Don’t be surprised if as years go by, we witness our first ever billion-dollar contract in the sport of baseball.