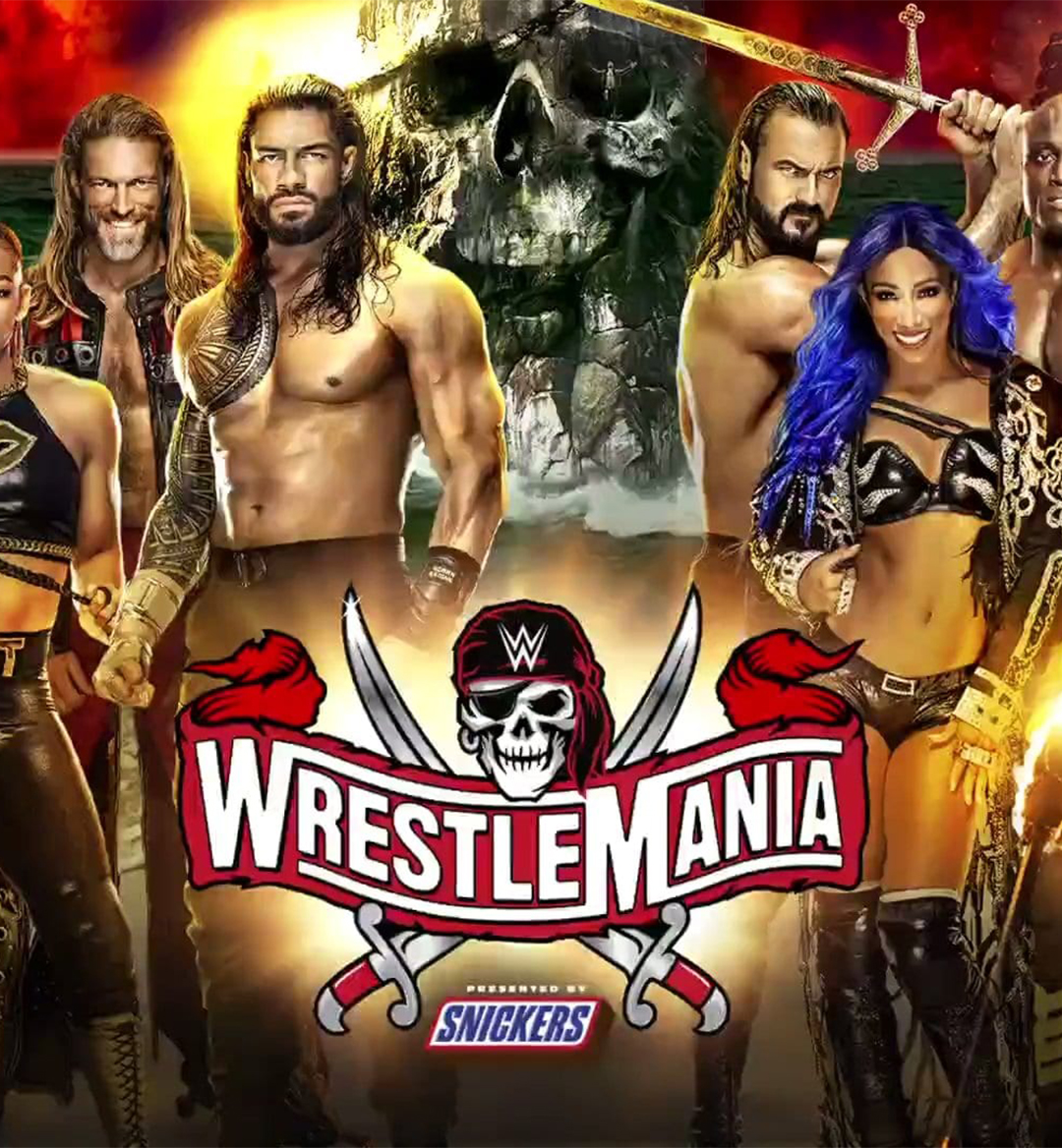 We’re just a few days away from WWE’s crème de la crème as far as PPV/streaming service spectaculars go. And if you’re not in the know, then allow me (one of ONE37pm’s unapologetic wrestling nerds) to bring you into the fold - every year, World Wrestling Entertainment goes bigger than big for its premier showcase, WrestleMania.

Fans far and wide make their way to the designated city/state where that year’s ‘Mania is being held and indulge themselves in all things professional wrestling. Last year, the pandemic prevented ‘Mania madness from happening on an expected stadium scale. But for this year’s installment, WWE is looking to deliver the massive pirate-themed spectacle it was planning to produce in 2020. Actual fans will get to participate in the two-day extravaganza that is WrestleMania 37 as it emanates from the Raymond James Stadium in Tampa, FL. I’m super pumped to see WWE’s best and brightest compete in front of fans once again and perform at their highest level on the biggest stage of ‘em all.

And of course, there are certain matches from that upcoming event that have raised my hype levels past their limit. So allow me to pass all that frantic energy onto you guys as I break down my most anticipated WrestleMania 37 matches.

But before we do that, lemme throw on a little ditty that will most definitely set the mood. “Alexa, play the 90s WrestleMania theme.” 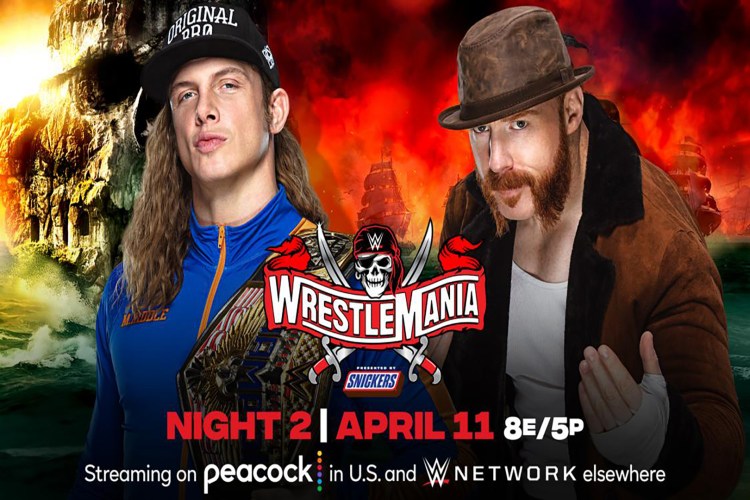 I might not be the biggest fan of Riddle’s newfound appreciation for scooters and bro puns, but I will always be engaged whenever he steps into the ring. WWE’s resident barefoot MMA stylist has butted heads with Sheamus on multiple occasions in the past couple of months and they've all been pretty good. Now that they’re getting the chance to showcase their chemistry with each other at WrestleMania, I’m sure they’ll raise their match brutality factor to a higher tier of pain. I’m excited to see both men go as hard as possible in a bid to top their previous efforts. Give this one 15+ minutes, Vinny Mac! 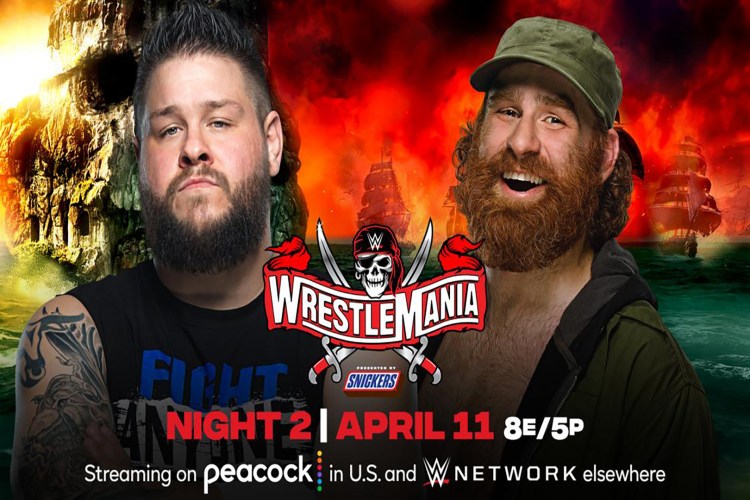 Turkish writer Mehmet Murat İldan dropped this fire gem - “In life, always choose a serious rival even if you know you have no chance to win, because a good rival is always a good teacher!” Kevin Owens and Sami Zayn have clearly taken that quotable to heart since they’ve been attached at the hip for God knows how long. They’ve tagged with each other and torn into each other every time they just so happened to be competing in the same wrestling fed. Their past NXT/WWE feuds have produced plenty of in-ring magic as well - the strongest example of that is their amazing Battleground 2016 bout. Now that Owens and Zayn are finally getting the opportunity to work their magic on the WrestleMania stage, I’m excited to see what they can do now that the stakes are being raised even higher. 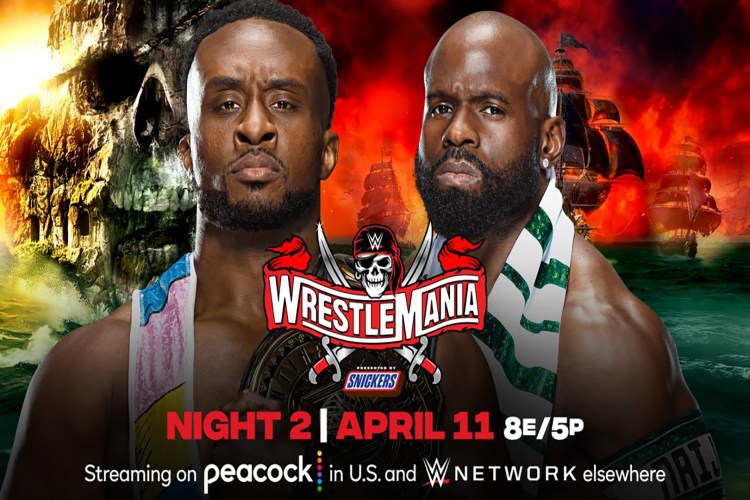 Do I know what a Nigerian Drum Fight is? No. Am I hoping that it’s nothing more than a hardcore brawl where passionate drummers play their hearts out outside the ring? For sure! Big E and Apollo Crews have that exact match stipulation attached to their latest clash over the Intercontinental Championship, which has me super giddy. Both men gave us a sample size of their in-ring heat at Fastlane before it got cut short by an obvious botched ending. So now I’m thrilled to see them run that whole scenario back with an added stipulation and the pomp & circumstance that comes with WrestleMania. 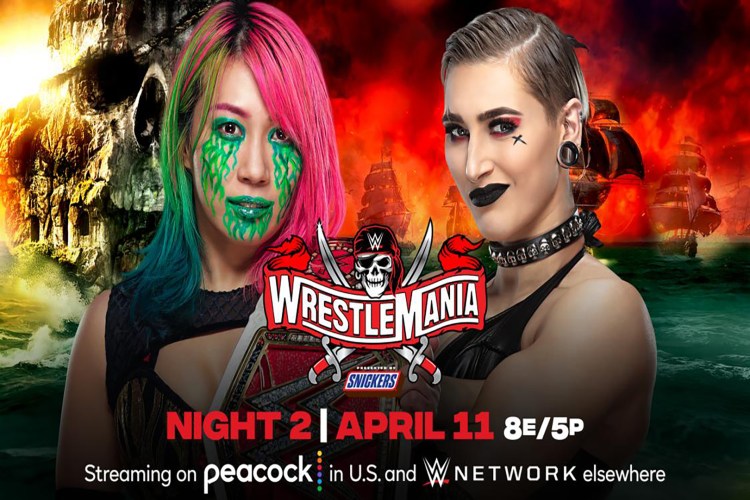 Do you know what match ended up being my personal favorite from last year’s WrestleMania 36? Rhea Ripley vs. Charlotte Flair. Both ladies obviously came to show and prove - thankfully, they exceeded my expectations by delivering one of the best women’s WrestleMania bouts of all time. Asuka also produced a banger with Charlotte and that one graced everyone’s screens at WrestleMania 34. Simply put, Asuka and Rhea have it in them to bang out a good to great match on a regular basis. For this first time meeting between the two, I’m expecting a four-star classic that will notch high honors after everything is said and done. This one better be a war! 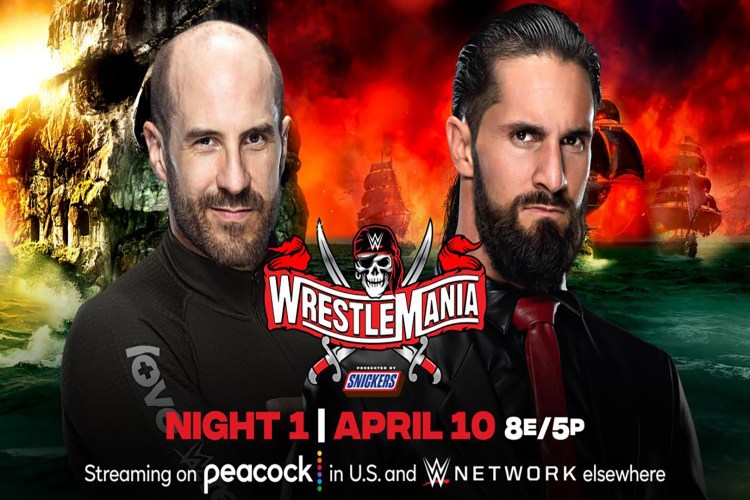 Cesaro’s latest mini-push is dope, yes. But I’m so used to WWE quickly losing interest in its latest flavor of the month superstar and leaving them to waddle away in catering. But for some reason, my gut is telling me that the powers that be at WWE will give Cesaro his time to shine for a lot longer than I’m used to seeing. With a strong dance partner in Seth Rollins, Cesaro can easily paint himself as SmackDown’s next WWE Championship contender just by putting on an impressive performance with him. Since Cesaro’s used to doing that most of the time, I’m sure he’ll emerge from this match as an even bigger star. Rollins can do no wrong whenever he’s in the ring and he’s proven to be someone worth watching when the WrestleMania lights are on. This one’s most certainly going to be an all-star clinic. 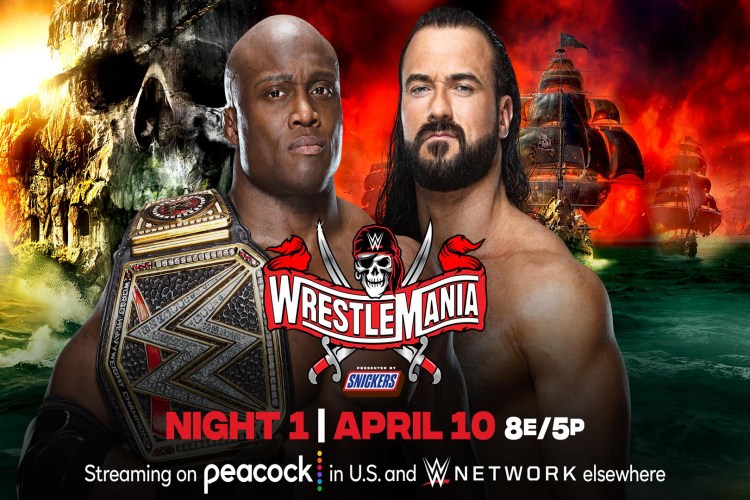 The rebuilding phase of Bobby Lashley worked like a charm. Ever since he abandoned his weird on-screen “relationship” with Lana and linked up with a kindred soul in MVP, Lashley has become a world-beater once again. That newfound sense of domination pushed him right into his first-ever WWE Championship win. And his very first defense will be against the man he has plenty of history with, Drew McIntyre. I loved their match from last year’s Backlash and I’m sure they can go beyond the level of quality from that bout in this main event caliber contest. I’m expecting a brutal barnburner from this one - Lashley and McIntyre definitely have it in them to produce a memorable WrestleMania matchup. 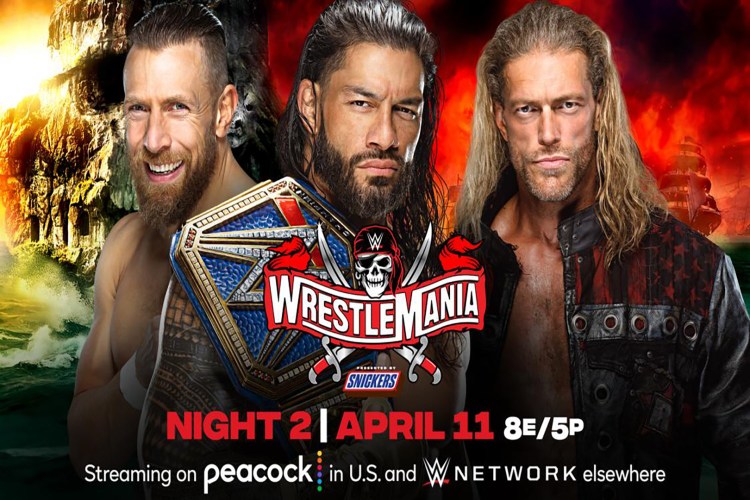 I was already over the moon when it was announced that Edge would use his Royal Rumble victory to segue into a title match opportunity against SmackDown’s “Tribal Chief.” But now my excitement levels have reached another level now that Daniel Bryan has been added to the Universal Championship equation. All three individuals are experiencing their latest career highs, which means they’re more than ready to deliver an all-time classic. What makes this matchup even more interesting is the fact that I don’t even know who should win here - Roman Reigns, Edge, and Daniel Bryan could easily leave this bout as the new SmackDown champ and I’d totally be fine with either outcome. All I know is this - we might have another classic triple threat title match on our hands here. 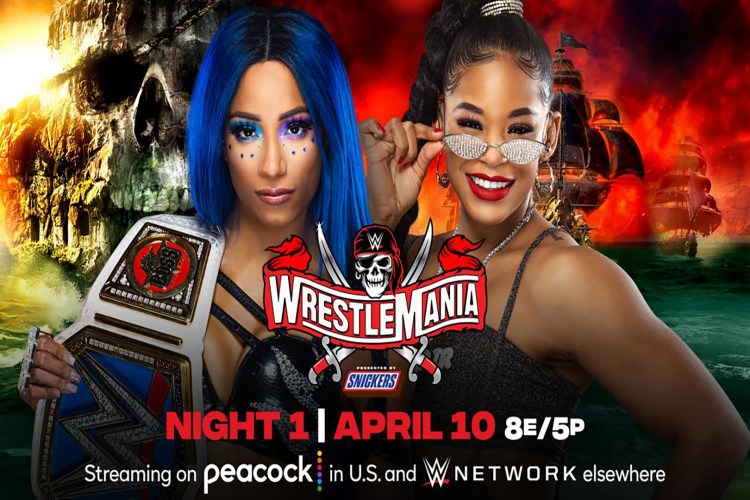 I’m all aboard the whole “let this match main event Night 1 of WrestleMania 37!” bandwagon. Never mind the disappointing storyline that’s been put in place to build this championship encounter - I know that Sasha Banks and Bianca Belair can overcome it all and produce in-ring excellence. Banks just doesn’t miss when it comes to her most recent singles PPV bouts, plus Belair is a mega-popular member of the main roster that’s not too shabby herself. I know they both have it in them to get the highest of honors for their first-ever in-ring showdown and give us a shining example of “Black Girl Magic.” I’m hoping this title match gets all the time it needs to develop into one of the finest women’s WrestleMania matches of all time.