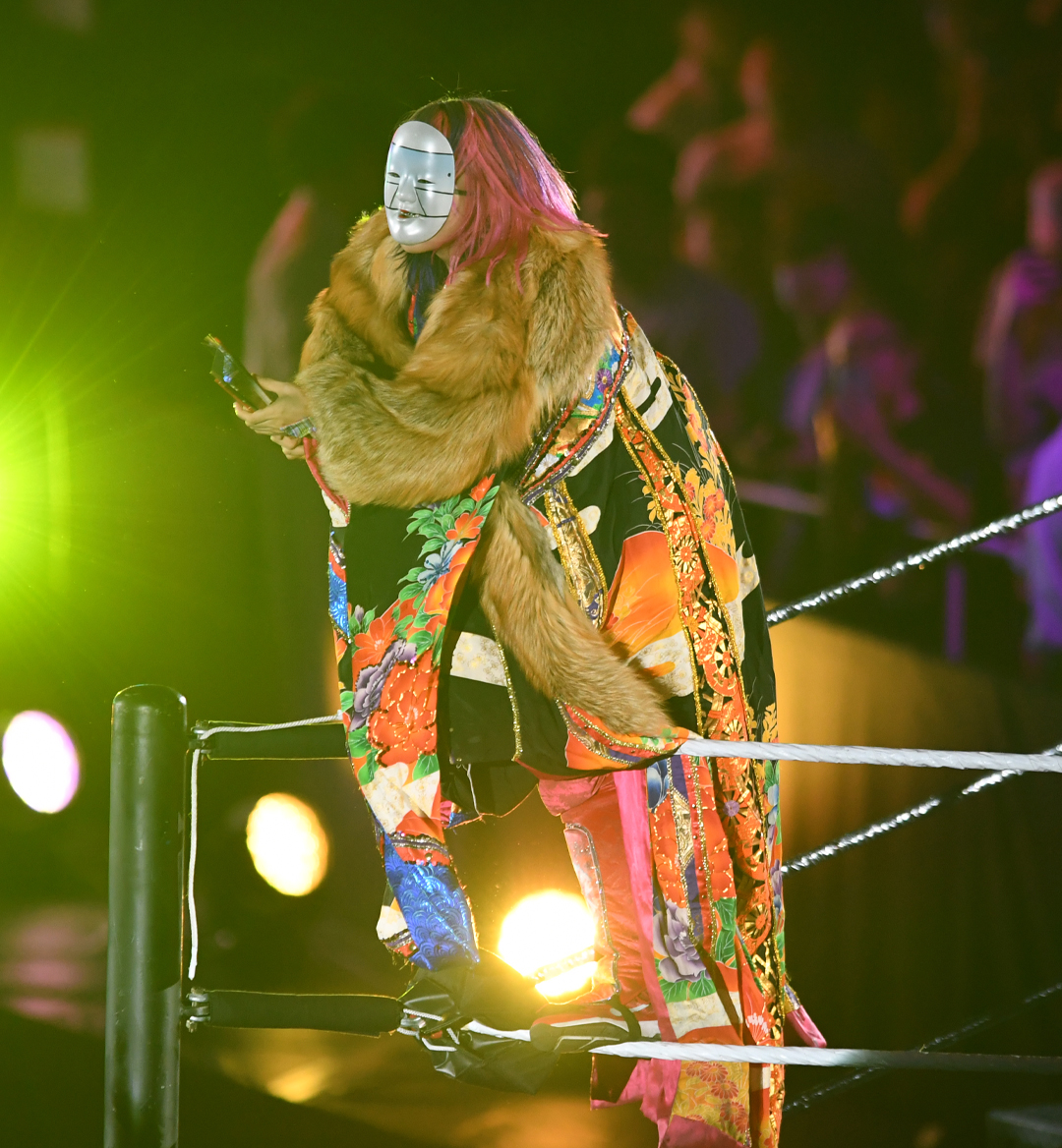 Pro-wrestling culture tends to lag a good five years behind the current zeitgeist, but the gap between what the wrestling world finds cool and what’s actually trendy is getting smaller by the second thanks to social media. While the general public still associates pro-wrestling fashion with fringe and neon (which isn’t exactly wrong!), there are some more daring sartorialists in the industry willing to risk their reputation with some edgier and more up-to-date looks.

2019 was a revolutionary year as far as the business of pro-wrestling goes. As the art of live combat theater ambles its way towards cultural relevance once again, the aesthetics of the scene will have to keep up with the capricious whims of the style industrial complex.

To celebrate this bombastic year in sports entertainment, we’re counting down the grapplers and fighters with the most iconic outfits.

Bianca Belair makes her own looks and her impeccable craftsmanship and attention to detail shows in every outfit. Her NXT Takeover Wargames 3 look was a beautiful experiment in camp — there’s braids on her leggings! — and streetwear sensibilities. She even had her name encrusted in jewels on the back of her scalp!

Sasha Banks took a months-long hiatus to travel through Japan and train with the legendary Meiko Satomura—and she returned to the United States with a new attitude and a new style. Following a wig reveal heard ‘round the world, the "Legit Boss" leveled her looks up and came out dripping in sequins and sparkles like a heavenly Sailor Moon villainess.

Both Kairi Sane and Asuka were some of WWE’s better-dressed battlers before they teamed up as the Kabuki Warriors. But the two really stepped their game up following a heel turn, which re-envisioned them as fantastical acid-spitting sisters with a sadistic streak. The current reigning WWE women’s champs swapped out their colorful gear for a more streamlined black and gold palette but kept the ornate, handmade entrance jackets.

AEW’s Sonny Kiss has quickly become the burgeoning brand’s fan favorite, and his impeccable style is one reason why. You can tell a lot about his character from his gear, and this particularly on-trend chrome look (designed by fellow pro-wrestler Jamie Senegal) harks back to early 00’s girl groups but with a banjee twist.

It’s easy to spot both the influences of superhero culture and the opulence of puroresu entrance jackets on Lio Rush’s latest fashions. The former Cruiserweight Champion has always been a bit of a showboat, but his impeccably constructed coat and ornate (but not overdesigned!) tights now match his attitude. Shoutout to the beloved gear maker Yolanda The Designer for this amazing re-design.

Wrestling has always been a bit conservative when it comes to gender norms, but the current reigning Raw Women’s champion has bucked the heteronormative order in favor of queer subversion. After taking up the moniker of “The Man,” she’s questioned the integrity of her male and female competitors alike and showed off her newfound power in the form of an impeccably fit suit. Her ring gear also received an overhaul, ditching the long-outdated steampunk steez for a Kill Bill inspired and much more understated black and yellow outfit.

Widely considered one of the greatest living women’s wrestlers, Io also got an all-black makeover after a heel turn earlier this year. Her shiny color palettes were always flashy and fun, but her new, darker look is a smart, 2019 update with nods to Harajuku street style. The neon green highlights are perfect for the evil cyberpunk princess thing she’s got going on nowadays.

A paradigm of gothic fashion, Aleister’s entrance looks combine a sort of cartoony fiendishness with actual menace. This 2019 version of dark glamour is certainly over-the-top but never too silly. And Aleister can clearly pull off funereal formal wear too, an impressive feat for anyone whose daily attire is a pair of pleather trunks.

Denim pants paired with a denim jacket used to be known as the Canadian Tuxedo before the look became the standard uniform of the gentrifying denizens of Williamsburg, Brooklyn. Yet, somehow, Orange Cassidy’s hungover style elides these lesser connotations. There’s something so obvious (and very clearly effortless) about Cassidy’s regular fashion, but being simplistic and lazy has made him an absolute icon—and an easy Halloween costume for kids.

Mauro Ranallo frequently describes Dream as NXT’s “sartorial superstar,” and with good reason—Velveteen isn’t exactly subtle with his nods to Prince or a plethora of other genderqueer icons and although his penchant for frills and fringe would look outlandish in other settings, it’s a perfect divergence from the otherwise gender fascist aesthetic universe of WWE.

SANADA’s ring gear has taken an unfortunate backslide into sky pirate cosplay but despite his more woefully cartoony in-ring fashions, his formal menswear choices are consistently on point. The bleached beard is a huge problem, but we must forgive this great error considering the great lengths he must go to find a suit that fits his massive bulk, especially over in Japan.