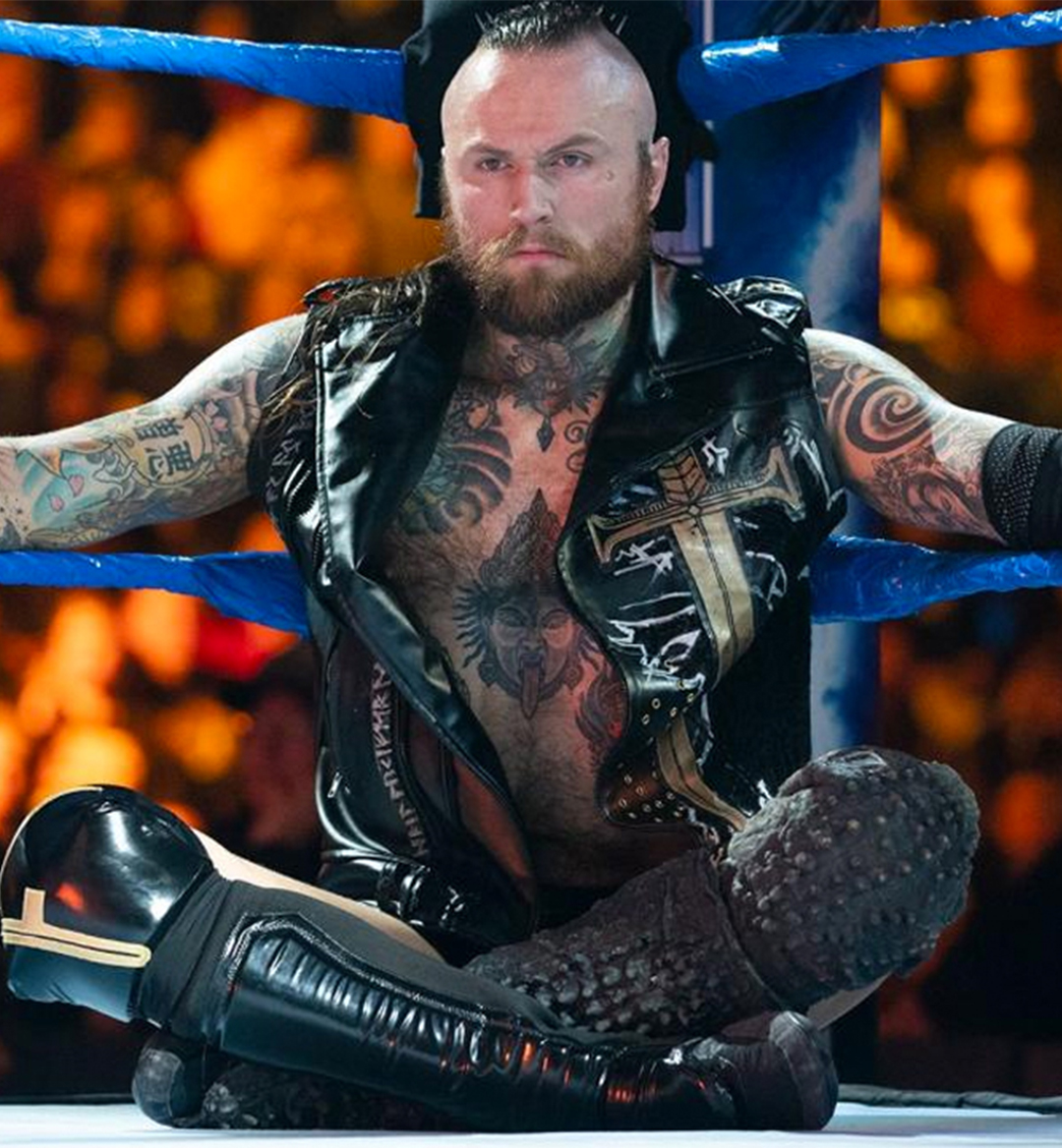 No, you’re not wrong - WWE definitely released a whole bunch of talent the month prior.

We figured that would be it for a while when it came to the world’s largest wrestling company's latest batch of releases. But just a month later, WWE dropped the ax once again and shocked the wrestling world with a new list of names that got their walking papers. It’s always disappointing to find out that one of your favorites (who was either underused, misused entirely, or never even got a chance to shine) is no longer a member of the WWE roster. But just like other former WWE superstars, this latest batch will recover somehow and hopefully make their presence felt in some other prominent wrestling feds.

Speaking of said feds, we’d like to provide our expertise and chat about the preferred companies we’d like to see the following six released wrestlers ply their trade in next. These proposed “future endeavors” have a lot to offer these top-notch pros, we say.

The biggest shocker from the latest round of WWE releases was most definitely this one. Just a month prior, Braun Strowman was the third man taking part in a WWE Championship match at a PPV. Plus the big man could be seen flinging Shane McMahon off a steel cage at WrestleMania 37, for God’s sakes! To see him go from competing at the top of the Raw card and end up on the “future endeavored” is mind-boggling. Life comes at ya fast, doesn’t it? Braun definitely fetched a high price during his last WWE tenure (as a matter of fact, he’s still fetching a high price as a free agent!), so I can kinda see why he was released due to “budget cuts.”

Now, where should this former Universal Champion go next? The wrestling world is pretty much his oyster, so any fed would love to have a man of his stature in their ranks. We think Braun would make a great fit in Impact Wrestling. Once the company formerly known as Total Nonstop Action starts bringing fans back in, having a supergiant like Braun working in front of those rabid fans would work like a charm. Braun could easily step into the position as Impact World Champion. Plus he has a roster full of big men to work with - bouts with Moose, Jake Something, Joe Doering, Madman Fulton, etc. all sound pretty enticing.

You can tell that Aleister Black’s release was a massive mistake on WWE’s part cause now we’re all hearing rumors of the company looking to find a way to bring him back. Aleister falls into the category of NXT wrestlers that were booked well and booked terribly on the main roster. The man has a unique look, can definitely go in the ring, delivers his promos differently than everybody else, and is super creative when it comes to his gimmick. But even with all those great attributes, WWE’s creative team couldn’t find him anything worthwhile to sink his teeth into, which is a travesty. All those start-and-stop pushes eventually didn’t amount to anything, plus Aleister got let go just two weeks after he kickstarted a new feud with Big E!

Now that Aleister is a free man, it’d make all the sense in the world for him to ply his trade in both AEW and NJPW. He has a treasure trove of great wrestlers to work with in both feds and I’m sure Tony Khan would allow him to take some trips to Japan to compete in even more dream matches. Just imagine Aleister going to war with Kenny Omega, Rey Fenix, Penta El Zero M, KENTA, Shingo Takagi, etc. Once Aleister’s 90-day no-compete clause comes up, he needs to show WWE just how badly they fumbled the bag with him and his immense talents.

Even with the horrible moniker WWE gave him, (Buddy) Murphy rose up from his once insignificant spot on NXT and found himself in an underrated tag team on the black & yellow brand. Then once he made his way up to the main roster, he put in the work to make sure everyone was checking for him during his excellent tenure within the renewed Cruiserweight brand. And even after that, Murphy went out of his way to deliver good to great matches with the likes of Aleister Black, Seth Rollins, and Roman Reigns. WWE eventually slotted the man into that uncomfortable storyline with Rey Mysterio’s daughter, then they proceeded to drop it like a bad habit out of nowhere and left him to wither away off TV. And now...he’s gone.

Murphy’s a world-class talent and deserves another opportunity to showcase his talents on a major stage. Once NJPW decides to bring in more gaijin talent, Murphy should be the first person they adopt for that renewed effort. He could follow in Shingo Takagi’s footsteps by dominating the Jr. Heavyweight division and taking all that success right into the heavyweight ranks. Murphy’s one of the best in-ring competitors on the scene - now that he’s gone from WWE, he needs to remind everybody why by making the move to New Japan.

Sigh...here we have yet another case of an NXT roster member that never truly got a chance to prosper on the main roster. And what’s even worse is the fact that she got called up too soon to get placed in a random stable that never really seemed to gel all that well. Ruby Riott, Liv Morgan, and Sarah Logan became fast friends behind the scenes, but their all too different personalities came off awkwardly together on TV. Even with all those setbacks, Ruby made a concerted effort to show off her in-ring skills and garner plenty of love along the way. Her warm personality endears her to anyone that watches her (especially if you watched her hilarious exploits on the Up Up Down Down YouTube channel!), plus her tatted-up appearance sets her apart from the majority of WWE’s ladies division.

AEW’s women’s division started off on a weak note, but now it has managed to build itself into something more worthwhile and watchable. Ruby would be the perfect addition to that blossoming division and possibly remind everyone just how great she is just like Sarena Deeb has. Ruby’s an asset anywhere she goes - here’s hoping she proves that point in Tony Khan’s wrestling wonderland.

Lana got put through all those damn announce tables by Nia Jax and this is how they repay her? Man, that’s gotta sting. What’s even worse is the fact that Lana lost her accent and managerial role all in one fell swoop. WWE gave her plenty of chances to step into new roles, but they never really amounted to much since she’s not all that great in the ring. She’s better served as a manager, which is why it’d be great for her to join her real-life husband’s side in AEW and help push his renewed badassery to even greater heights. As a wrestler, there’s not a lot of mileage AEW can get out of Lana. But as a manager, she could definitely prosper alongside Miro.

You guys heard that Santana Garrett was supposed to compete on the main roster before her release, right? This is pretty strange considering the fact that she didn’t get to do a whole lot during her NXT tenure. We’ve seen instances of former NXT talent getting called up a lot sooner than expected before (Elias, Chelsea Green, and Apollo Crews all say hi). And it’s just as mind-boggling to learn that Santana was set up to be placed in such a weird spot.

Now that the National Wrestling Alliance is looking to build up its women’s roster and put on an all-women’s PPV thanks to the assistance of Mickie James, it’d make all the sense in the world for the revived brand to give Miss Garrett a shot. This is the best chance for her to show off the skills that we rarely got to see during her WWE run. Her bright and bubbly demeanor is the perfect match for NWA’s colorful women’s division, is it not?