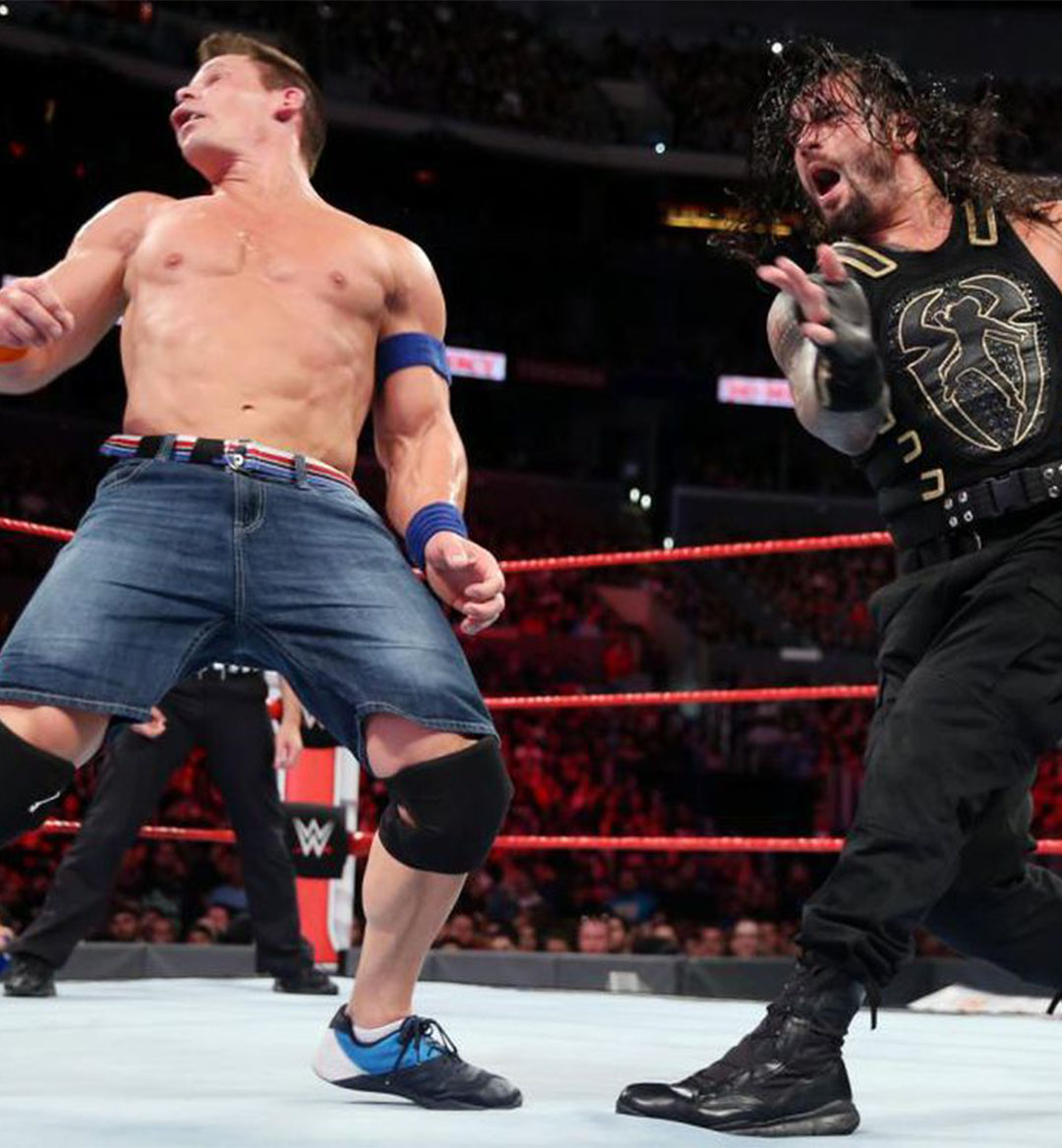 Now that WWE is heading back out on the road, fans are being welcomed back with open arms.

After seeing and hearing the presence of actual humans again during WrestleMania 37, it comes as no surprise that Vince McMahon’s wrestling juggernaut is looking to go big for their next marquee event. On Saturday (yes, you heard that right!), August 21, the rosters of Raw and Smackdown will converge in Las Vegas, Nevada. Reports from notable wrestling journalists have stated that the event will take place at the Allegiant Stadium - everyone will find out if that rumor is true once the announcement is made at the 2021 Belmont Stakes’ pre-show via NBC on June 5. For such a major return to a live audience setting for SummerSlam, WWE needs to book the biggest matches possible in order to make it worth their while.

The five matches listed below are tailor-made for this year’s installment of the “Biggest Party of the Summer.” You might as well go on ahead and announce these bouts ASAP WWE if you’re hoping to move those tickets as fast as possible.

Now is the perfect time to make sure this meeting of the former MMA giants clashes for the very first time. Bobby Lashley has been rebuilt into “The Almighty” world destroyer he was always meant to be, plus he’s enjoying a solid reign as the WWE Champion. Brock Lesnar’s been off the scene for a good while now and you know what they say - “Absence makes the heart grow fonder.” The best way to bring back Lesnar is by having him step to Lashley face-to-face on an episode of Raw that’s filled with loud and adoring fans.

Both men are presented as unstoppable beasts that have left countless bodies in their wake. Just imagine what would happen between these two once the bell rings - “Suplex City” would turn into “Suplex Country” real quick as both men finally got their hands on each other. It’d definitely be hard to pick a winner if this match actually got announced. All I know is this - fans in attendance would be more than pleased to watch Lashley and Lesnar go to war in the dream match that they’ve been dying to see for years.

Roman Reigns’ change into the “Tribal Chief” has done wonders for the guy, hasn’t it? His confidence is through the roof, he has the legendary Paul Heyman by his side, Jimmy & Jey Uso are backing him, and he just so happens to be the Universal Champion on SmackDown. Roman has run through all of the top contenders for his title thus far, so it’s really hard to pick someone off the blue brand that could be heated up in time for a match with the final boss of Smackdown by August 21.

Rumors say that WWE wants to book something monumental for this year’s SummerSlam in order to produce a sold-out stadium atmosphere. If John Cena has some time in his busy schedule to show up in WWE for a month or so, then he should step in to get a rematch with the man that defeated him back at No Mercy 2017. Cena bodied Roman on the mic once before - now that Roman’s become more confident with his promos, the back and forth talk between him and Cena could be extra entertaining. The second-ever meeting between two of WWE’s larger-than-life superstars is perfect for the marquee SummerSlam stage.

In this writer’s humble opinion, the very best match from WrestleMania 37 was undoubtedly Sasha Banks vs. Bianca Belair. The main event they managed to deliver on Night 1 landed right on the 5-Star Dave Meltzer scale for me. Both women pulled out some dope counters, told an awesome story through their impressive in-ring work, and had the crowd in the palm of their hands from start to finish.

Bianca came out on the end of that classic bout as the victor and the shining star WWE made her out to be. Since then, “The Boss” has gone quiet and disappeared from TV. That may be the case because WWE is making sure they build up fan anticipation for her grand return. And once she does pop back up, it needs to be in front of a crowd as she confronts Bianca and requests a rematch for the SmackDown Women’s Championship she lost back in April. Round 2 of one of the best women’s matches of 2021 needs to go down at this year’s SummerSlam.

Damian Priest has gained plenty of steam since his callup from NXT to Raw. He’s won the majority of his matches, been linked with Latino music megastar Bad Bunny, and even got to tag with the young artist at WrestleMania 37. Barring that horrid zombified lumberjack match from WrestleMania Backlash, Damian has been involved in the types of situations that paint him in a positive light. If WWE’s willing to go all-in on him sooner rather than later, then a midcard championship win should be in his near future.

Sheamus and his United States Championship immediately spring to mind as the sort of superstar-making challenge that Damian should take on. Sheamus has been on fire as of late thanks to his strong title defenses and penchant for putting on good to great matches with anyone he faces in the ring. I’m sure he’d be able to put on a satisfying contest with Damian in a battle of the big brutes over the US Championship. Allowing Damian to claim the title after competing in a crowd-pleasing match with the veteran in Sheamus sounds like a future banger in the making.

It’s still hard to believe that a healthy Adam Copeland is back in WWE. Edge returned at the 2019 Royal Rumble and has been involved in some major storylines thus far. The last time we saw him, he was getting pinned by Roman Reigns during Night 2 of WrestleMania 37. And just like Sasha Banks, Edge has stepped away from TV for some unknown reason. It’s become quite clear that WWE is biding their time with Edge and are in the process of bringing him back for something big once the fans also make their return.

When he eventually does emerge through his entrance smoke once again, it should take place during a pre-promo confrontation with Seth Rollins. Edge has a whole list of other young wrestlers he has yet to face - one of those guys is Rollins and now’s the time for both men to show us if they have the chemistry needed to produce some in-ring magic. Rollins never disappoints whenever he steps into the squared circle, so imagine what he could do with a rejuvenated Edge. SummerSlam has given us plenty of dream matches before - it’s time for another one to come our way via the long-haired greats in Edge and Rollins.