The Case for Intergender Wrestling

Some say it’s just ‘shock value,’ but intergender wrestling has a place in the pros. 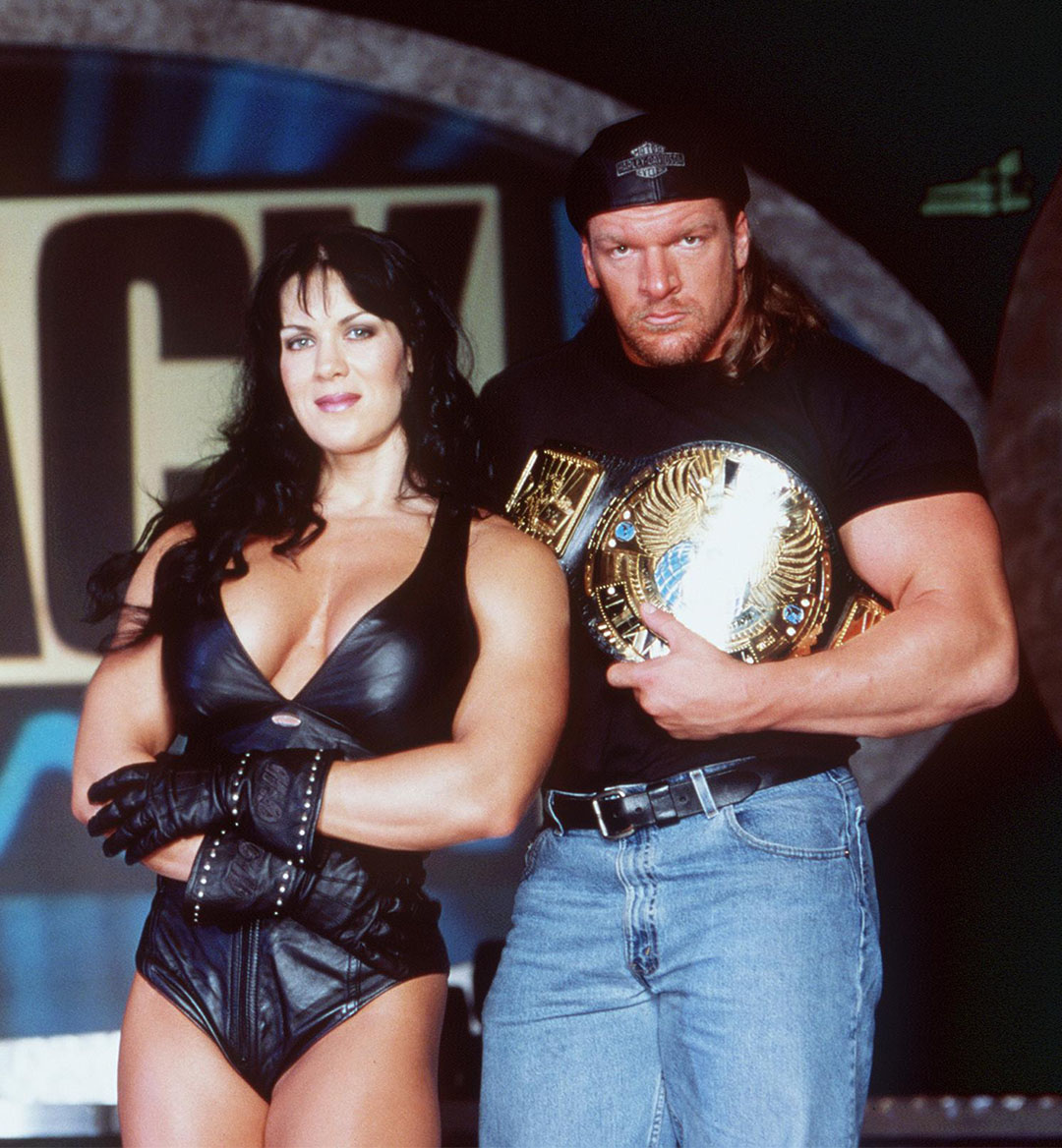 This past week, a debate about the future of gender in athletics was sparked when news broke that South African runner Caster Semenya would be forced to take testosterone blockers if she wants to continue competing in her sport. The policing of hormone levels in cisgender women raises all kinds of complicated questions regarding the future of how bodies will be regulated in athletics—but what seems clear is that the regulation of what is considered “male” or “female” was perhaps never as clear as so many believed it to be.

In pro wrestling, the topic of intergender wrestling has been a controversial one in the industry for decades. Because pro wrestling mixes elements of performance art and athletics, a space for more playful and experimental matchups between people of all genders certainly has more potential than in traditional competitions.

“There tends to be two different views on professional wrestling. One treats it as a sport, the other treats it as theater,” explains controversial pro-wrestler Joey Ryan, whose ribald character often finds himself entangled in sexually explicit cross-gender feuds. “I lean more to the theater sides of it...I look at it more like Star Wars or The Avengers, where we have lots of strong female characters.”

At pro-wrestler Stan Stylez’ Intergender Bonanza event in New Jersey on May 3, an exciting series of gender-inclusive fights were staged in front of a small but enthusiastic audience. These showcases, the third of which was held this weekend, highlight the possibilities of matches that feature a plethora of genders could potentially contain—if the wrestling world continues to be open to it.

“The sports enthusiasts think that [intergender wrestling] is promoting man-on-woman violence, that it triggers domestic abuse or that it’s just not believable,” explains Ryan.

While WWE has featured intergender wrestling in the past, especially in the late ’90s and early ’00s when the company was actively skirting the limits of taste and decency, the more recent push toward PG programming has narrowed the types of fantasy violence they are willing to depict. And although they had begun testing the waters of intergender fighting again in 2019, rumored pressure from sponsors may have already forced them to pull back.

When asked about the future of intergender wrestling in WWE, executive vice president of talent, live events and creative Paul Levesque (aka pro wrestler Triple H) once infamously derided the subgenre: “It’s just shock value. You don’t need it. When it’s done right, I do believe there is an exciting moment when it can happen, but it doesn’t need to be the standard,” he said.

“If someone wants to say intergender wrestling is a form of shock art—I don’t want to tell anyone how to feel or how to view something—but I would then ask why is regular, normal man-on-man or woman-on-woman pro wrestling not shock value as well?” Ryan says. “Because we’re reenacting fights and hurting each other. How is regular professional wrestling not shock art?”

What the critiques of intergender wrestling may reveal is that many wrestling insiders and fans have a deeply limited sense of the autonomy and ability of people who are not men: They tend to see femme-presenting people as perpetual victims rather than agential individuals with even a modicum of power. It’s difficult to parse through how much of the arguments made against intergender wrestling are just patently bad-faith sexist rhetoric in disguise.

In the underground, intergender wrestling has become increasingly popular and can be seen in more and more indie federations. While most fights at the Intergender Bonanza played up bawdy sexual humor for laughs, the matches were nonetheless sometimes rather serious as well, and the audience willingly played along with prepackaged wrestling tropes regardless of the gender of the competitors.

If what the performers were in fact going for was shock value, they seemed to have fallen somewhat short: Although highly entertaining, the fights were no more or less lascivious than a screening of The Rocky Horror Picture Show. Meanwhile, other leagues, like Chikara out of Philadelphia, havepresented intergender wrestling in a much different, more family-friendly way: Across their tag and singles divisions, women and men compete with and against each other, but the brawlers never use spots that draw attention to their gender or sexuality—not even in humorous ways.

Furthermore, wrestling has seen a massive influx of LGBTQ talent in the past decade, some of whom simply don’t fall into binary categories of male or female. At the Intergender Bonanza, openly queer pro wrestler Jamie Senegal flirted with Joey Ryan indiscriminately during the main event match, expertly mixing femininity and masculinity in his move set and presentation. How will athletes like Sonny Kiss or Still Life with Apricots and Pears, who don’t conform to typical gender norms, be depicted in terms of fighting in the future if we aren’t more fluid with our ideas about gender? Do the same debates about domestic violence even apply to individuals outside the binary? And how will fans embrace them?

“There have probably been gay wrestlers for years and years, but now it’s more accepted. It’s not looked down upon, it’s not shunned,” says Ryan. “Most gay characters, historically, have been presented as bizarre or using their sexual identity as a means to confuse or hurt their opponent. With the acceptance of [the LGBTQ community], there’s a new audience.”

From the outside looking in it certainly seems like advancements made by women and queer people in wrestling have changed the ways performers relate to each other both in and out of the ring—but Ryan maintains that it’s not necessarily the case for the performers themselves.

“To me, I don’t see gender when I wrestle anyway,” says Ryan. “Obviously, my character plays it up because he’s a sleazy bad guy. He does crude acts to women to try to humiliate them—but that’s just building the story for the comeback, for them to be the hero. When I put together matches, I don’t ever really put gender higher above anybody’s size. Whether I’m wrestling someone who’s 5'4" and 130 pounds or someone much bigger, I look at more of the character differences or the size differences.”

What makes intergender wrestling particularly fascinating is that it plays with expectations about gender in exciting ways. To many fans, it’s simply more interesting to see smaller femmes overtake their larger butch opponents. It’s a readymade underdog story, the trope of which is one of the most fundamental narratives of pro wrestling. Similarly, the villainous heel archetype can be queered in fresh and compelling ways if audiences are able to let their ideas about what makes a person evil expand beyond traditional gender stereotypes.

“Professional wrestling itself is leaning much more toward the artistic and creative performance aspect, not so much the machismo or the jocks or the bodybuilding types. There’s room for a variety of different talents,” Ryan concludes. “As far as I can tell, it’s been accepted not only in the wrestling community but by the fans. We want everyone to be included.”