Did You Know That These Celebs and Entrepreneurs Own Soccer Teams?

Both at home and overseas, some prominent athletes and celebrities have sizable team stakes 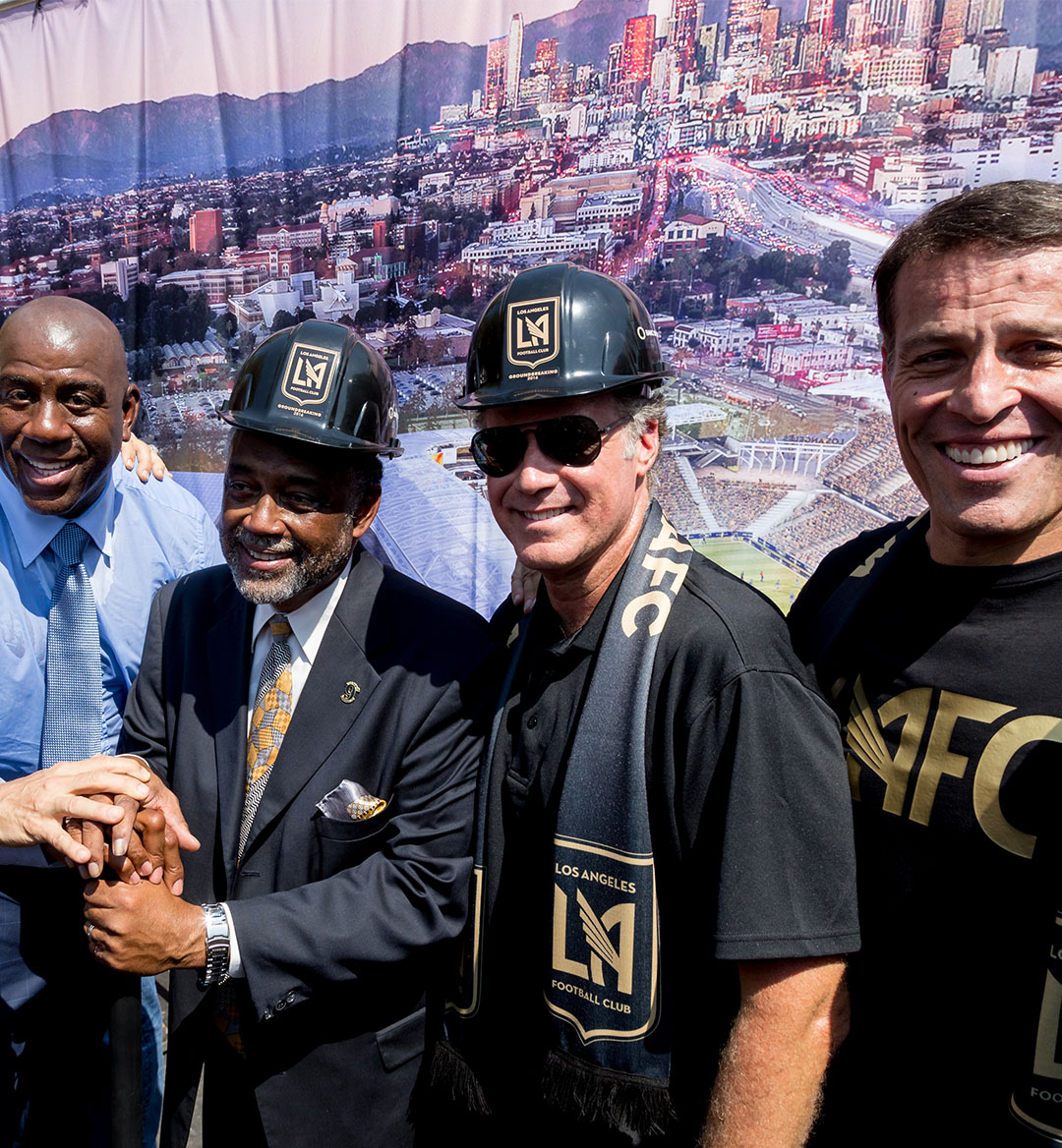 Soccer is widely known for its superstar players. But the world’s most popular game has its fair share of superstar owners too.

Over the past decade, celebrities and athletes alike have jockeyed for ownership positions as soccer expands its global footprint. The game’s popularity is surging in America, and not just because of MLS. As the visibility of global leagues like the Champions League increases in the U.S., so has the interest of American investors like John W. Henry (who owns part of Liverpool FC) and Stan Kroenke (who owns most of Arsenal).

But there are also some prominent athletes and (non-billionaire) public figures involved that you might not know about. This is a roundup of the most notable.

LAFC has an all-star ownership lineup. The list includes Magic Johnson, Nomar Garciaparra, Mia Hamm, Allen Shapiro, Chad Hurley (cofounder of YouTube) and Vincent Tan. But the two names we want to highlight today are Tony Robbins and Will Ferrell, as they are also on board as co-owners of the club.

Robbins is one of the biggest motivational speakers in the world, and you know he’s going to be giving some insane halftime talks when the team is losing. When making his announcement of becoming part owner of LAFC he stated, “It’s going to wow people beyond their imaginations. I’m just proud to be a part of it. This is going to be the team that everyone’s going to talk about.” Will Ferrell made his announcement in his traditional comedic fashion by sneaking into the official press conference for one of LAFC’s first announcements. He even admitted that he did it as a joke, but then a serious offer came along that he couldn’t refuse. Ferrell is known for his comedy, and his hit movie Kicking & Screaming is an all-time soccer classic. Ferrell has always been a fan of the sport and proves it time and time again by showing up to every home game and even jumping around in the supporters section.

LeBron James became a part owner of Liverpool Football Club back in 2011. James received a 2% stake in the club when his marketing firm agreed to a joint venture with Fenway Sports Partners. According to Bloomberg, James’s $6.5 million stake is now worth about $32 million. ESPN’s Darren Rovell also reported that Liverpool had risen tremendously in value since Lebron’s initial investment, rising to $1.49 billion. Liverpool is currently one of the top clubs in the English Premier League and is competing with Manchester City for the title as well as playing in the quarterfinal of the UEFA Champions League.

Diplo is one of the most talented and popular DJs in the world. From collaborating onsuccessful projects such as Major Lazer and Jack Ü to performing at the most popular music festivals around the globe, such as Coachella and Ultra, he has done it all. Because he has constantly traveled the globe throughout his music career, there’s no doubt he found several influences of the sport within the countries he’s lived in. “I see soccer the same way I see music, as a connective tissue linking the world’s cultures,” Diplo said at the time. He leads a group that purchased a minority stake in Phoenix Rising FC, which currently plays in the USL Championship, the second tier of U.S. Soccer.

Of the people on this list, Steve Nash is the only owner who had the potential to play at the professional level.  As a kid, Nash was insanely talented at both soccer and basketball, but heopted to pursue the latter. Nash retired from the NBA in 2015 and already had experience with ownership, thanks to his minority stake in the Vancouver Whitecaps FC since 2008.

You may recognize Drew Carey from the hit game show The Price Is Right, but Carey is also an owner of the Seattle Sounders FC and serves as chairman of Sounders FC Alliance, the club’s member association. Carey is a true fan of the sport and loves the passion that stems from the fans.

“The fans are it here, man. It’s all about the fans. One of the things that bugs me about other American sports: You go to a basketball game and they, like, tell you when to chant. It’s all corporate,” Carey told Vice in 2015. “This all comes from the fans. I honestly wish the [NFL’s] Browns had this. I wish every team in Cleveland had this.”

The Seattle Sounders won their first MLS title in 2016, a historic day for the club and Carey himself.