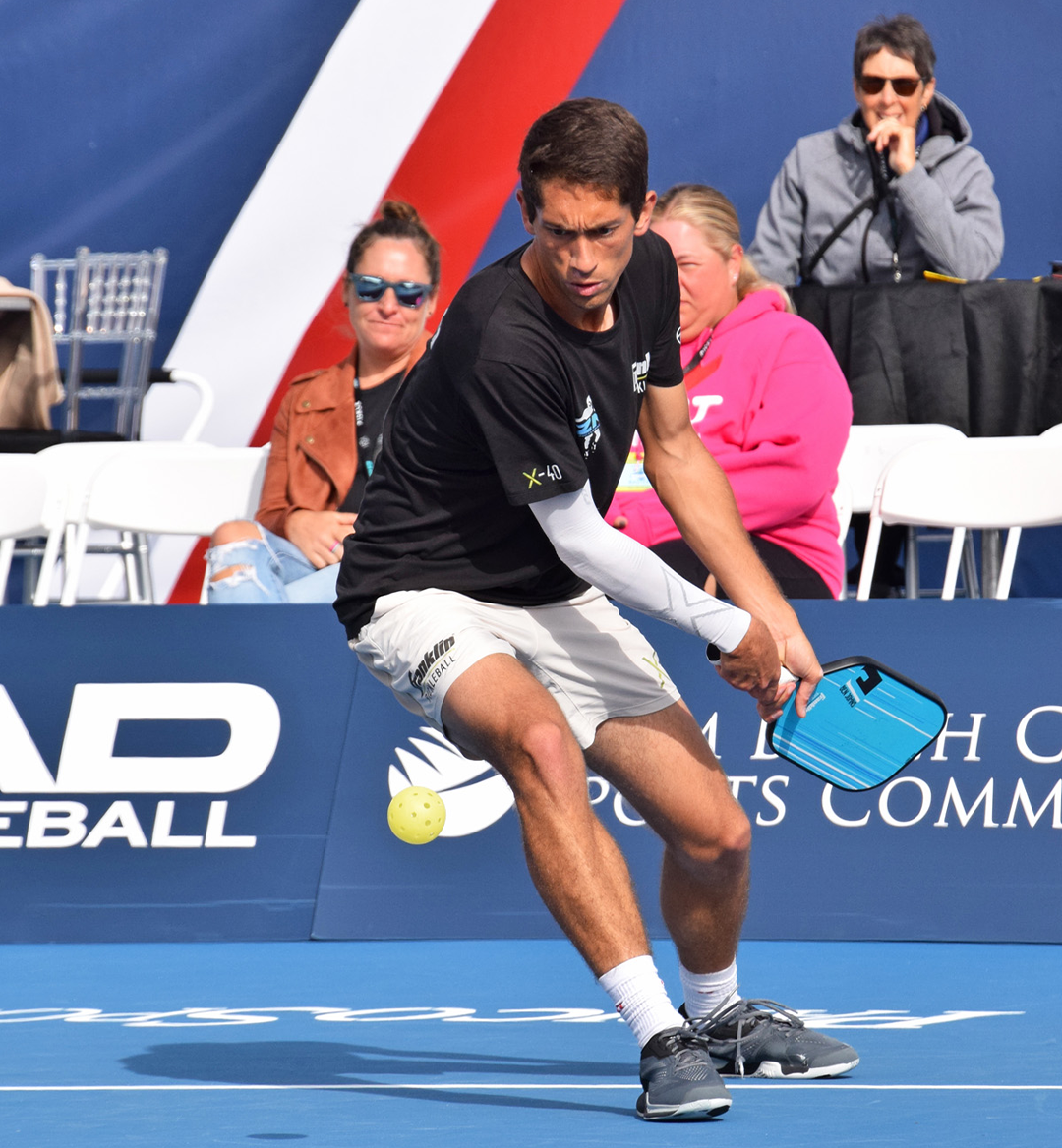 Despite the starry TV specials and breathless Vanity Fair features, pickleball is still very much in its infancy as a major professional sport. While there is a rapidly growing subset of pickleballing stars, even the best players seem more human than superhuman. Right now, pickleball and its assortment of splintered tours are like the NBA in the 1950s or MLB in the 1940s, just reaching the moment it became viable to be an athlete full-time. And just as NBA Hall of Famer Paul Arizin spent his offseasons at a scrap metal company or Yogi Berra was a part-time waiter at an Italian restaurant with Phil Rizzutto, Zane Navratil—the number two men’s pickleballer in the world—was an accountant as recently as summer 2020.

A former Division III tennis player at University of Wisconsin-Whitewater, Navratil worked as an accountant at Deloitte’s Milwaukee branch for two years after graduating from college in 2018. It was a good job, but the demanding hours made serious pickleball training difficult; during his years at Deloitte, Navratil was forced to find time to practice before heading to the office, often waking up at 4:30am to get a full workout in. So he quit, leaving behind a comfortable, secure job to explore the wilderness of professional pickleball.

Since turning pro in July 2020, Navratil has established himself as one of the best—and most controversial—players on the tour. Namely, he pioneered the Chainsaw Serve, a new technique to generate more topspin on his serve, angering the sport’s traditionalist and gatekeepers. Amidst the imbroglio and outrage regarding the Chainsaw Serve, Navratil quickly rose through the rankings, now sitting as the #2 ranked men’s player in the world behind Ben Johns. As such, Navratil is probably the best active athlete in the world who can also calculate amortization rates.

Last week, ONE37pm talked to Navratil about his pickleball journey, his innovative style and which Atlanta rapper serves as his biggest influence.

ONE37pm: When did you start playing pickleball?

Zane Navratil: I played for the first time in 2013 when my dad brought me to a community center in Racine, Wisconsin. Besides me and my dad, the only people playing there were senior citizens. And they kicked my butt. I got my butt kicked by a bunch of old guys in their 60s and 70s. For reference, their names were Lyle, Harvey and Al—I don’t know a single person in their 20s with any of those names! At the time, I had already won a Wisconsin state championship in tennis and was going to play tennis in college and yet I still got crushed by these old dudes. It made me realize there’s a lot of intricacies to this game and I fell in love with it.

ONE37pm: When did you start taking pickleball seriously?

Zane Navratil: After I graduated from college in 2018, I started taking pickleball a lot more seriously. I was working as an auditor for Deloitte in Milwaukee and I ended up working really long hours, so I was waking up at 4:30am in the morning to go hit on a gym floor from 5:30am-6:30am before work. Around April of 2020, I started teaching pickleball classes—I was bored from sitting inside my house all day long and so if I couldn’t get some practice in, I decided I’d teach a couple of lessons. Pretty quickly, my schedule started filling up, so I started adding more slots after work and it got to the point where I couldn’t take any more. On a per-hour basis, I was making more money doing lessons than I was at my real job,. I was also playing a couple of tournaments and doing pretty well and I realized that this could really be something. This was a time-sensitive opportunity, so I pulled the trigger. You can always go back to auditing, but you can only be a  pro athlete for so long.

ONE37pm: What is the Chainsaw Serve?

Zane Navratil: The Chainsaw Serve is basically a way to impart more top-spin on your serve. One day when I was training with my hitting partner, we realized it  easier to put more spin on a pickleball when it’s already spinning; the spin on the ball is going to cause a really big change with the way it contacts the paddle. With the new rule changes in 2021 that allowed you to serve the ball from your paddle to avoid handling the ball, I experimented with rolling the ball off the paddle to generate more spin.

ONE37pm: Why was this so controversial?

Zane Navratil: I think it’s controversial because it looks scary—the first time you see it, it’s startling and hard to figure it out. If I hit a “normal” serve to you, I bet you could return it, but I’d almost guarantee you’d have no chance the first few times if I used the chainsaw serve against you. Even though everybody has adjusted to the chainsaw serve and I provided data that was backed up by data and hours of film research that the chainsaw serve didn’t provide a big advantage, some people still have the idea that the serve is not supposed to be a weapon in pickleball. I don’t really agree with it, but there’s this sentiment that the serve is just supposed to be a means to get the ball in and start the rally; when I started coming out and being extremely aggressive by putting all this spin on the ball, people thought I was somehow changing the fabric of the game.

ONE37pm: Why do people call you "Gucci?"

Zane Navratil: Back in high school, I really loved puns; I created a Twitter account with the handle Waka Flocka Zane and my Snapchat name was Kim Jong The Illest. When I set up my first Instagram account, I went with Gucci Zane. I hardly ever use that account anymore, but my buddy found out about it and started calling me Gucci as a joke and it just grew from there.