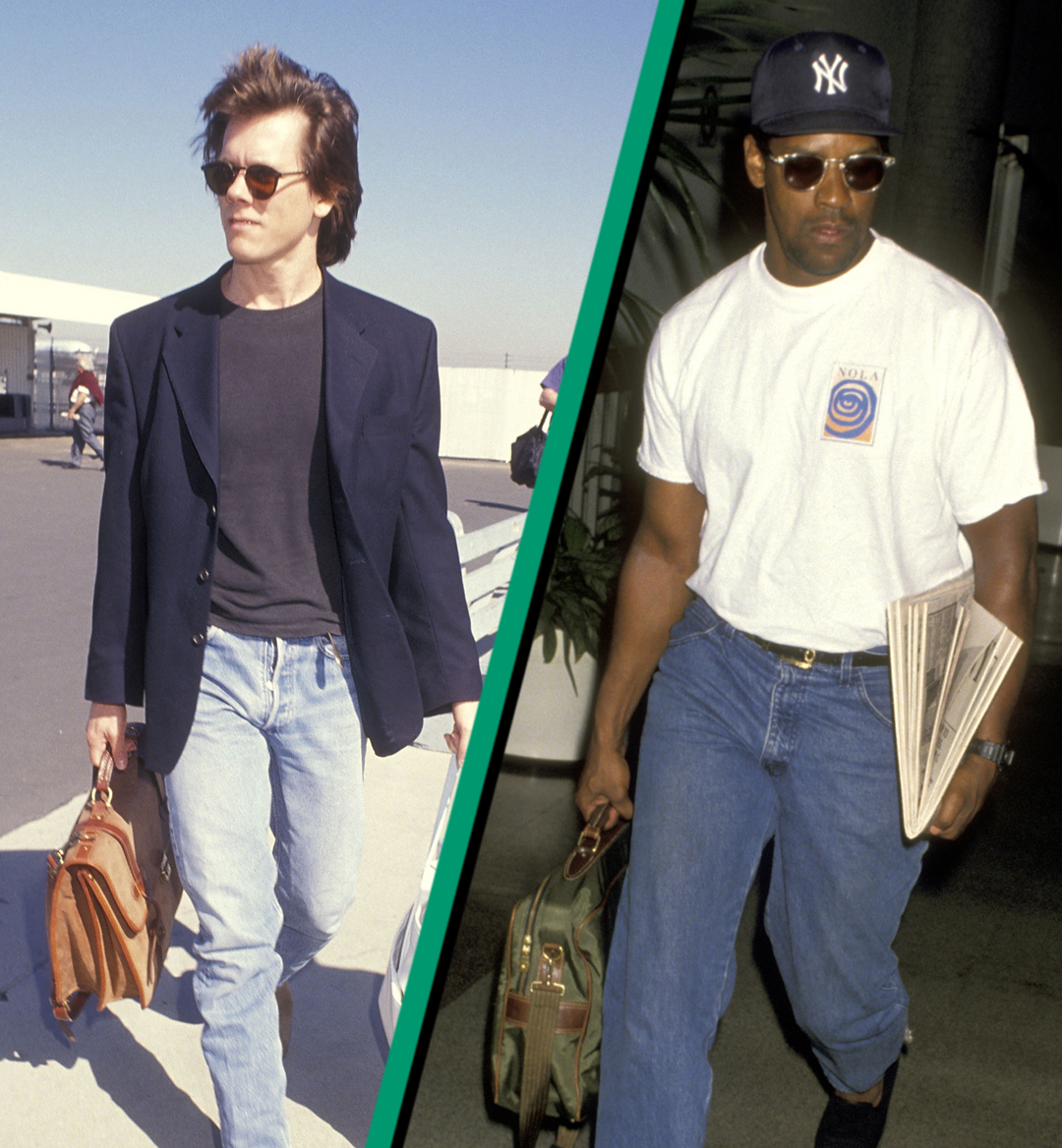 The airport is fashion’s second runway. It’s a climate-controlled safe zone where a celebrity’s ‘fit can be experimented with and forgiven (travel!) if an outfit doesn’t fly. When it does, however, like the time Kevin Bacon glided out of LAX in February of 1991 in shades and suede chelsea boots (above), it can become a lasting image burnt into the retinas of pop culture.

Besides, now that enough time has passed for the ‘90s to be back on trend, these images have a renewed sense of worth. It was a time of peak Hugh Grant and young, suave George Clooney turning heads on the tarmac. Coincidentally, these outfits would work just as well today. Case in point: The airport terminal has become a baggage carousel of new style stars as of late, including Post Malone rocking a loafer, Robert Pattinson sporting a hot track pant, Aaron Taylor-Johnson in a velvet sweatshirt and Timothée Chalamet earlier this year in purple socks.

Yet only 4 percent of published paparazzi photos are taken at the airport, according to a white paper published by the University of Copenhagen in 2014. A total of 4,737 photographs were surveyed and categorized from the ten most visited entertainment outlets (including TMZ and People) over the course of three weeks and distilled into chilling data. Compare that aforementioned 4 percent figure with the 31 percent of images that are taken in the street. Though its share of the larger paparazzi pie is small, there is a significant cottage industry that has cropped up around the celebrity airport snap. Most recently, nascent style icon Harry Styles strolled through Tokyo’s Narita airport in cream Gucci trousers and carried a $4,890 Tom Ford weekender bag. It was written up in Vogue. (He was not personally styled for it.) 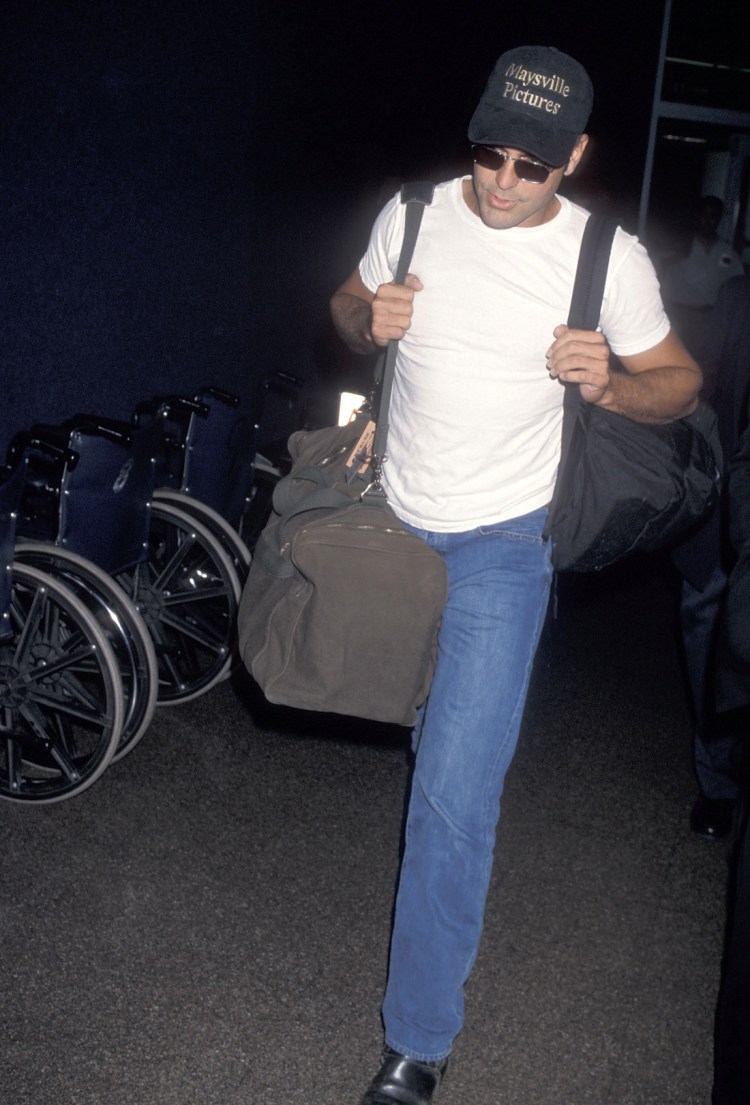 Airport style has long been a thing for female celebs; wearing human clothes to walk through an airport to your taxi is a dead cert for press coverage. For one, paparazzi can hang out there and essentially guarantee the sighting of a VIP deplaning, without having to move, and a public washroom and decent snack food are always close by. Furthermore, people love boring shit.

“Paparazzi photography is predominantly characterized by a discourse of ordinariness, firmly rooted in and contributing to celebrity culture’s tension between the ordinary and the extraordinary. This presents us with an intriguing paradox of a widespread genre of visual celebrity news, which contains limited newsworthiness in terms of conflict and sensation, with inconspicuous framings of celebrities seemingly caught unaware in a moment of privacy and self-absorption while shopping, picking up their children from school, exiting gyms, passing through airports, etc.” the paper details.

It’s difficult to trace when airport paparazzi photos were proposed as something the hoi polloi would be interested in consuming. However, one Los Angeles Times article cites LAX becoming a hotspot for tabloid snappers as of 2008. “With the paparazzi ever on the lookout for new places to corner celebrities, Los Angeles International Airport is becoming their new feeding trough,” it reads. Similarly, a style column in People called “Stars' Airport Style” looks to have kicked off in 2008. StarStyle began publishing airport-related content as early as 2006. 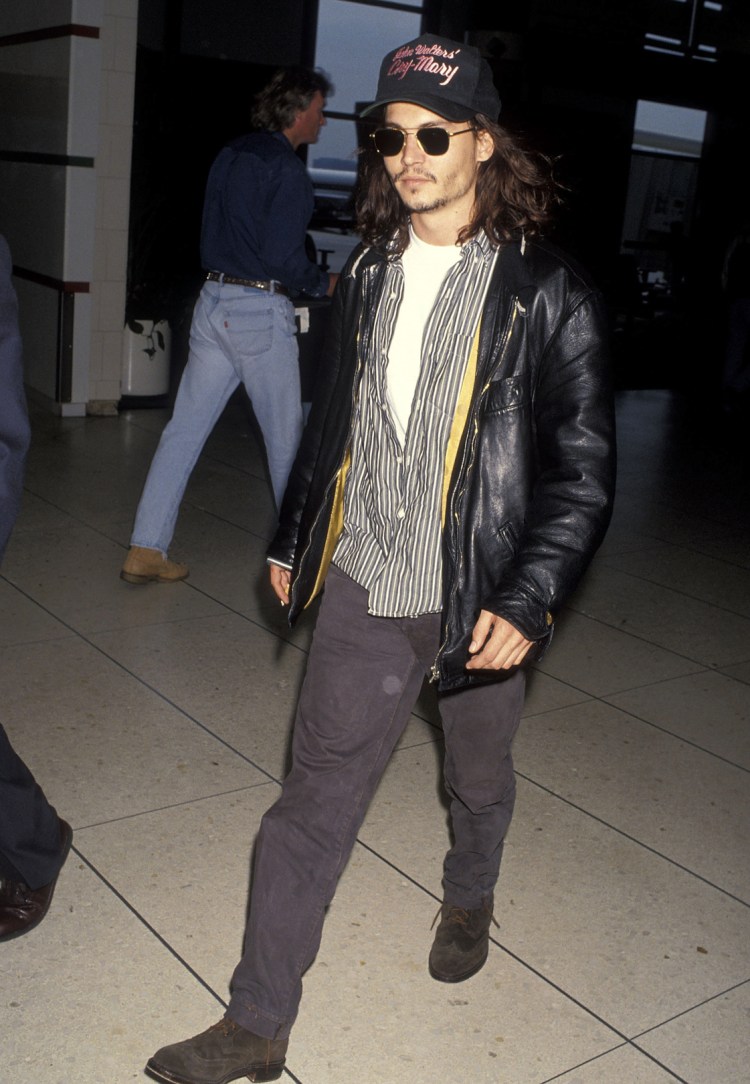 Now, celebrity stylists are planning for these opportune moments by choreographing outfits that can probably be changed into on private planes so that their client is looking fresh for baggage claim. “Before Kendall, I’d never planned an outfit for the airport. Now I feel like it’s the norm,” stylist Marni Senofonte told Elle. "The beauty of an airport look is that it's all about a pared down, effortless and accessible style," PR exec Heather Magidsohn said in an interview with Fashionista. "An airport shot can be evergreen, therefore every time the media is doing round-ups on how to achieve 'airport chic,' the right look on the right talent runs, which equates to more brand mentions, links and ultimately sales."

For dudes, airport style has become somewhat of a newer movement. It’s still, shall we say, up in the air. But one thing is certain: Celebrity stylists are definitely cluing in to moments created by airport sightings and are styling their stars in the freshest Kith and Gucci as a result. Though Timothée Chalamet famously rebuffs the employment of a personal stylist, many famous men are capitalizing upon a stylist's services—even for an appearance as innocuous as an American Airlines flight check-in. These images of guys in fine garb, lugging carry-ons worth more than a small boat, are definitely evergreen, which is why a photo of Mick Jagger from 1980 or Hugh Grant from 1995 still incites lady boners. This so-called “ordinary” content—our modern matinee idols stepping out in sharp-tailored attire—has now been elevated to levels of “extraordinary.”

How Melody Ehsani Has Built A Fashion Empire