We're celebrating the life and legacy of Babygirl 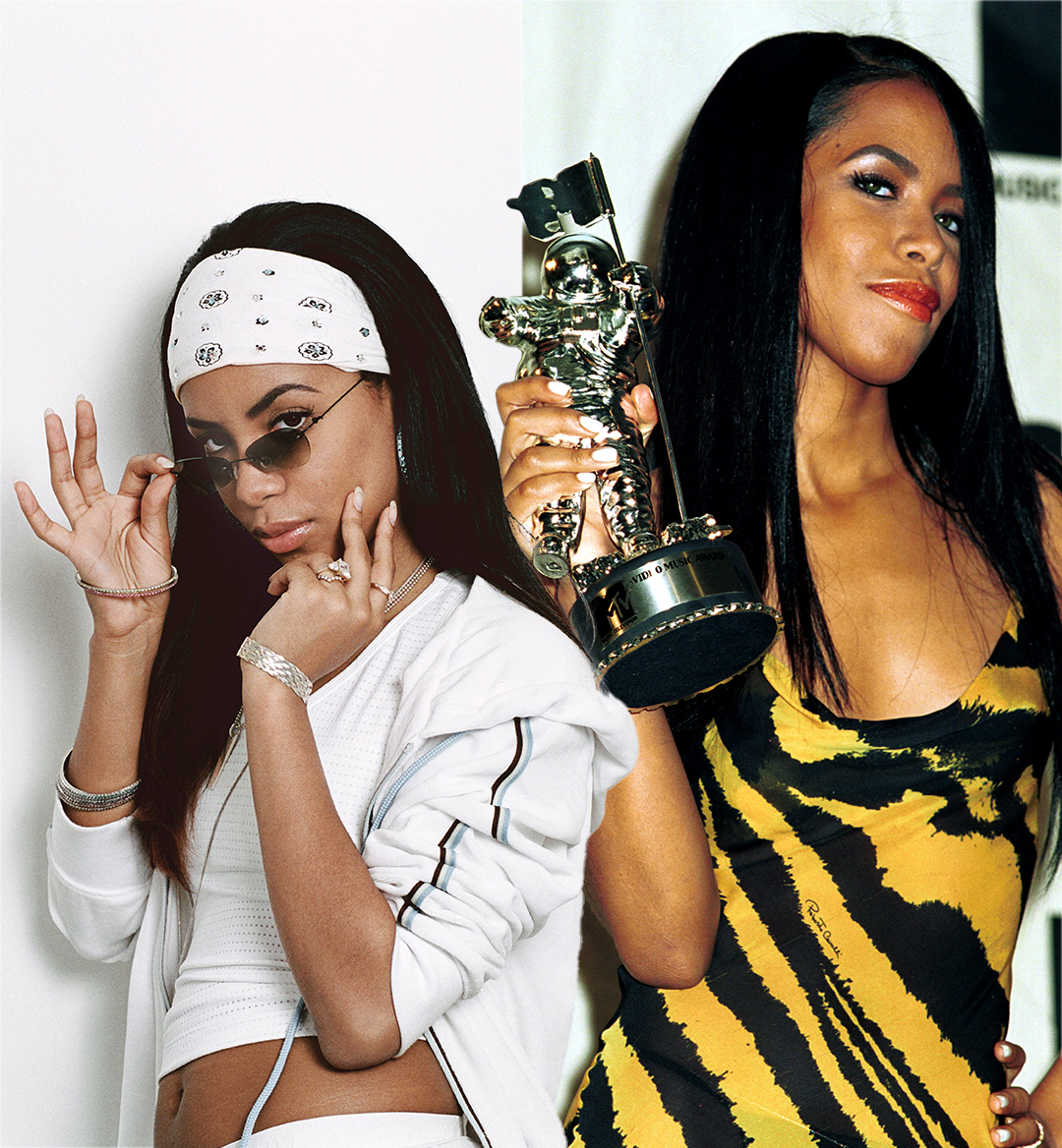 Aaliyah. The LIYAH. The streetwear gangsta R&B princess that could grab your attention whether she was wearing a tracksuit, bandanna, and a pair of Nike’s, or a dress and heels (which she only really began wearing semi-regularly the last year of her life). 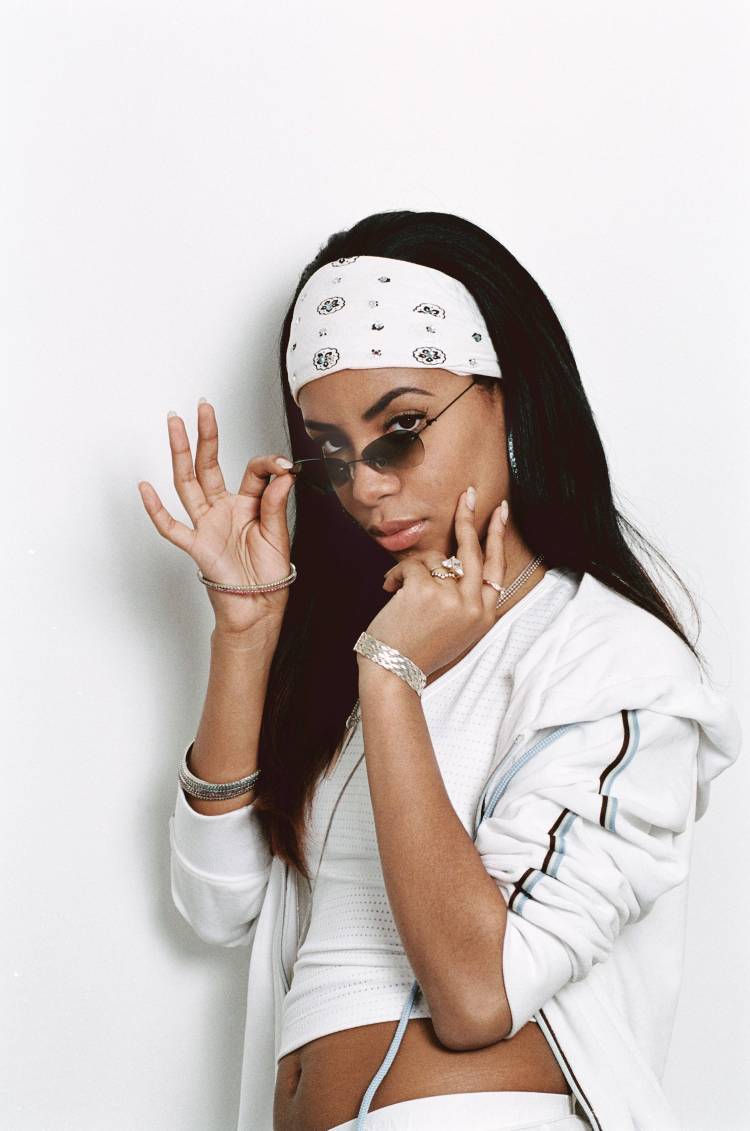 Sure Aaliyah wasn’t the first to ditch girly-girl fashion of the 1980s and early 1990s. TLC made their debut wearing oversized baggy clothes and have never strayed away from that. Mary J. Blige, Salt-N-Pepa, and a few others were rocking urban streetwear heavily as well, but like with everything else, Aaliyah aka “Babygirl” put her own spin on it.

Liyah’s fashion sense and personality was commonly referred to as “street but sweet,” and despite only living 22 years (only seven of which were a part of her professional career), her style is still heavily referenced and copied today. As we reflect on her life today, here are some of her best looks and most influential outfits. 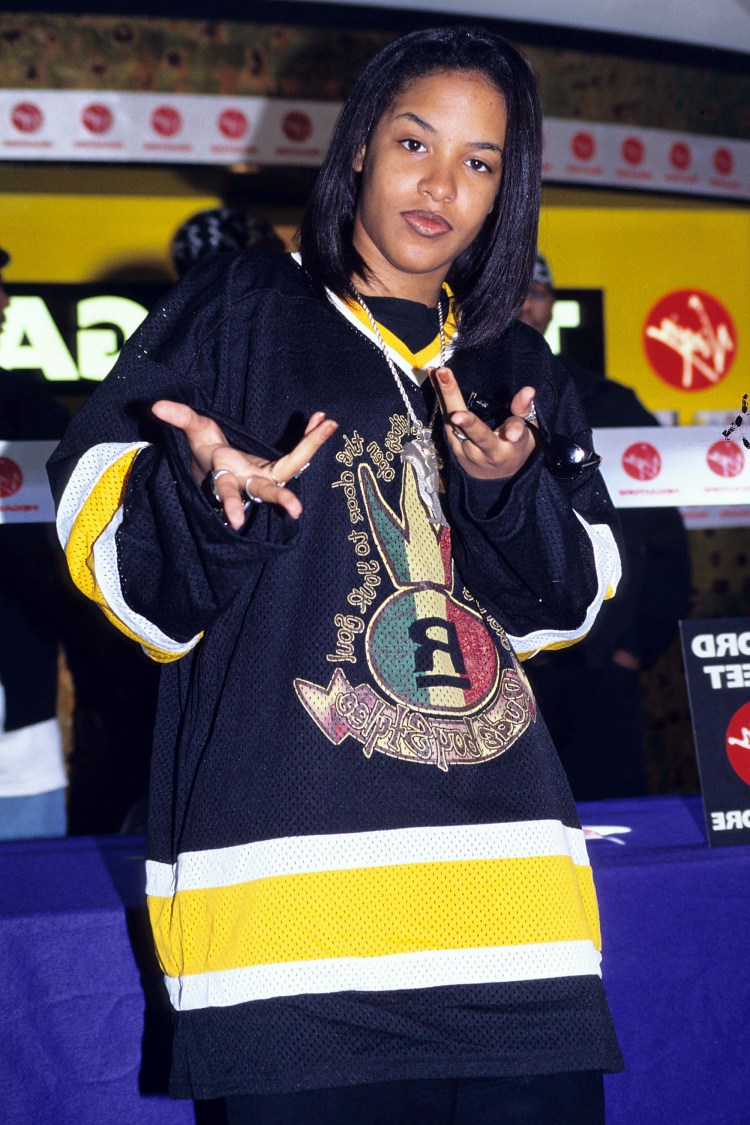 This is how we were introduced to Aaliyah in 1994. The then 15-year-old was known for wearing hardly any makeup, and baggy clothes which oftentimes included football and basketball jerseys. 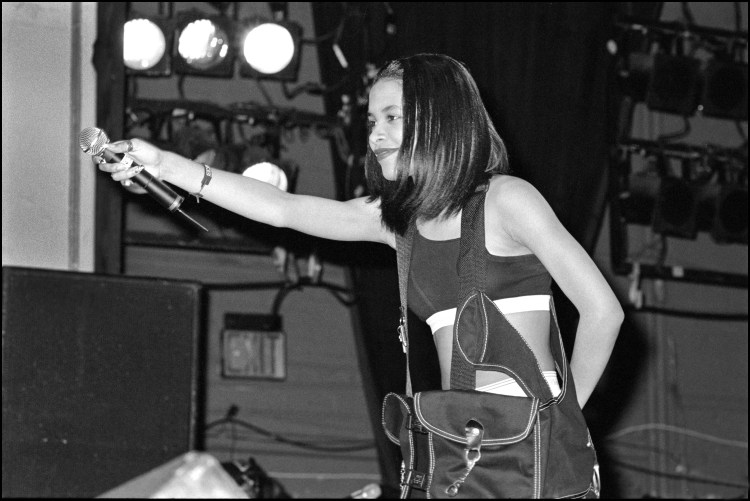 And when she wasn’t wearing jerseys, she would wear overalls with a bralette underneath. Like we said before, “street but sweet.” 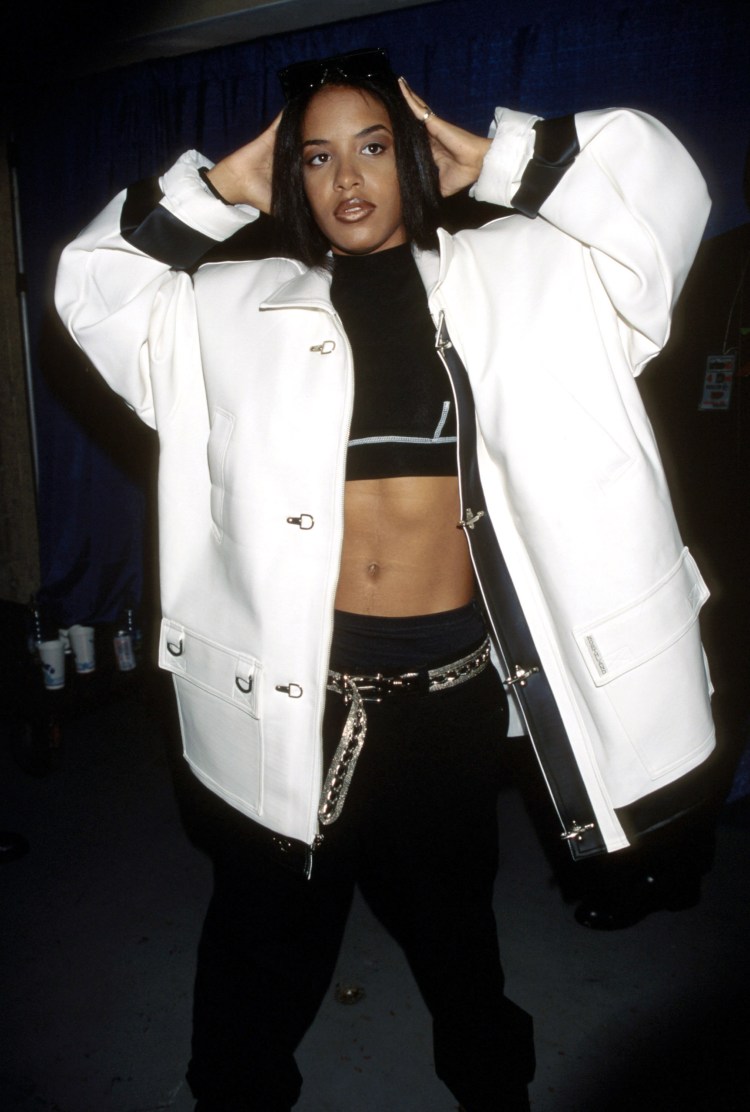 Oversized jackets and crop tops were also a part of the singer’s regular wardrobe during that time period. 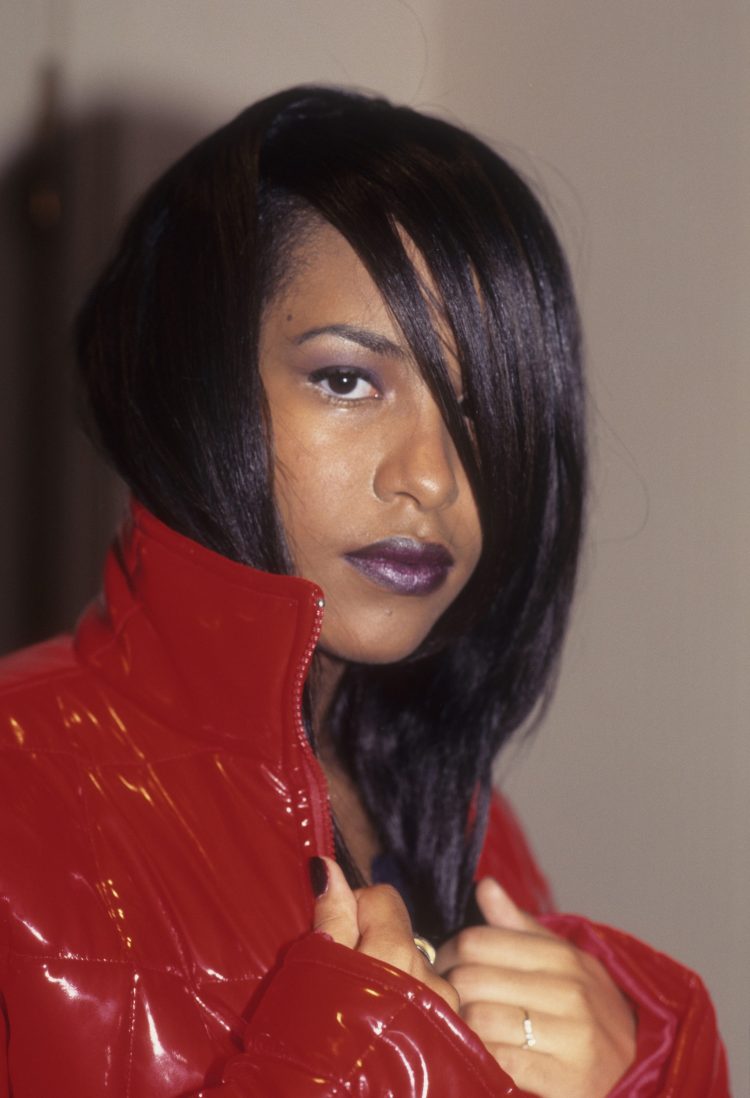 1996 saw the release of Aaliyah’s sophomore album One In A Million, where she debuted a new look and sound. This era sparked the beginning of Aaliyah famously wearing her hair over her eye (which added to her appeal and mystery), while introducing the leather motorcycle looks she would become later associated with.

If You’re Girl Only Knew

The first single from the album, “If Your Girl Only Knew,” was the first video where she rocked the biker look.

One In A Million

The third single, “One In A Million,” had multiple iconic looks as well. 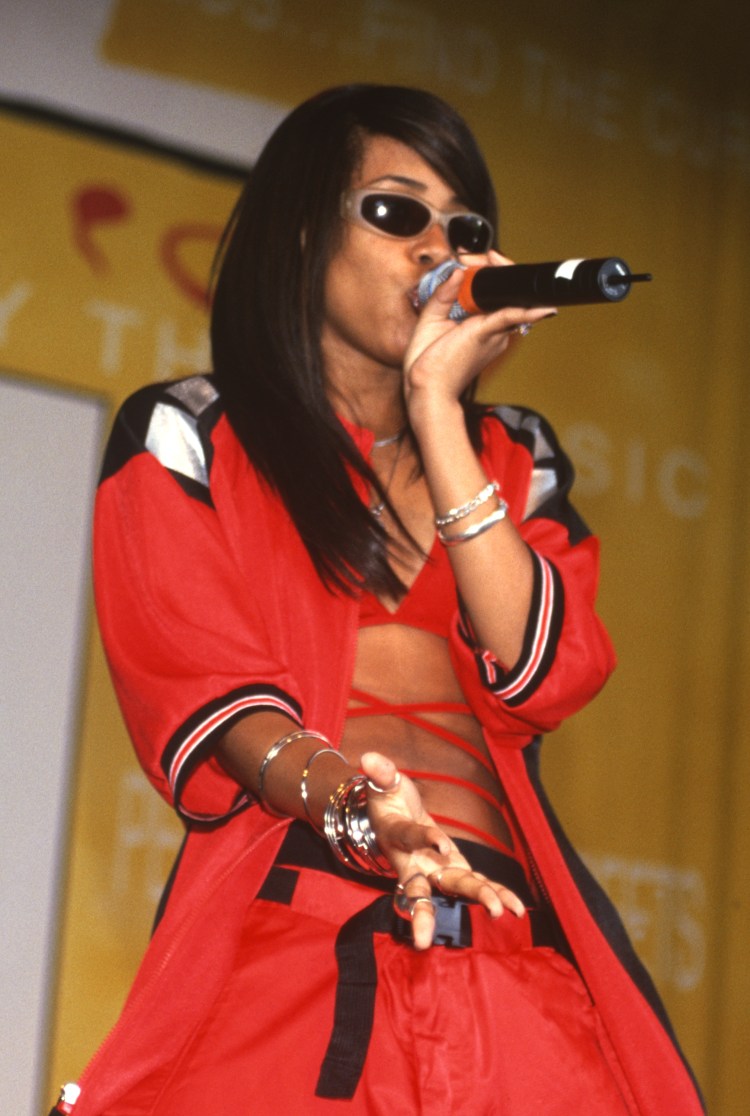 We can’t think of anyone else that was wearing a bikini top underneath a tracksuit before Aaliyah. The trend bathing suit tops with jeans, skirts, etc., would become popular at the start of the new millennium, by like a true trendsetter, by then Aaliyah had already ditched it.

Aaliyah became one of, if not the first, R&B acts to land a major streetwear deal as a brand ambassador when she signed with Tommy Hilfiger in 1996. This right here changed the culture. Young Black people weren’t really wearing Tommy Hilifiger like that before Aaliyah became an ambassador.

In fact, young Black people are still buying Tommy Hilifiger today because of her. Below are some pictures of Aaliyah repping the Tommy Hilfiger brand. 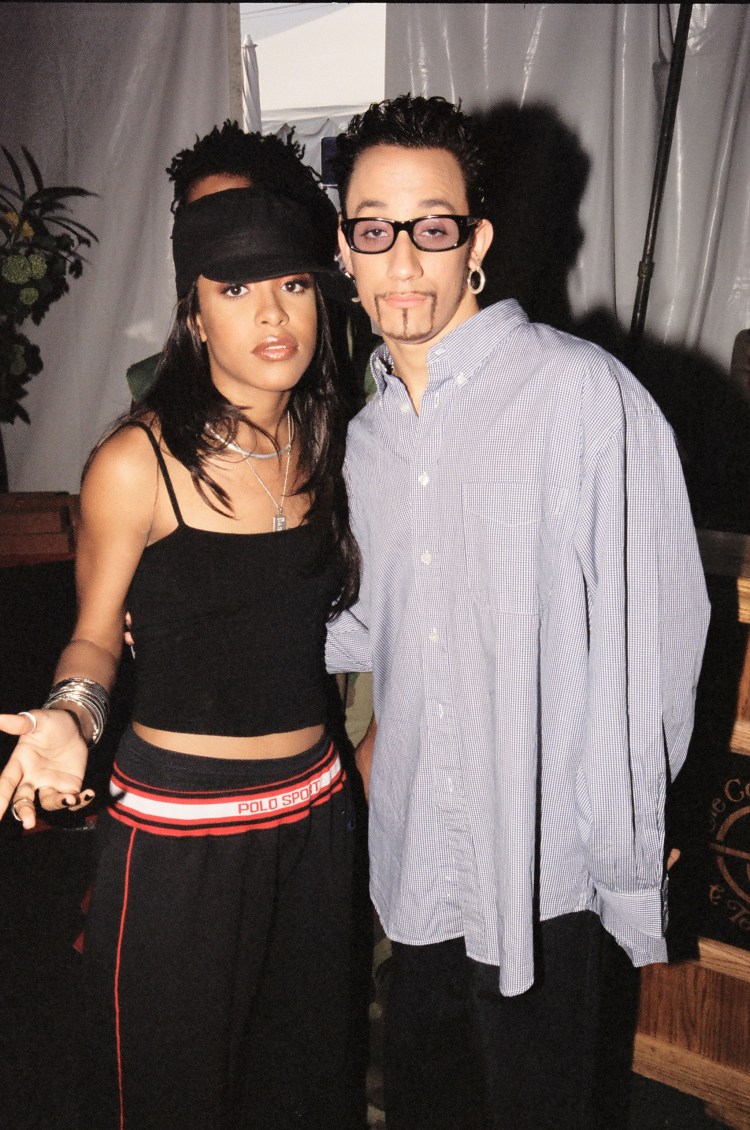 We also have to appreciate simple looks like these where she would pair a cami with some joggers and pull up to the red carpet. 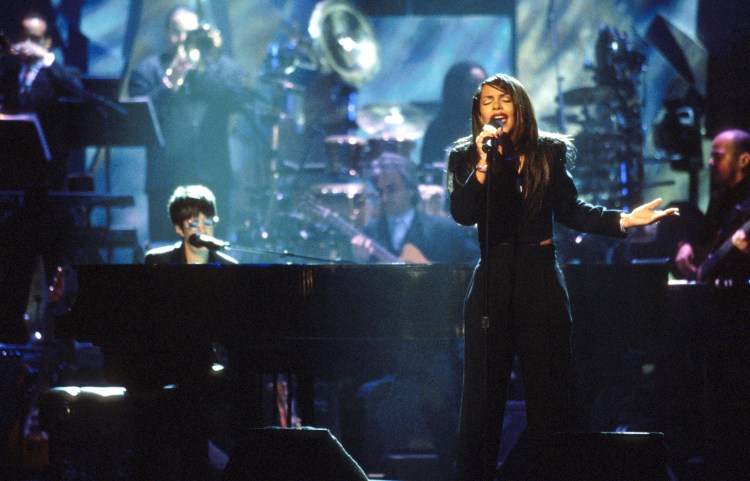 And while streetwear was her thing, she also showed us that she could wear a blazer with fitted pants while still capturing a signature Aaliyah outfit.

“Are You That Somebody” has a case for being Aaliyah’s most popular video from a style standpoint. From the hair, to the makeup, to the outfits. For a lot of people, this video was the first time they had ever seen Aaliyah wear a skirt and heels. She sure did shock a lot of people at the end of this vid. 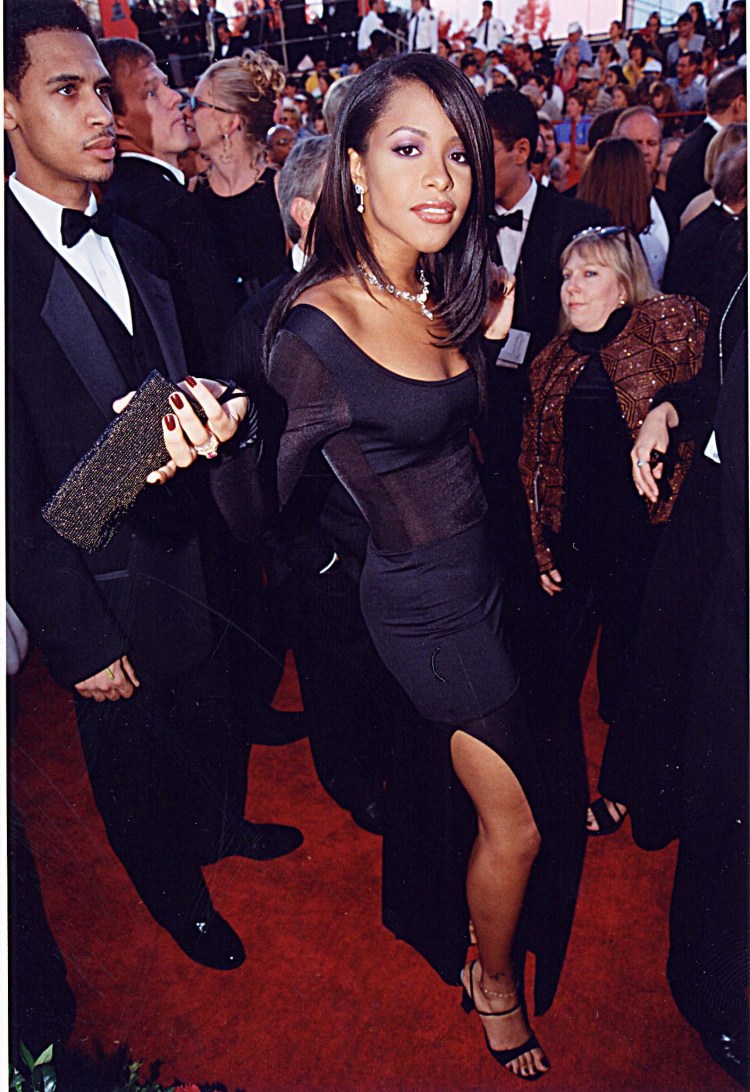 In 1998, Aaliyah became one of the youngest people to ever perform at the Oscars, and she did so in an elegant black dress with the slightest slit on the side. That was Aaliyah, simple but sexy. 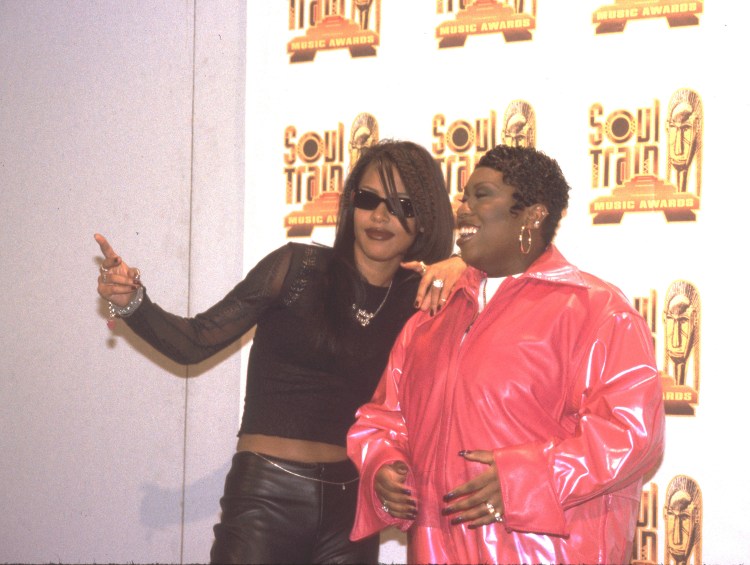 And she was also really cool too.

What many consider to be Aaliyah’s most legendary look. The Cleopatra makeup paired with the silver sequin bralette and leather pants is still recreated to this day. In an era where people were donning multiple looks in their videos, Aaliyah proved that she could do one wearing just one look and still make it memorable. 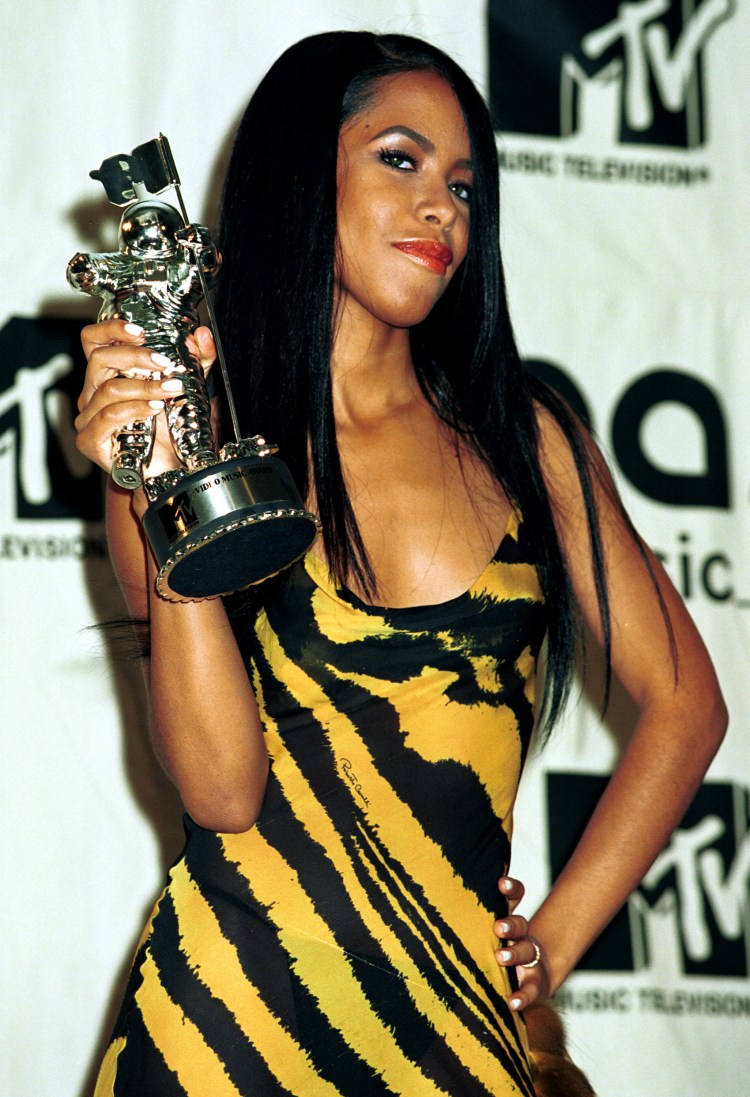 The year 2000 is where we saw Aaliyah’s style change again. Though she never left her street looks, she did begin wearing dresses more often. The 2000 VMAs is one of her best red carpet outfits.

The video for “Rock The Boat” was a culmination of what we were beginning to see fashion-wise from Aaliyah. You had her signature street style with the green screen water background which featured her wearing a cropped white top, denim capris, and Air Force 1s. Then there was the girly Caribbean look filmed on the beach where she wore the red crop top and sarong.

Then you had a mixture of the two with her second beach look which featured a sailor hat, a red cropped mesh long sleeve top paired with a yellow bralette, and denim shorts overtop of red leggings. You also had the black dress she wore in the underwater scene, and the white crop with the matching capris for the boat scene.

It’s everything Aaliyah had evolved into as a young woman and artist, and it’s a beautiful sight to see.

We will always remember Aaliyah, and what she brought to the world of music, movies, and fashion.

Grand Collection Winter '22: Immaculate Skatewear for a Good Cause

Everything We Loved From Paris Fashion Week SS23

Get Your Daily Dose of Sneaker Content with TikTok's Steve Natto

Time to Bundle Up: The 26 Best Winter Hats for Men