Sitting down with the designer hot off his NYFW debut 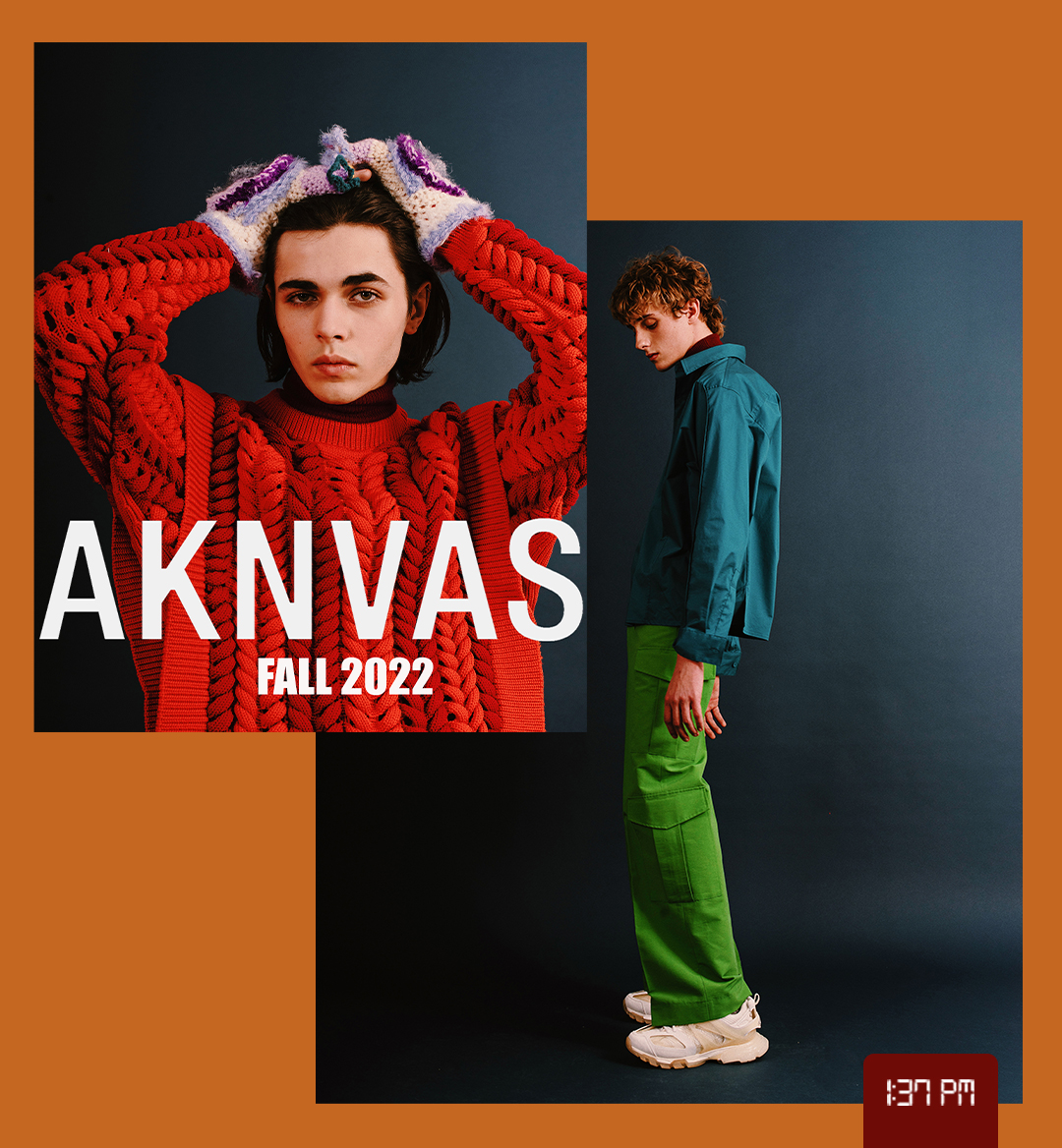 Shot by Chris Fucile for AKNVAS

When I hop into my video call with Christian Juul Nielsen, the Creative Director behind AKNVAS, he’s in his Manhattan studio, sitting amidst racks of the clothing that comprise the brand’s AW2022 collection. So much of our conversation would end up exploring notions of contrast in his design history, and the shot of him in a navy blue sweater juxtaposed against the vibrant colors of the collection is burned into my memory as my first impression of the Danish-born, Manhattan-based designer.

Boasting an illustrious resume working for other designers, Nielsen started AKNVAS in 2019 with womenswear, eventually releasing menswear collections beginning in 2020. Despite conforming to notions of “menswear” and “womenswear” for the purposes of high fashion classification, most of Nielsen’s garments are essentially genderless and meant to be worn by anyone. 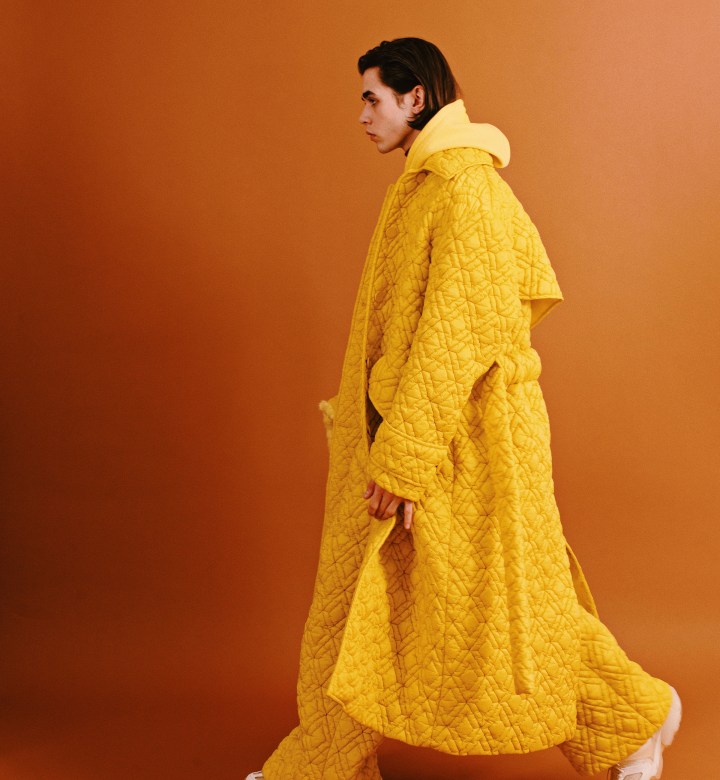 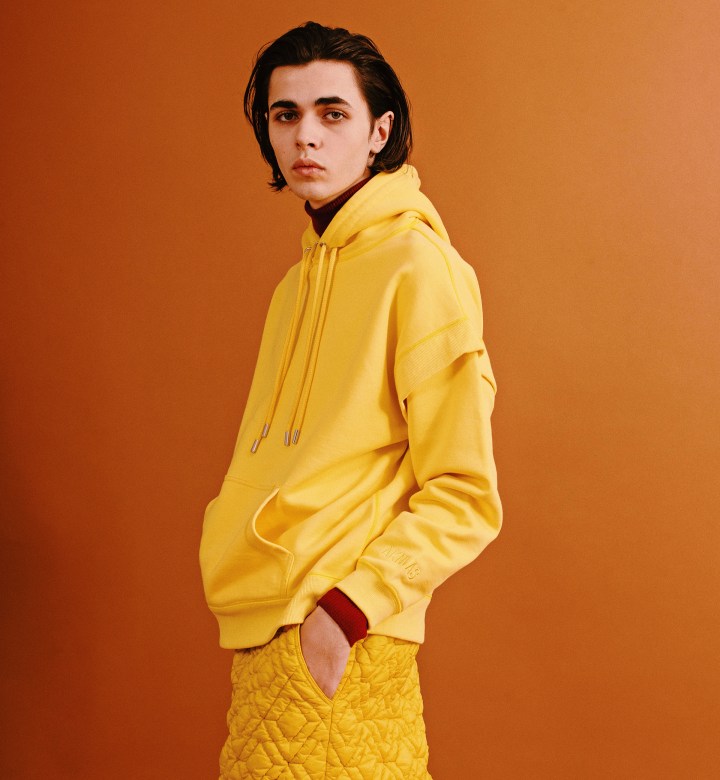 After years working for a myriad of other designers including John Galliano and Raf Simons, Nielsen decided to branch out in 2019, intending to “create a brand in America that felt very European.” During his time working for couture houses in Paris and then working for designers in the US, Christian began to feel restricted by the limitations of such a practice. “There was a huge focus on whatever the buying platforms were asking for,” Nielsen’s remarks, adding: “I would go into department stores and all of the dresses would look the same.”

Frustrated by these limits, Nielsen decided to create AKNVAS: “I’m just going to do exactly what I think would be a great brand for America. I don’t have any commercial director telling me what to do.” Channeling his individuality, he concocted the name, AKNVAS, as a unique, easily identifiable word for the brand, which is “supposed to sound like a Danish person with an accent saying ‘A Canvas.’”

A lot of the menswear is based on things Christian himself would want to wear. “I try to do it in a way that I would want to wear it myself without feeling silly looking, but it’s always a statement,” he remarks, going on to address how he uses traditionally feminine materials, like lace, within more traditionally masculine silhouettes. “I always work with contrast a lot,” he tells me, regarding both his use of dichotomous colors and the integration of unexpected materials.

A major through line in this collection—and all of Christian’s work—is his commitment to a notion of transformation and the freedom provided by dressing. “When you put on a garment, you transform into somebody,” he tells me, adding:

I like the idea that you can put on clothes and decide who you want to become.

Getting dressed is one of the ultimate opportunities to transform oneself into their desired persona, and this notion drives much of Christian’s design ethos. “What is it I transform myself into by wearing garments?”

“Fortunately, there’s now a lot of acceptance for fluidity,” he notes, adding that this newfound untethering “gives the younger generation freedom to be who they want to be.” 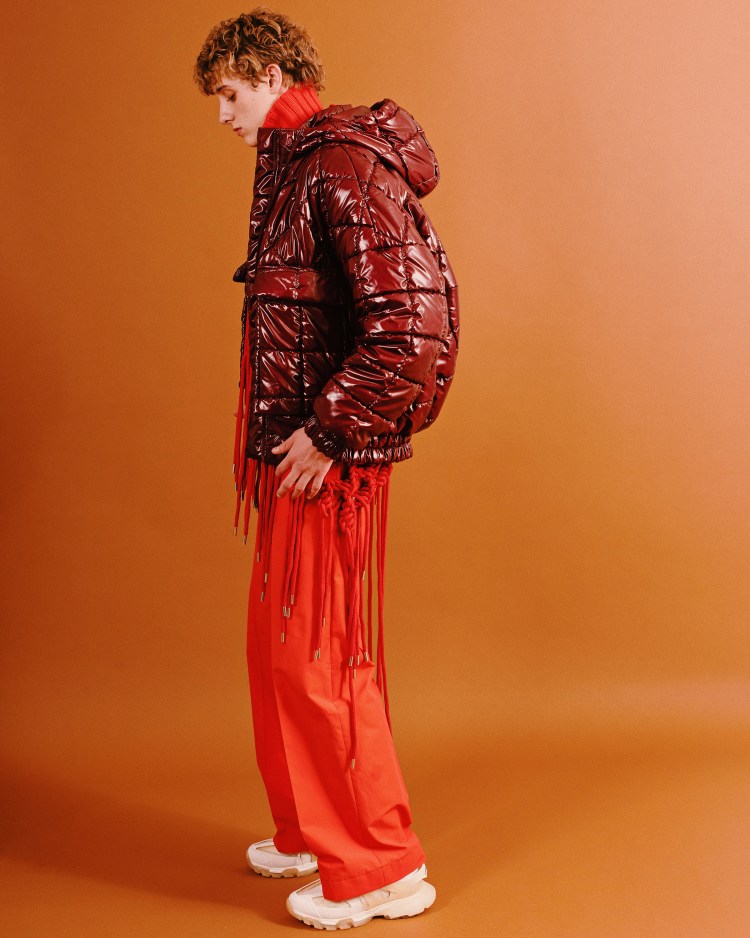 Christian and I spend a bit of time discussing one of my favorite pieces in the collection and how he designs the more eye-catching garments in his lookbooks. We talk about the beautiful burgundy jacket pictured above, which Nielsen sees as a culmination of his influences in high fashion and streetwear. Having worked in couture houses in Paris for 13 years before coming to NYC, these myriad fascinations course through most of his design work. “The back is a couture backdrop, 1950s thing, between Dior and Balenciaga when they started out,” he tells me, referring to the baggy, cropped silhouette of the back of the jacket. This shape clashes (wonderfully) with the more contemporary, streetwear shape of the front of the jacket. It’s a practice of “transforming streetwear into a couture piece,” Nielsen describes. 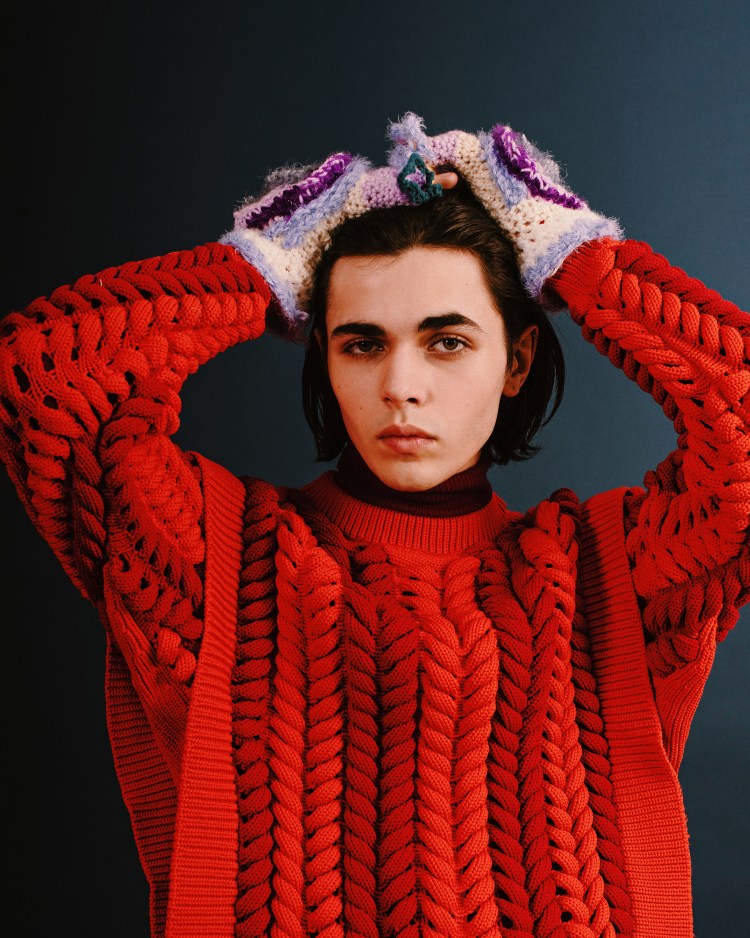 His design process usually begins with fabric as the starting point. “Originally, I just look through fabrics and see what I really like.” And as the wheels continue to turn, he poses the question: “How can I transform this into something else?” Whether it’s in the form of gender exploration, silhouette manipulation or the use of unorthodox materials, Nielsen is always trying to create evolving garments.

I was always immediately drawn to one of the chunky knits found a few times throughout the lookbook. Nielsen describes the material as “almost like a weave of braids,” and when you examine the piece up close, that’s exactly what it is. He sources most of his materials from Japan (like this man-made yarn), but the gorgeous quilted jacket (pictured below) is sourced from Italy.

One of the visual standouts of the AW22 lookbook—which was directed beautifully by Nielsen himself—is this hallucinogenic bunny mask. Nielsen tells me that his choice to include the mask—crocheted by artist Zac Monday— is again about the notion of transformation: “The whole thing of you put something on and you transform yourself into something else.”

We conclude our conversation discussing his work on the next collection. He likes to have his design process between sequential collections overlap a bit as part of a desire to allow for a cohesion between everything AKNVAS makes. With each new season, “You’re building a wardrobe, you’re becoming the ‘AKNVAS person.’”

As a creative director of major fashion house Hervé Léger, Nielsen’ design chops are established. With AKNVAS, he simply gets to explore, manifesting a curated aesthetic vision unfettered by any restrictions of the bureaucracy of the wider fashion world. “I think a lot about freedom,” Nielsen remarks early in our conversation, and it lingers every time I look at the vibrant collection.