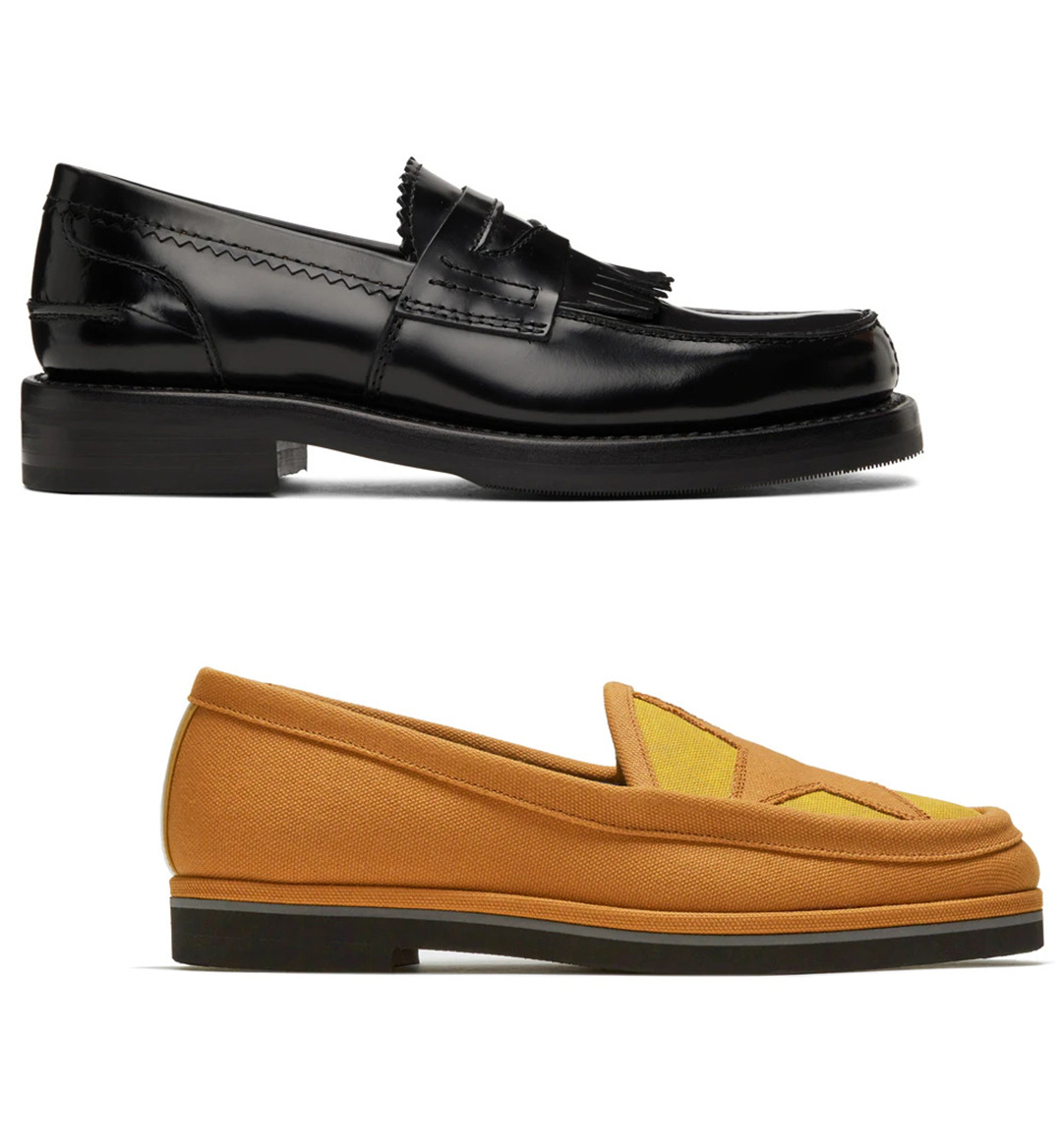 Loafers have been a longtime staple of the menswear canon, but are only now reaching new heights of popularity. It's rumored that loafers were initially inspired by the designs of Norwegian fisherman and farmers in the 19th century, and developed from there. G.H. Bass & Co. has been credited with designing the first true "loafer" by modern definitions. The style began as a casual shoe, considering the lack of laces, and was a classic amongst Ivy league students and people dressing in that style.

To get ready for the spring season ahead, we've compiled some of our favorites and organized them for ease of viewing.

Now, with the rise of preppier styles within luxury and streetwear, brands like Aime Leon Dore have made the loafer cool once again. It can seem rather daunting at first to pick out a good pair of loafers. There are tons of different styles so it can be difficult to make out a solid starting point.

Penny loafers are probably the most iconic of all loafer variants, dating their origins back to the 1930s. The strap on the upper, which resembles pursed lips, is meant to hold a penny for an emergency payphone call, back when it cost two cents to make a call. Now, it's simply a vestige of a bygone era, but maintains all of the classic elements that made it so great. 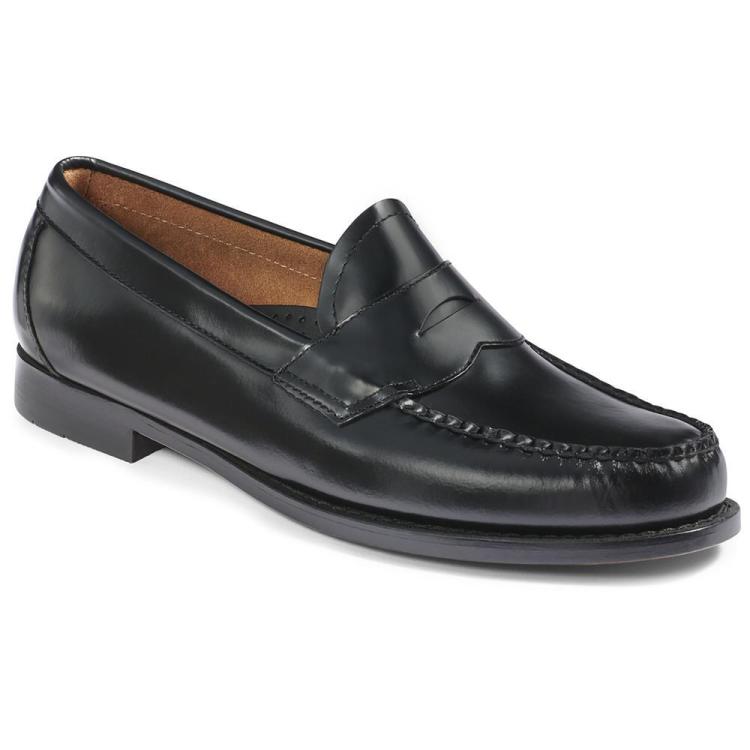 G.H. Bass & Co. Weejuns are simply the most tried and true option when it comes to loafers. Founded in 1876, the brand is an American classic and has been loved throughout the years by icons ranging from JFK to Michael Jackson. The name "Weejun" is actually an abbreviated version of "Norwegian" paying homage to the design's originators. 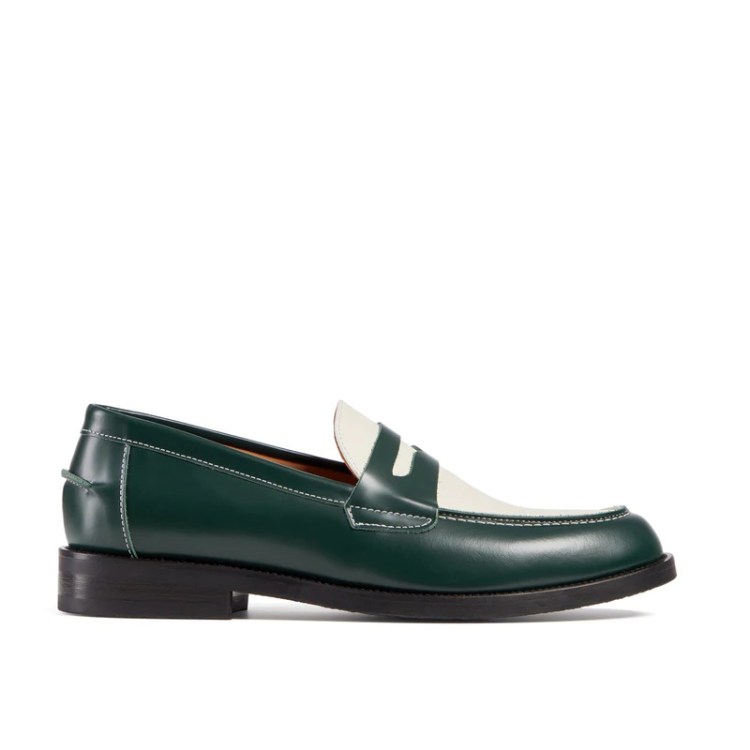 Duke and Dexter is a London based brand that combines traditional British craftsmanship with innovative design techniques. The resulting shoes are beautiful, feeling both classic and modern at the same time. 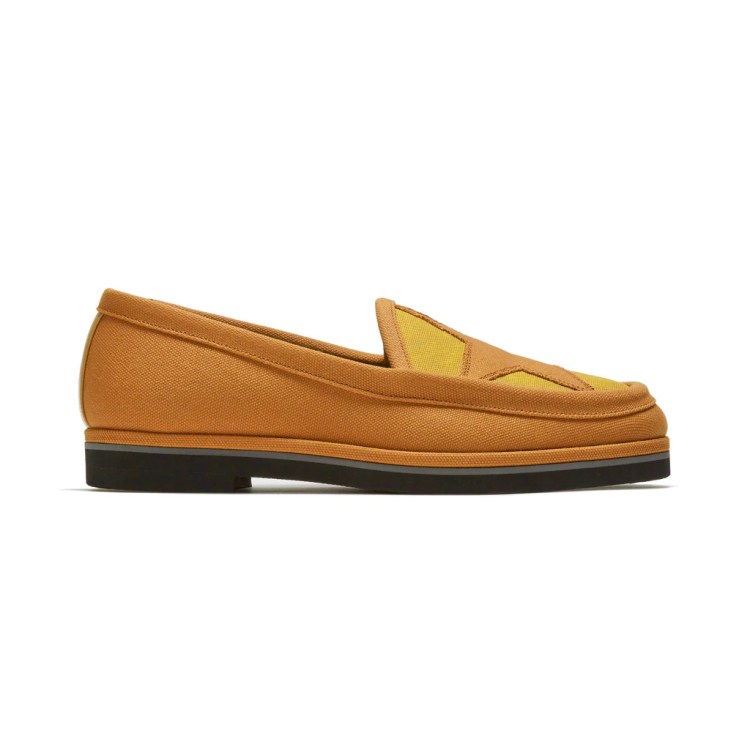 Stray Rats have provided a unique take on the loafer, foregoing the usual leather or suede and opting for a canvas upper instead. The shoes feature a large star patch, as well as an exaggerated trim that gives the shoe a unique shape. 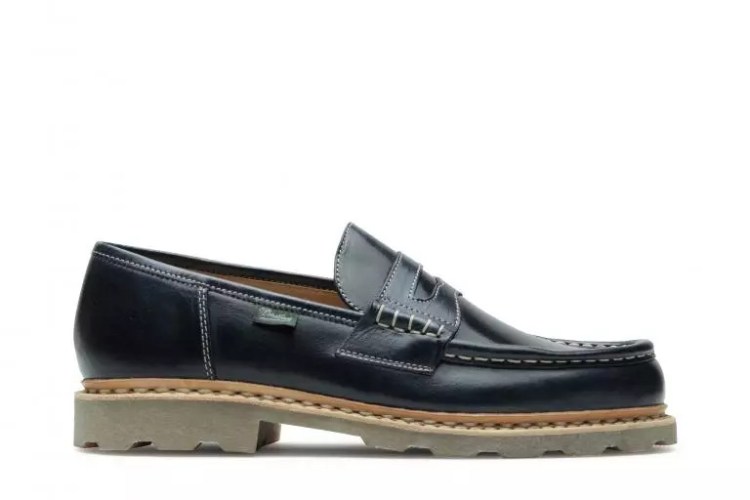 The Paraboot loafers are everything you could possibly need. Constructed to the highest quality standards, these shoes are a classic piped penny loafer design on top of a genuine rubber sole with a Norwegian welt.

If standard penny loafers feel too run-of-the-mill to you, maybe opt for something with a bit more texture like a suede loafer. These are great to dress up or down, and always add an extra element of interest. Suede is also a great option for spring and summer, and the entire look matches well with the sleek YSL style. 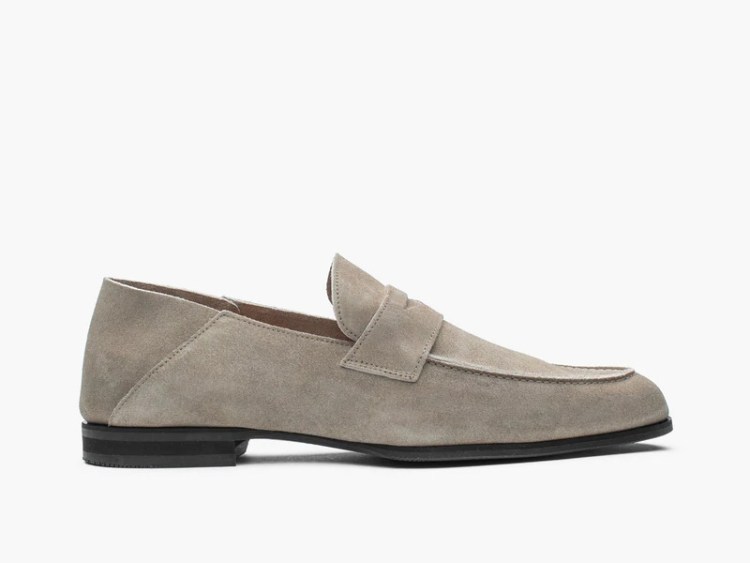 These Wolf & Shepherd loafers are perfect if you're opting for that sleek, suede look. Their minimal design also allows them too easily be dressed up or down, making them a versatile shoe in any wardrobe. The Italian suede used by the brand is also water repellant, ensuring the loafers' longevity. 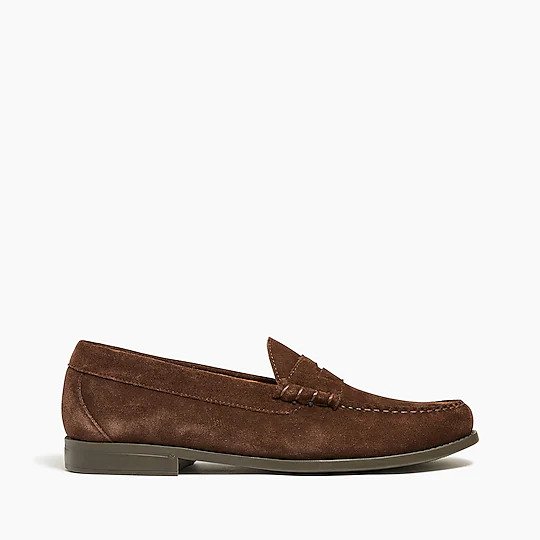 J. Crew has been a bastion of classic menswear for ages, and with good reason. The brand provides great designs at a reasonable budget, their loafers being no exception. At just $99, you'll be hard pressed to find a better deal elsewhere. 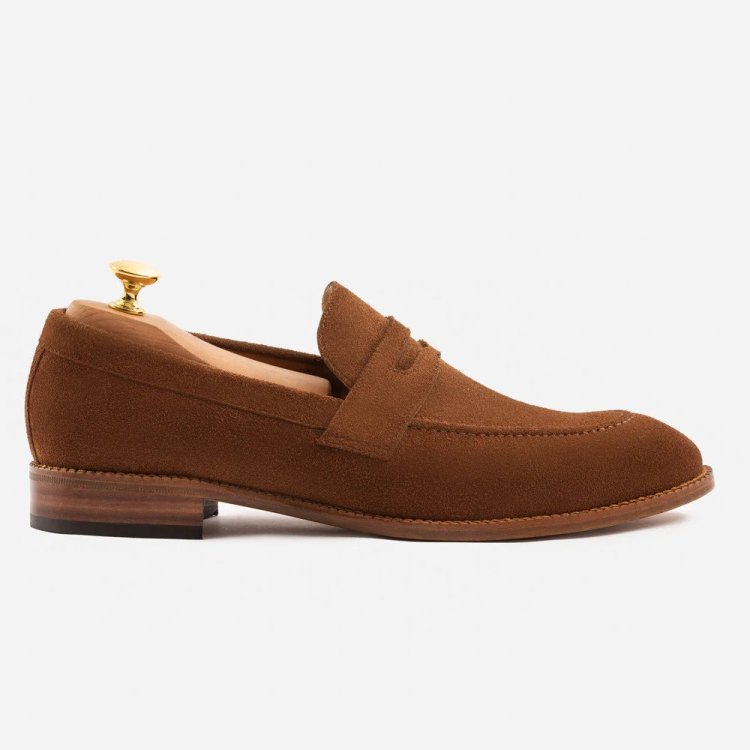 Beckett Simonon has a unique business model in which they make shoes to order, avoiding many of the overhead costs typically associated with the industry. This allows them to offer a high quality product at a more reasonable price point than competitors. The shoes feature a classic, pointed toe that looks sophisticated without looking dated.

Jerry Lorenzo's Fear of God is known for its modern design aesthetic, and here the designer applies his ethos to the loafer. The shoes are mounted on a rubber sneaker sole akin to a sneaker, rather than a traditional heeled sole. Paneling on the upper of the shoe is minimal, limiting itself only to the necessities.

Tassel loafers date back to the 1940s and are a story of customization. Hungarian actor, Paul Lukas, had a pair of oxfords with small tassels at the ends of the laces, and wanted to replicate the motif on a different shoe. After shopping the idea area, Alden, a shoe manufacturer, placed his tassels on top of a standard penny loafer. Thus, a modern classic was born.

The Doc Martens Adrien loafer is the quintessential tassel loafer. The shoe features a kiltie vamp that folds over itself, and is secured in place with a tasseled strap. The upper, seen here in a deep cherry red, sits atop the classic Doc Martens rubber sole. 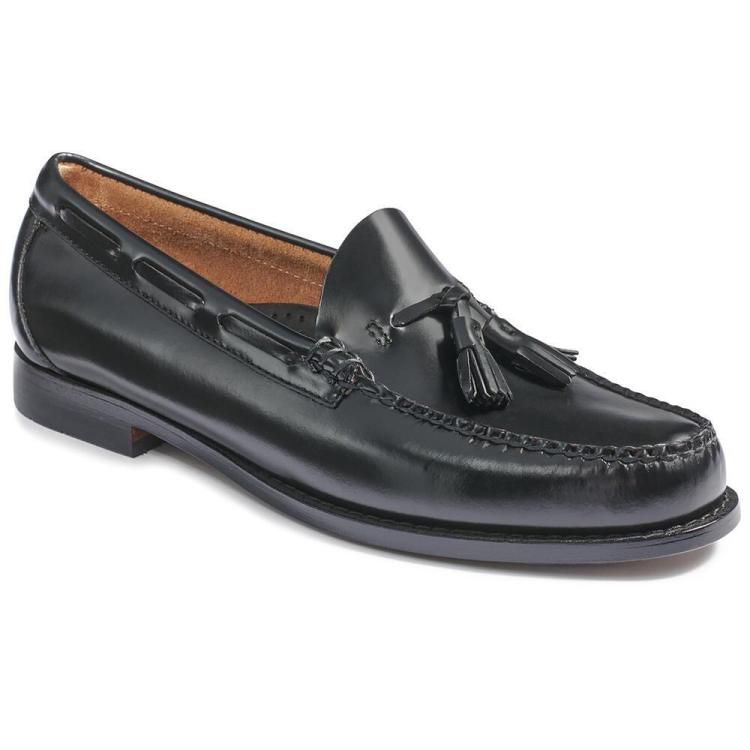 No surprise here, G.H. Bass is back in the conversation with their tasseled loafer. Here, the tasseled strap weaves in and out around the heel of the shoe, much like a boat shoe.

Eytys always has some weird, left-field take on a silhouette, and their loafer is no exception. The boxiness of the toe is emphasized by the rigid structure of the sole, making the shoe feel both chunky and sleek at the same time.

Our Legacy's fringe loafers are packed full of details, from the paneling choices to the serrated-cut trim around the collar and tongue of the shoe. The upper is perched atop a Vibram rubber sole.

The history of the loafer can be characterized by its borrowed nature, as the original design was derived from the shoes of Norwegian fishermen. The most contemporary update to the loafer is the addition of the chunky sole, which has been particularly popular in the last few years. Bulkier shoes of all sorts have been revived, calling back to eras like the 90's were these styles ran rampant. Naturally, the loafer should get the same treatment as all the other platform boots, sneakers, and other shoes on the market. 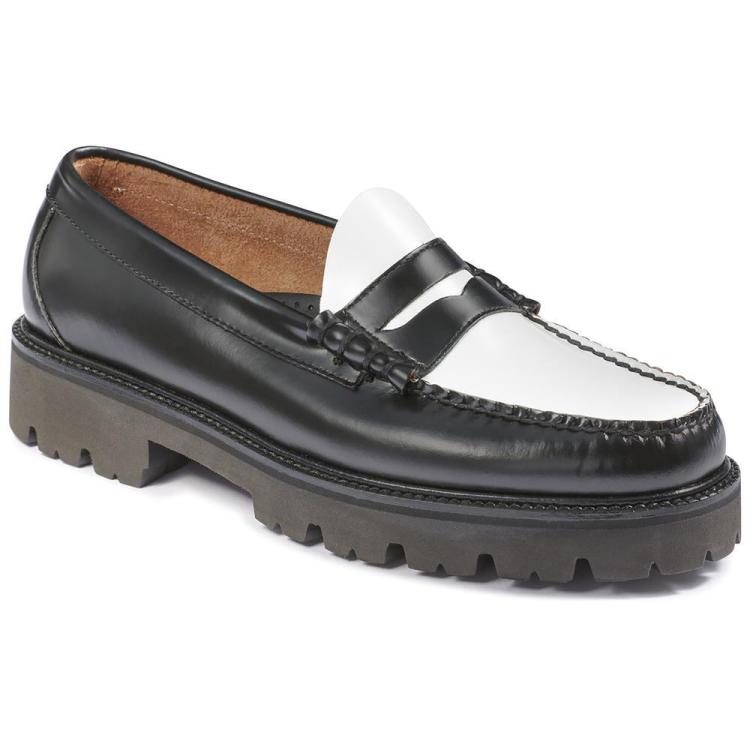 Once again, G.H. Bass & Co. has proven themselves to be the master of the loafer. This edition comes in a fantastic two-tone upper with a thick, lug sole. These are a great budget option if you want to try out a new style. 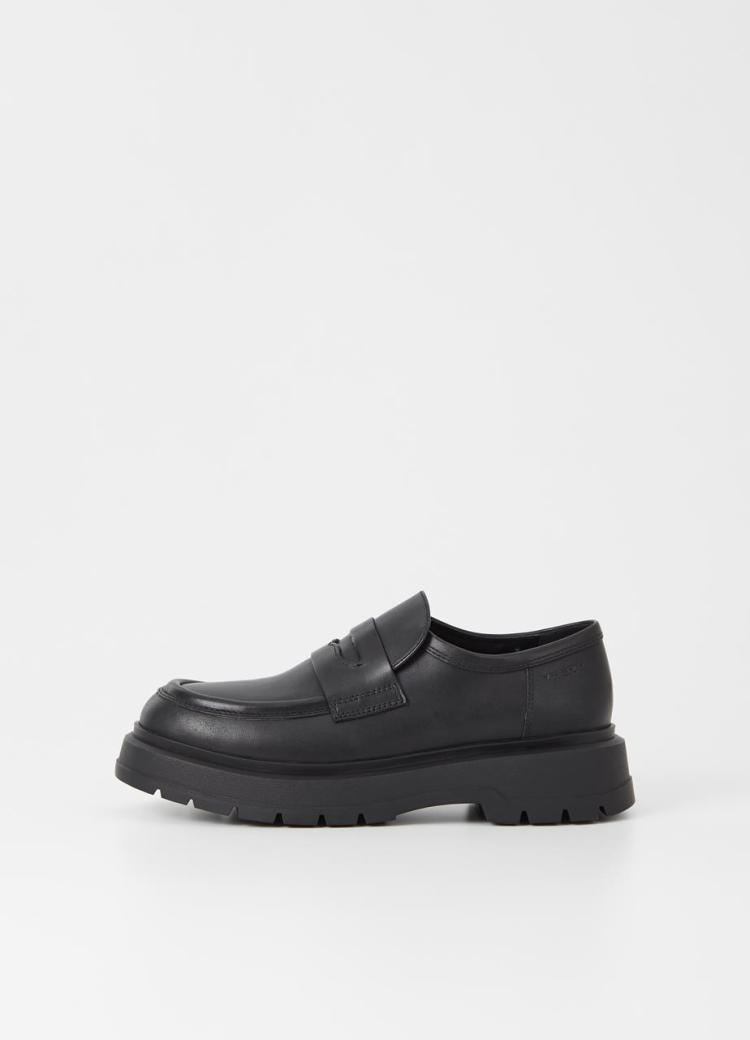 Vagabond clearly brings a Swedish touch to the loafer, offering a minimalistic chunky silhouette where everything flows nicely. Small additions, like the tongue sitting over the vamp or piped seams, really bring the design over the edge. 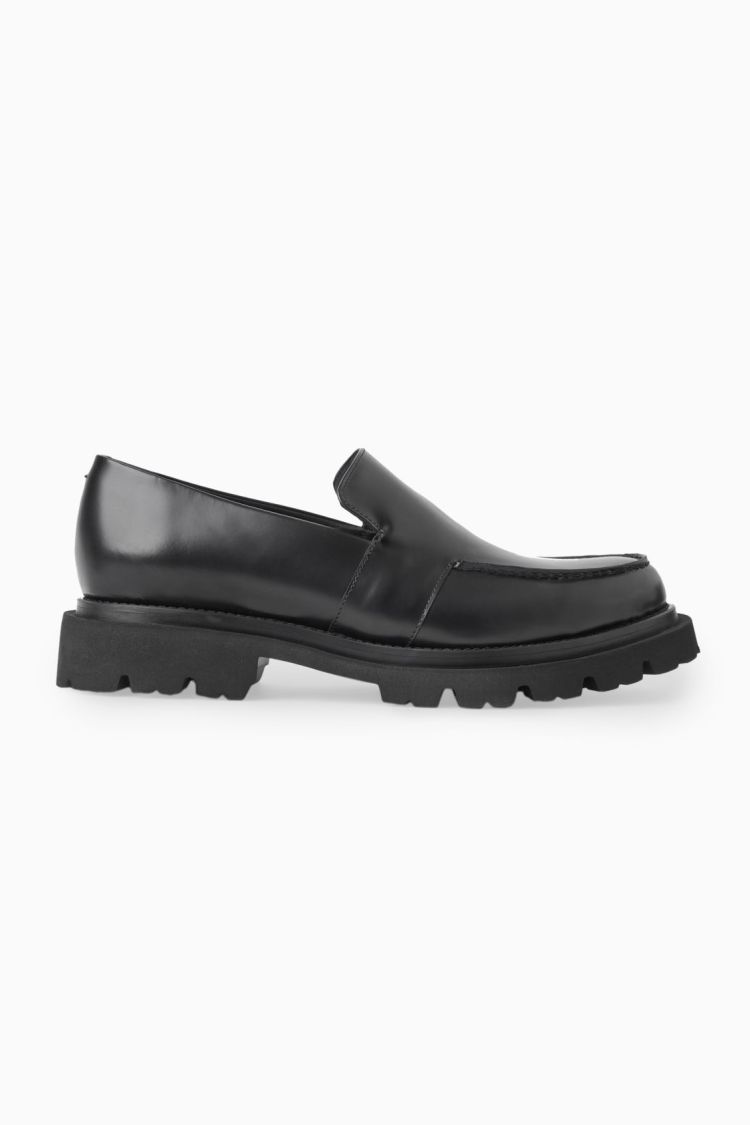 Cos's loafers keep things stupid simple, opting for a tiered look on the midsole and letting the shape of the shoe speak for itself.

Finally, we have designer loafers. These aren't necessarily their own style entirely, but are categorized separately because they either have a unique design characteristic are are emblematic of exceptional quality. Brands like Prada and Martine Rose have made the loafer iconic symbols of their brands, each offering their own take on the design. Often, loafers feel the best when they look like a formal shoe made more casual. 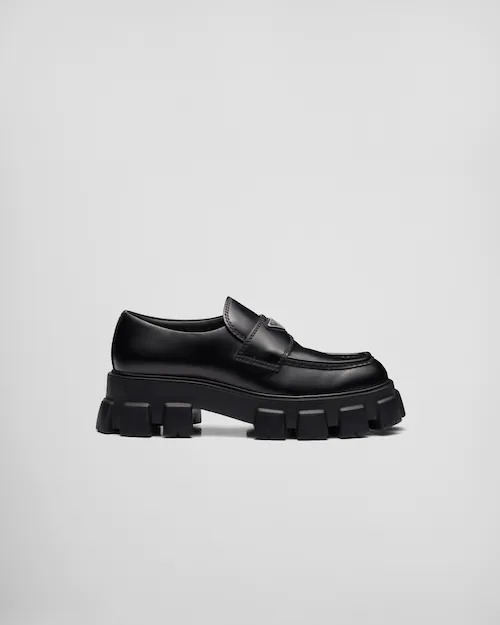 The Prada monolith is a classic, with a lug tread sole that is instantly recognizable. The design symbolizes duality, a quality close to the core of the Prada brand. On top of it all, the shoe features the iconic Prada logo in enameled metal on the vamp panel.

Martine Rose has always been known for her loafers, which extend the proportions of familiar silhouettes, often with crazy toe shapes. These loafers have a unique chiseled toe, not often seen on other shoes. The buckled strap adds attitude, and the chopped heel ensures easy wear. 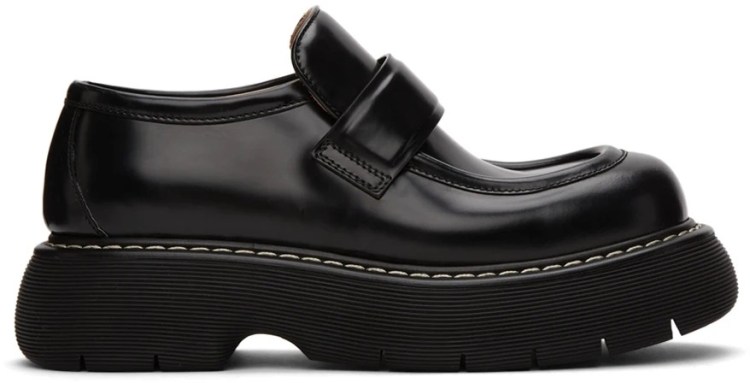 Bottega Veneta went balls to the wall on this design, with totally exaggerated proportions throughout. The toe is nice and bulbous, mirrored by the large round shapes of the outsole. Everything is tied together with some nice white stitching.

These Loewe loafers will always be my favorite loafers, forever. They are simply so well designed, and consist of everything you could possibly want out of a loafer. The glossy croc embossed leather offers a perfect contrast to the pebbled heel, which allows the wearer to customize the fit of their shoe.