These threads are NICE. 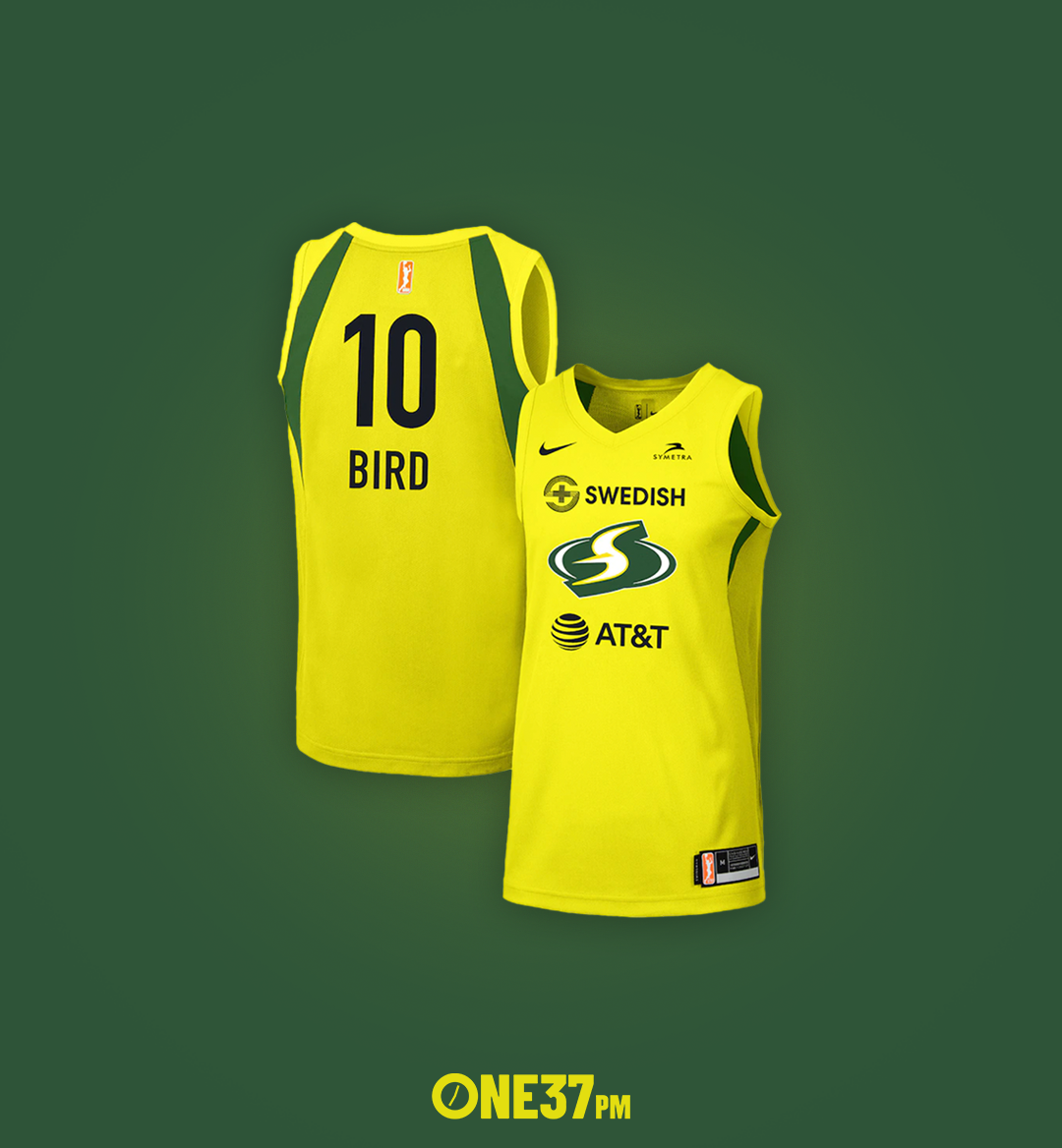 What an eventful WNBA season it was! As we slowly start to inch our way towards the start of the 2023 campaign, now would be the perfect time to stock up on some new WNBA gear right? It is early, so we don’t have an official list of the top-selling WNBA Jerseys (although Sabrina Ionescu was the top seller ahead of the 2021 Playoffs), but for now, we are just selecting the fifteen we think are amongst the league’s coolest based on sales and popularity.

As we have always said, the WNBA should be supported year-round (not just during the season either ), and trust us, their entire roster of merchandise is worth a buy—including the ones that aren't on this list. Now that we’ve established that once more, we can go into some of the coolest WNBA jerseys to cop just in time for the holiday season. 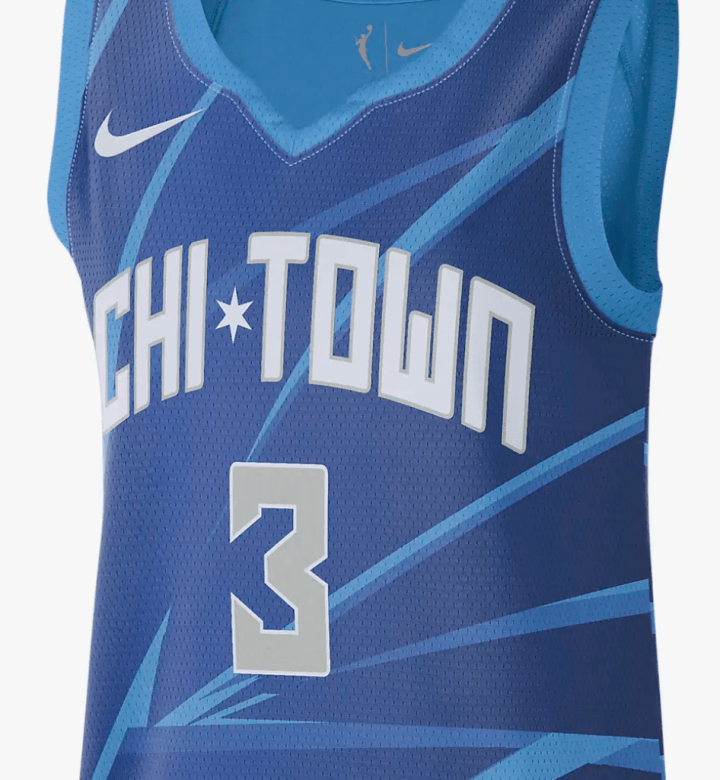 During the 2020 season, Parker ranked third in the WNBA in terms of overall Jersey sales. Not we're not sure if you all remember, but ahead of the 2021 season (which saw CP bringing it home to Chicago with an epic championship run), Parker's jersey was in high demand. That still remains true in 2022. Get you a Candace Parker jersey. Trust us, it's a good investment. 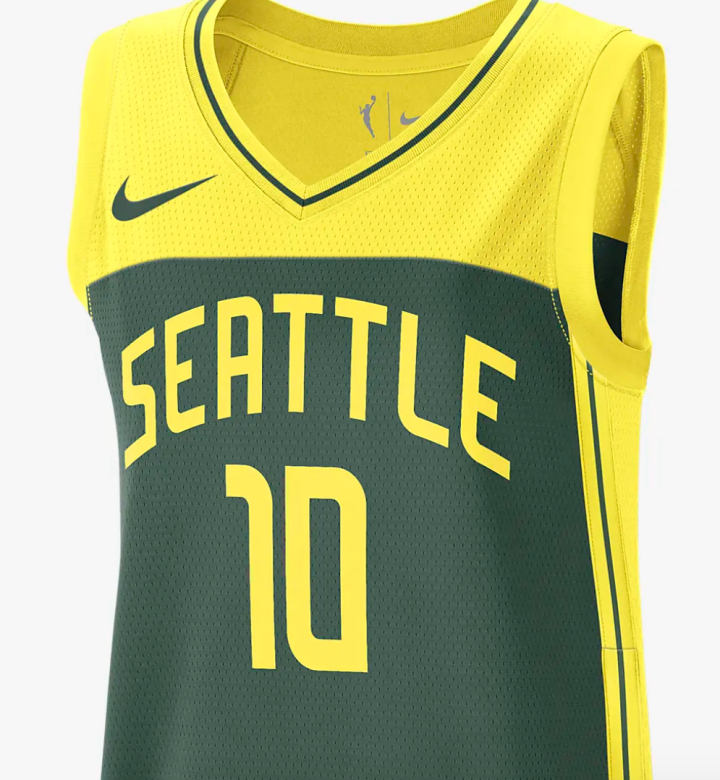 Bird! These last couple of the years, the vet not only captured her fourth title but also topped the list of highest-selling WNBA jerseys for 2020. Time and time again, Sue Bird proved her popularity and longevity, continuing to rack up the sales until her retirement this past season. Thanks for the two decades of greatness Sue Bird, your jersey will always be in high demand. When it comes to WNBA jerseys, a Sue bird is a no-brainer. 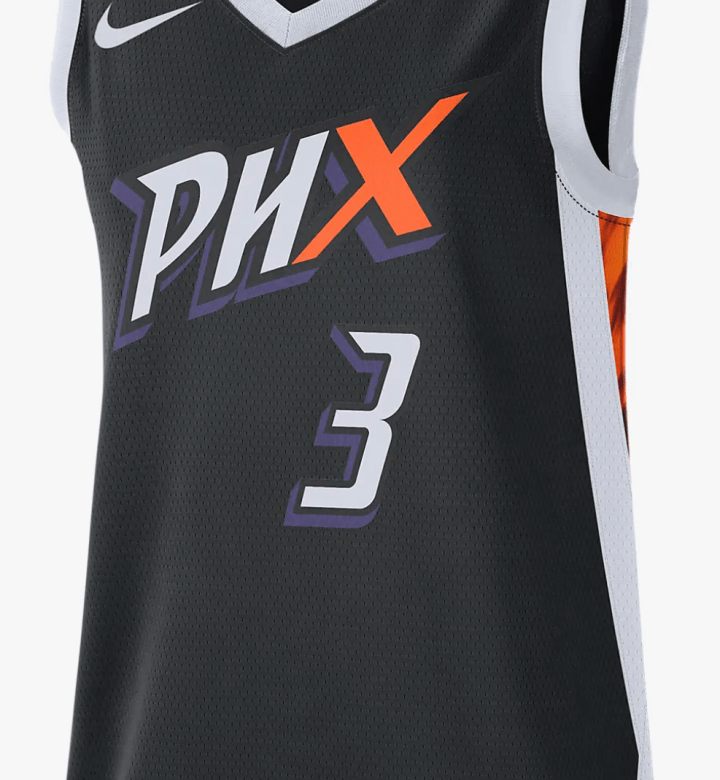 The GOAT Diana Taurasi! The Phoenix Mercury have always had some of the coldest jerseys in sports with the crisp violet and orange overlays, and the Rebel Edition is super sick. Two seasons ago, DT was ranked second in jersey sales, once again going toe-to-toe in a friendly competition with her good friend and former arch-nemesis Sue Bird. This vet with no intentions of slowing down anytime soon, as she just announced that she is coming back for her 19th season. 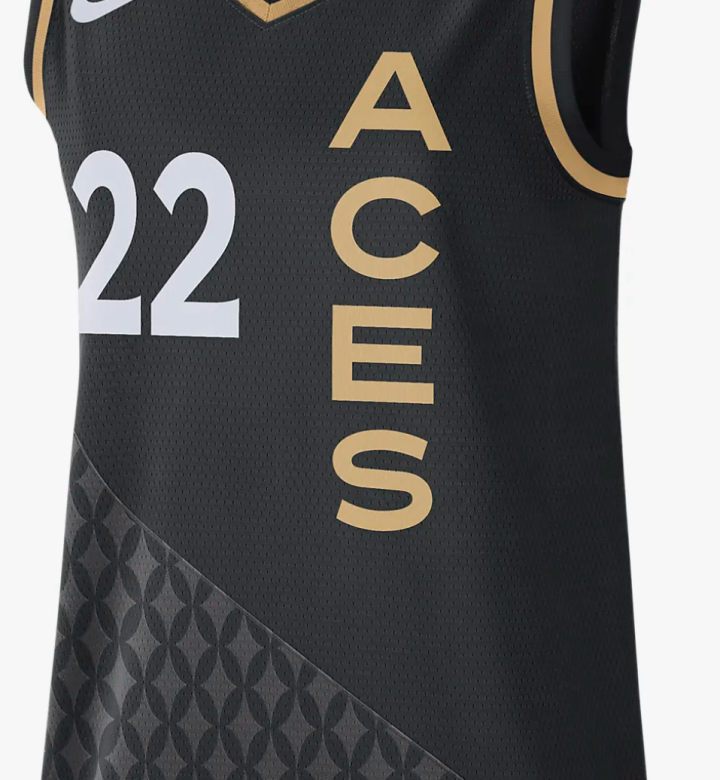 What a year for A’ja Wilson! A championship, Finals MVP, a new basketball court, and a year where she further solidified her position as one of the best players in the WNBA. Wilson continues to reach new heights in her career, and it honestly wouldn’t surprise us down the line if she ends up being the biggest jersey seller in the W once the new round of number are released. Go A'ja! 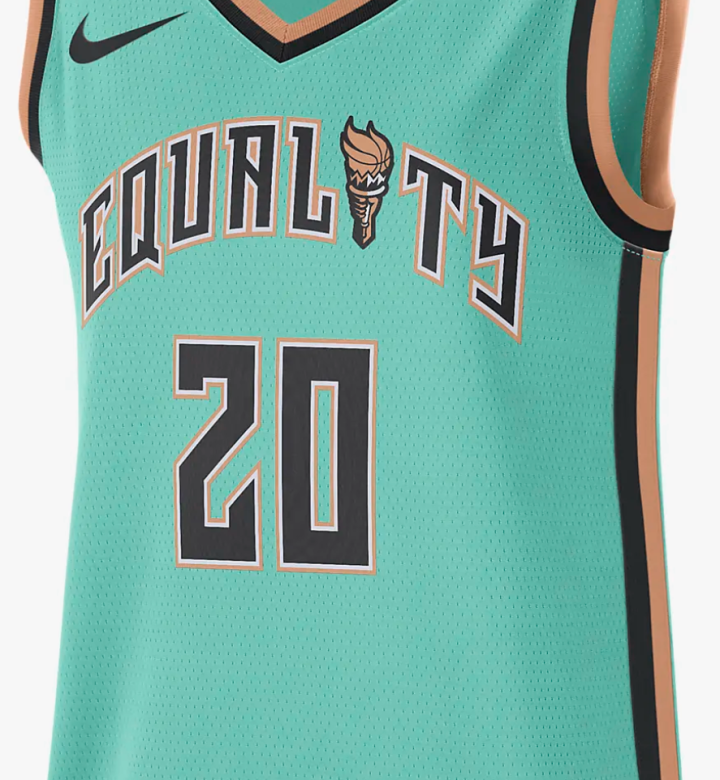 You could make the argument that Ionescu had one of the most hyped debuts in the history of the WNBA, and her first couple of years in the league hasn't disappointed. The NCAA all-time leader in career triple-doubles and the only Division I basketball player to achieve 2,000 points, 1,000 assists, and 1,000 rebounds in a collegiate career, Ionescu’s jersey started selling pretty much as soon as it was available to the public, and that has remained true with her being the highest seller in 2021. 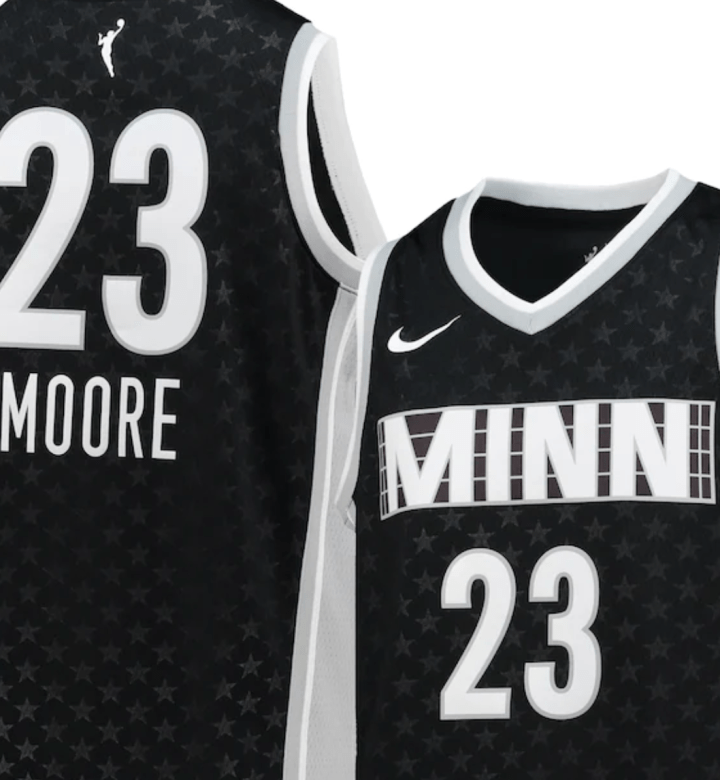 It’s been three whole years since we last saw Maya Moore suit up for a game, and with good reason. The six-time All-Star and four-time champ famously left the WNBA to dedicate herself to fighting against the wrongful conviction of Jonathan Irons. And we have since gotten to witness their journey of marriage and starting a family. Despite her absence from the game, Moore has continued to remain top ten in WNBA jersey sales. We fully expect to see Moore’s name on the list of best-sellers again this season. 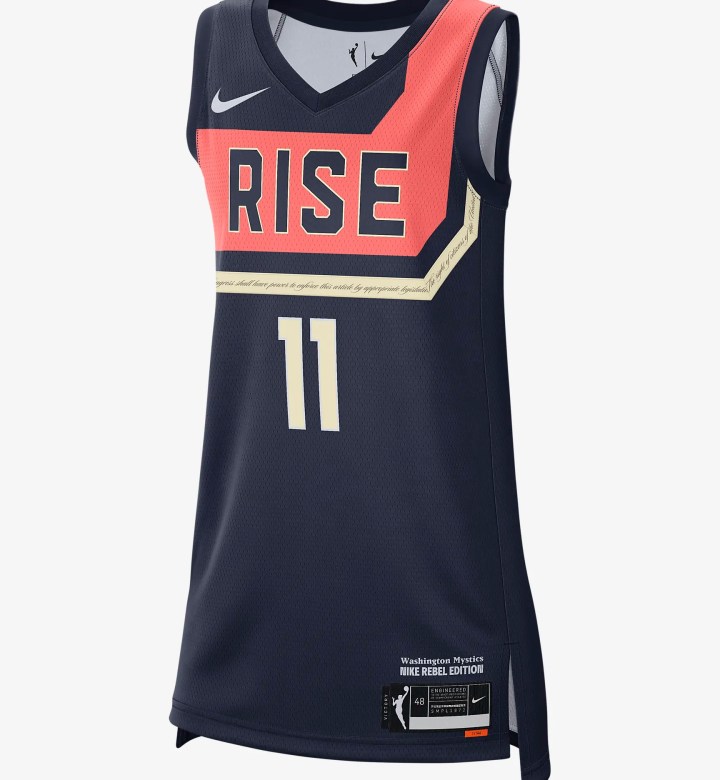 Another beloved WNBA legend, Delle Donne, has consistently been one of the W's biggest sellers, topping the most popular jersey list in 2019. Excitement always swirls Elena Delle Donne, which is why she has always been amongst the best sellers jersey wise. 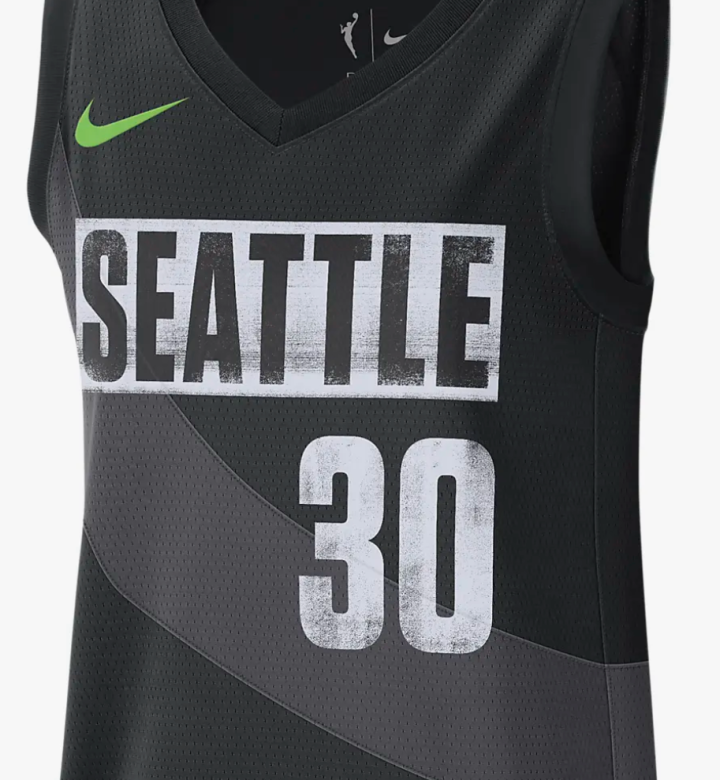 Young Stewie is set to have another big year if these past two seasons have been any indication. The two-time Finals MVP was considered the ‘Queen’ of jersey sales in 2016 before being knocked off the throne by Skylar Diggins-Smith the following year. Since then, Stewart has consistently made the top best-sellers list, and this year should be no exception. This is one of the rare WNBA jerseys (and jerseys in general) that isn't too flashy. 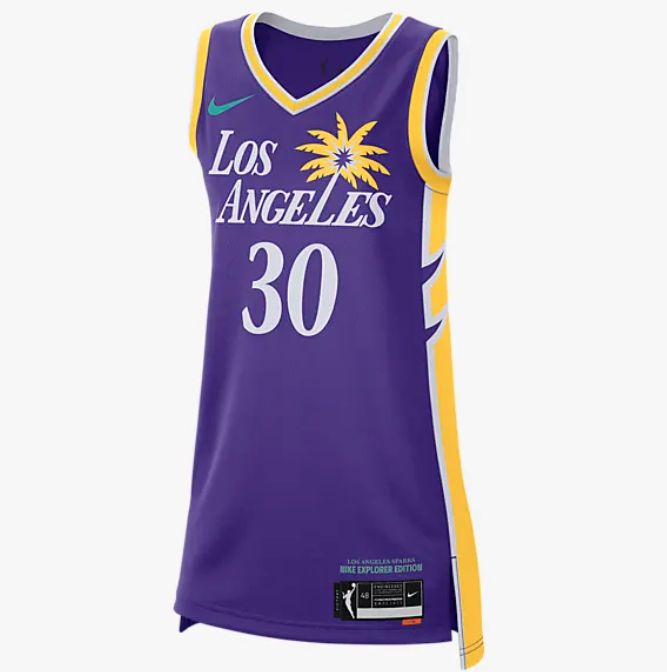 All hail Nneka Ogwumike! The silent killer who continously gets the job done with no complaints ever. If you are a fan of both Nneka and the Los Angeles Sparks, this jersey is a must in your growing WNBA collection ya heard? 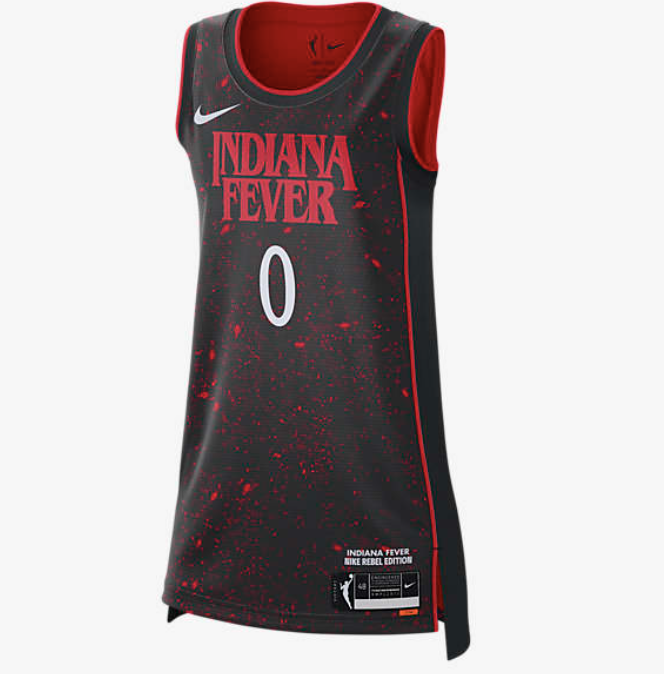 The Indiana Fever have a dope Rebel Edition Jersey to choose from as well, so why not rock Kelsey Mitchell's number 0? Dope player with an equally dope jersey to match. 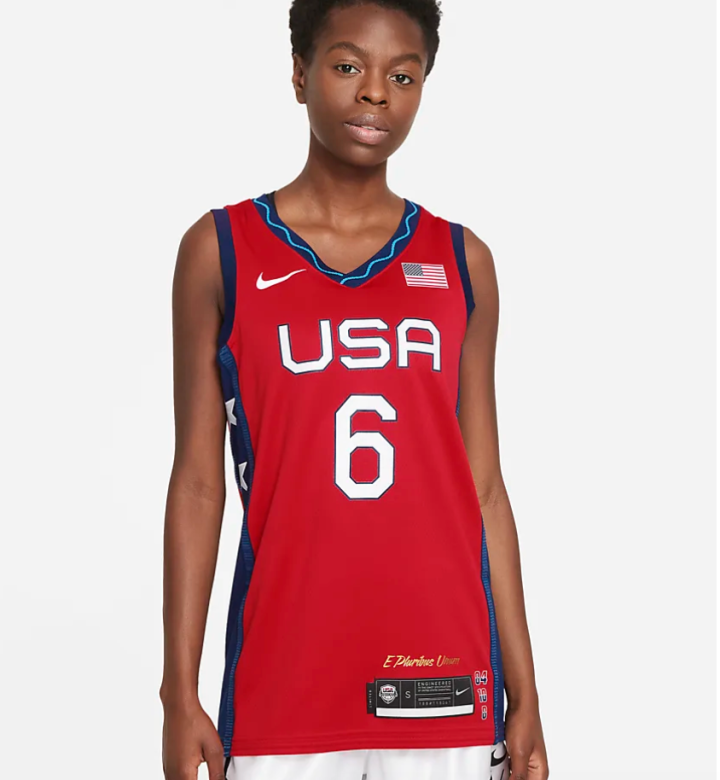 Mark our words, Sue Bird's apparel will eventually become collectors items. Probably not right now because she literally just retired, but down the line. It would be wise to go ahead and start grabbing these gems now before they become unattainable. Just saying. 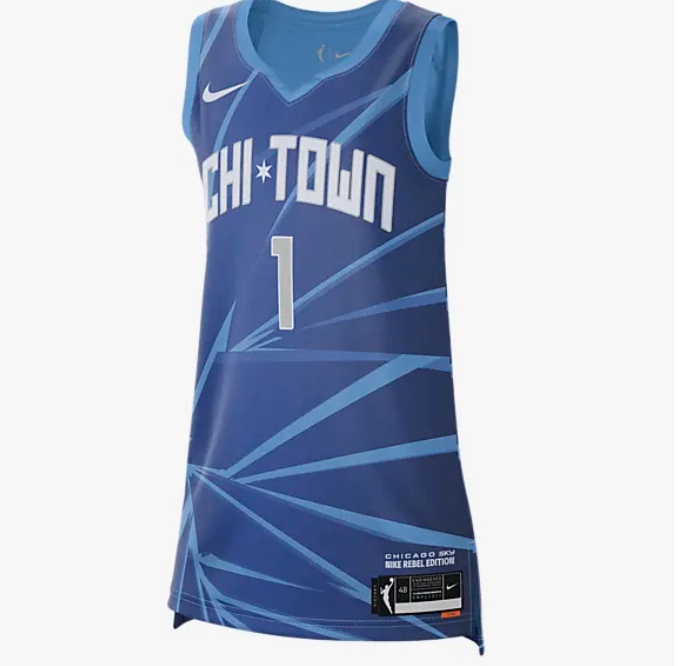 If you aren't already familiar with the basketball beast that is Diamond DeShields, then you need to be...Stat! Chicago fans should already have her jersey, but if not, this is your call to action before the season begins. 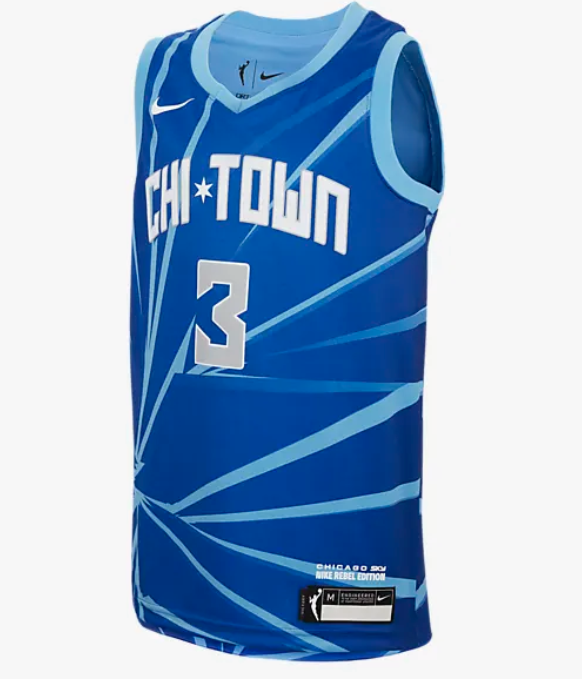 The only major difference between the Rebel Edition jerseys and the Explorers are the color shades. If you want a Candace Parker jersey that is a lighter shade of blue, then here you go. It's also slightly cheaper as well. Just wanted to put this here as an alternate option for avid CP3 fans. You can also find similar editions for all of the other WNBA teams too! 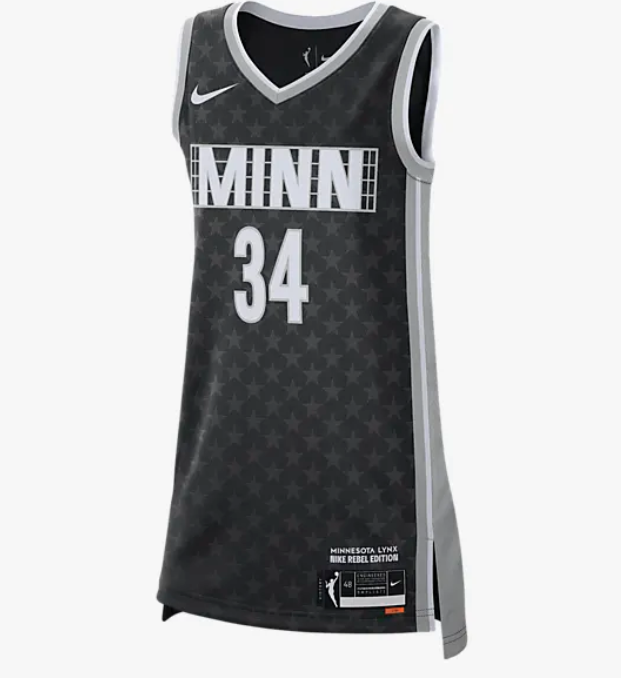 Sylvia Fowles. The legend. Another one of the all-time greats who it's been an absolute pleasure to watch. That's all that needs to be said here. Thank You Sylvia for your impact on not just women's basketball, but basketball as a whole. 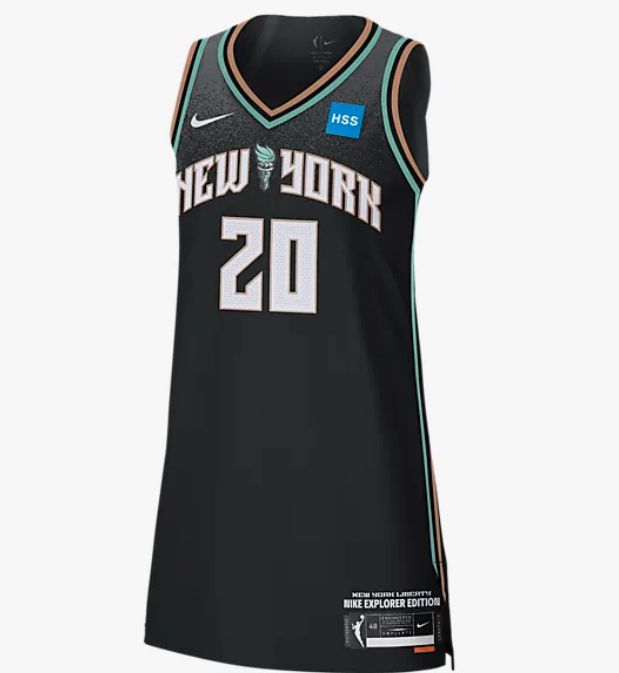 And here's a Sabrina Ionescu jersey in black in case you wanted to complete your Ionescu collection.