The Most Stylish Coca-Cola Ambassadors of All Time

We're looking back at some of the best 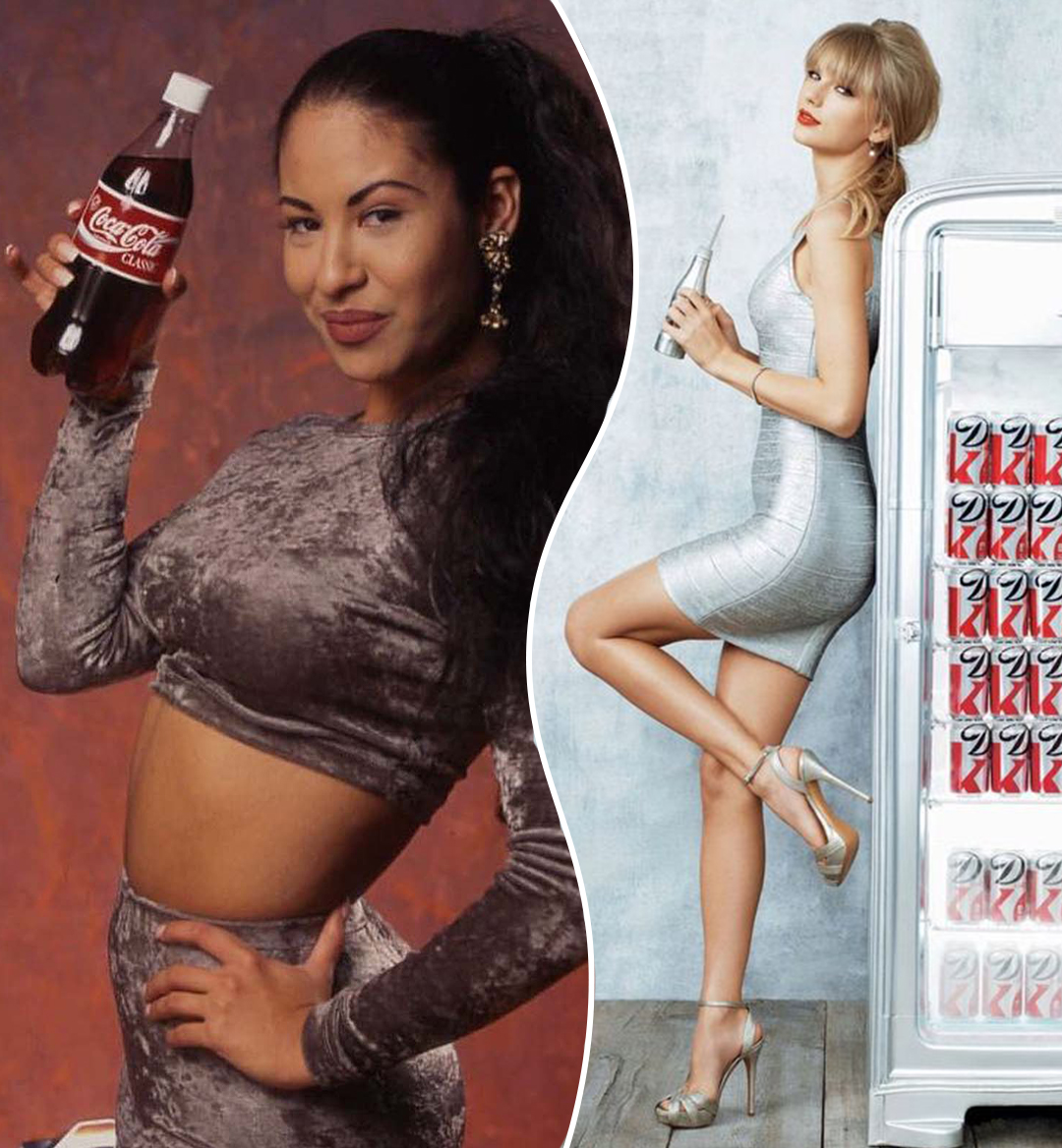 Who doesn’t love a good cola? Especially during the summer time? Coca-Cola has been in business since 1886, and while the brand was always successful, at some point it became clear that partnering with popular celebrities and making them ambassadors would be a good business move for both parties. Coca-Cola has had some memorable names repping their campaigns over the decades, and today we are reflecting on a few of them along with some of their best Coca-Cola fashion moments. In the words of The Black Eyed Peas, “Let’s Get It Started.” 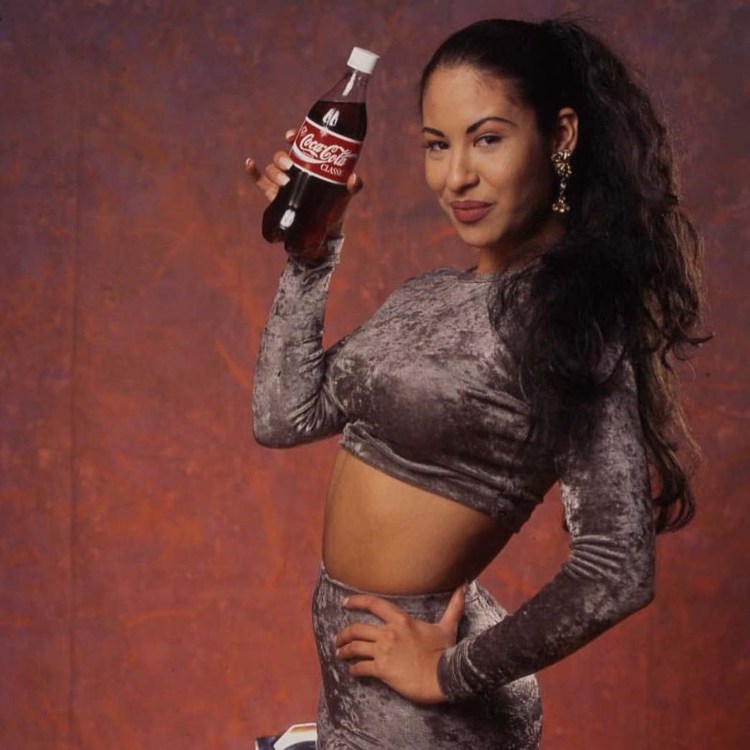 It’s hard to pick which Selena campaign is our absolute favorite, so we’ll include a few. The silver crop top paired with the matching pants was a classic look. 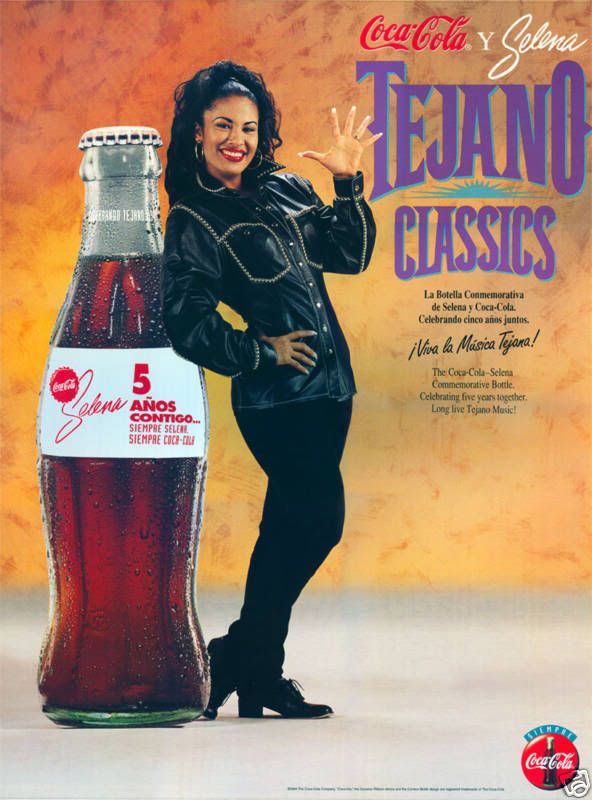 This just might be our favorite. The denim jacket paired with the black pants and boots was super stylish. Also, Selena’s signature half-up half-down hairstyle made an appearance in this shoot. 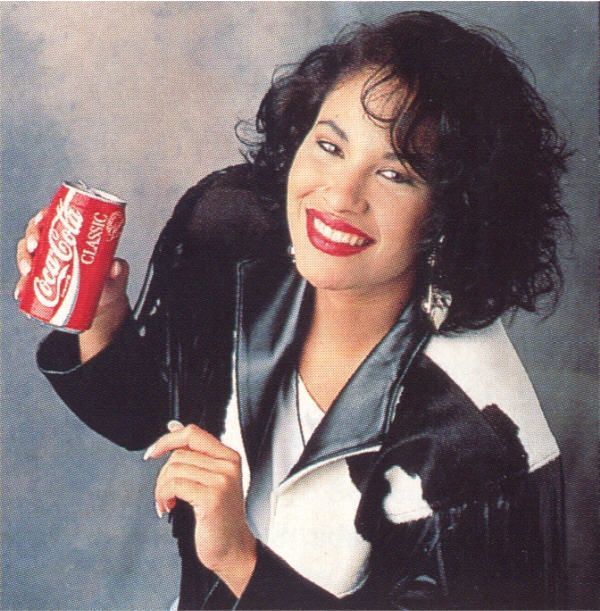 I.E. “Forever Selena.” In this campaign, the legendary singer rocked a black and white jacket to go along with a noticeable shorter hairstyle. For those that may be unfamiliar, Siempre Selena is the name of the singer’s second posthumous album, which was composed of mostly unreleased recordings and remixes of previously recorded content. 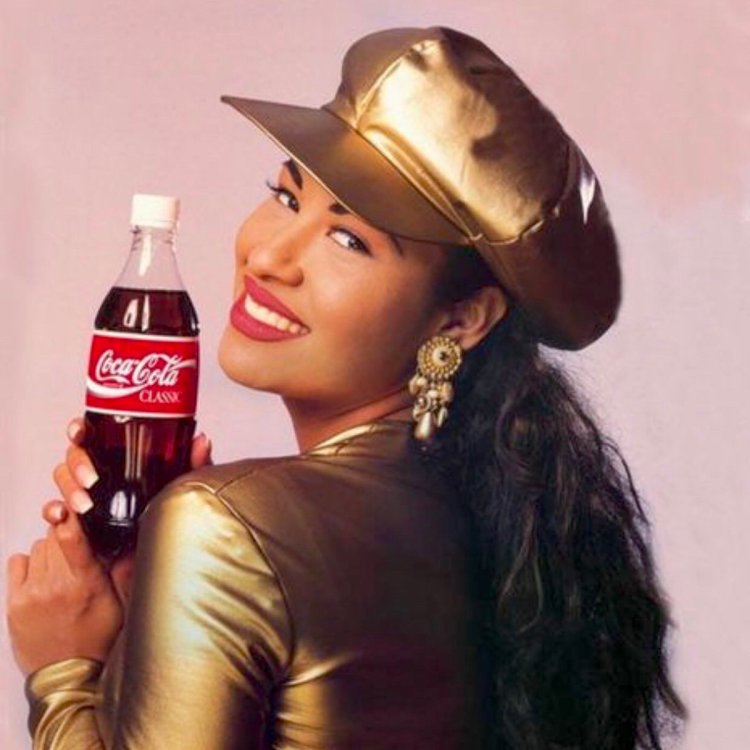 Okay, this is our last Selena entry. Dubbed “The Gold Campaign,” this specific shoot is actually in the Smithsonian, so you know it’s iconic.

Here’s a Selena Coca-Cola commercial for a little 1990s throwback.

Ms. Marilyn Monroe was also a Coca-Cola brand ambassador, which was an automatic win for the brand as Monroe was one of the most in-demand names in Hollywood. That said, there’s a bit of mystery behind her campaign.

According to a 2018 Mirror article, Monroe shot a campaign for Coca-Cola, wearing a red bathing suit with the brand logo on it, but for some odd reason that remains unknown to this day, Coca-Cola rejected the campaign. That said, Monroe did do some advertising work for Coke in a commercial with a similar theme to the one that was rejected. 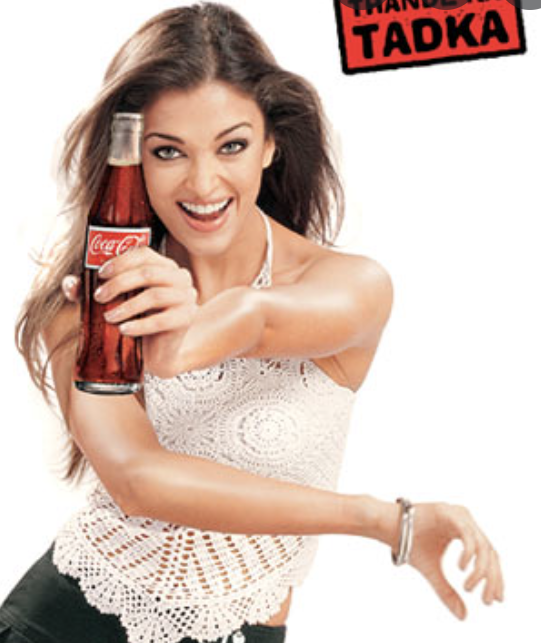 Aishwarya Rai was a Coca-Cola girl too! The white crochet halter top paired with the jeans is so mid-2000s, and we absolutely love it. 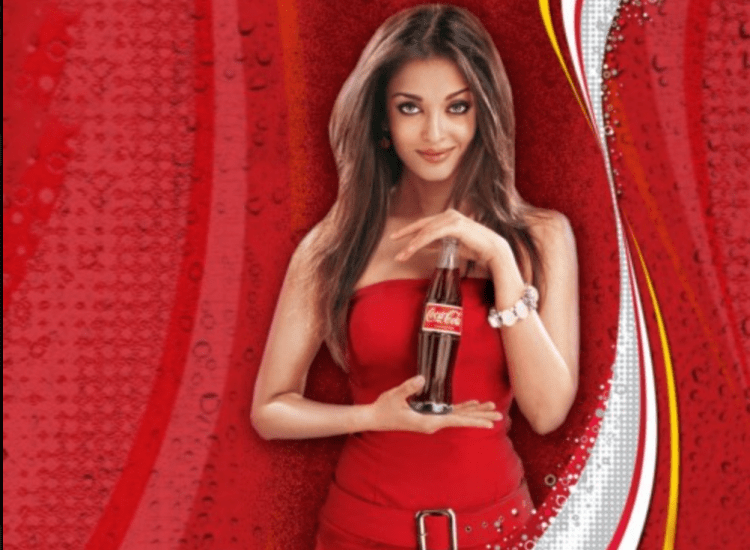 Rai’s campaign with the red dress was also sizzling. Rai has plenty of Coca-Cola ad campaigns on her resume. 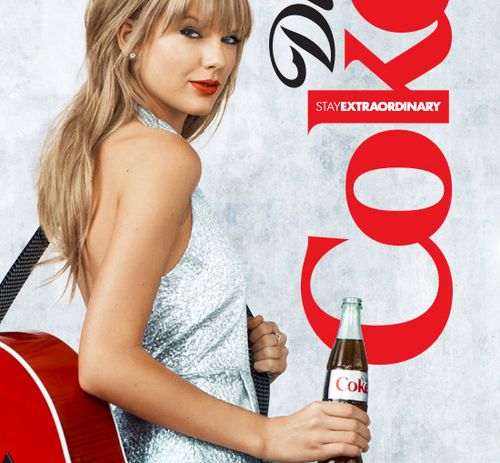 Taylor Swift decided to take the healthier route by becoming a spokesperson for Diet Coke. The halter sundress paired with heels and her guitar as the main accessory was a super fun look. 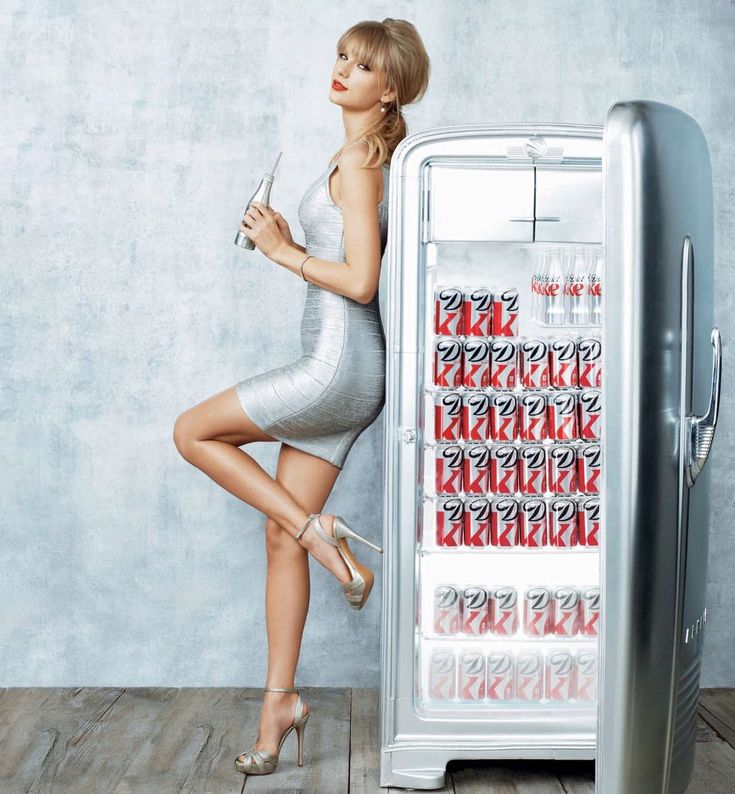 The campaign was called “Entertain In Style,” and this ad was most definitely stylish. In addition to the bomb look, fans also had a chance to met Tay Tay with this specific campaign.

You want to know who else was a Diet Coke representative? Whitney Houston. Thee Whitney Houston. Houston’s signature golden locks and 1980s rock-star style were a standout as usual in all of her advertisements. 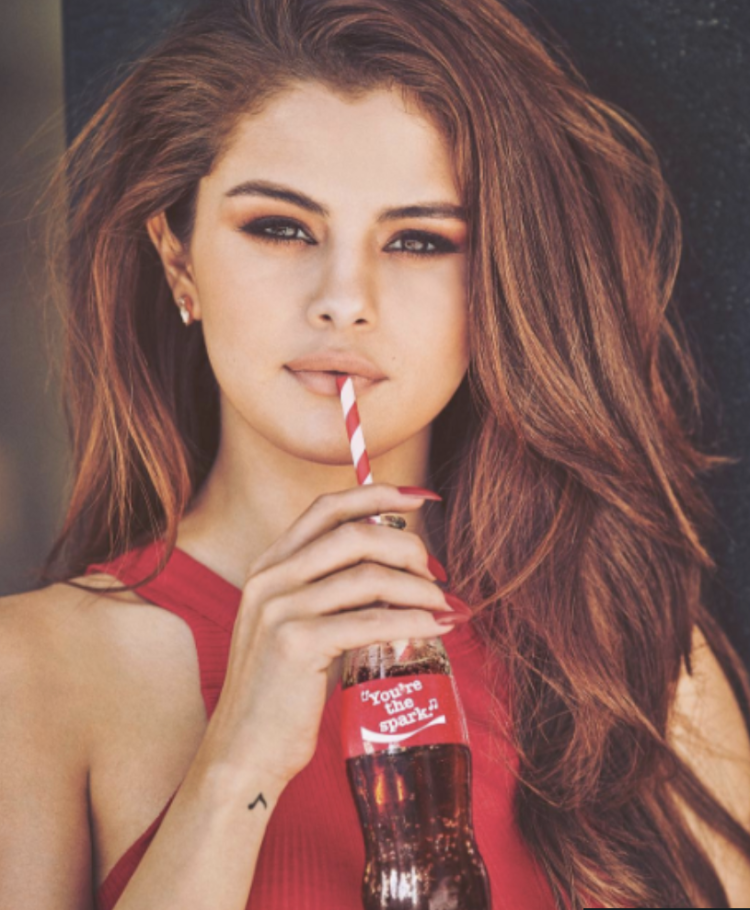 This photo changed the game, and at one point was the most liked photo on Instagram ever. Nothing more needs to be said.

We hope you enjoyed this fun little article. We’ll have more cool summer content coming in the next few weeks.