A dive into the couple behind the Eames Lounge and more. 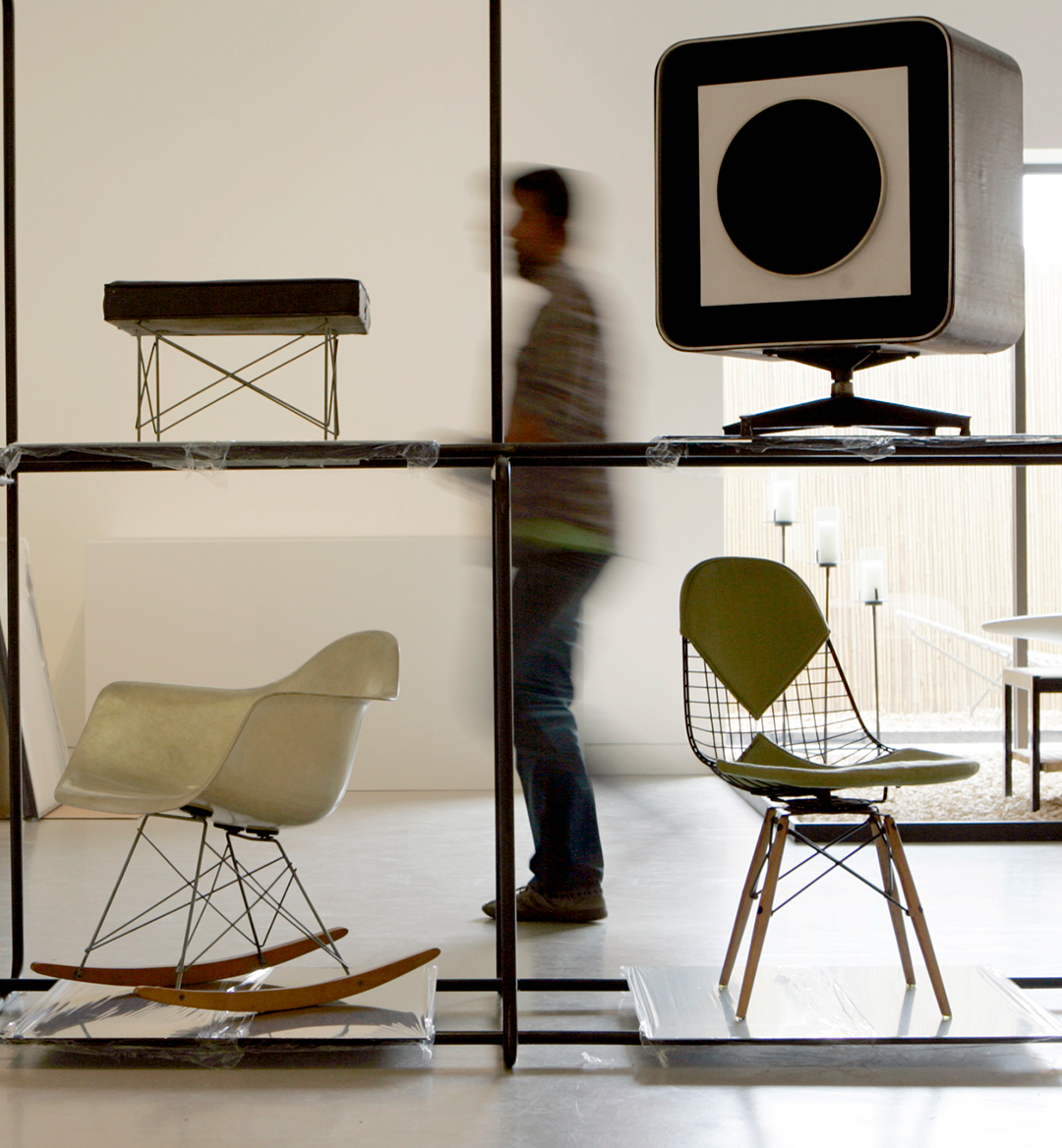 Mid-century modern furniture has become the prevailing style of interior design in much of the West, with images of Wassily chairs and Togo sofas plastered all over Instagram as the algorithm force feeds the same picture perfect living rooms down our throats day after day. Few designers, however, are household names as many are recognized simply by the products they created. Except Charles and Ray Eames, that is. 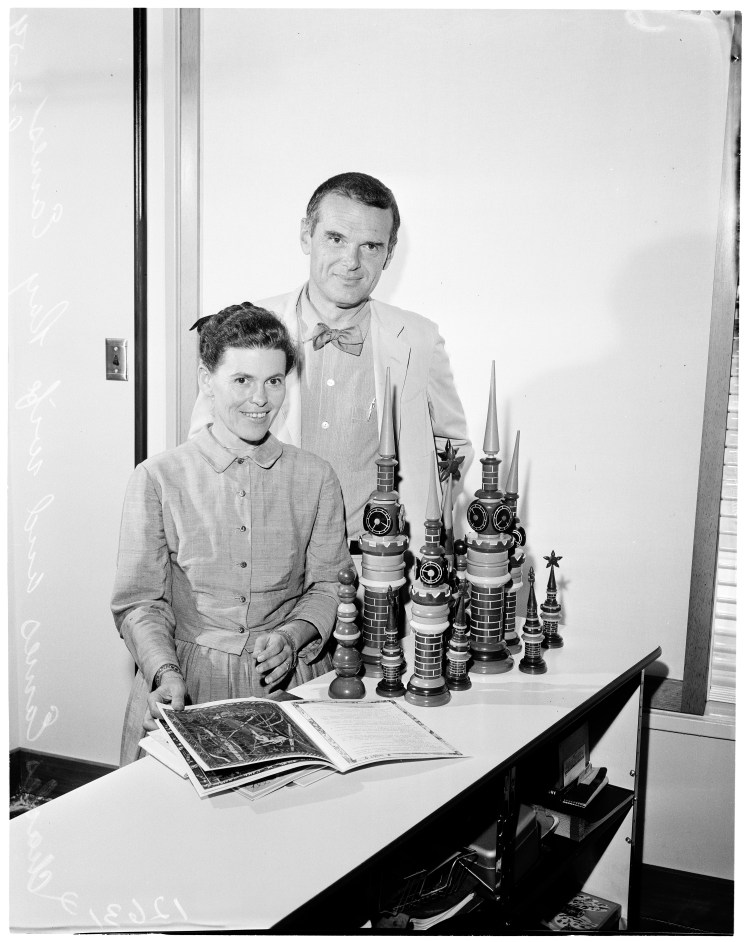 Known for their landmark designs like the Eames Lounge and the LCW, the husband and wife duo have arguably become some of the most famous industrial designers of all time. Through their Eames Office in Venice, California, the pair made pivotal contributions to the world of architecture and furniture, as well as fine art, graphic design, and film.

Charles and Ray met at the Cranbrook Academy of Art in Michigan in 1940. Charles attended the school on a fellowship on the recommendation of Eliel Saarinen, but became an instructor shortly thereafter. Ray intended to expand upon her previous education in abstract art in New York City.

That year, the Museum of Modern Art hosted a furniture competition, which Charles and his friend Eero Saarinen entered. Their goal was to mold a single piece of plywood into a chair. The Organic Chair was the result of this attempt and won first prize, but was ultimately considered a failure because the tooling for mass manufacturing the chairs had not been invented. Ray assisted the project, doing all of the graphic design for the entry.

In 1941, Charles divorced his wife at the time and married Ray shortly after. Their honeymoon consisted of a road trip to LA, where they would begin their careers as designers. Charles and Ray moved into an apartment in Westwood, where they used the spare bedroom to conduct their early plywood bending experiments. Eventually, they found a more suitable location to set up their office in Venice.

Much of the Eames’ early work was funded by a military contract, for which the couple created a one-size-fits-all splint using their bent ply techniques. The splints were a marked improvement on their predecessors, as the old metal traction splints often caused gangrene due to loss of blood circulation.

Using the funding from their military contract, Charles and Ray began to explore mass manufacture extensively. Bent ply designs like the DCW and Eames Lounge resulted over the next few years, with everything manufactured nearby on Washington Boulevard until the late 50’s. In 1958, Herman Miller, the sole producer of all Eames furniture (alongside its European counterpart Vitra), moved the production of all Eames products to Zeeland, Michigan, where the company was based. 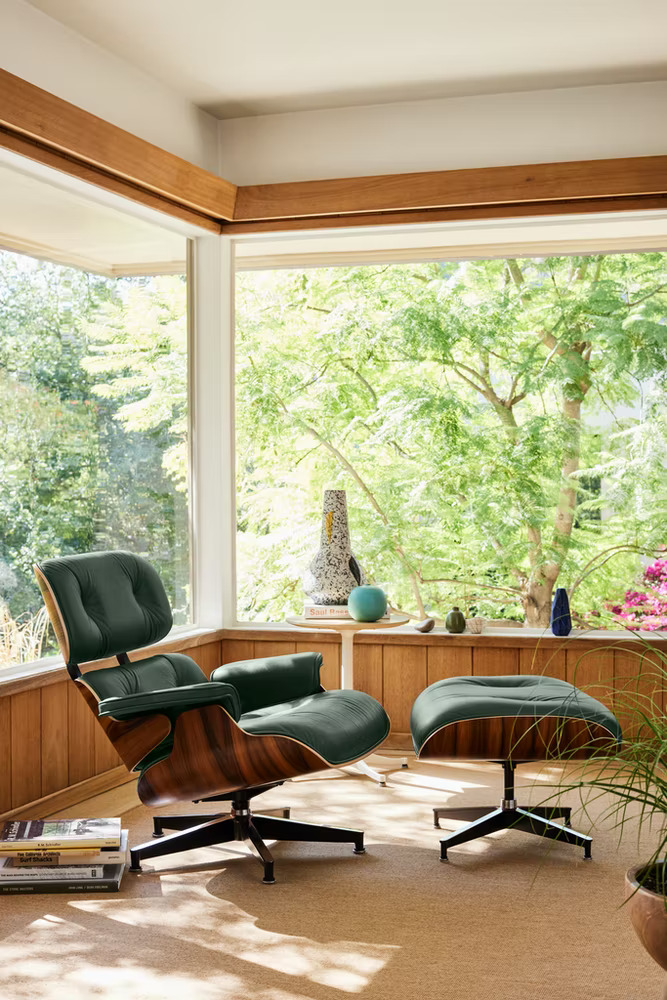 In addition to their pioneering work with plywood, the Eames office explored many materials that were relatively new at the time, such as fiberglass. Their molded fiberglass dining and armchairs have become some of the most popular Eames productions to date.

The Eames' furniture set a precedent for much of modern design thereafter, as the characteristic smooth curves enabled by their cutting edge production methods became immensely popular. These days, countless fakes and rip offs of their designs populate online marketplaces for a fraction of the price (and quality).

Charles and Ray were prolific polymaths, hardly limited themselves to furniture. Ray became well known for her printed fabrics, the most popular of which are the Sea Things pattern and Dot pattern. the Dot pattern in particular was a result of the Metropolitan Museum of Art's “Competition for Printed Fabrics” in 1947.

The pair was also well known in the film world, and created their first one in 1950, known as Traveling Boy. Odds are you've seen their films Powers of Ten, which were released in 1977. The two films depict the scale of the universe, both large and small, by progressively zooming out by a logarithmic factor of ten. They begin with a couple enjoying a picnic in a one meter frame. The camera then zooms to ten meters, then a hundred, and so on, until the field of view is 100 million light years across. Then, the camera zooms in once again, extending past the one meter mark towards the skin cells of the man at the picnic. The films end depicting a quark in a single proton of a carbon atom.

Even more famous than Powers of Ten is the pair's architectural work, most notable of which is Case Study House No. 8, known colloquially as the Eames House. Located in the Pacific Palisades just north of Santa Monica, the house was built as part of a housing program sponsored by Arts and Architecture magazine with the objective of showcasing economical homes that made use of wartime and industrial materials. Originally Charles and Eero Saarinen were commissioned to build Case Study House No. 8 and No. 9, which were to house the Eames family and John Entenza, the magazines owner and editor, respectively.

After materials for the houses were backordered, Charles and Ray spent much of their time on the property, leading them to design a second draft of their home that would eventually become the building we know today. Eero Saarinen had no part in the finalized design, although he did participate in designing Case Study House No. 9. Charles and Ray lived in the house from its construction in 1949 all the way until they died, and the house has undergone very little change. It is considered a landmark of modernist architecture, and is one of the most famous buildings built out of the De Stijl movement.

Charles passed in 1978, and Ray a decade later, yet their influence on modern design seems to only grow as time goes on. Nowadays, heirloom pieces like the Eames Lounge have become covetable "flex" pieces for hypebeasts as they come of age. However one might feel about that, Eames designs remain modern in perpetuity and its doubtful that they will ever go out of style. Charles and Ray have often been credited with "humanizing" modern design, as their eclectic mishmash of idiosyncratic home decor clashes with many of the fundamental ideas of modernism. Their maximalist interiors feel lived in, rather than being a contrived abstraction of some perfectly outlined life. That might just be what makes their work feel so universal, where an Eames dining chair feels just as elegant and intentional in a remote farm house or a high rise apartment.