The event was one for the ages 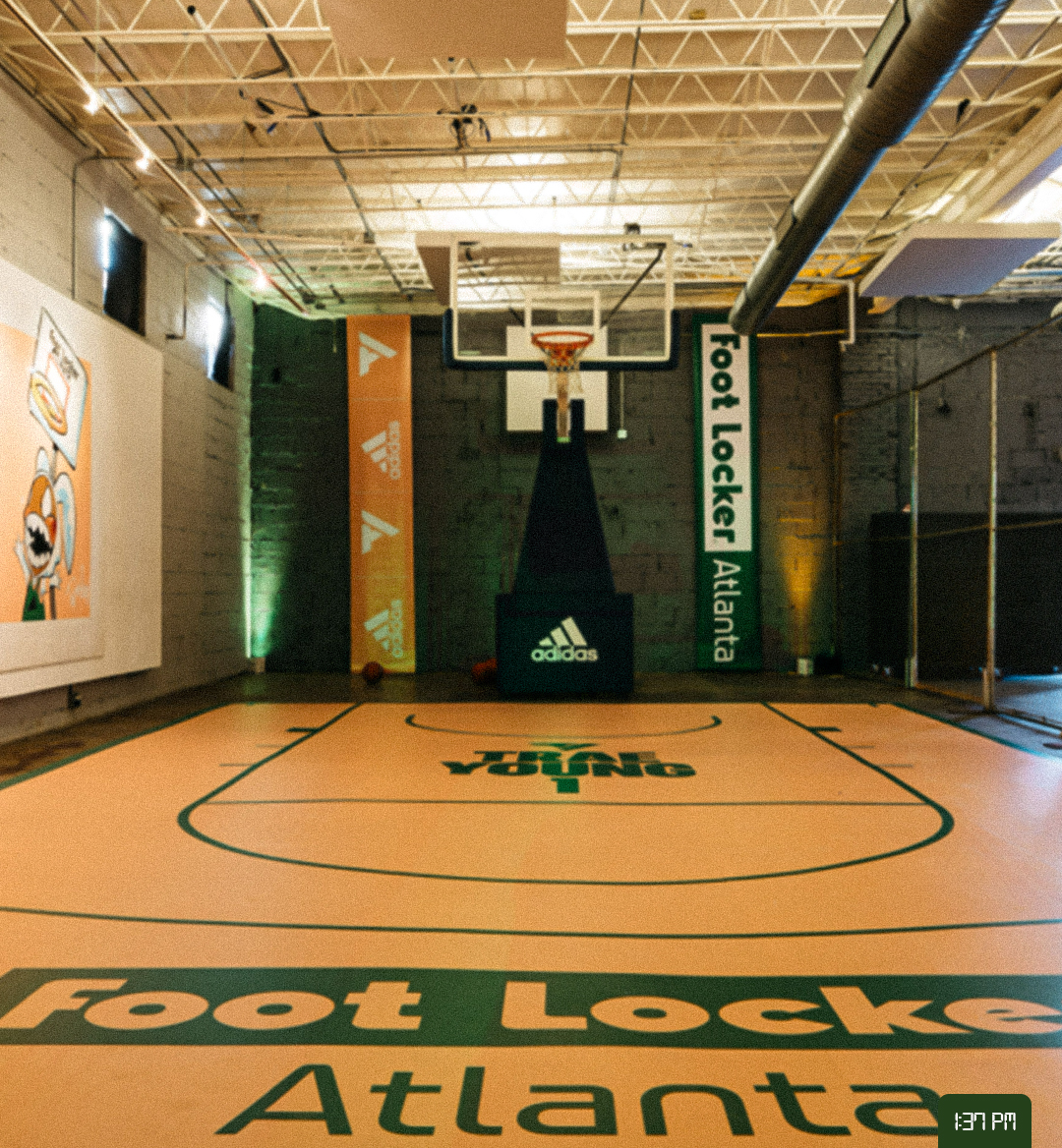 It’s a great time to be in Atlanta right now. The city is on fire with the Braves winning the World Series, and the Hawks are off to a great start as they look to build upon their success from last season. You had to know a signature collection was on the way soon for Trae Young, who is currently in the midst of releasing his first line with adidas. A little over a week ago, Foot Locker celebrated the launch of adidas x Trae Young 1 “Peachtree” in style, giving the 300 consumers who attended the opportunity to take a walk down historic Peachtree Street at The The WXLLXM in West Midtown. 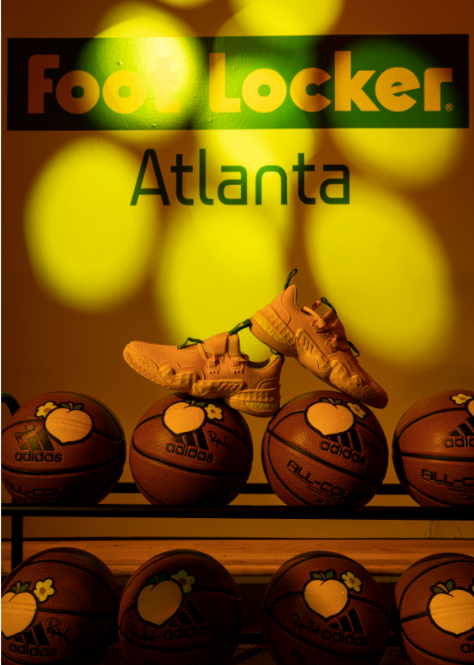 The event was the first opportunity to purchase the adidas x Trae Young 1 “Peachtree” ahead of this past Friday’s wide availability and activities which included  a “Trae Young Challenge,” custom sock tie-dye station and live art painting by Atlanta’s own Paper Frank and FRCKO RICO. Paper Frank also designed custom Peachtree-themed basketballs. Trae Young and local producer, DJ and songwriter Mike Will Made-It both made a virtual appearance to provide a special message for those in attendance. Hip-hop historian Nuface and Atlanta dance artist Meechie were in attendance as well.

We connected with Kaitlin Long, Atlanta Community Marketing Manager at Foot Locker to learn more about the event. 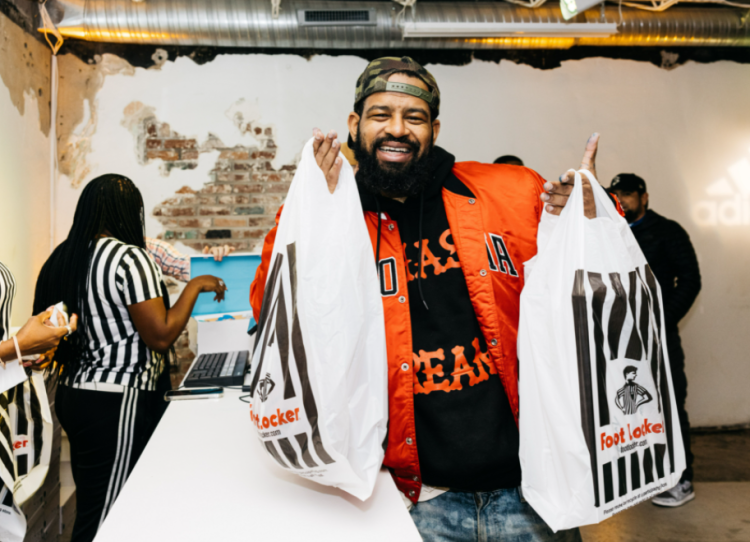 ONE37pm: Congratulations on the event. It looked amazing! Can you tell us what it was like?

Foot Locker: The event was everything I imagined and more for a sneaker release. From the moment you walked into the space, the compelling consumer journey started. You first entered into the retail space with the Trae Young 1 “Peachtree” on full display, baskets full of peaches and even a peach-themed basketball hoop setup. Stripers from Foot Locker greeted you at the counter, and with every purchase, consumers received an adidas basketball and Paper Frank art print to take with them into the larger activation.

Once you stepped into the activation space, there was a full on basketball court to hoop on, adidas sock tie dye station, pop-a-shot, NBA 2K gaming station and locker room style photo booth. Art from Rico and live painting from Paper Frank added even more excitement. The street signage throughout the space was inspired by taking a walk down the iconic Peachtree Street, while highlighting a shoe that couldn’t be more Atlanta.

ONE37pm: What was the inspiration behind the event? Why The WXLLCM?

Foot Locker: The inspiration behind the event was the significance that Peachtree Street holds in the city of Atlanta. Some of the most important venues and restaurants throughout the city are located on Peachtree Street, so the Trae Young 1 “Peachtree” was an opportunity for us to highlight that. Most people think of Peachtree and associate it with Georgia, which is known as the peach state. However, it’s much bigger than just that notion. It’s a signature road in the city of Atlanta, and anyone who’s from here will tell you they grew up on a road that had Peachtree in the name.

I knew it was important to not only have everything peach-themed, but to also pay respect to the city of Atlanta as a whole. That is the entire reason why THE WXLLXM made the most sense for an event like this. Grammy award winning producer Mike Will Made It owns the venue, and he alone is a representation of Atlanta. The venue was perfect for that reason, but also the fact that it was a clean slate where I could come in with the agency Six Degrees and bring to life every aspect of the event that I had envisioned. 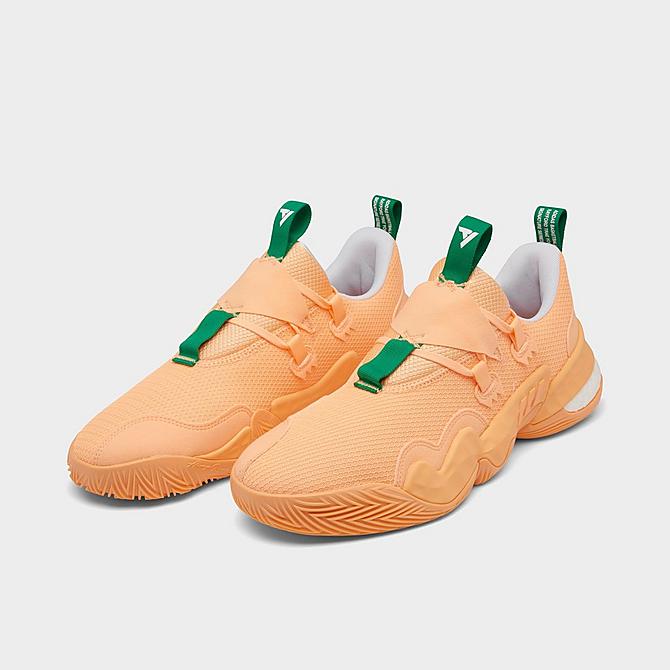 ONE37pm: What about selecting the talent? What went into that process?

Foot Locker: Selecting talent was the easy part! Since Mike Will owns the venue and has a relationship with Trae, it was a natural integration to have him involved in the Zoom Q&A session at the conclusion of the event. That’s one thing about the city of Atlanta -- the movers and shakers within the city are eager to support and uplift their very own. It’s why the 300 person turnout through the 4-hour event was no surprise to all who were involved too!

ONE37pm: I know you all are getting the community heavily involved. Could you just speak a little more about that?

Foot Locker: If there’s no community involvement, then it doesn’t make sense. After 2020, people wanted to know that brands believed in something bigger than selling products, and Foot Locker is one of those brands. Atlanta is a city that values the giveback, so community comes naturally here. We hit the ground running in May 2021 with events that have empowered this city, and the momentum continues to build. From talent like Mike Will and Trae to Lil Baby and Gunna, the movers and shakers in this city have supported every move for the community so far, which makes it even more exciting to keep going!

ONE37pm: Any future events in the works?

Foot Locker: Yes, this holiday has some exciting things on the horizon! Foot Locker Atlanta will be renovating the weight and locker rooms at 2Chainz’s former high school North Clayton at the end of this month. There will also be a Giving Tuesday giveback in light of the Thanksgiving holiday that involves community partners and organizations, and a toy drive in December, where we’ll partner with some of the movers and shakers in the city to help amplify. Follow @footlockeratlanta on Instagram to keep up with what’s happening and even catch recaps from earlier community events. 2022 is looking even better!

TOMs and Wildfang Link Up For a Collaboration

Blokecore: Footballer Fashion is Having a Renaissance