Happy Birthday to Slash! We're looking back on the group's fashion impact 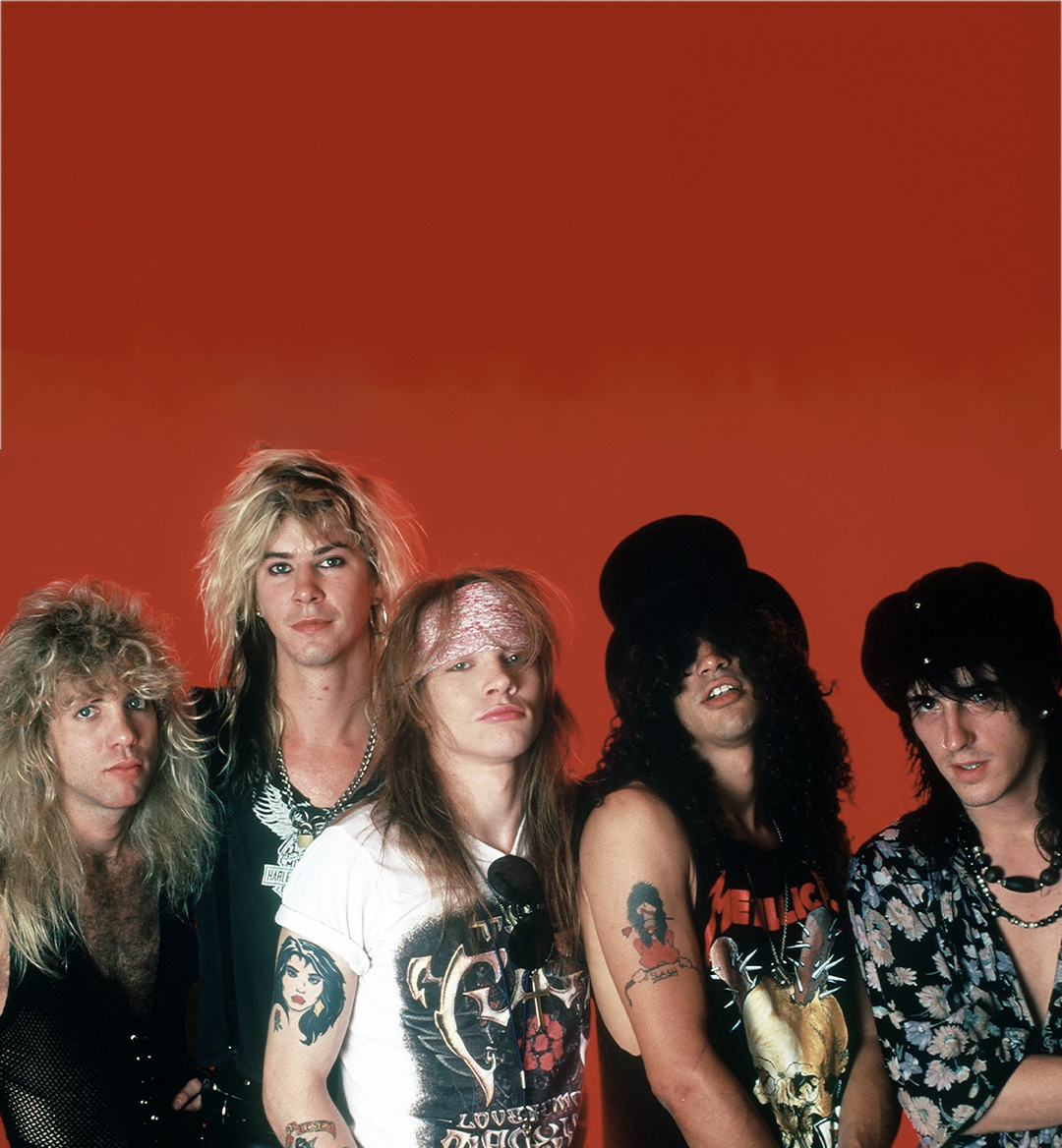 Today marks the 57th birthday of the legend Slash, so it’s only right that we continue our style history series with one of the most iconic rock bands of all time, Guns N’ Roses. Formed in Los Angeles in 1985, the band instantly set the rock world on fire with their bold expressive music and clothing, with Slash himself developing his own unique style that would eventually take the world by storm. 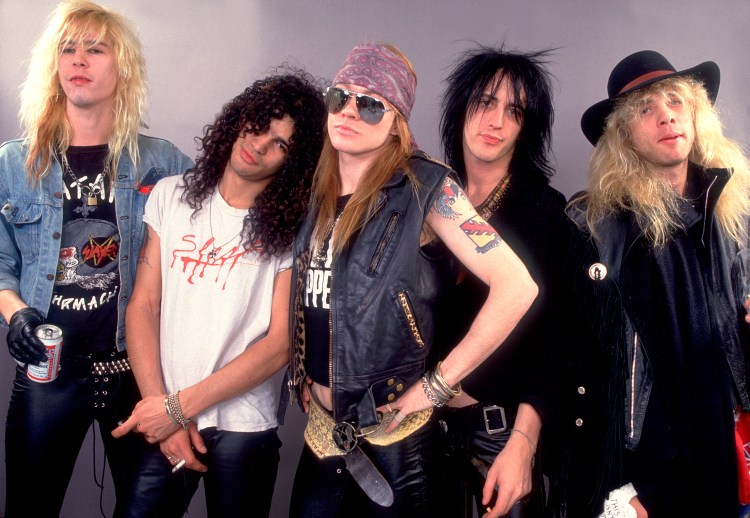 Whether it was the leather jackets, top hat, or ripped clothing, Guns N’ Roses have certainly made their mark in the fashion universe. Let’s take a look back at how it all came together.

Guns N’ Roses released their debut album Appetite for Destruction on July 21st, 1987, achieving national success the following year with the singles “Welcome to the Jungle,” “Sweet Child o’ Mine,” and “Mine.” The album eventually became one of the best-selling albums ever, and it was during this time that we began to see the early markings of the group's fashion.

We were also introduced to Slash’s top hat for the first time during this era (which wound up becoming his signature look), and we also saw the group rocking tank tops, leather pants, leather jackets, and bandanas. 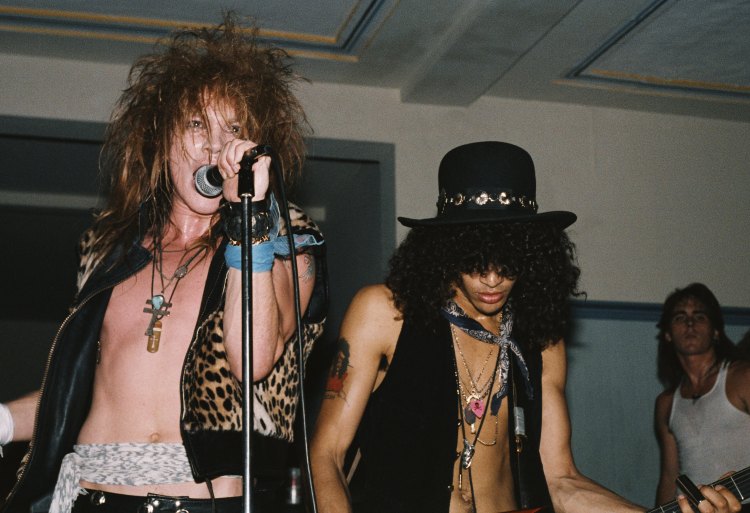 As Guns N’ Roses continued gaining massive popularity, they struck gold again with their sophomore album G N’ R Lies. With the album being released during the tail end of the 1980s, we saw some fashion changes, but for the most part the group kept the core look they sported for their debut, which was 1980s/1990s rock n’ roll at its finest.

By the time the group released their widely successful two-part album series Use Your Illusion I and Use Your Illusion II, it’s safe to say that they had already become fashion icons with their own individual style. Guns N’ Roses weren’t Metallica, Nirvana, or the Rolling Stones, both with their musical and fashion style, and those groups weren’t them, which is something that Slash in particular was very proud of.

A chance encounter with Styx guitarist Tommy Shaw led to Brown getting his first major work in the industry, paving the way for him to work with Bon Jovi, Barry Manilow, Cher, and…you guessed it, Guns N’ Roses. If you could pick a musical genre that best defines Ray Brown’s designs, it would definitely be heavy metal, which was heavily reflected in the pieces he styled his clients in.

As we mentioned before, no other rock band or artist was anything like Guns N’ Roses, and when it came to their style it’s possible that the group could take the honors of having the most “heavy metal rock” look (though Motley Crue might like a word). Like so many other artists, however, Brown only enhanced the style and ideas that Guns N’ Roses presented him, as each member had their own individual style that was reflective of their musicality and personality. 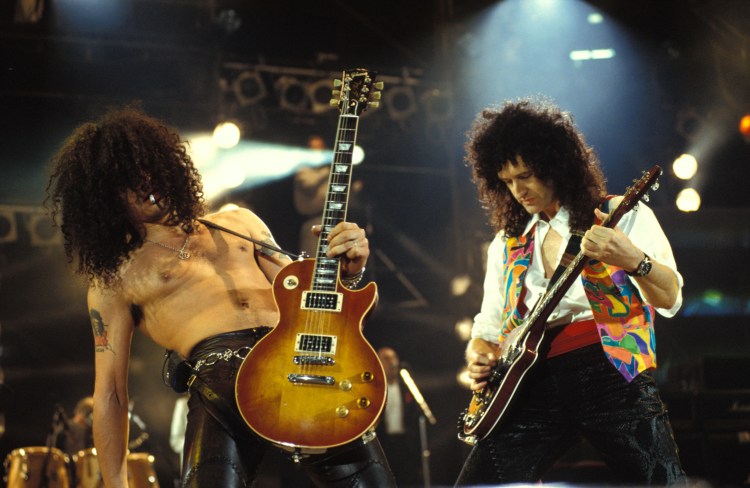 From the very beginning, Slash always maintained that Guns N’ Roses wanted to go down a different direction than their contemporaries. Remember, the band debuted in 1987, a time where we were still seeing trademark 1980s fashion in the form of big voluminous hair and heavy makeup. 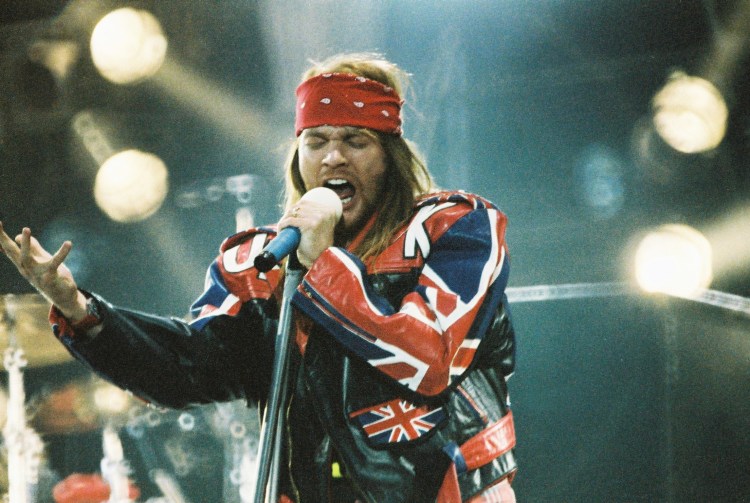 While the group were very much “rock stars” in terms of their overall look, there was an element of their style that was more street and toned down in the sense that they could walk down the street, and blend in with the crowd. You could even say that from a rock perspective, Guns N’ Roses played a part in ushering in that early 1990s style we saw amongst rock bands like Nirvana and Green Day.

Thirty-five years after their debut, Guns N’ Roses is still out there rockin, rollin, selling out concerts, and doing so in style. Their style. Happy Birthday to one of the GOATs.