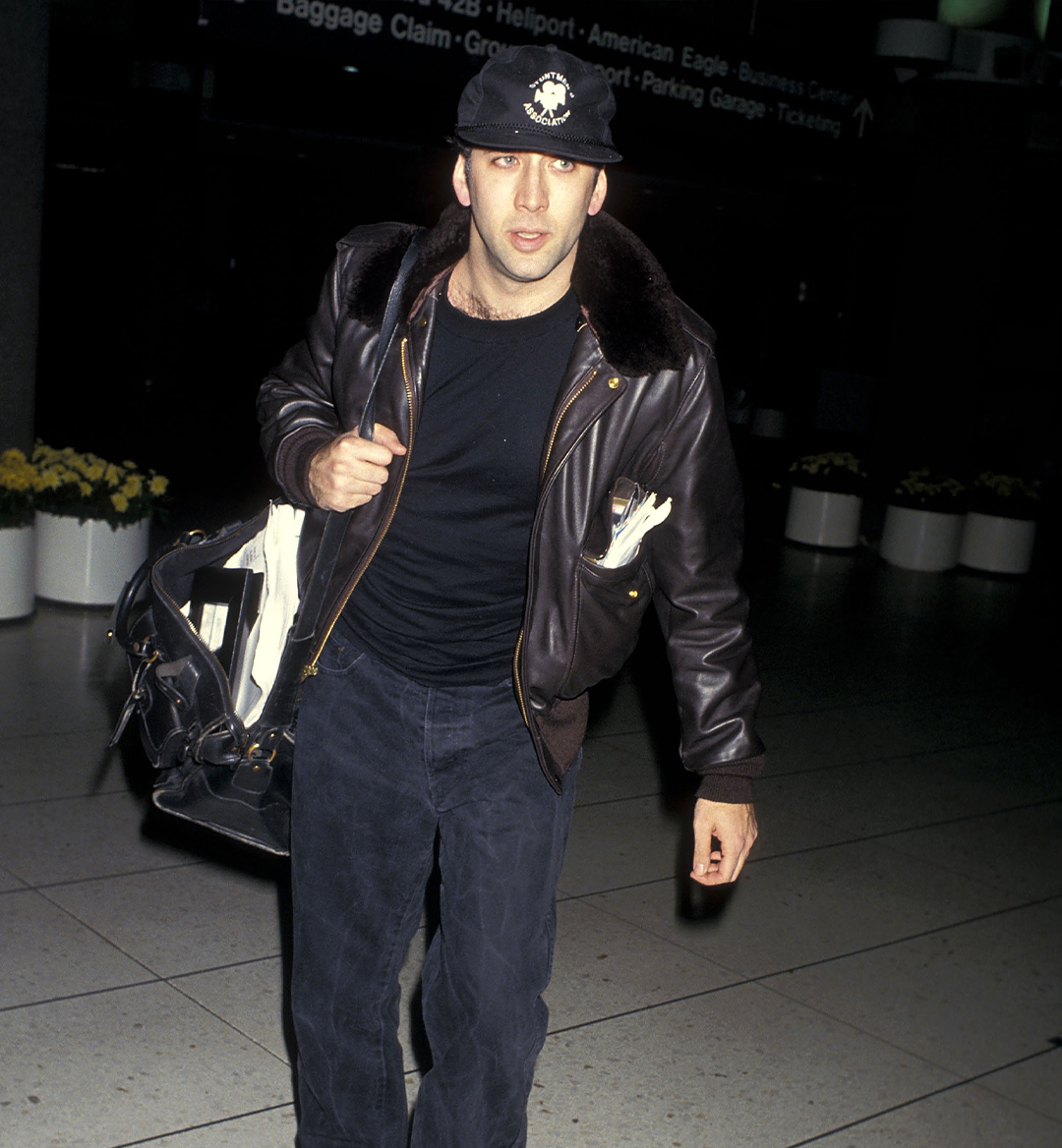 Paparazzi are a universally hated, yet somewhat integral part of modern celebrity culture. The vast majority of their time is spent harassing Hollywood actors and musicians, and while celebrities undoubtedly deserve privacy, paparazzi photos grant us common folk a little bit of insight into the lives of the world’s elite. Most of all, we get to see their outfits when they’re really out, not dolled up by the latest trending fashion designer at a red carpet event. There’s one genre of paparazzi photo that stands out above the rest, though: airport fashion.

Airports are more or less a stressful experience for everyone, regardless of wealth, so most people opt for the most comfortable thing in their wardrobe to ease their cortisol levels. But celebrities are celebrities after all, and have found plenty of ways to fuse comfort and style over the years.

What is "Airport Fashion"? 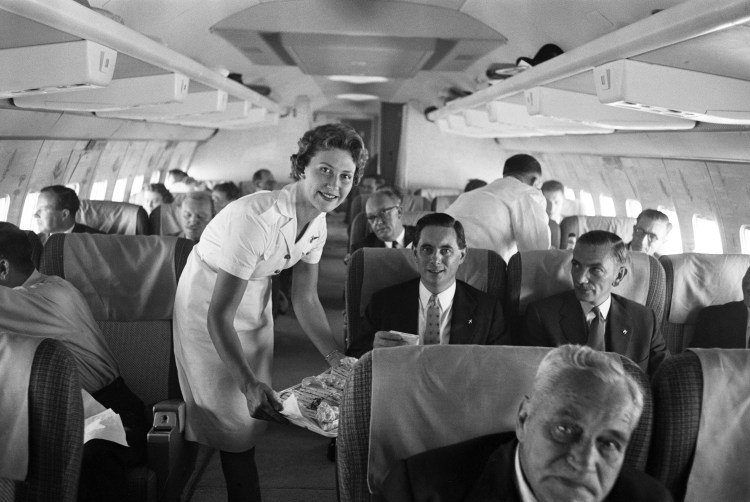 When air travel first became accessible, many treated it like a special occasion, donning their finest duds for their trip to the sky. As the mode of transport has become more mundane, the glitz of the nascent era was shed for a growing commitment to comfort.

In the present day, everyone has a slightly different approach to airport fashion. But we all integrate some aspect of our personal style punctuated by a commitment to remaining comfortable on a lengthy journey. The 90s were an incredible era for the development of the style, seeing celebrities begin to don notable looks while maintaining a pedestrian quality. Below, we take a look at how the evolution of the style has branched off into numerous approaches to getting dressed for travel. 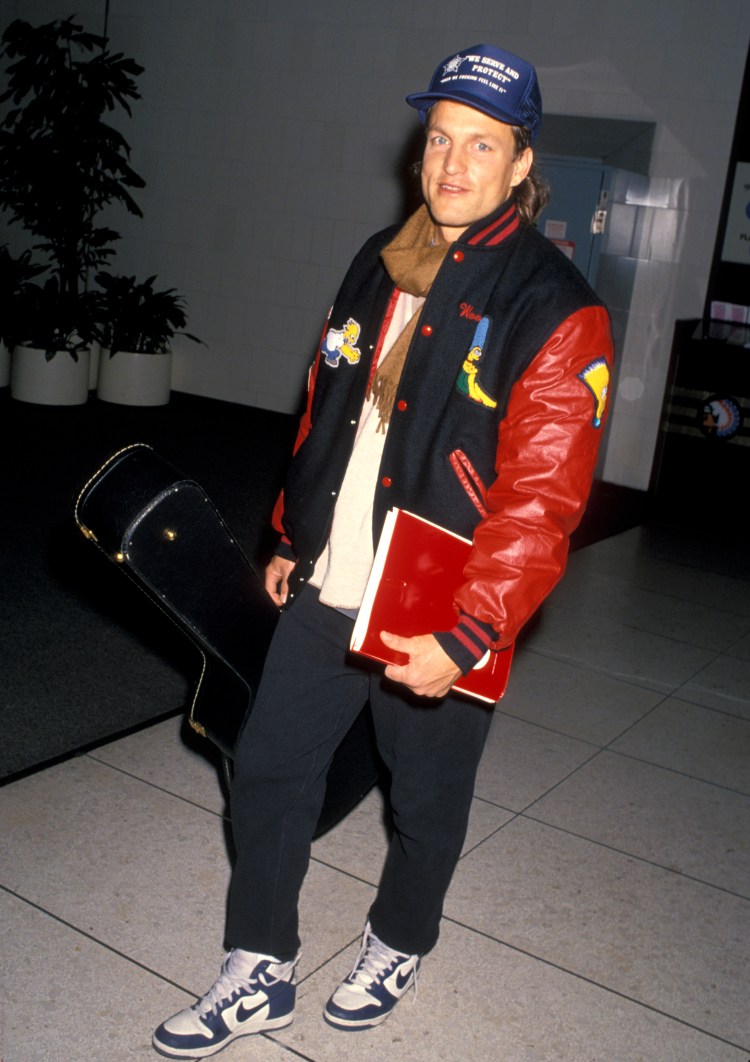 Looking at this 90s fit from Woody now, it’s almost prophetic. Obviously style is cyclical to some degree, but combining the trucker hat, varsity jacket, and dunks, is contemporary fashion in a nutshell. Primary colors just always work, and the contrasting blue and red throughout with little hits of yellow from the Simpsons characters just tie together so nicely. I mean, he even matched his notebook. Coming from a 2022 angle, I might have ditched the scarf with this one, but like I said earlier, comfort is key. 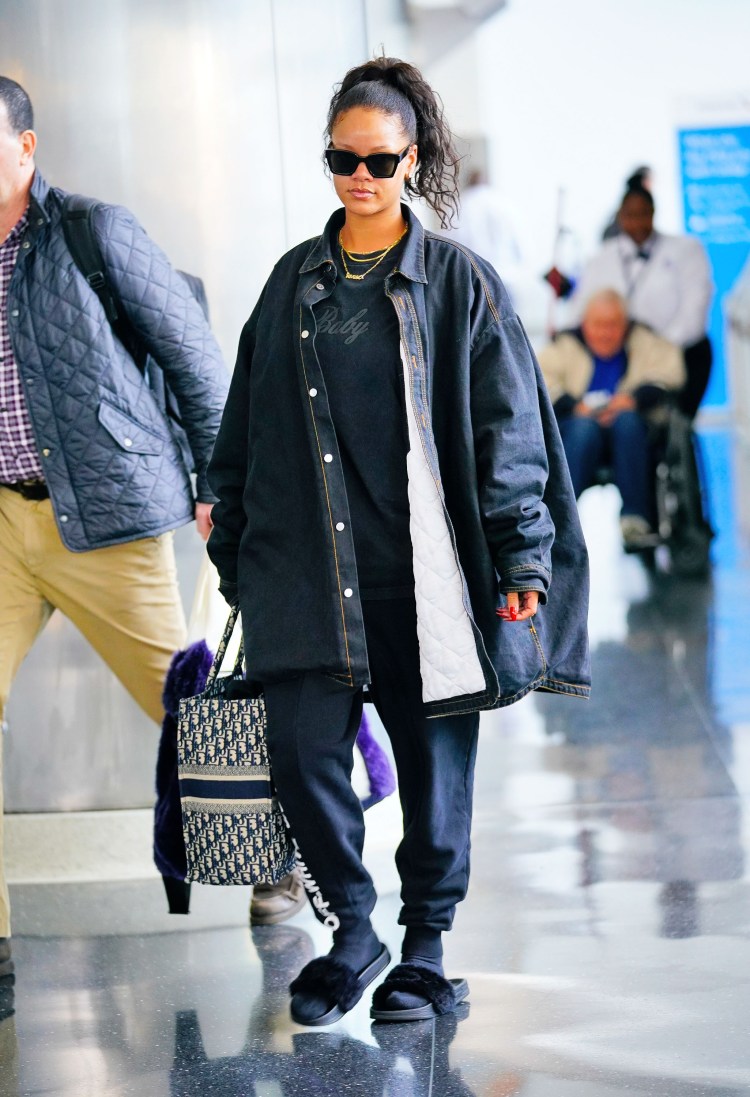 There’s no way Rihanna flies commercial flights anymore, considering she’s a billionaire, but we’ve been lucky to catch snapshots of her before all of Fenty’s success. She’s always dressed well for every occasion, and this outfit is the embodiment of quality airport attire. She’s gone full comfort, but never fails to take proportions into consideration. The massive denim jacket with quilted lining not only looks ridiculously comfortable, but it creates a striking silhouette that works well with the slimmer Off-White sweats and fuzzy slides she has on. Virgil’s trademark white text ties well with the glimpses of white quilting peeking from the inside of the denim jacket, and the subtle change from navy to black splits the outfit well from top to bottom. Top it off with a Dior tote and you’ve got yourself a banger. 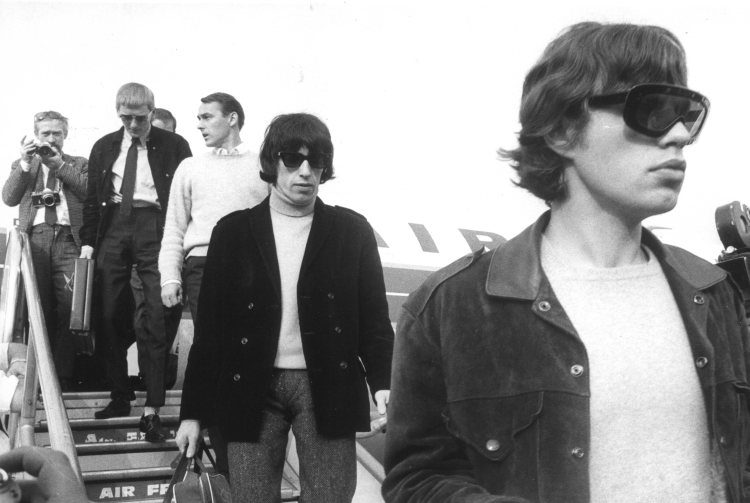 We’ve got a twofer here for you guys. Sadly the only photo I could find is in black and white, and doesn’t capture all of Mick Jagger’s outfit, but it does nab the part that matters: those insane ski goggle-esque sunglasses. This photo is from 1965, but I think those sunnies could come out in a Prada collection next year and nobody would bat an eye. His jacket has a beautiful fit that probably inspired Hedi Slimane, and even in black and white you can tell it has an incredible suede-like texture to it.

Let’s not forget Bill Wyman either, who kills it with the classic 60s turtleneck and 3-button jacket combo and some nice wool pants. Plus, his sunglasses are insane too. I need them both. 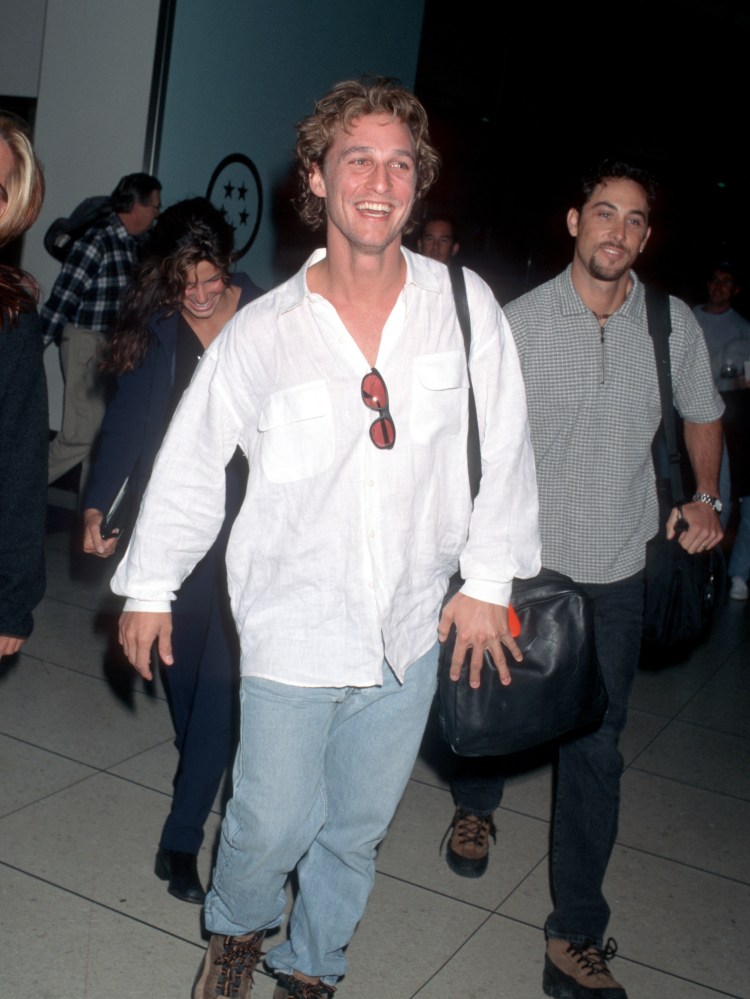 Man, I love this one. It’s so simple it’s almost hard to allow it in this list, but everything works so well I can’t resist. Colors and textures are on point here, with the softness of the shirt (that’s presumably linen or some other light material) pairing well with both the light wash blue jeans and the black leather bag he’s got on. Add in some sleek Oakley-style sunglasses and a pair of hiking boots and I’m sold. It’s 90s nostalgia straight to the bloodstream and I love it. Also, if you look at almost any picture of Matthew from 1997, he’s probably wearing those sunglasses. Man loved those damn things. 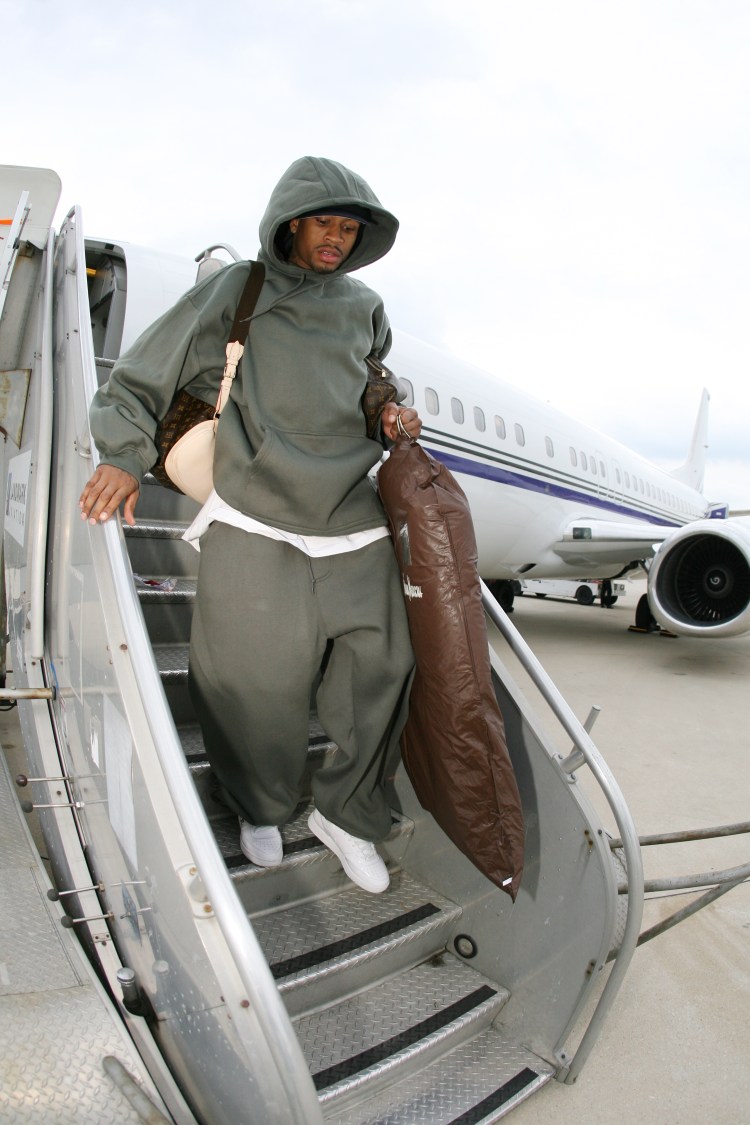 Okay, I did say the last one was borderline too simple so this one shouldn’t really make the cut either, but Allen Iverson’s swagger is simply inimitable and it’s a textbook airport fit. They just don’t make players like this anymore. The monotone sweat suit would be relatively mundane if it weren’t for the beautiful 2000s proportions, but the fit of a piece matters more than anything else. It’s a really nice shade of gray that pairs well with the white tall tee and sneakers, and then the iconic Louis Vuitton duffle really takes this to the next level. It’s summer in New York and I want to wear a sweat suit right now, so that should tell you something. 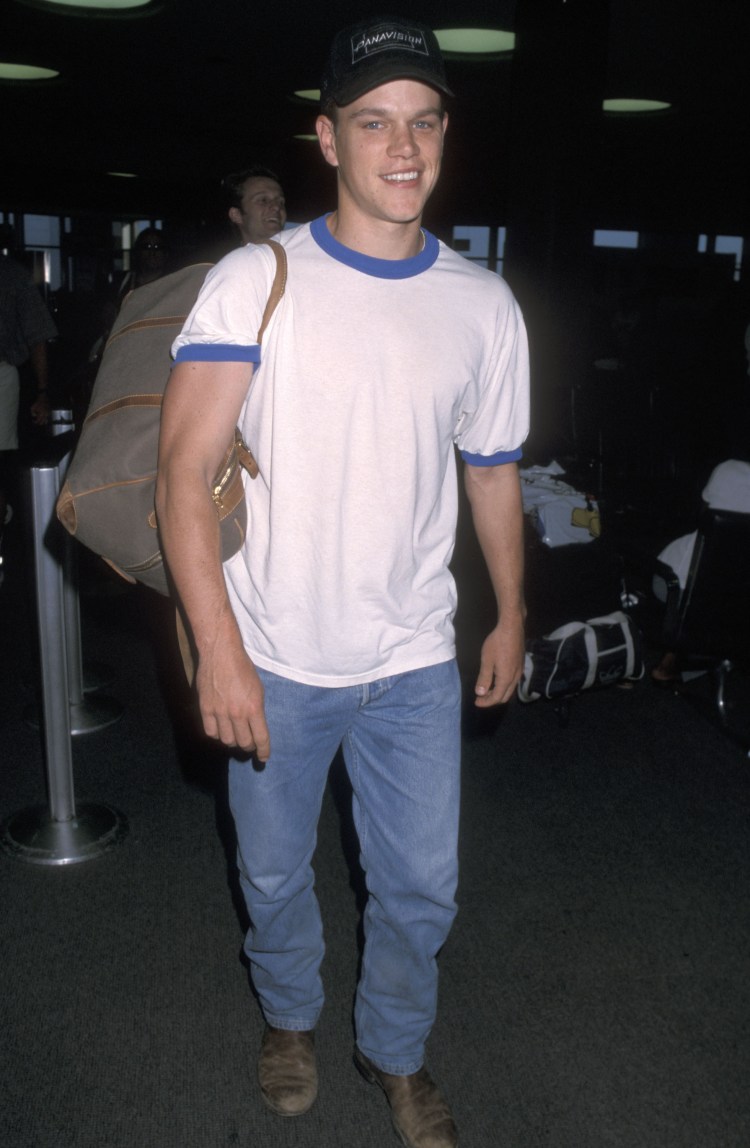 This really looks like an outfit pulled right out of 2022. A pair of light wash jeans paired with boots, a ringer tee and a trucker hat is the kind of outfit you're likely to see on the IG explore page. It perfectly encapsulates airport fashion; wear something that's comfortable, but make sure you're looking good. 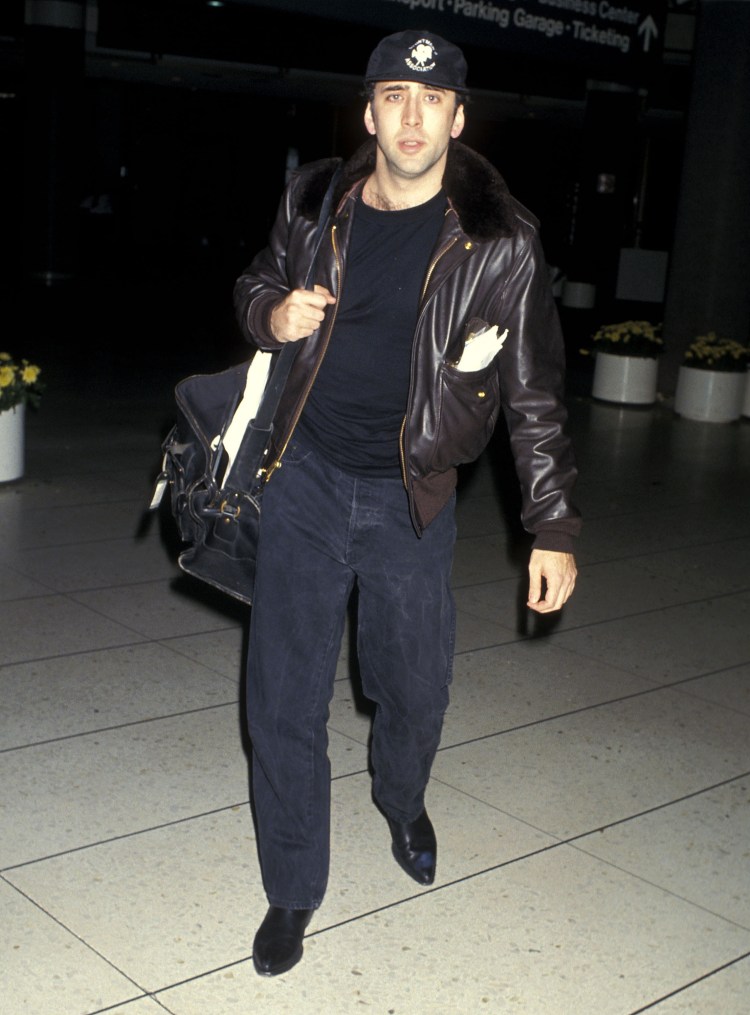 Jeans were clearly the go-to pants for men taking to the skies throughout the 90s. The fit of this black pair coupled with Nic's vintage bomber jacket and pointy boots is an unbelievably cohesive fit that would be just as appropriate at the airport as it would on the streets of NYFW. 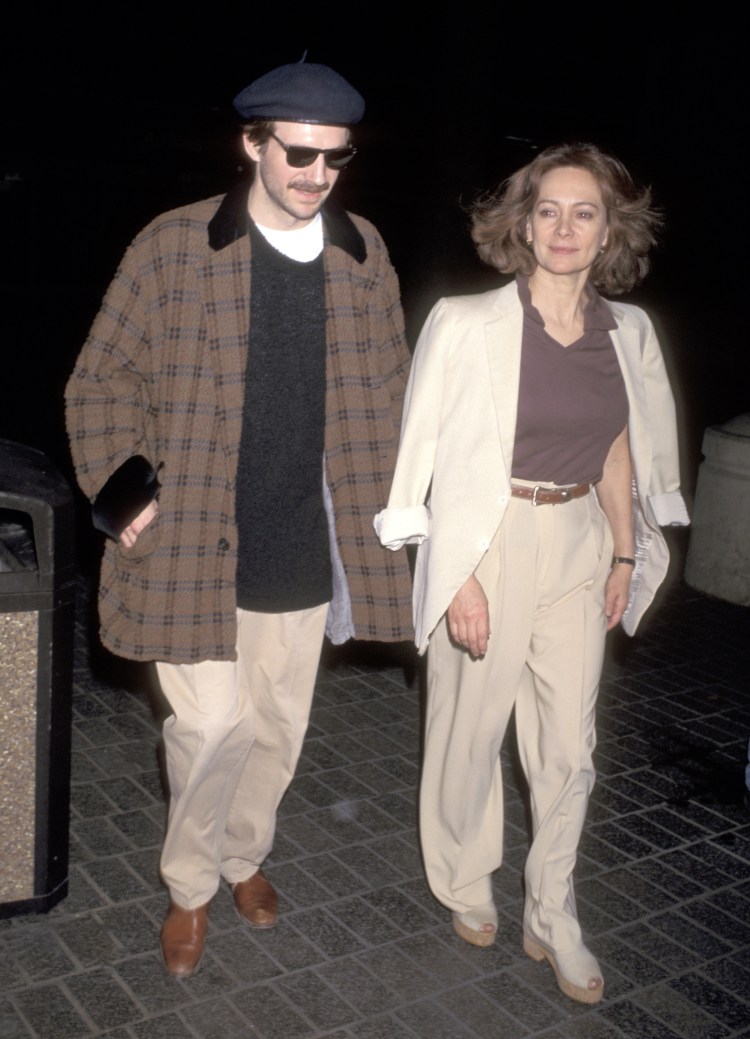 This is an absolute all-timer from Fiennes and his then-partner Francesca Annis. The jacket alone is a grail-level piece. Paired with some loosely fitting khakis and a slouchy sweater, the whole outfit just seems unbelievably comfortable. It's also nice how the two of them are matching, and Fiennes' beret is just the cherry on top. 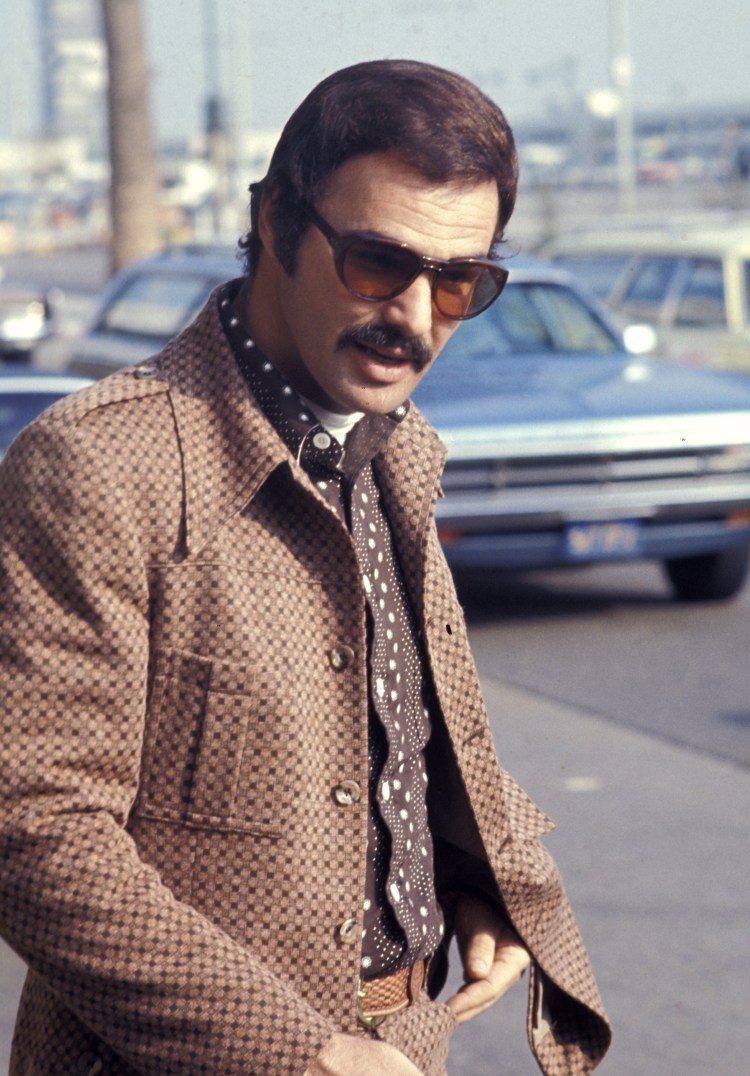 No one can power-clash conflicting patterns quite like Burt Reynolds. Lesser men—who boast lesser mustaches—probably couldn't pull off this turtleneck under patterned shirt under patterned four-button suit combo. But on Reynolds, it looks like the most comfortable and appropriate outfit he could possibly wear. Hats off to Burt for this powerhouse of an outfit.