How to Start a Market-Disrupting Sneaker Brand 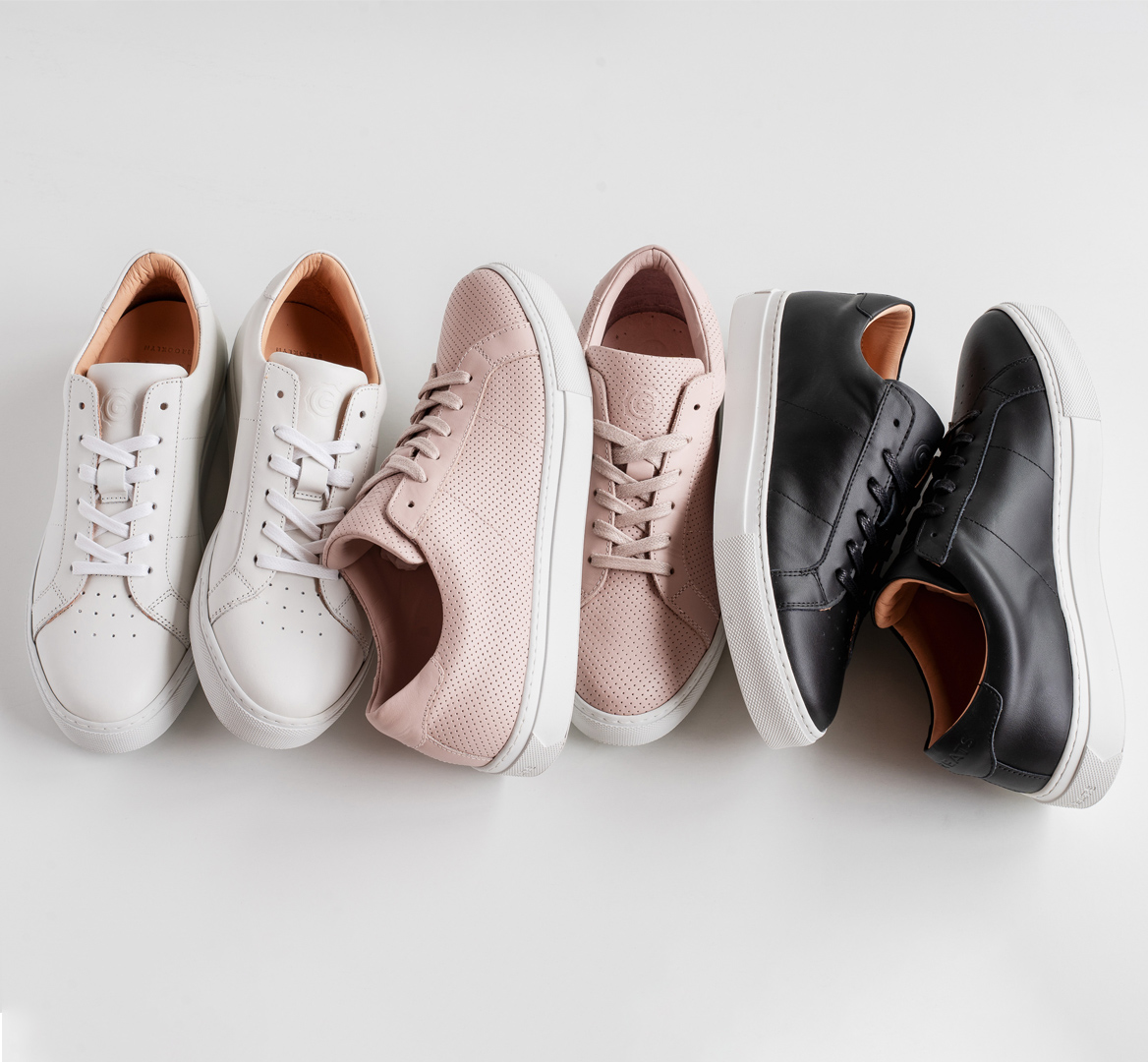 Digitally native brands are buzzing at the moment, with innovative companies like ethical cashmere start-up Naadam making headway in the direct-to-consumer luxury goods space. Ryan Babenzien, the CEO and cofounder of a sneaker line called Greats, is doing the same for sneakers. Founded in August 2013, the brand has successfully raised more than $15M in funding in the past three years alone with nothing more than a brick-and-mortar store in New York’sSoho neighborhood and placement in select Nordstrom stores. But a cornerstone of the business’s success is e-commerce.

The unisex sneakers are offered in a single, minimal silhouette—the Royale—in a selection of core colors and rotating seasonal hues. They retail for $99 or $179, for the knit or leather version, respectively. The simple construction combined with luxury materials makes for high style at an accessible price point, and the brand caters to millennial consumers who gravitate toward Greats’ social-first marketing.

Babenzien’s fashion entrepreneurial roots took shape consulting for shoe companies like Eckō Unltd., Mecca, Puma and K-Swiss. In 2010, he became the CEO of Boast, a retail tennis brand known for its Japanese maple leaf logo. It was with this vast knowledge of fashion retail that Babenzien founded Greats in 2013 with his friend Jon Buscemi.

In six short years, Babenzien’s brand has shifted the traditional sneaker supply chain. He came to ONE37pm’s headquarters in Hudson Yards to chat business. His succinct comments on entrepreneurial advice, pivotal-moment strategies and the biggest pitfalls of venture capital money are gold.

If you were looking for investments on Shark Tank, what would your elevator pitch be?

Ryan Babenzien: At Greats, we’re building a modern, luxury footwear brand that is disrupting all the incompetence. That would be it.

If you were chatting with a young entrepreneur who wanted to launch a sneaker line, what key things would you tell them?

Babenzien: You need 100 percent conviction when you launch anything, sneakers or otherwise. Make sure you understand that your life will change—not likely in the glamorous $1 billion stories that you read about. That level of success is an outcome that could happen, but it’s not going to happen quickly. Prepare to dedicate five solid years of your life to building something meaningful. If you could picture waking up every day for a year and committing to one idea, I say give it a shot.

How long ago did you launch?

Babenzien: We will be five years old in June 2019. I think we’re in an incredible place. We’re considered to be in the same class as the great digitally native brands. We still think of ourselves as really young and we have a lot to do, but we’ve accomplished a lot and we’ve made it past early-stage, high-risk moments. There are lots of mistakes you can make when you’re in the early, early, early stage. As long as you correct them, you should always take risks. Learn from them.

Can you speak to any of those turning-point moments where everything could have gone really wrong?

Babenzien: Production was delayed many times. When you are a digitally native company, with your stuff selling online, it’s a problem if you don’t have any inventory. You have to satisfy your customer on a day-to-day, hour-to-hour and minute-to-minute basis. That doesn’t ever change, no matter how big or small you are. The line between success and failure is so narrow. For example, Nike is a great brand, but they just recently had something happen where their marquee player had a shoe fall apart in the middle of the biggest game of the year. Nike is 55 years old. They know how to make shoes. If you’re a six-month-old company, that kind of PR disaster can just destroy you.

What is your strategy when an issue presents itself?

Babenzien: Take it one by one. There’s no playbook. You start asking what’s the right thing to do? Or how do we correct this? Is it our fault? Sometimes it’snot, but that doesn’t matter. The customer thinks it is. My approach was to just make sure we were doing the right thing and communicate that, because you’re not going to be perfect. There’s no “perfect.” You just have to be transparent when you make a mistake, and when something happens that wasn’t your fault, you have to still communicate it.

Can you talk me through your investments history? Where did you start and where did the capital come from?

Babenzien: We did the traditional early-stage investments. We raised a friends and family round, and then we raised an institutional round from an early-stage venture backer. Then we raised a little more capital from an additional venture and private equity fund. Our type of business needs capital. Making shoes in Italy is expensive. It just costs money. But you need cash to make the stuff, right? And I think the trick is to raise the right amount of money. Looking back, we probably raised too little, but it allowed us to work a little harder and focus a little differently and be capital efficient. But you should raise money. You need to raise money to build. It’s just how much you raise and when and all that. Those are the considerations you should spend time on. I don’t think people should be enamored with a valuation and raising the most money. They should be focused on raising whatever the right amount is for them and doing the most with that.

I don’t think people should be enamored with a valuation and raising the most money. They should be focused on raising whatever the right amount is for them and doing the most with that.

Babenzien: Who is your favorite kid? [laughs] I don’t have a personal favorite, but I do wear one style the most and that’s the Royale, which is our best seller. I’m wearing a salmon color that’s not even out yet. One benefit of being a founder is that you get to wear test, and I’m in love with this color. This silhouette, though, is the one that I wear a lot. I love it.