38 years to the day, we are taking a look back at the fashion behind the tour 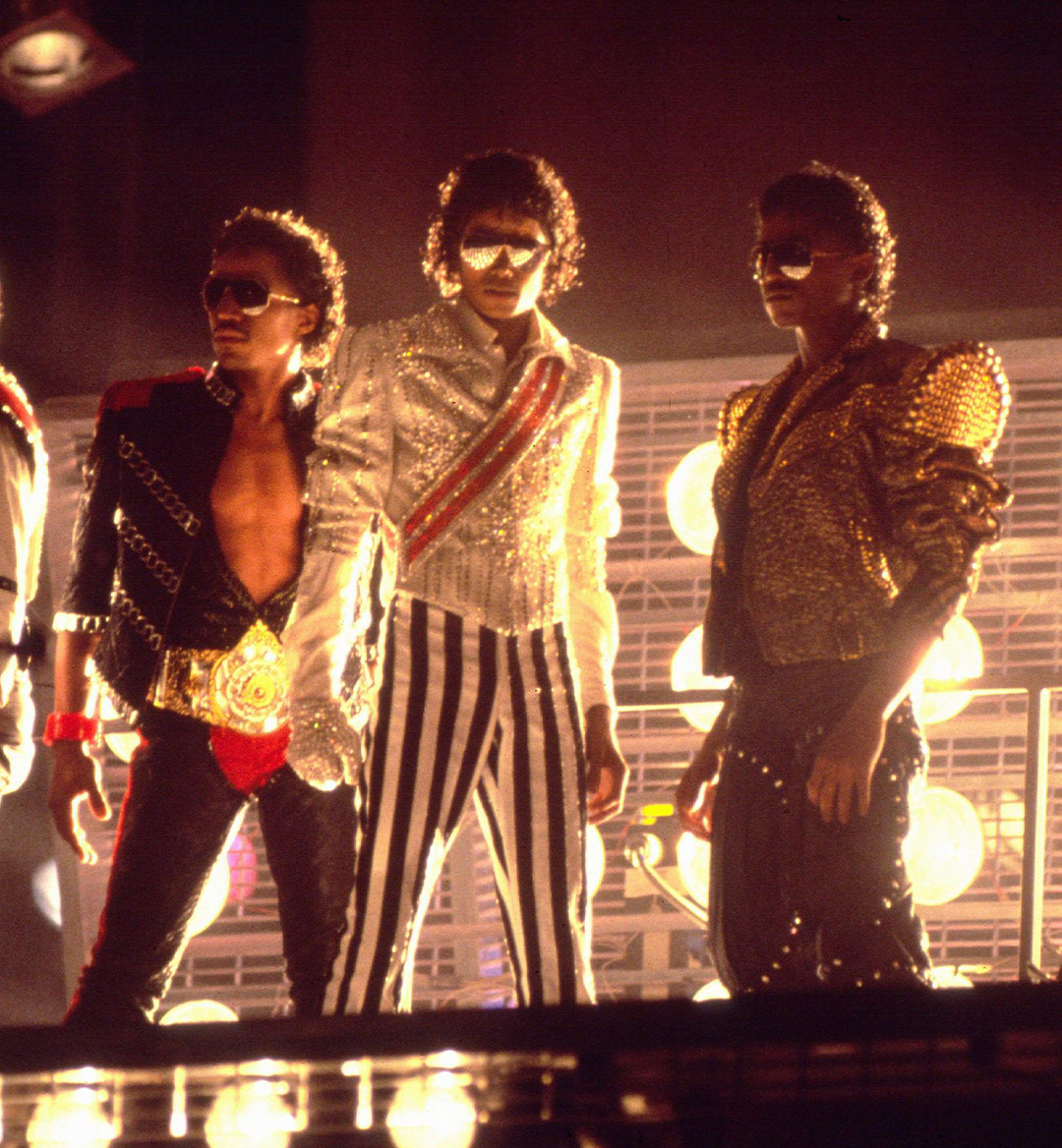 Welcome to our ONE37pm Classic Style Series, where we take some of the best cultural moments in entertainment history, and look back at the style behind them. Let’s rewind all the way back to 1984. July 6th, 1984 in Kansas City, Missouri to be exact. A wondrous time in music, fashion, and history. The summer of ‘84 was a memorable one for plenty of reasons, but none more important than the fact that it was The Jacksons aka The Jackson 5’s last tour as a group.

Now aside from that, what else made the Victory Tour so special other than the incredible talent that was on display night after night? Well, for starters, the Victory Tour is considered Michael’s official tour for Thriller, and the style was phenomenal. So phenomenal that those pieces have since been preserved (starting price is $5,000 for those wondering).

For our concert edition of this series, we’ll be looking at the outfits for each set change, the designers behind them, and the merchandise that was available for the tour. Rock on. 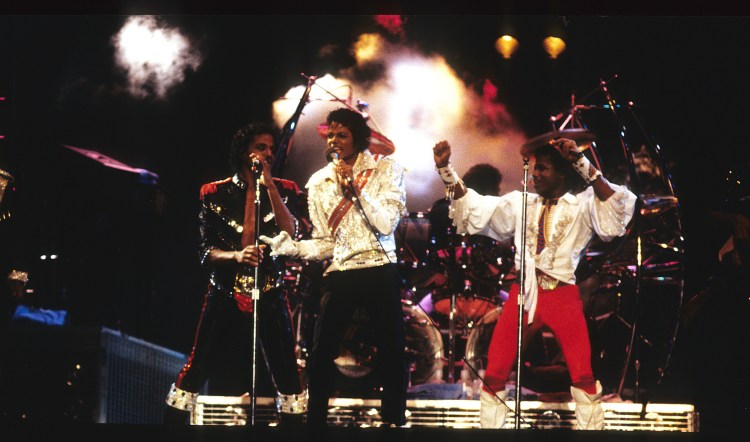 The concert started with all five brothers marching down a set of stairs with sequined military-style jackets (complete with slick jerry curls and sunglasses). The Jackson’s looked cool, super cool. Almost like real-life superheroes. From there, the brothers busted into an incredible rendition of “Wanna Be Startin’ Somethin,” and a few other hits.

Now, while the military outfits looked cool, one can imagine that at some point the Jackson’s started to get a little hot with all that dancing under those bright lights. So…they took the jackets off, and from there we saw each Jackson dressed differently. Randy would typically be in a white vest. 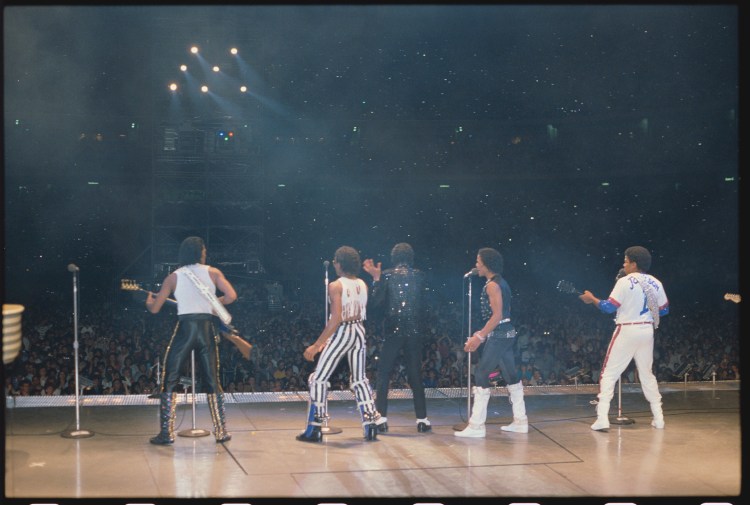 Jackie would usually be in a long-sleeved shirt that at times was blue. Michael’s attire during this part of the show was usually the same—a long sleeve white shirt that was tucked into black pants with a Michael-esque belt. Depending on the night, you could see Marlon in either a long-sleeved shirt (which he would normally rip), or a vest, and Jermaine would take the opportunity to rock customized jackets.

For the mid-part of the show, the outfits pretty much remained the same, as the brother’s performed their fan favorites such as “Human Nature,” “This Place Hotel,” and their early J5 hits “I Want You Back,” and “The Love You Save,” and “I’ll Be There.” After taking their bows and bidding farewell to the crowd with a fake ending, The Jackson’s would come back for an encore that included some more style magic. 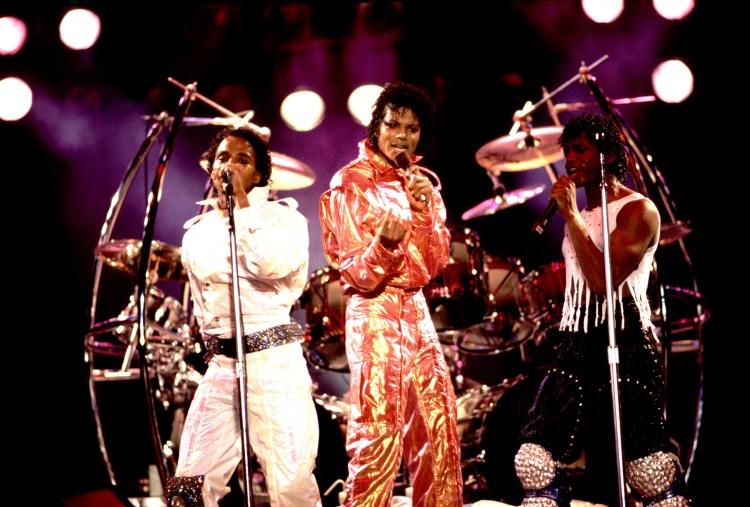 The encore would open with Michael’s 1979 single “Workin’ Day and Night” from his adult solo debut solo Off The Wall, and it was here that we would see Michael and Marlon in jumpsuits, with Marlon’s being white, and Michael’s being a glittery orange. From there, Michael would rock it solo dolo with Thriller standouts “Beat It” and “Billie Jean.” For “Beat It,” Michael would wear his infamous red jacket, and with “Billie Jean,” he would rock his legendary fedora, sparkly sweater, and sequined glove. 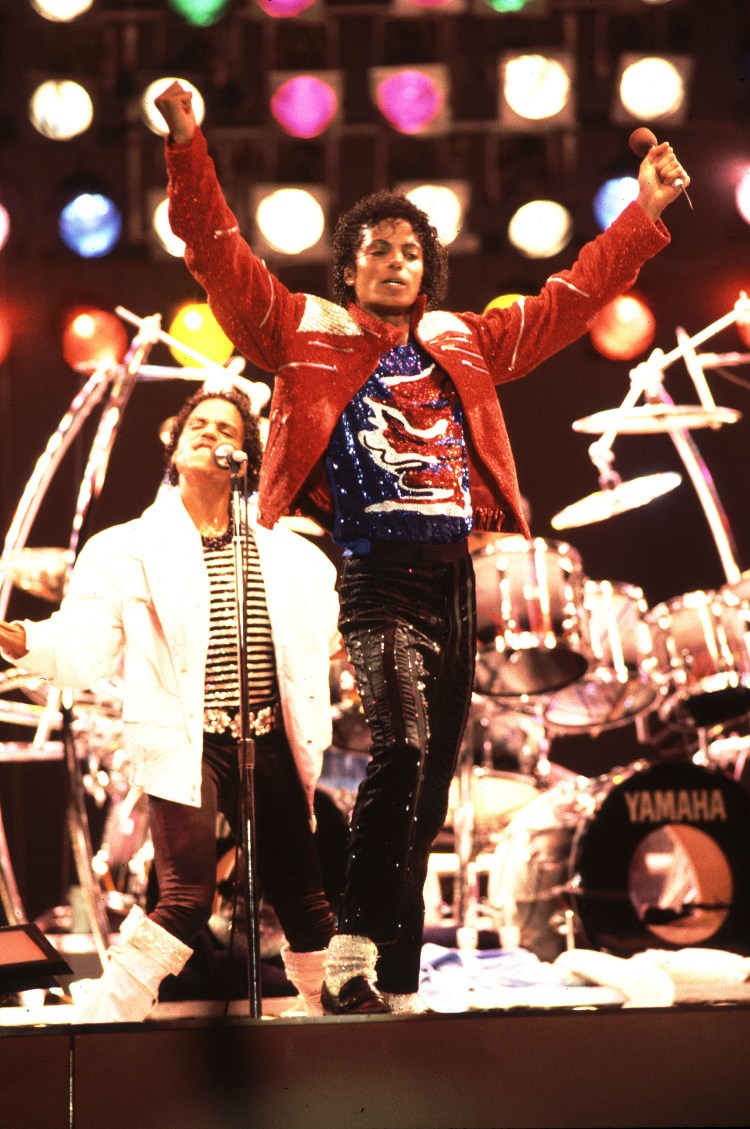 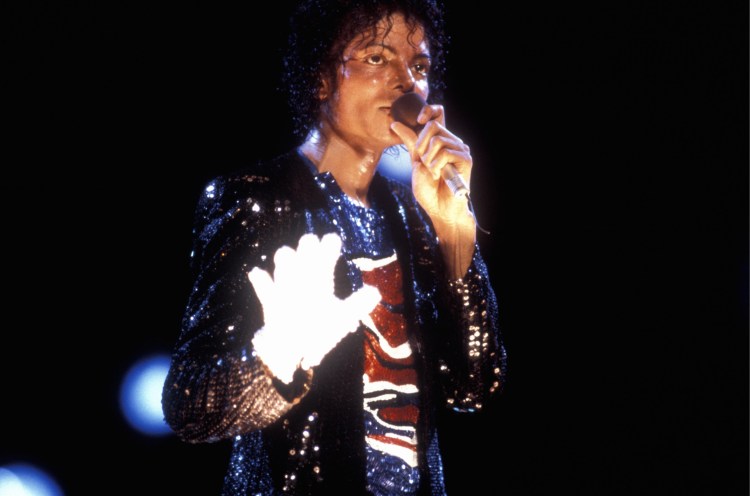 As you all know, the fedora would get thrown into the crowd during the opening moments of “Billie Jean,” but the sweater and glove stayed on as Mike reunited with his brothers for the “Shake Your Body” finale from their 1978 album Destiny.

Michael wouldn’t begin working with his personal designers Michael Bush and Dennis Tompkins until the following year, so we had to do a little digging to find out how the Victory Tour costumes came to be.

We know for sure some of the stage costumes were made by renowned celebrity designer Bill Whitten. Whitten was discovered by Neil Diamond, and also styled The Commodores. Whitten was also the mastermind behind Michael’s rhinestone glove and crystalized socks. 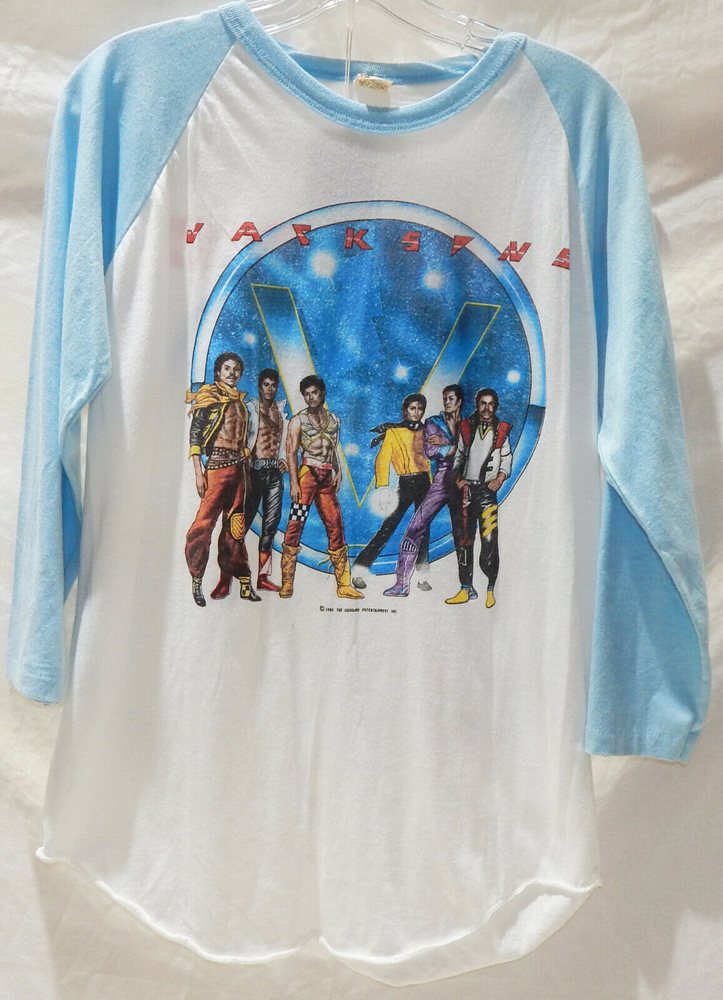 Authentic Victory Tour merchandise is a little hard to find, but there are still some gems out there. We know for sure that there’s a long sleeve shirt released in 1984, which features the cover of the Victory album. There’s also a similar t-shirt style version in black, along with a vintage style tank featuring Michael in his signature Billie Jean shirt that was sponsored by Pepsi (who was also the sponsor of the tour).

July 6th, 1984 is certainly a date to remember as it kicked off one of the most legendary and highest-grossing concert tours of all-time, and like we said before, the costumes definitely left a lasting impression.